Garbage ... I Will Never Waste My Money On Apple Products Again

If you like to travel as much as I do, a computer is a necessity in your home away from home and I take mine wherever in the world I go. Having heard wonderful things, propaganda, about Apple products, I took the leap less than two years ago by purchasing a Macbook Pro, then an iPhone 5C. What a mistake!

Just shy of warranty expiration, my Mac's OS went TANGO UNIFORM (military speak for hard‐broke), causing me to spend countless hours on the phone with support, wiping my hard drive clean, reinstalling the OS, and recovering everything from backup ... several times. Then my 6 month old iPhone died while on vacation in Puerto Rico, stranding us in an unfamiliar area while using Google Maps to navigate the island, losing my ability to take vacation photos/video and unable to contact relatives back home over the holidays.

Most recently, my MagSafe power adapter's (plastic) "L" connector head broke off. After removing it with a pair of pliers, I super‐glued it back on, allowing me to charge my computer for a couple weeks, but now it will not charge at all. Having paid close to $3500 for three Apple products (including my wife's computer), I would expect better quality, but what should I expect from overpriced products Made in China? I was shocked to see that Apple wants $79 for a replacement MagSafe adapter. Where else would you pay $80 for a power cord other than Apple? Nowhere! Based on the reviews this product has garnered, it is a piece of $80 junk just like the rest of Apple's products, I can see that my problem is fairly common. I will buy a new adapter from another supplier for just $30 and I will never buy another Apple product again.

CombatCritic Gives Apple, Inc. and their MagSafe 60W Power Adapter A Dismal 1 Bomb Out Of 10 ... More Bombs Are Better!

Title: Garbage ... I Will Never Waste My Money On Apple Products Again 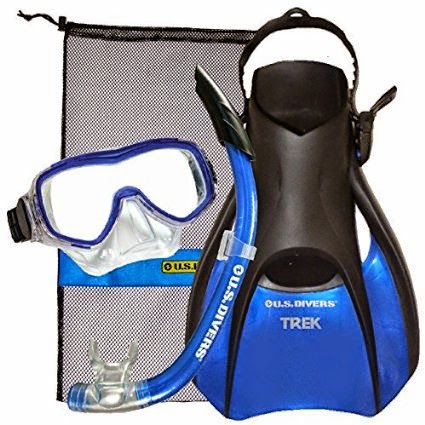 For the price, the equipment is quite well made. We purchased the set (mask, snorkel, fins, and a mesh bag) for a trip to Puerto Rico and they held up quite well over three weeks. Sturdy, leak-proof, and cheap, the set worked quite well for basic, novice snorkeling, but if you are serious and plan to snorkel over a long period or SCUBA dive, you should definitely invest in a more expensive, durable set.

Photo Courtesy of Amazon.com
Author: CombatCritic at 11:45:00 AM No comments:

Clean, Safe, Fair Priced and Unlike Anthony Bourdain … Some Reservations

New Delhi (Paharganj), India: I found Hotel Heritage Home on TripAdvisor and made my reservation on Booking.com after reading numerous good reviews. The hotel is just a few blocks from the Ramakrishna Ashram Marg Metro station (opposite end from the train station) on Main Bazaar and just around the corner from Café Festa. It was easy to spot because of the good signage in front. It has a clean, open, rustic feel with a long entry through automatic glass doors, a small reception along with a travel office, an elevator and a rooftop restaurant. The area around the station is seedy to say the least, but vibrant, energetic, and colorful although filthy as is the case around much of Delhi.

Arriving at 1:30 AM after a 30-hour journey, I decided to defer to the hotel to pick me up at the airport. My driver spoke little English, but was right where I was told he would be with my name on a sign. The drive took about 25 minutes with little traffic due to the early hour. The trip was quoted at 900 Rupees ($14.65), not unfair by American standards but 500 Rupees more than the “standard” (400 Rupee - $6.50) fare from the airport to Delhi. In fact, when I inquired about my return trip to the airport, I was quoted 400 Rupees, so maybe there was a “late arrival surcharge”, an not totally unreasonable assumption.

I booked a “standard” room (1200 Rupees/night - $19.50), but found out the next say I was upgraded to a “deluxe” (normally 1800 Rupees - $29.25). The room was basic with marble floors, a large king bed, flat screen TV and cable, a small wardrobe, mini-sofa and table, and a bathroom that also serves as a shower due to the lack of a curtain or door. The room was fortunately in the back away from the street with no windows, which is not a bad thing considering I am sensitive to light and noise when I sleep and Main Bazaar is extremely loud due to the crowds below and the incessant honking of horns that Delhi drivers seem to thrive on.

The hotel’s travel office is convenient and helpful, but based on the prices I was quoted you may be better off booking your (train/bus/hotel/sightseeing) reservations online or directly with the provider as travel agents (and most other businesses) in this area are notorious for overcharging tourists. I will defer my opinion until I can compare quoted charges with online/counter prices through the respective purveyors.

Their rooftop restaurant is “relatively” quiet and inviting with plants, three parakeet cages, and local furnishings with several tables sitting below their own canopy for shade from the warm Delhi sun. The waiters speak barely passable English, but are attentive, efficient, and friendly. The menu has few beverage options, including bottled water, coffees (30-35 rupees – 55 - 60 cents), teas, shakes and other local drinks as well as vegetarian breakfasts, appetizers, pastas, sandwiches, and several options from India. There is no Diet Coke or other low calorie soft drinks and the coffee adequate, seemingly instant and likely Nescafe. The offerings are cheap by American standards, but not great. In two visits, I tried the egg and potato breakfast (80 Rupees - $1.30), accompanied by two pieces of toast (butter and jam), and a coffee with milk (35 rupees). It was adequate, but an excellent value. For dinner I went with the butter chicken (170 rupees - $2.75 – normally, one of my favorites) and an order of garlic cheese naan (60 Rupees - $1.00). The butter chicken came in a tomato-based sauce that tasted like sweet spaghetti sauce, not the creamy, savory variety I have come to love in restaurants in the U.S. and England, and the naan was slathered in butter/oil, a bit too much for my taste.

My biggest disappointments were the unexplained airport surcharge mentioned earlier, the horrible and nearly non-existent internet, and the phantom (500 Rupee) SIM card charge for my iPhone. The internet seemed to work OK upon my arrival and I was fortunately able to Skype with my wife and let he know I was alive, but it was “down” the next two days (the manager said it was their service provider’s fault) and accessible the next two, but so slow that my browsers gave up trying to load. Google also locked me out of all my email accounts because they thought someone was trying to hack me from India, but I could not access my ten accounts to resolve the issue due to lack of internet. What fun! When I told the manager that I wanted to get a local SIM card for my phone, he gallantly offered to have a colleague help me out. I was quoted 500 Rupees ($8.15 for a SIM card) and 495 Rupees for 2GB of 3G data. The data is an excellent value compared to American standards, but when I went to the Vodaphone store in Connaught Palace the next day because I could only get 1G data service throughout Delhi, I was told that “SIM cards are free, you should not have been charged for one”. Oh well, live and learn!

There are much cheaper (and more expensive) options available in Delhi, but if you are looking for a reasonably priced hotel, centrally located near the Metro in an area not abundant with clean, modern facilities, then Hotel Heritage Home is a good option, but be careful about add-on services as they are likely highly inflated.

… Would Have Been 8 If Not For the Airport Surcharge, Internet Fiasco, and Extraneous SIM Card Charge .. MORE BOMBS ARE BETTER!


I wanted to go to a beach a few miles from where I was staying in Varkala, Kerala (India) and as I was waiting at the bus stop, a bus full of students stopped and told me to get on. I though it was a public bus, but they were apparently on a school trip to a beach farther north up the coast.

As the bus started down the road, the music went on and the kids started dancing and singing. They all wanted to take a photo with me as we neared my destination and as I got off the bus I asked who I should pay and how much. They told me "don't worry" as they drove off into the Kerala sunset waving goodbye as they continued singing.