Arlington National Cemetary has a hallowed and illustrious past and is the final resting place of thousands of American heroes, including John F. Kennedy and his brother Bobby, Chappie James, George Patton, and John Pershing among many others.

When a family loses a loved one, the very least that can be expected is for the people making the funeral arrangements to treat the mourners with dignity, respect, and compassion ... AT THE VERY LEAST. A recent experience with Arlington, while making funeral arrangements for my father, a World War II Veteran and my hero, leaves me extremely concerned that the loved ones of American heroes are being ignored, neglected, and instead of making a very difficult period easier and more stress free, Arlington is only contributing to their stress.

It is not as if Arlington does not have enough data available, having existed since 1860 with over 300,000 inhabitants, so how is it that they can virtually ignore us when we contact them to make funeral arrangements, stating "we can neither tell you when a funeral can be scheduled nor when we will even contact you to schedule it"?

We had a funeral scheduled for my father last August, but had to postpone it when our house sitter backed-out just two weeks before the service. Rather than wait until the last minute to let Arlington know, we decided that we would cancel two weeks out and reschedule at a later date so that some other grieving family could utilize the time and resources allotted for my father. It seemed like the right thing to do.

But when I contacted Arlington by email on March 20th, 2014, two months before our proposed funeral date and my father's 89th birthday (May 22nd, 2014), I did not hear a word for five days, so I called their toll free number. 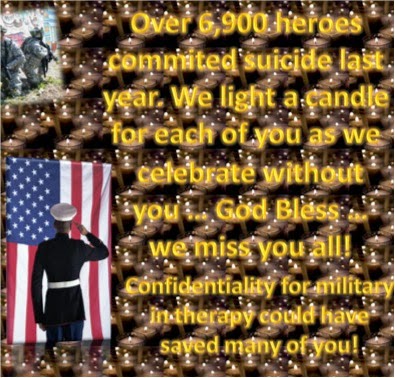 I was told that my request had in-fact been received and that we were in the "scheduling que". I asked the woman when we might expect to be contacted, telling her that we and other family members needed to make travel arrangements and that the date of the funeral would affect when my wife could travel to Italy to visit her ailing parents, but she told me "you'll just have to wait". Asking her how it was possible that they could have no idea how long it would take to contact us, she told me that all I could do is "call back and inquire from time to time".

I called back a few weeks later, but was told the same thing, "you will have to wait" and "we cannot provide any more information". That was when I became not only insulted, but incensed about not only the way we were being treated, but the treatment everyone else in "the que" is also experiencing. So I sent the following email to Arlington:

We have been attempting to schedule my father's funeral for his birthday, May 22nd, this year, but your schedulers refuse to provide any information regarding when we might expect a burial. We have numerous obligations which cannot be finalized, totaling several thousands of dollars, until we have a funeral date, including travel plans for several people to attend the funeral, house sitting, my wife's travel plans to visit her elderly and ailing parents in Naples, Italy among others.

ANC is not new to this endeavor and should have historical information which could provide an estimate of how long it will take to be contacted by a scheduler and how far out burials can be scheduled based on those currently in the system. Keeping loved-ones waiting unnecessarily, unable to make plans only because your employees refuse to take the needs of others into consideration is unprofessional.
I realize that it is an honor to be buried at ANC and that your staff are overburdened by the number of funerals they are required to schedule, but a small amount of dignity, consideration, and foresight could eliminate any additional hardship on families already affected by the loss of a loved one.

Here is the reply I received:

We appreciate your feedback correspondence, which prompted this automatic e-mail response. Someone will be contacting you shortly with a tracking number.  Given the varying nature and types of inquiries we receive, we cannot comment on how long each specific type of inquiry should take. However, we are acting on your inquiry. Should you like to check its status, please feel free to call 1-877-907-8585 and provide your tracking number.

With over 300,000 data points, you would think that Arlington could extrapolate based on the number of requests, funerals in "the que", and employees available, and give mourners a rough idea when their loved ones might be buried OR at least when they might be contacted to make final arrangements.

Three weeks out from our desired funeral date and 13 days since I was told I would be contacted with a "tracking number" regarding my email, I had still not been contacted. We had to cancel our plans for the May 22nd funeral because travel costs were skyrocketing and my wife needed to make plans to travel to Italy to see her ailing parents. We not only  wasted weeks of preparations for the event, we also had to pay an additional $400 in airfare due to waiting until the last minute to make airline reservations thanks to Arlington's lack of professionalism, concern, respect, and compassion.

The implications in terms of our lives are minimal compared to the grieving families of those who have recently lost a loved one and are stuck in the que waiting for a funeral date without hope for even a clue as to when they might be contacted. What happens to the remains of those waiting weeks or months while Arlington pencil pushers and bureaucrats sit on the paperwork, deciding when they might grace us with their presence and alleviate the suffering they have unduly caused to the grieving families of America's heroes?

There is more than enough data for Arlington to figure out what their schedule looks like and how many requests they have in the que, providing at least a rough idea when families might be contacted and a ballpark figure as to how far out funerals are being scheduled so that loved ones can make appropriate plans, inviting family and friends to travel to Virginia and honor the deceased with the dignity and respect they deserve. Currently, they are failing miserably and whomever is in charge of our Nation's most respected military cemetery should be ashamed, very ashamed.

It has now been nearly two months since I contacted ANC to schedule a funeral for my father and over 3 weeks since I was promised contact and a "tracking number". It appears at this point that one of three things is happening: 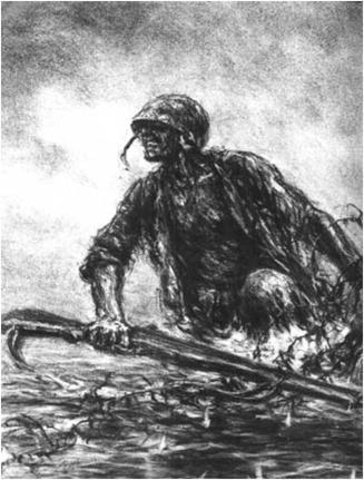 In either case, the result is unacceptable. Again, we have only been inconvenienced in terms of plans and money lost as my father's cremated remains have not deteriorated or putrefied during the two months we have been waiting for Arlington National Cemetary to contact us with a date for his funeral. Yes, my wife has to curtail her visit to Italy to see her family so we can possibly have his funeral in August before she returns to work at KU and maybe ANC staff will contact me in time ... MAYBE?

In any event, I have experienced enough indignity and disrespect from the people we, American taxpayers, pay to manage the final disposition of our Nation's heroes and will contact my US Senator, Pat Roberts (R - KS), asking him to intervene on our behalf and on behalf of other families whom may be experiencing much more than inconvenience as a result of Arlington National Cemetery's complete lack of competence and professionalism.


As confirmed on March 25, 2014, you received my request for a funeral for my father, PFC Joseph Sorrentino, on May 22nd, 2014 (Case #150016). I have called and emailed several times since, but here it is nearly two months later and your staff refuses to contact me. We had to cancel plans for the funeral and have incurred added expenses because your employees refuse to let us know when we can expect to schedule my father's funeral. This is unacceptable!
I was promised a response and case number after I contacted you on April 17, 2014:

We appreciate your feedback correspondence, which prompted this automatic e-mail response. Someone will be contacting you shortly with a tracking number.  Given the varying nature and types of inquiries we receive, we cannot comment on how long each specific type of inquiry should take. However, we are acting on your inquiry. Should you like to check its status, please feel free to call 1-877-907-8585 and provide your tracking number.

If I do not hear from your staff by Monday, May 12th, 2014, I will file a Congressional Complaint with my US Senator, Pat Roberts (R-KS). You can read the whole story on my blog: http://www.combatcounselor.com/2014/04/arlington-national-cemetary-anc-could.html 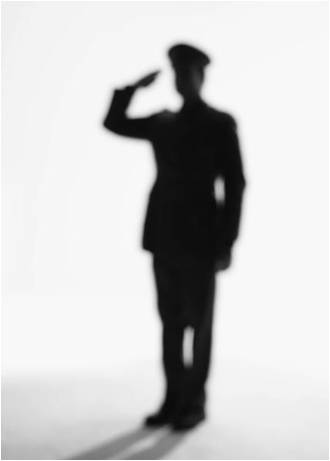 This is not the first problem experienced because of incompetence at Arlington as has been reported in the Washington Post, NBC News, and various blogs, with hundreds of remains being unaccounted for, misplaced, or otherwise disrespected. THIS IS UNACCEPTABLE AND SENATOR ROBERTS SHOULD ACT WITHOUT DELAY IN CORRECTING THESE GRAVE DEFICIENCIES AND THE LEADER RESPONSIBLE FOR ARLINGTON SHOULD BE ADMONISHED, REPRIMANDED, OR FIRED.