Lawrence, KS: You Can Get Anything You Want At "Alces" Restaurant ... "Moooooooose"


My friends, yes I actually have friends, had told me wonderful things about Blue Moose, but when I read the reviews on yelp*, I had my doubts. Lawrence is not all that big, but we rarely get over to West Lawrence, so having dropped off a UHaul in the area, we decided to give the Moose a shot (pun intended). 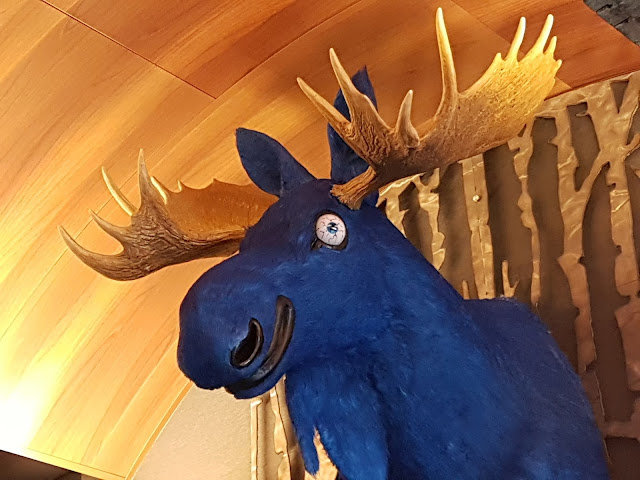 We were told there was a 30-minute wait, but there were a slew of empty tables, at least seven or eight on the side of the restaurant we could see alone. How can there be 25 people waiting in the lobby and a 30-minute wait with so many empty tables? 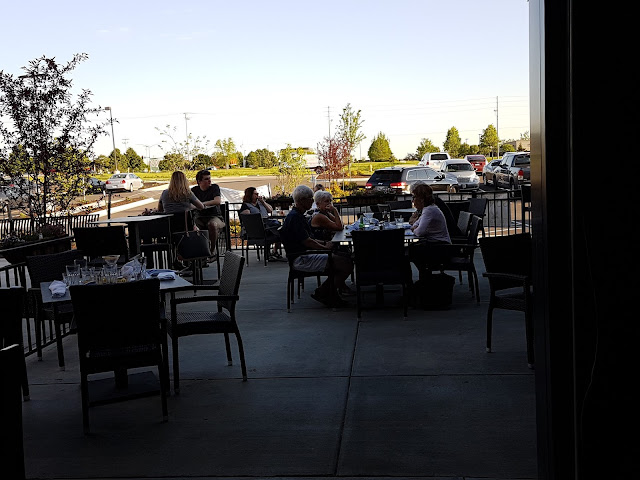 The menu is eclectic - "American New - in metrosexual speak, with choices from Mexico (empanadas, fish/carne asada tacos, quesadillas), Italy (pasta, flat bread pizza), Asia (wontons, curry, and America (burgers, steaks, chicken). The decor is modern and tasteful, but cold with the stone and wood surfaces that have become so cliché these days.

We decided to sit at the bar to speed things up, but the bartender pretty much ignored us for 15-20 minutes after serving us our drinks and giving us menus. Now I have seen firsthand why they have only garnered 2.5 stars so far. Our order was finally taken by his assistant and our starter, the Beef Empanadas ($7.99), arrived shortly thereafter. They (3) were actually quite good with a deep fried cornmeal exterior and a beef, cheese and poblano pepper interior, accompanied by an avocado salsa and sour cream. They were crispy, not greasy, and the flavors quite pleasing to the pallet ... Olé! 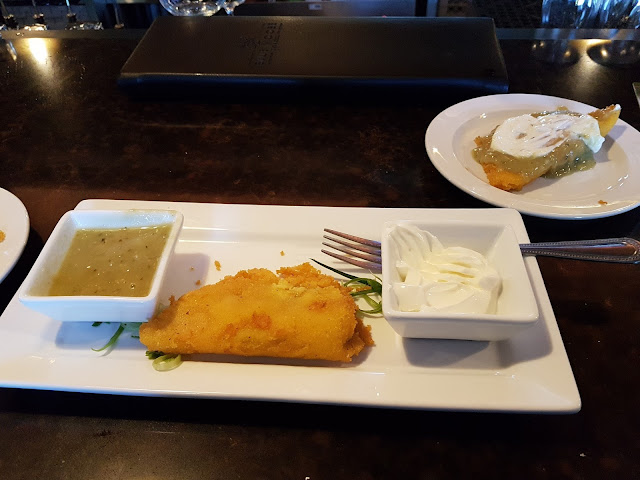 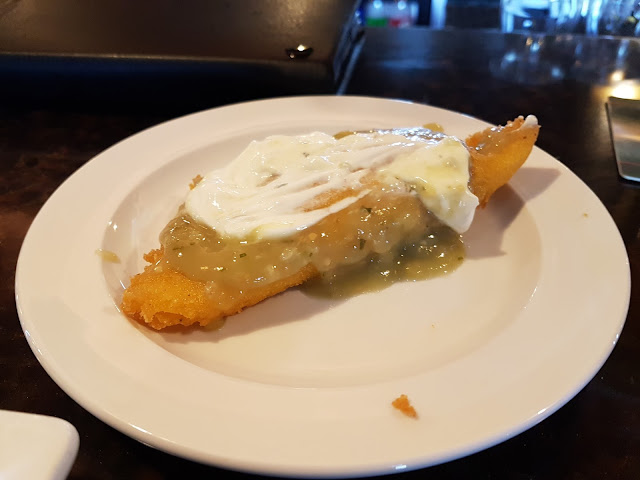 My wife's Build Your Own "Mac N Cheese" ($9.99) with sauteed mushrooms and steamed broccoli (99¢/ea) were topped with garlic butter breadcrumbs and came with a ciabatta in an interesting bowl that presented the dish rather nicely. I thought it was a bit bland, but my pasta loving Italian thought it was quite good ... Mama Mia! 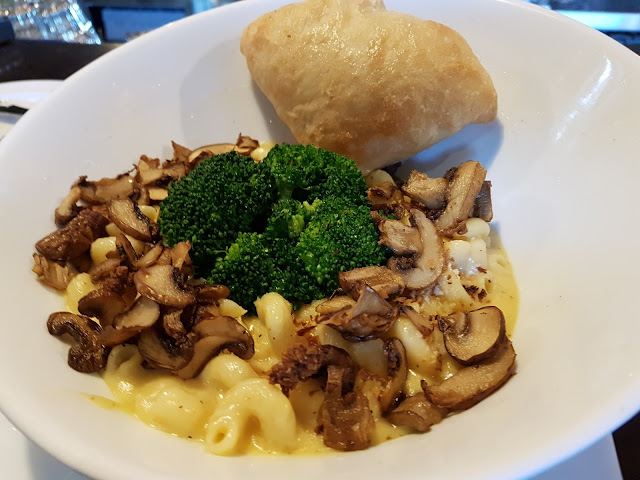 Like most restaurants I visit for the first time, I like to see if they get the basics right, so I ordered their Blue Moose Burger ($10.99), medium-well, with sauteed onions and bacon. You can "add a house salad" to an entree for $1.99, but the sandwich menu states: "Sub a 'small' house salad" for $1.99. I found it hard to believe that you could get a "whole" house salad with an entree for $1.99, but you had to substitute your fries (etc.) for a "small" one for the same price, so I asked the beertender. He confirmed my disbelief, telling me that you in-fct have to give up your side in order to get a salad ... and you have to pay an extra $1.99 ... Good Grief! 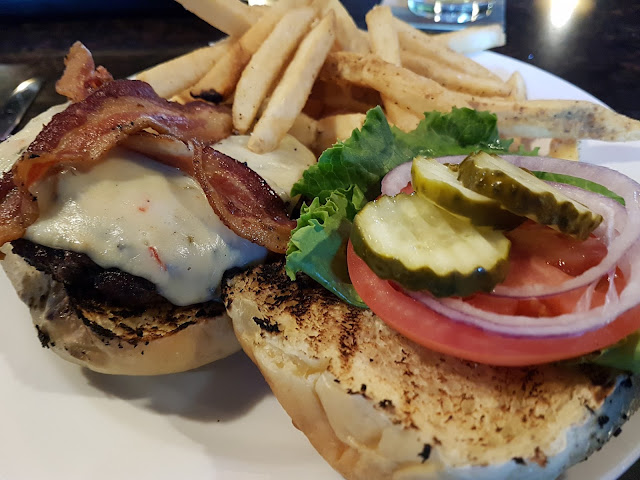 The burger arrived with fries, sans small salad, but also missing were the sauteed onions I ordered. I do not like bloody meat and medium is about as raw as I will go, but this burger was well done and dry. The flavor was not bad and the patty big enough, but the sauteed onions would have added some much needed moisture had they been where they were supposed to be. The highlight of my meal were the fries, hot and crunchy, not crispy, with a spicy zing that was a pleasant surprise ... Holy Cow!
I was torn ... bad reviews, only a few weeks in business (bugs to work out), 30-minute wait, empty tables, inattentive bartender, decent service, great empanadas, overcooked meat, incomplete order ... Oh My! 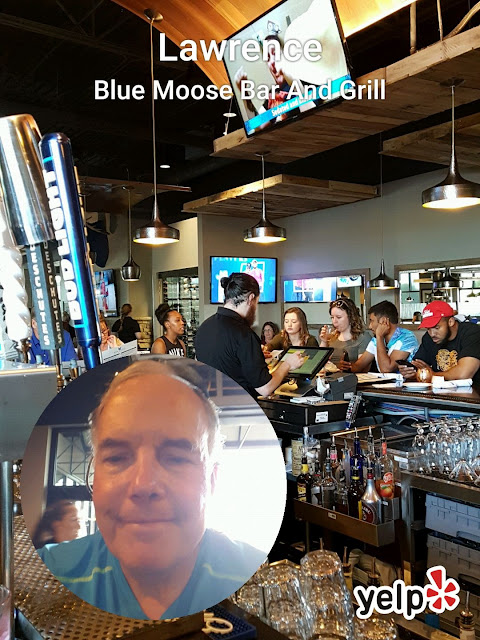 In the end, feeling overly liberal - with our pending move to the Left Coast - I decided to give them the benefit of the doubt , adding an additional BOMB or two (1-star on a 5-star scale - rounding up). Normally, a somewhat lackluster performance such as this would result in 4-5 Bombs, but I decided to increase their "middle of the road" yelp* average by just a tad because I see some potential ... You're Welcome!

Title: Lawrence, KS: You Can Get Anything You Want At "Alces" Restaurant ... "Moooooooose"