Hostal Macavi
C/ Écija,11
11520 Rota (Cádiz), Spain
Phone: + 34 956 81 33 36
Website: hostalmacavi.es
Prices: €€€€
I had a reservation through Booking.com at Hostal Playa Candor in Rota, but I finally gave up waiting for a closed hostel to open, having a medical appointment at Naval Air Station Rota early the next morning. Upon arrival, the hostel was dark with no sign of life and nobody answered their phone, but I was lucky enough to find a hostel just down the street, Hostal Macavi, which was obviously open and where I was given a very nice room. They were also very nice, professional, and kind, unlike Hostal Playa Candor.
I was greeted by the owner, Vicente, at the door of Hostal Macavi at 22:00, arriving without a reservation and was told they had rooms available for just €30 ($36) for the night. 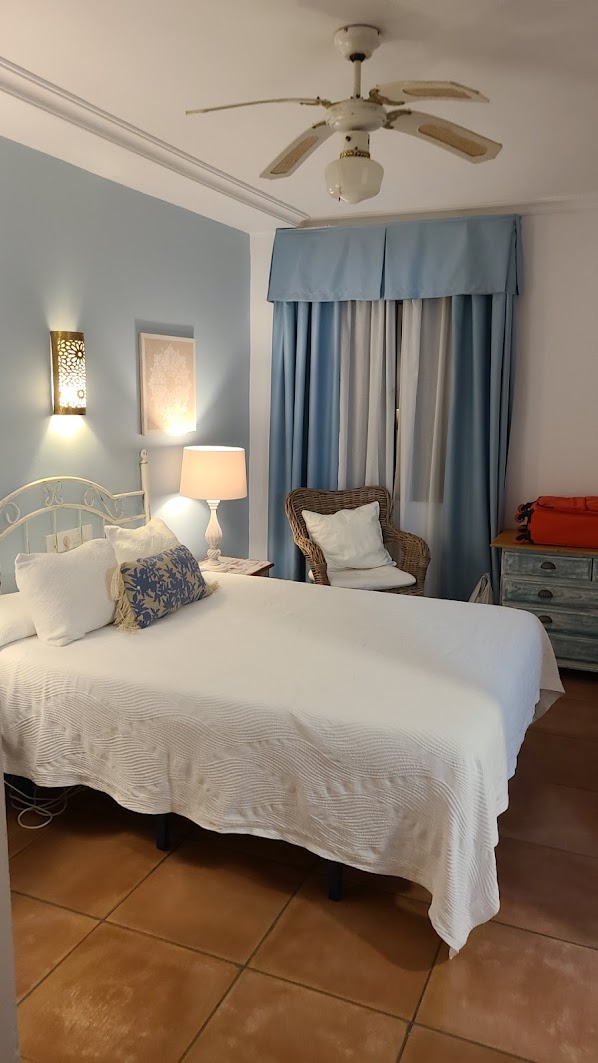 His English was good enough and better than my Spanish, so communication was not a problem. Vicente told me where I could park and even came outside on a chilly, windy night to ensure I found a legal place to secure my car for the night. 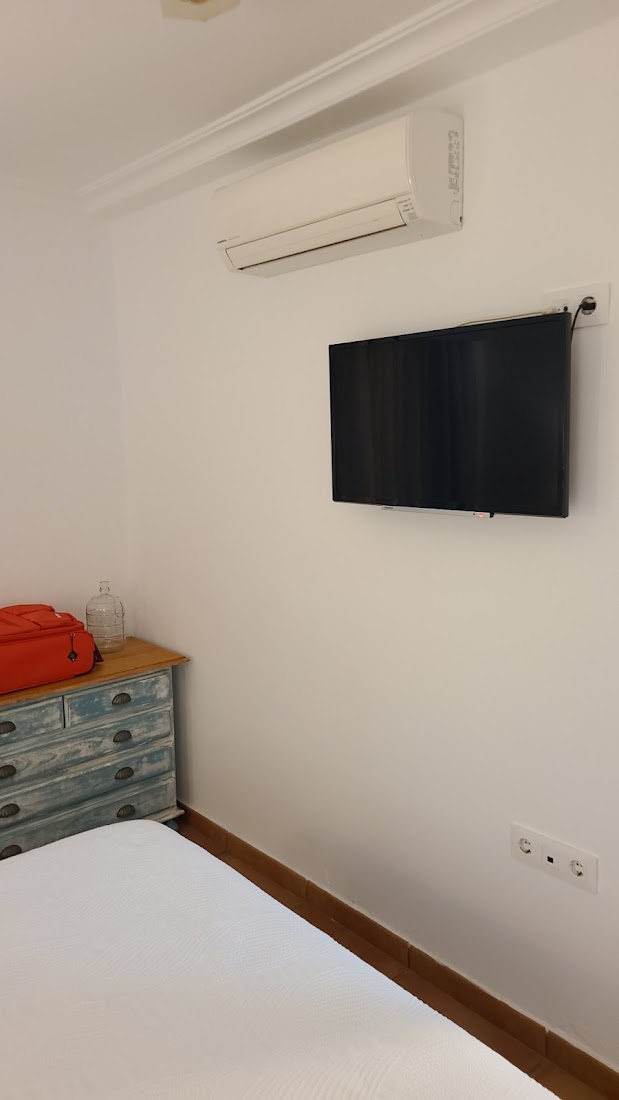 I took the elevator to the 1st floor and when I saw the room, I was very pleasantly surprised for the price I paid. Large and simply, but tastefully decorated with a full size bed, a chair and table, closet, clean linens, a nice, big bathroom and a 42" TV mounted on the wall. They had Wi-Fi, but the signal was so weak, I could not connect. No bother as I had to get to sleep and get up early for my medical appointment early the next morning. 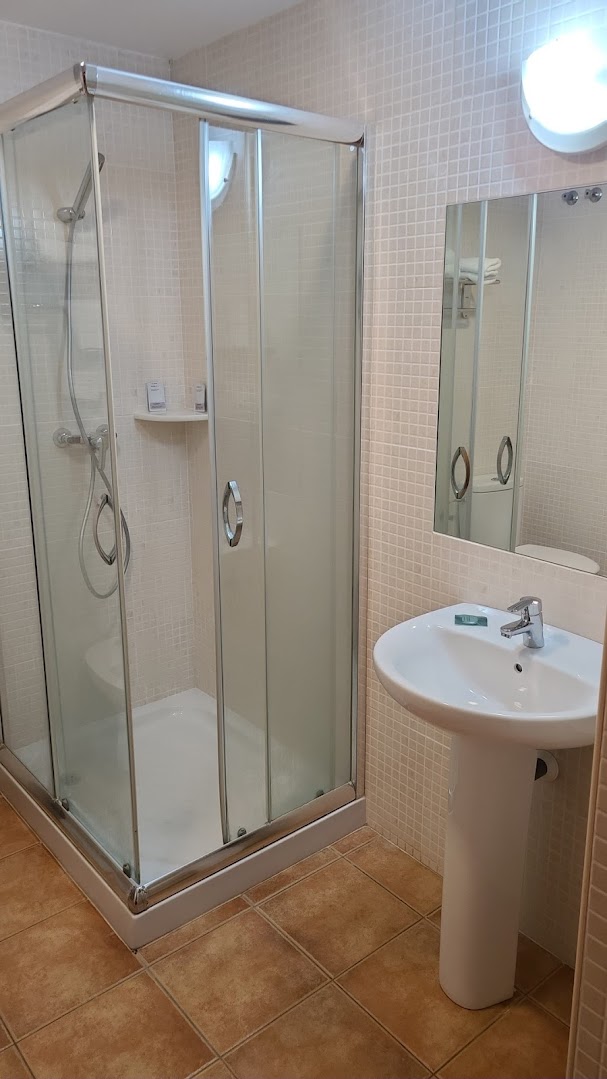 I slept like a log on the comfortable bed with no noise all night, took a shower in the huge enclosure, got dressed and went downstairs for a hot cup of coffee before departing. 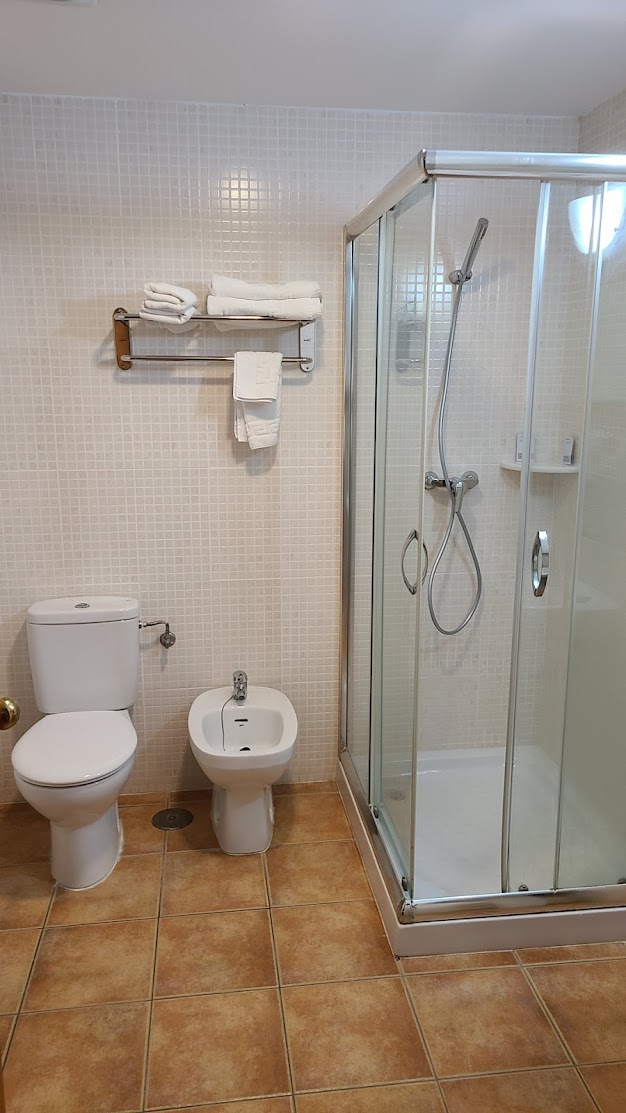 Carlos cheerfully greeted me and we chatted for 45 minutes while I drank my coffee. His English was very good, having lived in the USA and England for many years. When it was time to go, he said 'that will be €1', a fair price for a double shot Americano with milk and sugar in an American size coffee mug ... HOOAH!
CombatCritic Gives Hostal Macavi 10 Bombs Out Of 10 And A Spot On My 'WALL OF FAME' ... More Bombs Are Better!

... And Don't Forget To Subscribe To TravelValue TV on YouTube and our sister channel, CombatCounselor Chronicles, with Over 1,250 Subscribers and 1,000,000 Video Views ... HOOAH!
Title: Hostal Macavi: Inexpensive, Clean, Comfortable And Friendly, Unlike Hostal Playa Candor Down The Street