Let Me Summit Up … Do Not Let Appearances Fool You!

Let Me Summit Up … Do Not Let Appearances Fool You! 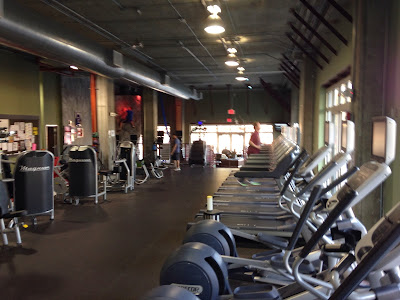 A severely disabled Veteran and retired (2005) Air Force lieutenant colonel, I try to take care of the body I am left with after 20 years of austere environments and over 4 years in combat zones (Operations JOINT ENDEAVOR, ALLIED FORCE, SOUTHERN WATCH, AND ENDURING FREEDOM.  I cannot do as much as I used to or as I would like, but the gym is one of the few places I can relax and, beside the golf course, a safe haven where I can cope with the stresses of life. I spent most days of my 20-year career in military gyms and have been a YMCA member for over 10 years, but when we moved to Lawrence, Kansas in August of this year, I was disappointed to find that there was no YMCA in Lawrence. A town of 90,000 and no YMCA?

I bought a Groupon for a 6-week trial at Genesis Fitness for $20, expecting to join if I liked the facility. I did not. The facility was filthy, the sauna never worked, and when I spoke to a manager about joining, he insisted I must pay a $75 “joining fee” and sign a contract for 2-3 years if I wanted their best monthly rate. Hard-sell gym tactics, contracts, and application fees went out with the 20th Century, or so I thought, so I told the man that I would take my business elsewhere. He could have obviously cared less.

I decided to try The Summit, a modern facility in a relatively new building just five blocks from our new Lawrence home (it is actually over 150 years old and a historic home) due to its proximity and a four-month “Fall” special for $150. Not a fantastic bargain ($37.50 per month – I paid less at the Kansas City YMCA which is much nicer, larger, and with many more fitness options). The facility seemed clean and the staff appeared to be friendly and helpful, or so it seemed, so I signed-up for the special (with no initiation fee) with the understanding that I would pay $41.00 per month if I decide to continue.

I liked the facility for the most part, documenting my experiences along the way on Yelp, Foursquare, Facebook, and Twitter. Here are a few: 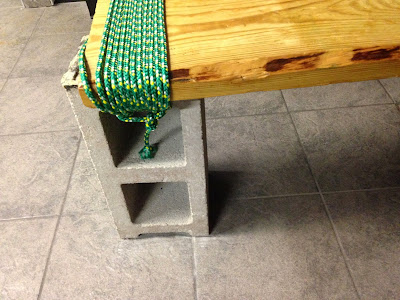 The Summit 10/16/2013
“The bench in the men's locker room is wonky and the TV on the first machine didn't work, but it's cleaner than Genesis by a mile!”

The Summit 10/19/2013
“The only concerns thus far are the saunas, which never seem to be hot enough, and the fans (the kind with blades), which always seem to be on, even on the coldest days. Yesterday was cold (45 degrees) and it was cold inside, but they still had the fans going full blast. When I asked if they could be turned down/off, the young lady behind the counter said "no". Being one of just three customers at the time, I do not think it was an unreasonable request.” 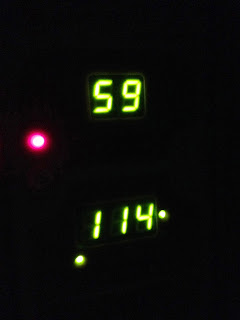 The Summit 10/24/2013
“I like the proximity and cleanliness, but the fans, sauna, and locker room benches leave MUCH TO BE DESIRED”

The Summit 10/28/2013
“I spoke to quickly in yesterday's check-in. Fans are going full blast today and it's freezing in here. Yesterday must have been a fluke ... They aren't monitoring social media after all and that's going to cost them that 4th star!”

The Summit 10/31/2013
“Can't tell if it's chance coincidence or if staff read my comments...today the fans are off and there's a real bench in the locker room...THANKS!”

Having studied diet and exercise extensively over the years for my own benefit and that of my clients (I am a licensed professional counselor specializing in mindfulness-based cognitive behavioral therapy - CBT), I understand the importance of a combination of aerobic activity (running, elliptical, etc.), resistance training (weightlifting), and flexibility (stretching).  I normally use the elliptical machines because they are easy on my knees and back, stretching and meditating afterward to complete my workout.

I had been stretching and meditating most days at The Summit because they had a wonderful thick red mat that was comfortable enough to meet my needs. Because of my disabilities, I find it painful and difficult to use the “Aeromats” (small, individual foam mats) most gyms provide for stretching because they do not provide enough padding, causing discomfort while I lay or sit on the ground.

When I went to stretch the other day, I noticed that the red mat was gone and replaced with mats similar to the Aeromats I dislike so much, so I asked Tanner (an employee) why my favorite mat was removed. He was very kind and helpful, explaining that the mat was worn on the bottom and had been taken away. He explained just yesterday that there was a similar red mat to the one I had been using in the “training” area of the facility and told me that his boss had said that I could use it to stretch if I chose to. I thanked him for his concern and kindness and went about my workout. 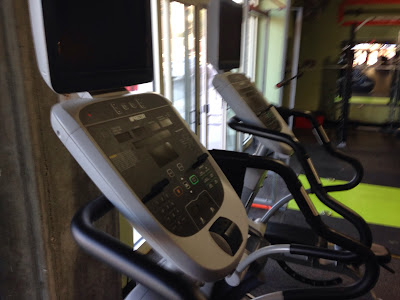 After completing my elliptical workout, I noticed that the training area was nearly empty and the red mat was not being used, so I entered to finish my workout with a good stretch and a few minutes of relaxation. As I moved to the mat to sit-down, I noticed one of the trainers (there were more trainers than “trainees”), a blondish 30-something woman with several tattoos on one of her arms, hovering around the area, stalking me like a security guard on a shoplifter. No sooner did I sit-down did she approach me stating, “Who are you working with today”.  I told her “nobody” and she told me that I was “not allowed in the area, it’s for personal training customers only”.  I told her that the owner had said that I could use the area to stretch, as Tanner had told me just a couple hours before, noticing one of the owners standing behind her like a back-up cop waiting to pounce on a criminal. She said, “Oh, you mean him” and I stated I did not know who, but that Tanner had told me just hours before that I had permission. Before I get the words out of my mouth, both she and the co-owner said “this area is for paying personal training customers only” (well excuuuuuuuuuuuuuuuuuuuuse me!) and at that I got up and left the area as ordered!

I believe in treating all with dignity and respect and as a business owner myself, particularly customers.  The Summit apparently does not hold the same values.  I found it extremely embarrassing to be stalked and thrown out of a facility I pay $40 per month to use and in such an unprofessional manner.  I have suffered many indignities at the hands of rude, self-centered people over the years, but never have I experienced such rude, unprofessional, and humiliating behavior in a place of business as I did at The Summit last night.

Now I feel anxious and stressed just thinking about returning to The Summit this afternoon, not knowing how I will be treated.  I am considering asking for a refund of my remaining fees, but there are few fitness options in this college town of nearly 100,000 other than Genesis, The Summit, and the University of Kansas (KU – where I can use their “world-class” facilities for just $20 per month), so I think I will wait until my trial period expires to find a suitable alternative.

My disabilities, including a great deal of pain, and mood are eased by exercise and a clean, safe facility is very important to me.  Except for the filthy air intakes (see photo), The Summit is very clean, but I DO NOT FEEL SAFE any longer.  It pains me that one of my respites, a safe haven in which I can de-stress and take care of a body ravaged by time and combat, the gym, is now a place that causes me stress.

Veterans Day is next Monday, a day on which we show our appreciation for the men and women who have served our great nation.  Instead of feeling appreciated, I feel abused, but then this is not the first time I have been made to feel less than welcome in a public setting in recent years and, I am afraid, it will not be the last … unfortunately.  If you like being treated with INDIGNITY and DISRESPECT, YOU WILL LOVE THE WAY THEY TREAT YOU AT THE SUMMIT IN DOWNTOWN LAWRENCE!

CombatCritic Gives THE SUMMIT 3 BOMBS OUT OF 10 ... Bombs Are Good!