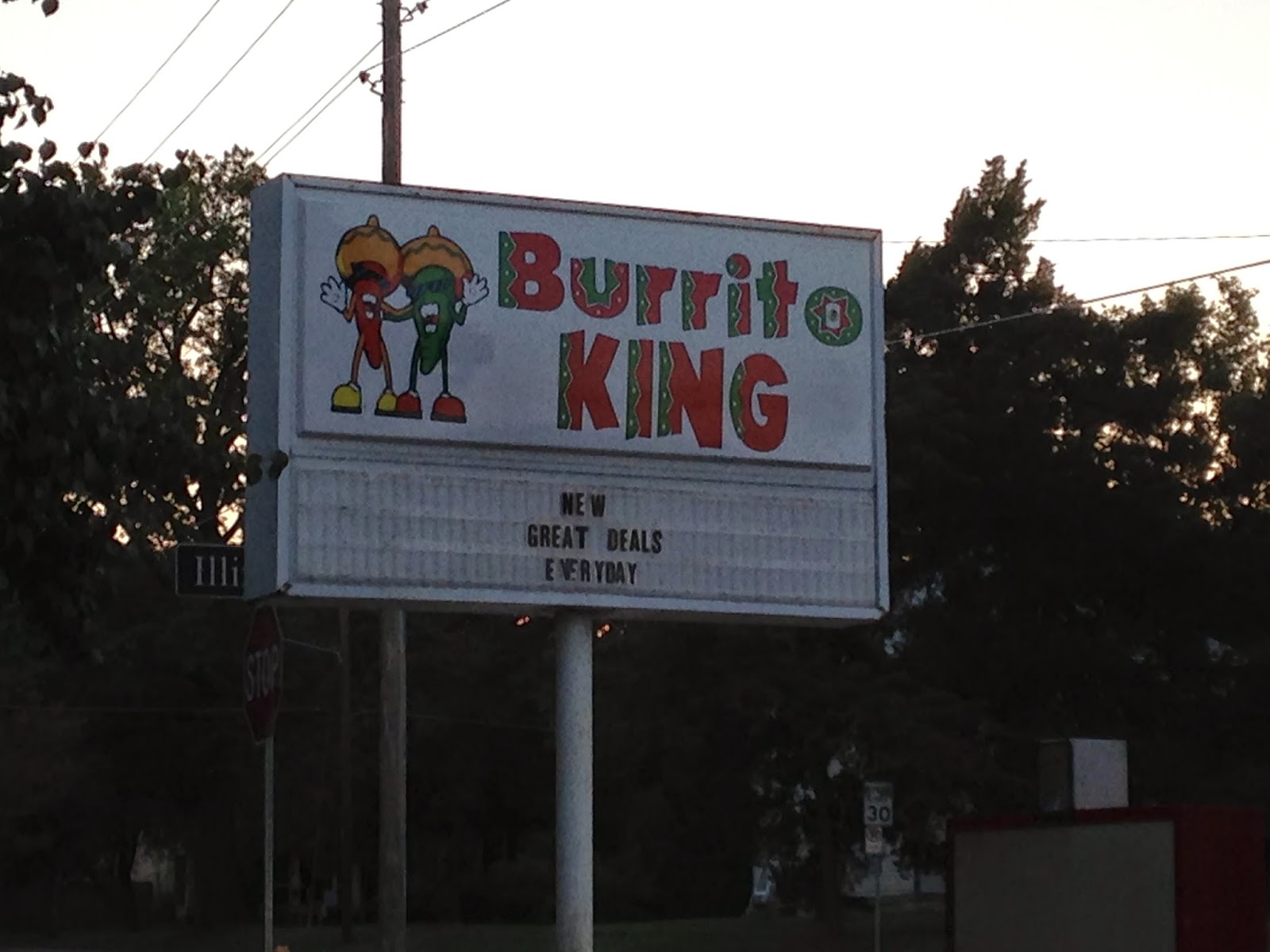 I have tried pretty much every Mexican restaurant in Lawrence and have been sadly disappointed by the mediocrity … and Burrito King did not let me down in that context. Just a few blocks from our home, I drive by the drive-in restaurant daily yet had not given them a try until yesterday. 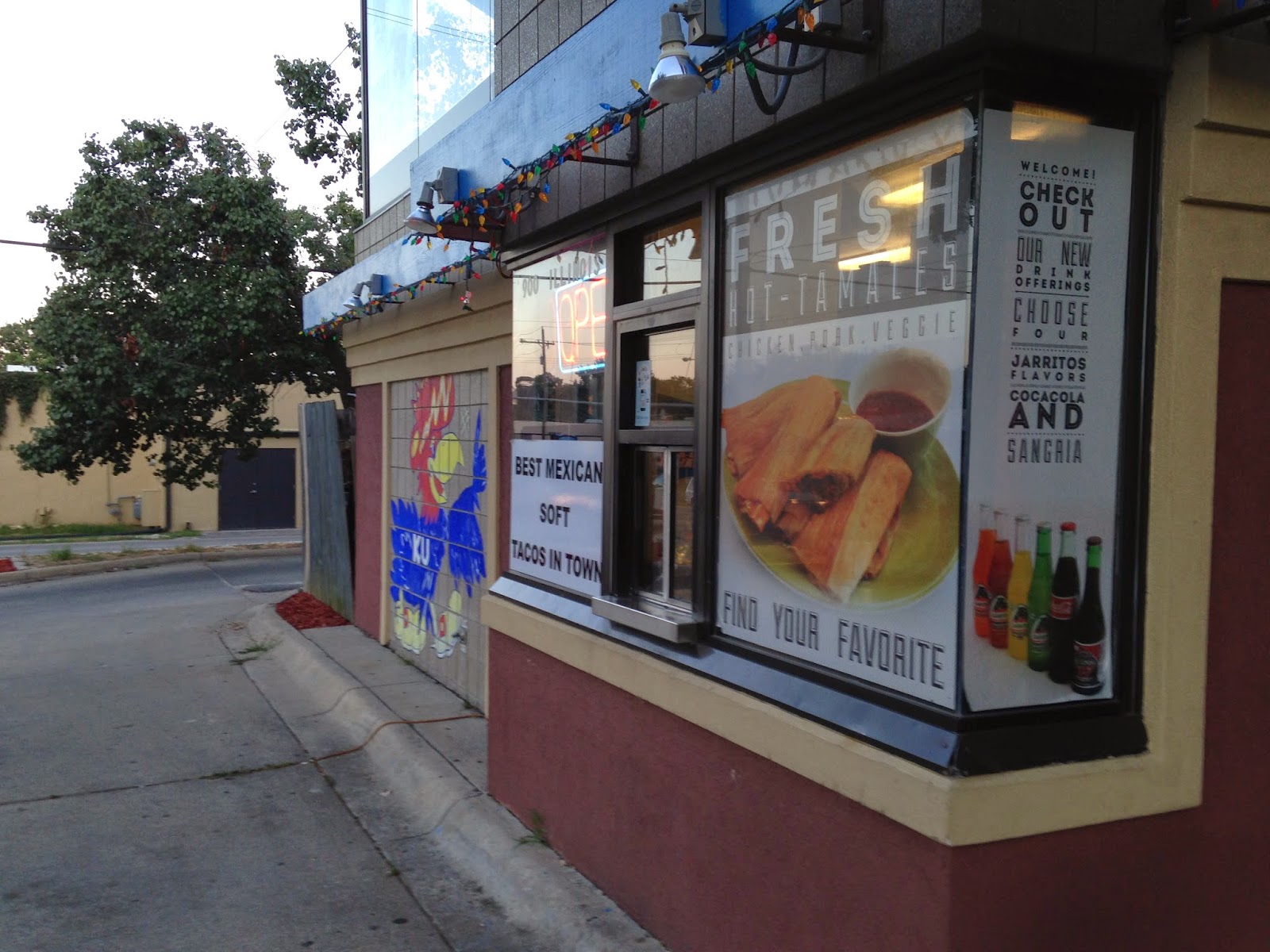 You walk or drive up to a window to order and I was quickly greeted by a friendly young man eager to take my order, almost too eager in that I did not have a chance to read the menu posted outside before being prompted to order. I was surprised to find numerous other options beside burritos on the menu … tacos, enchiladas, quesadillas … all at fairly reasonable prices. I ordered the enchilada plate (3 enchiladas, rice, and beans for $6.95), a "steak" and bean burrito ($4.98), and chips and salsa ($2) in order to sample just a few options. 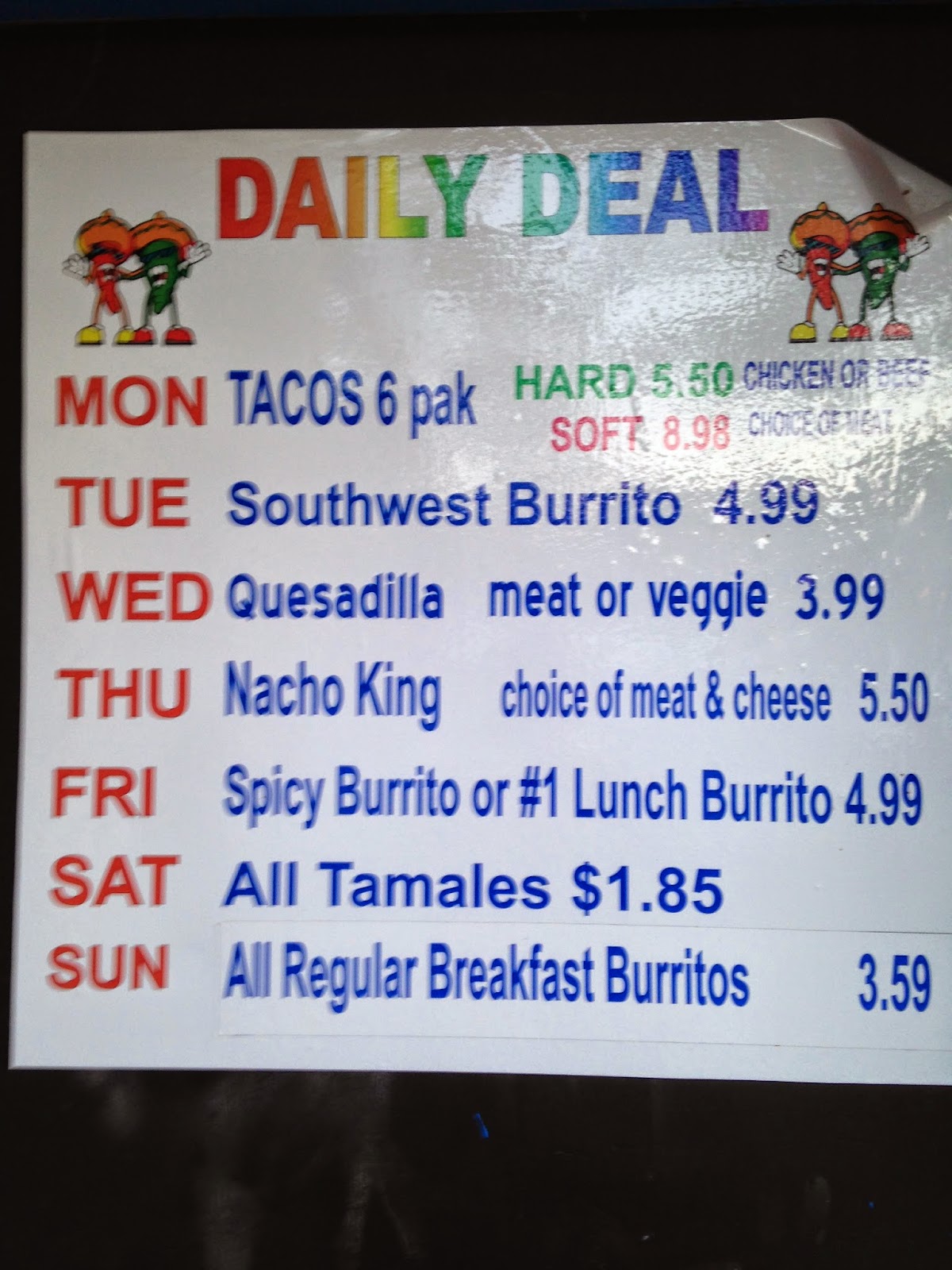 I prefer cheese and onion enchiladas and would think at the same price as meat (steak, chicken, pork) that there would be an abundance of fillings, but I was again disappointed. The red sauce covering the tubes of corn was bland and sparse, barely providing any flavor to the tortillas which were void of any significant fillings. I tasted no onions and the small amount of cheese inside did not quite make it it to the ends, leaving just tortilla and a little tasteless sauce for the first and last bite of each enchilada. The rice and beans were equally tasteless.

The burrito tasted "OK", but there was very little "steak", mostly beans, with a little cheese, and some some lettuce. At $5, I would expect a bit more beef and cheese, maybe some guacamole. The chips were crisp and tasty and the salsa well done, appearing homemade (not out of a can or jar) with hints of poblano pepper and cilantro.

Students probably love the quantities and prices offered at Burrito King, but for those of us who prefer quality over quantity, Burrito King falls short, at least on this visit.

CombatCritic Gives Burrito King 5 Out Of 10 Bombs … BOMBAS ARE BUENAS! 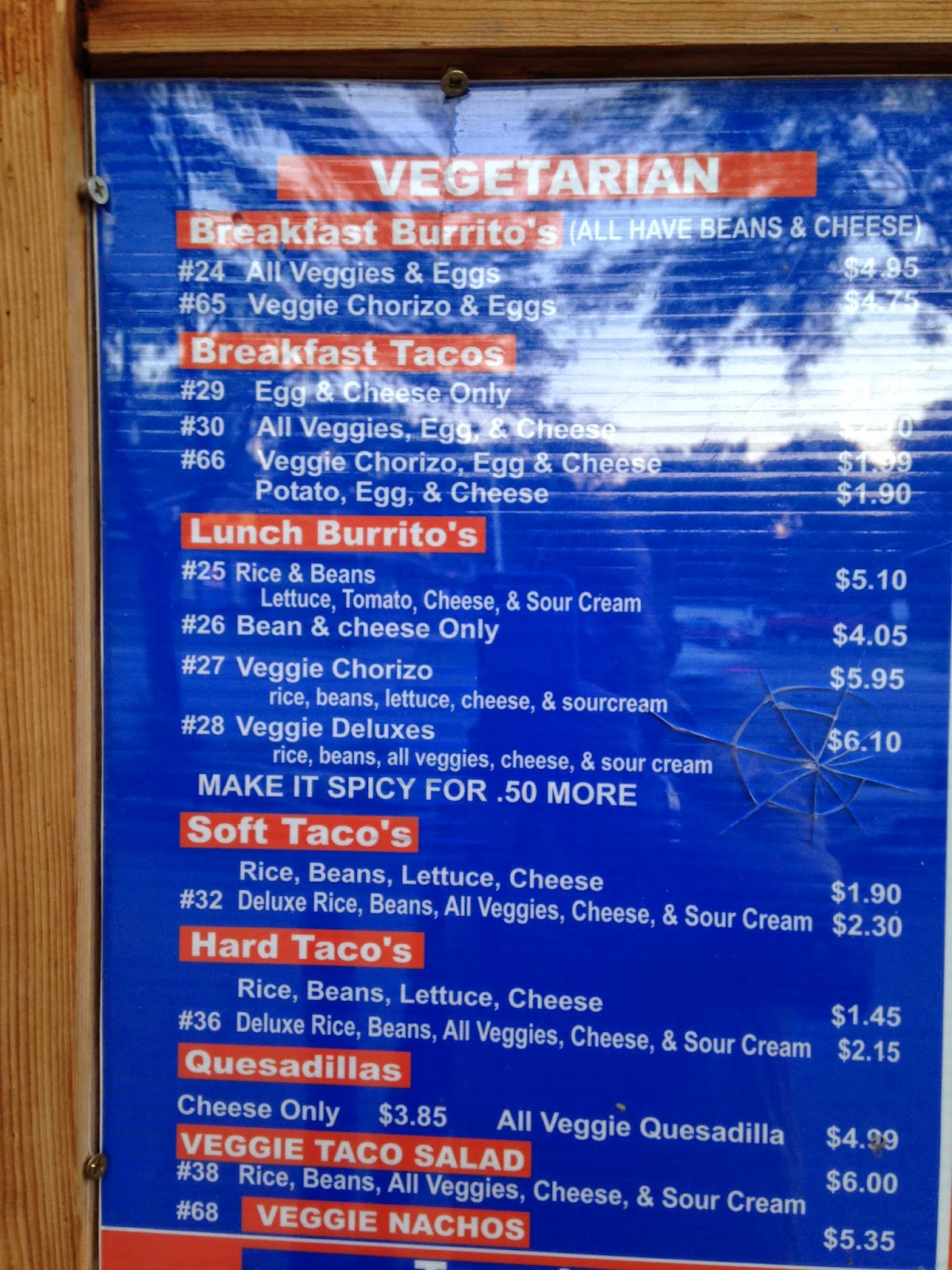 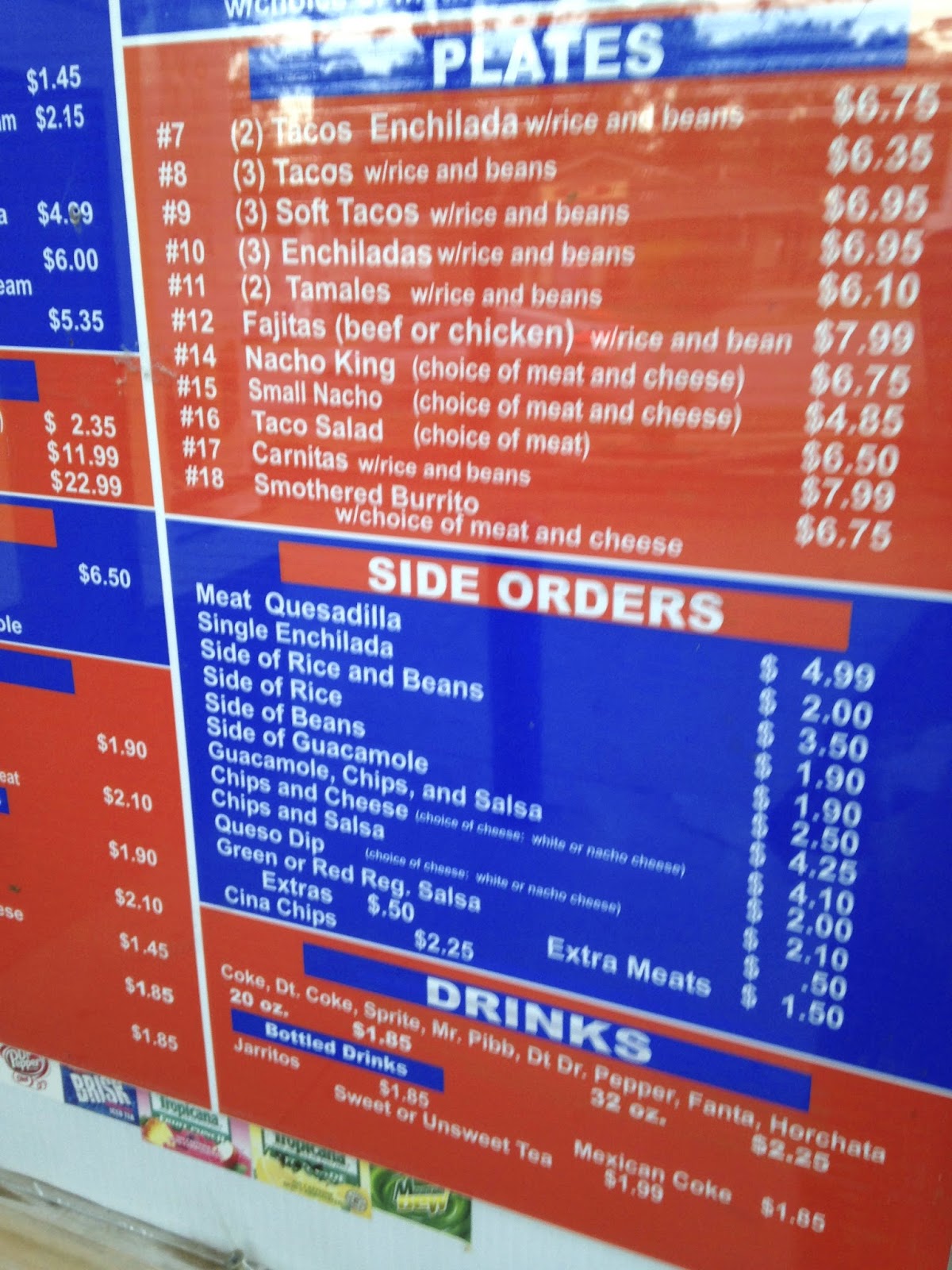 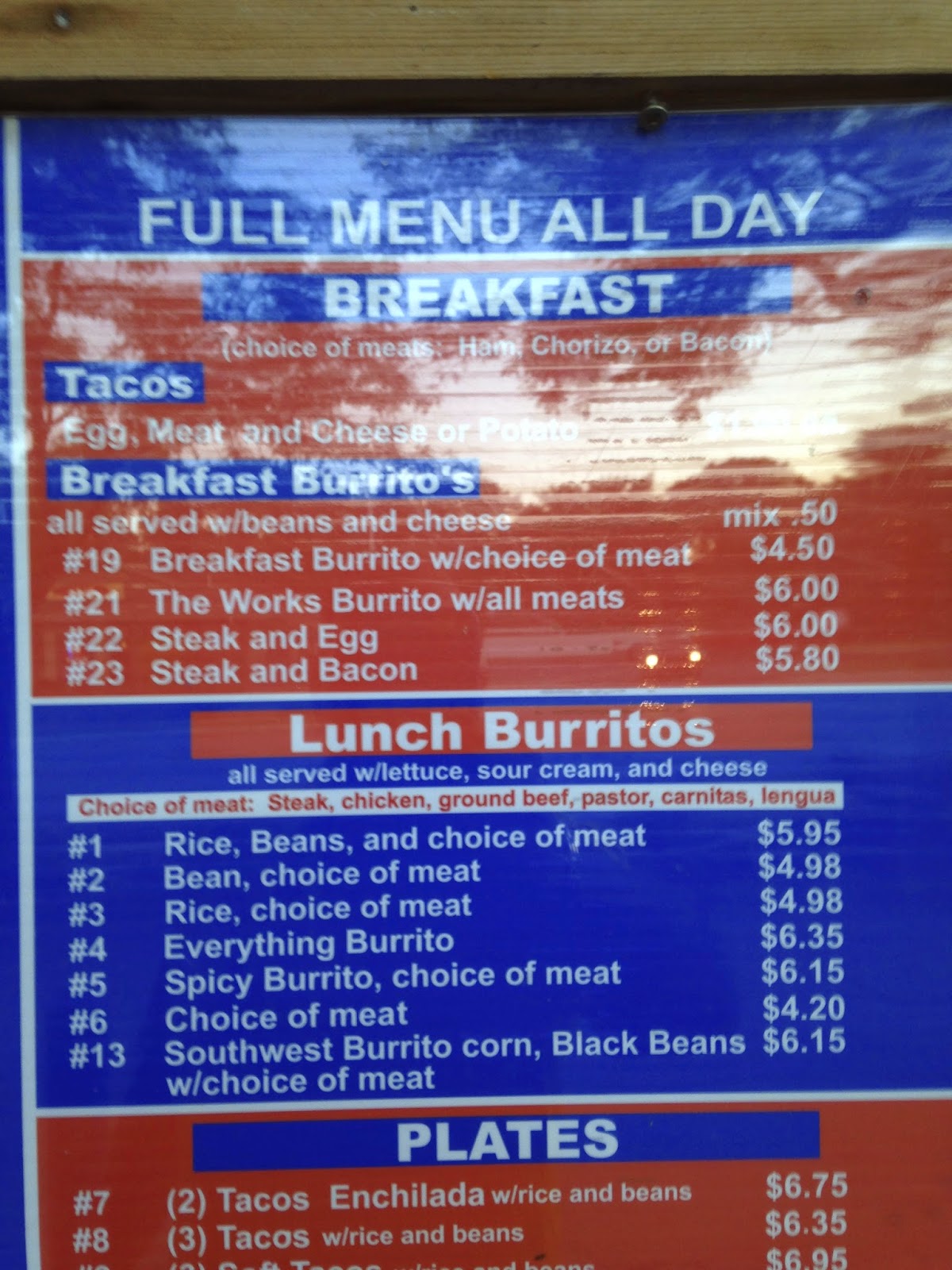 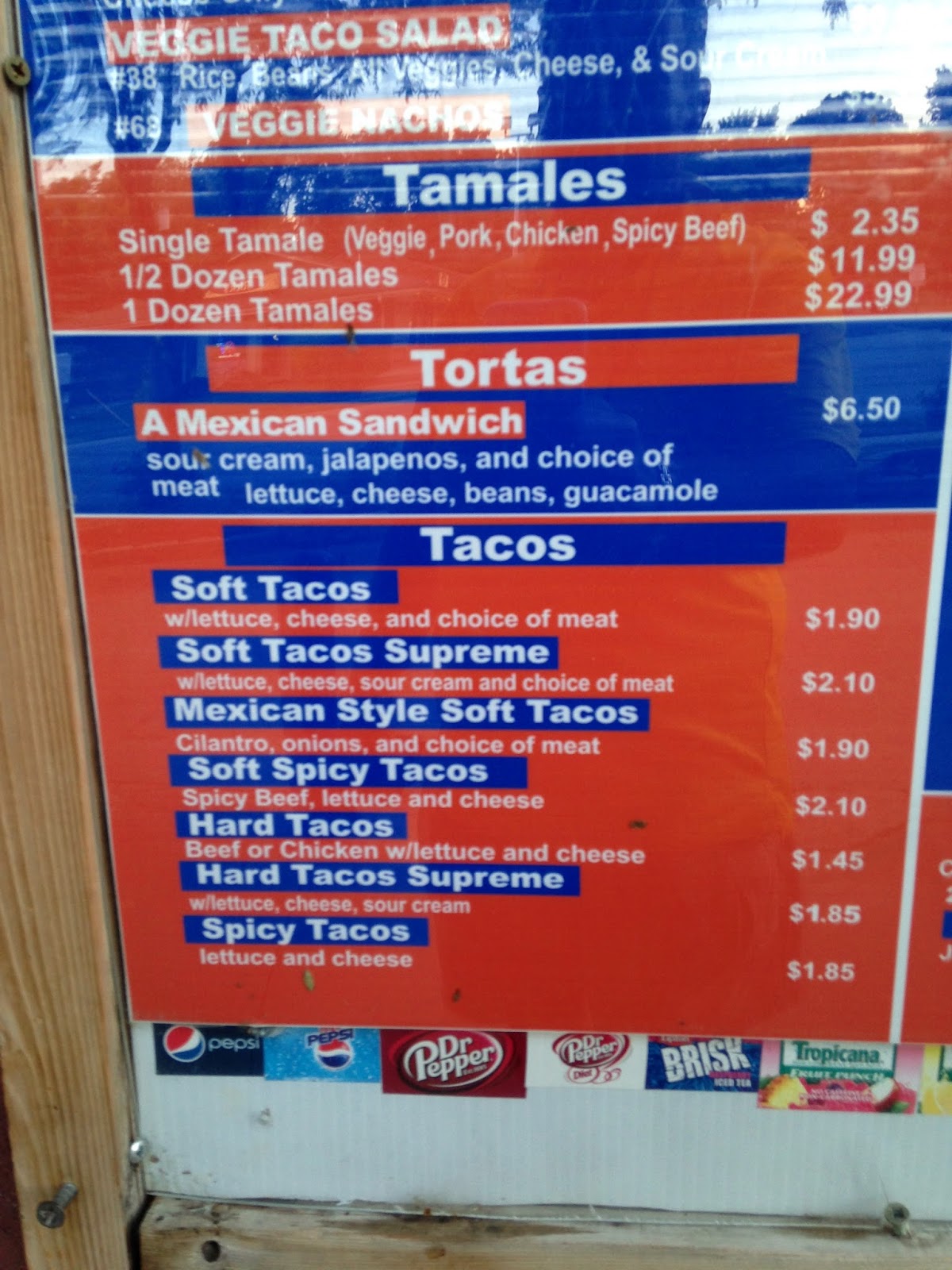