Watch My Zipline Adventure on The CombatCritic Channel on YouTube

I was lucky enough to be invited to Yelp KC's "Newbie Elite Aerial (Ziplining) Adventure" at Adventure Zip KC (AZKC), just outside of Bonner Springs, Kansas in the hills above several large limestone caverns, by Matt E, Yelp Kansas City's Community Manager. Yelp "Elite" are those deemed worthy of the title based on reviewing prowess and acumen during the previous year and I was honored with the title early this year. 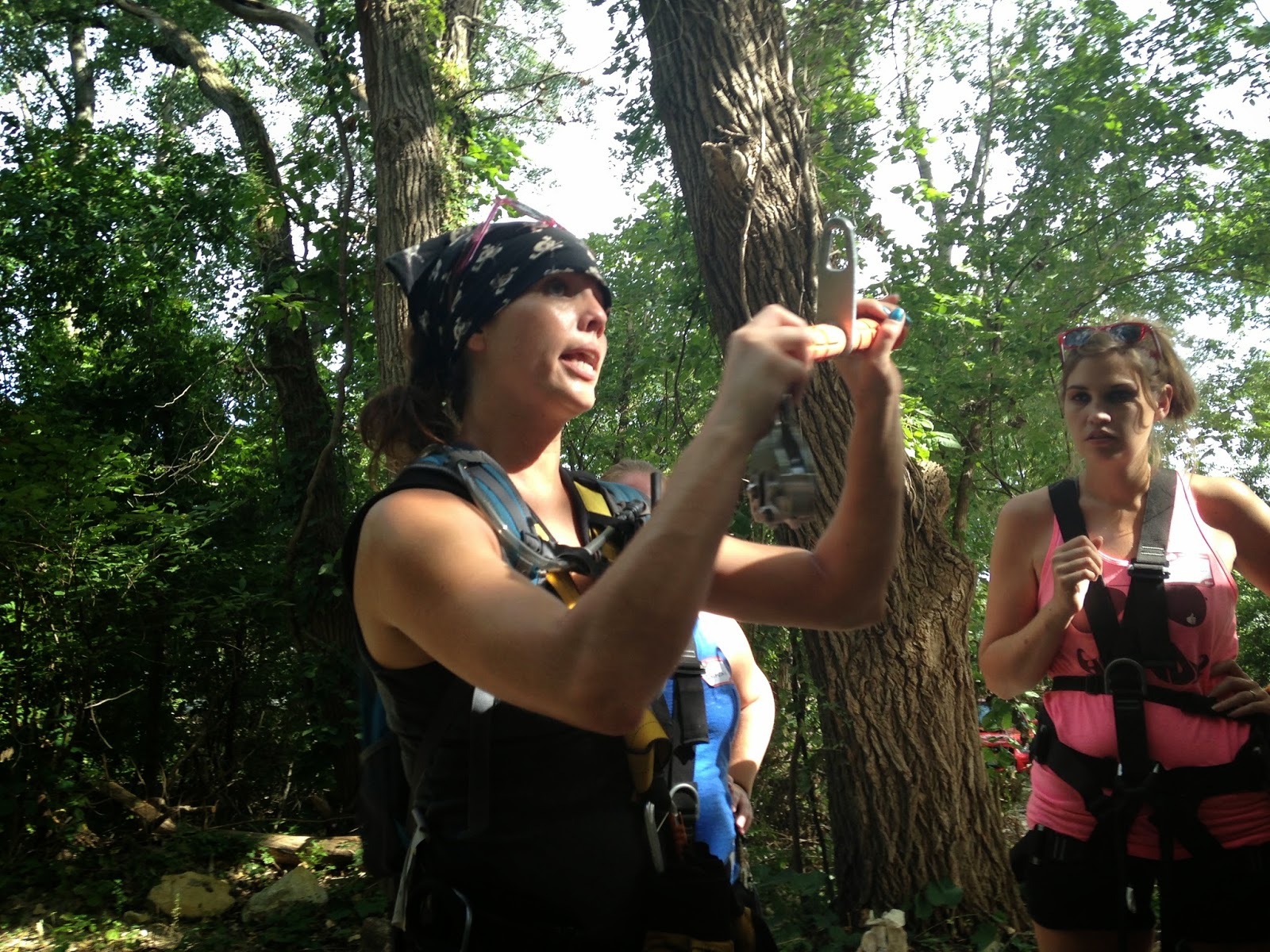 AZKC is run by a group of eclectic, young, enthusiastic guides that entertain and ensure am exciting yet safe outdoor adventure. We were met by Matt E and AZKC staff when we arrived, signing waivers (in case something went horribly wrong) and suiting up in the ziplining harnesses and helmets. I brought my GoPro and helmet (with a camera mount), but make sure that yours meets OSHA and other safety standards, otherwise you will not be allowed to use it. Mine did. 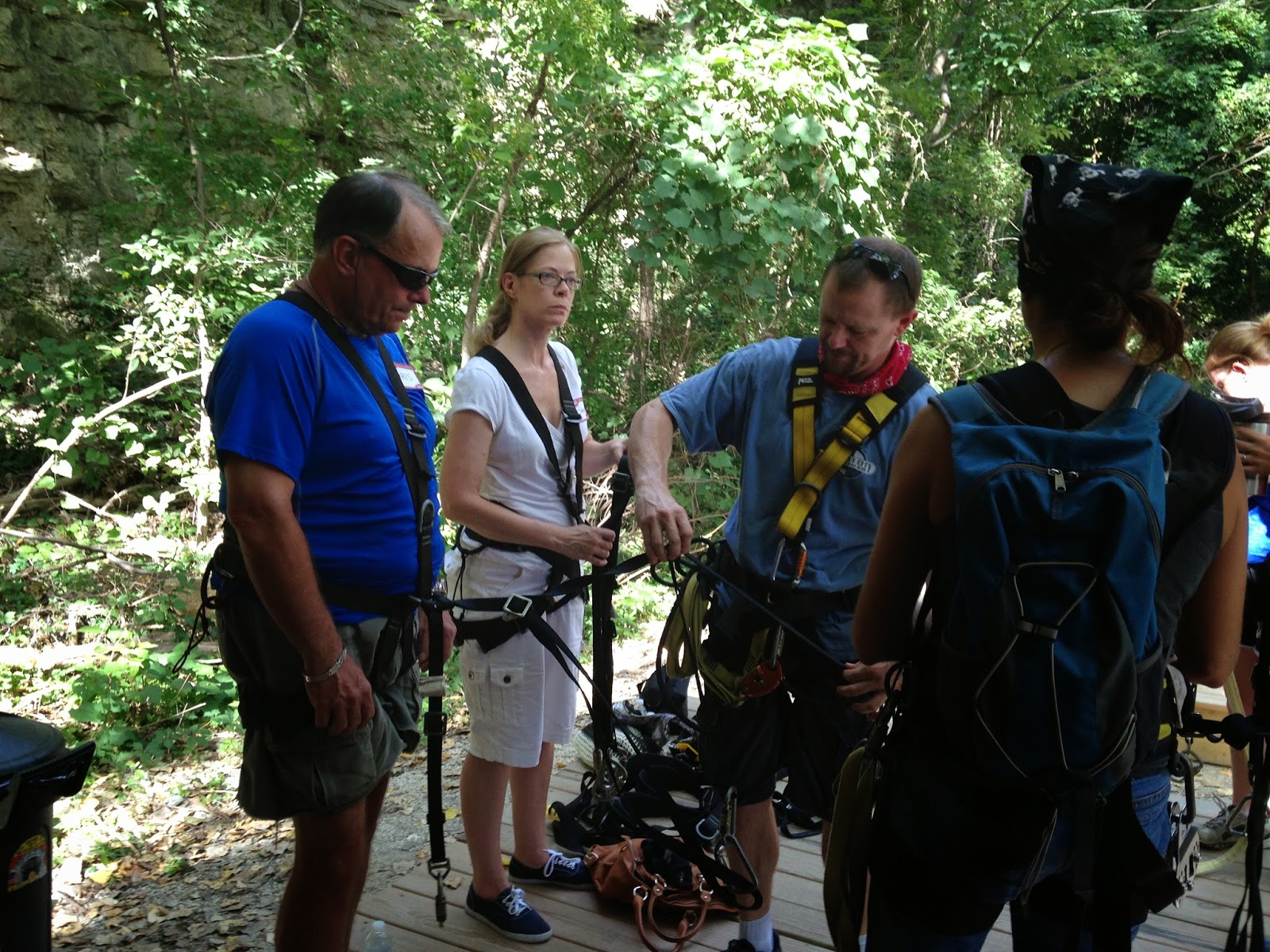 It was a hot day, around 100 degrees, but fortunately the surrounding woods provided shade and a respite from the heat. After suiting up, we jumped on the old school bus and made our way through the woods (watch out for poison ivy/oak and stinging nettles) to the first zipline station, a short traverse across a small canyon. After getting hooked-up to the line, I took several steps before being hoisted into the air and across the canyon at a leisurely, but fun, pace. The ziplines became longer, steeper, faster, and more exciting as we progressed on our journey. 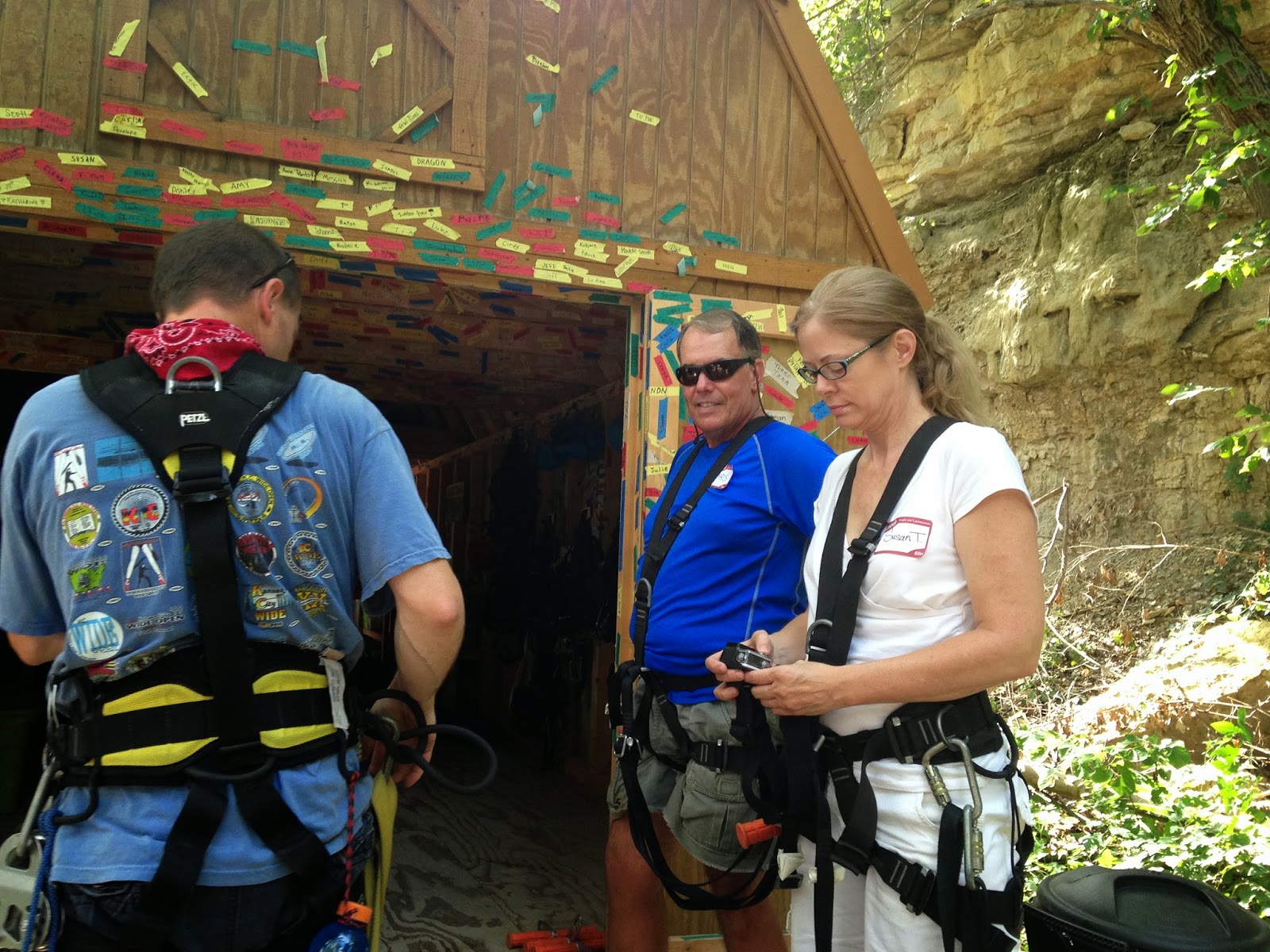 AZKC's staff provided the necessary safety information along with loads of jokes and puns, making the two hour adventure not just safe but fun. The second zipline was much longer and faster than the first, but there was a guide at the other end waiting to help slow our descent into a safe stop. The third and final zipline was the longest of the three, starting atop a small tower and ending on the other side on a pivoting contraption that took some quick adjustments in order to remain standing. We then hiked up the hill to "the tower" (which was not included in our visit) to catch our bus back to base camp. 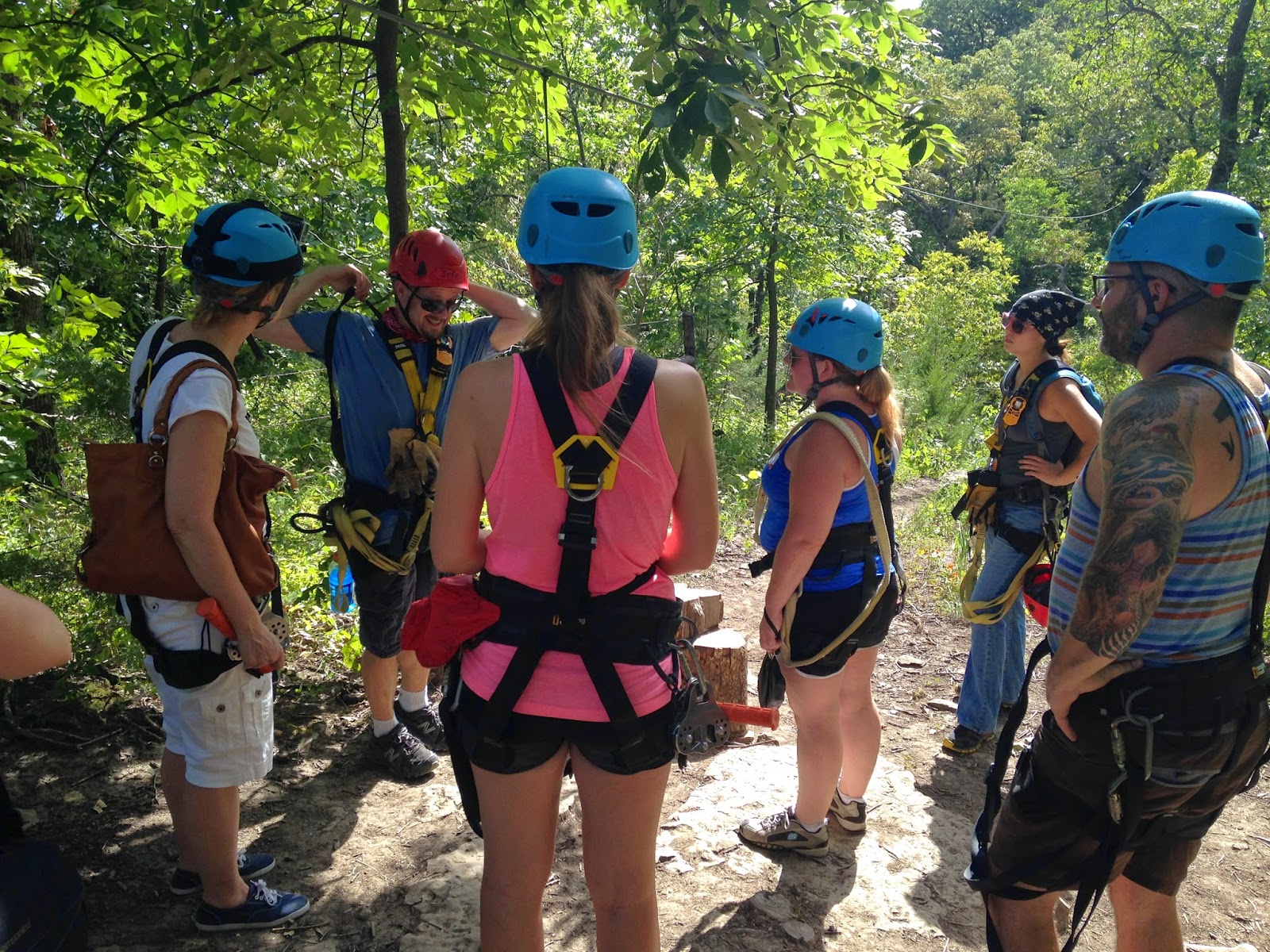 In all, it was a fun and exciting adventure, not too demanding for an old military retiree with bad knees and back. Be prepared for short hikes up and down moderate inclines with rocky, uneven surfaces. Otherwise, the zipling itself is rather easy on the body as long as you listen to the safety briefings. My only disappointment was when I handed our young female guide a $20 tip as we left (after all, it was a complimentary “Yelp Elite Event) and she did not bother getting out of her chair to thank us or say goodbye. I doubt if many patrons tip $20 or more, so a little appreciation would have been appropriate. Otherwise, it was a great day! 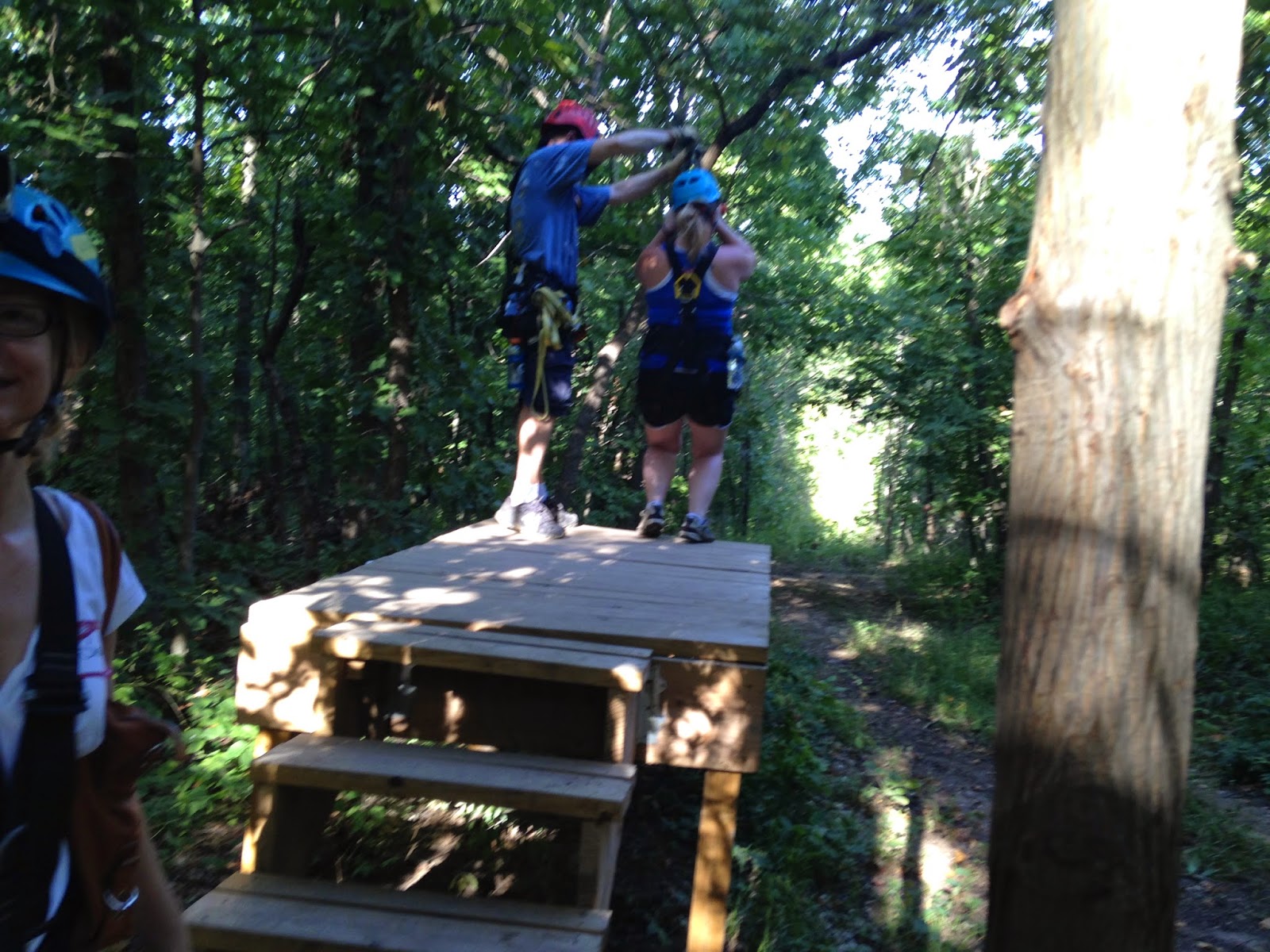 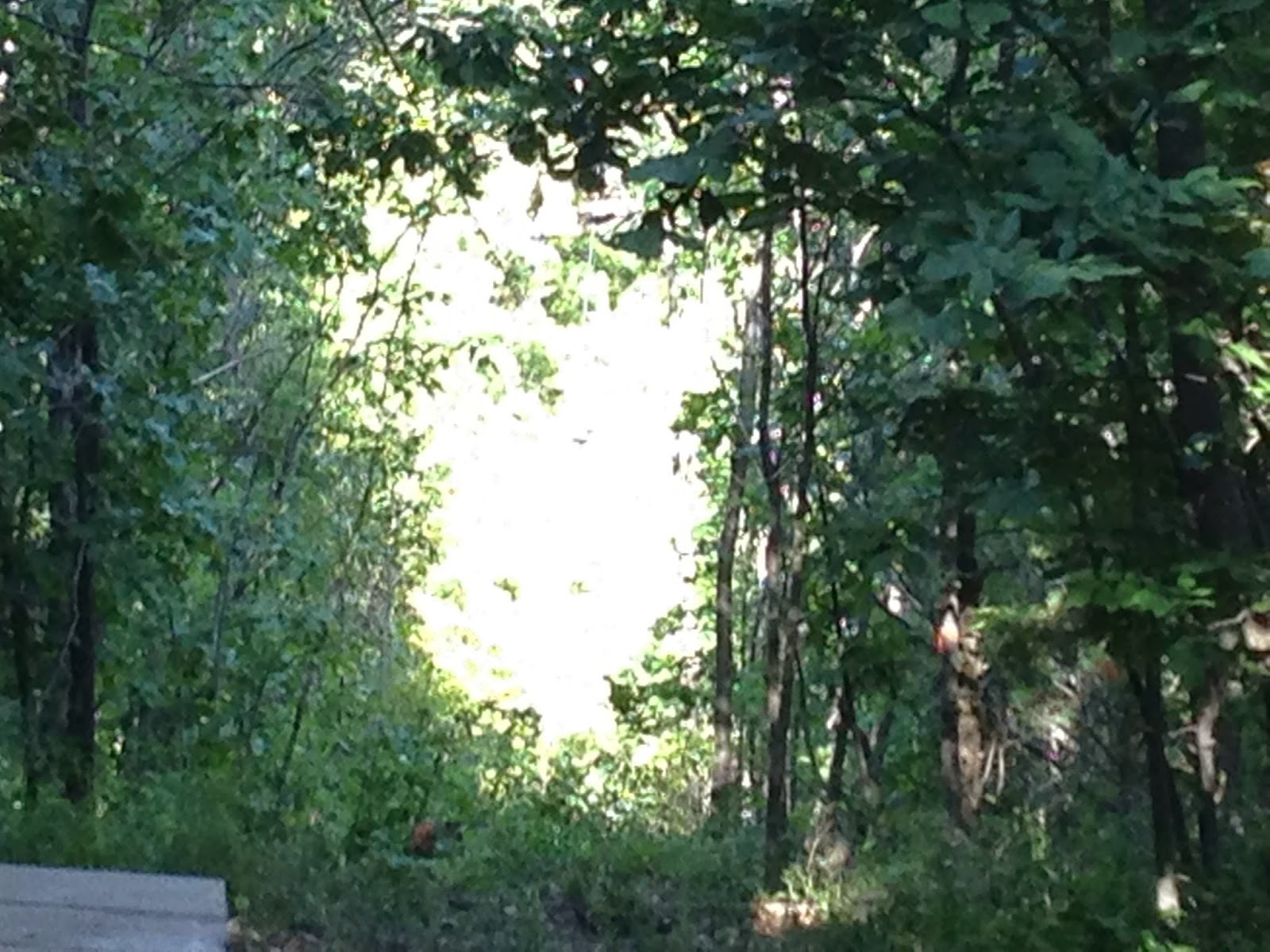 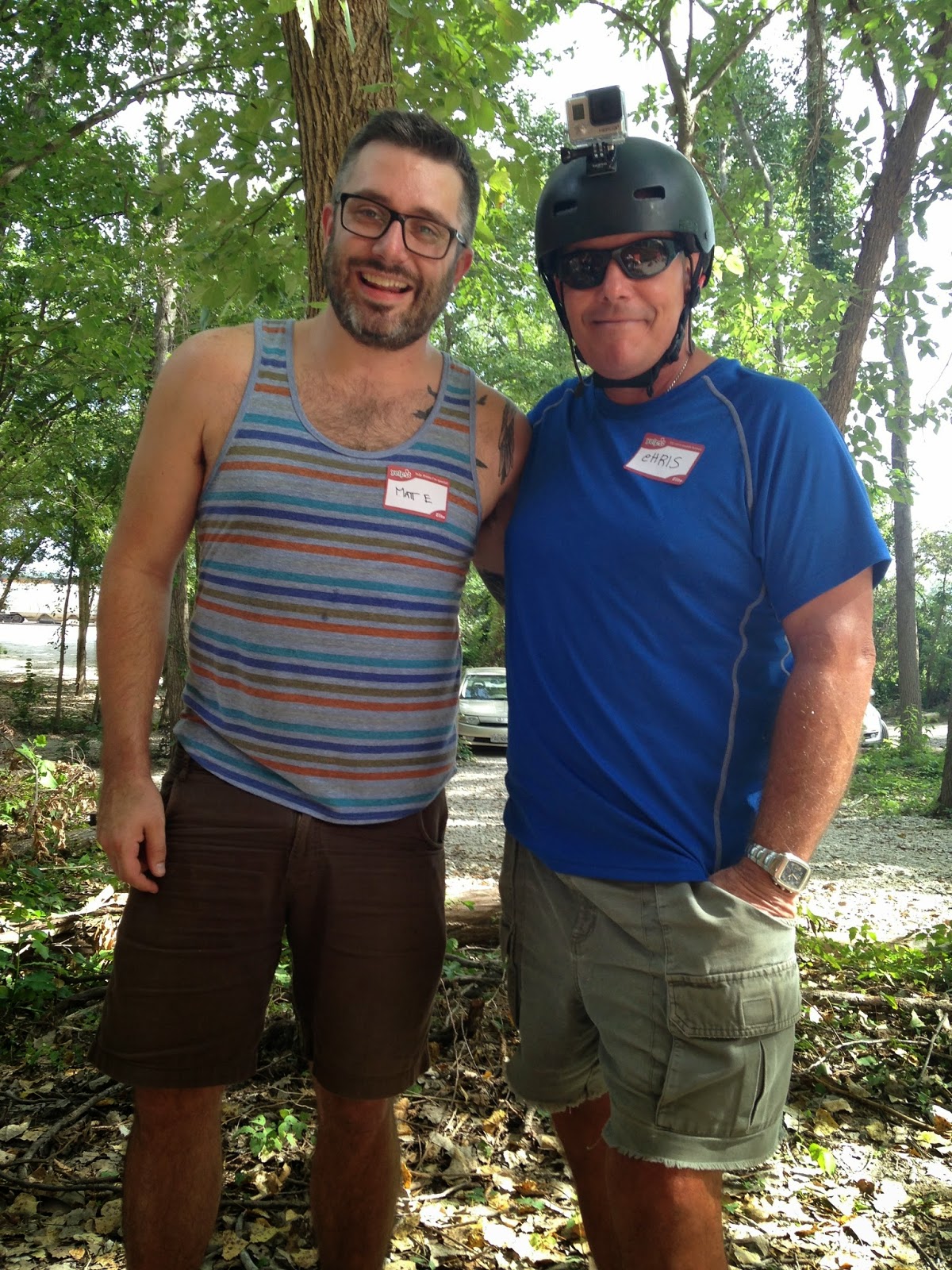 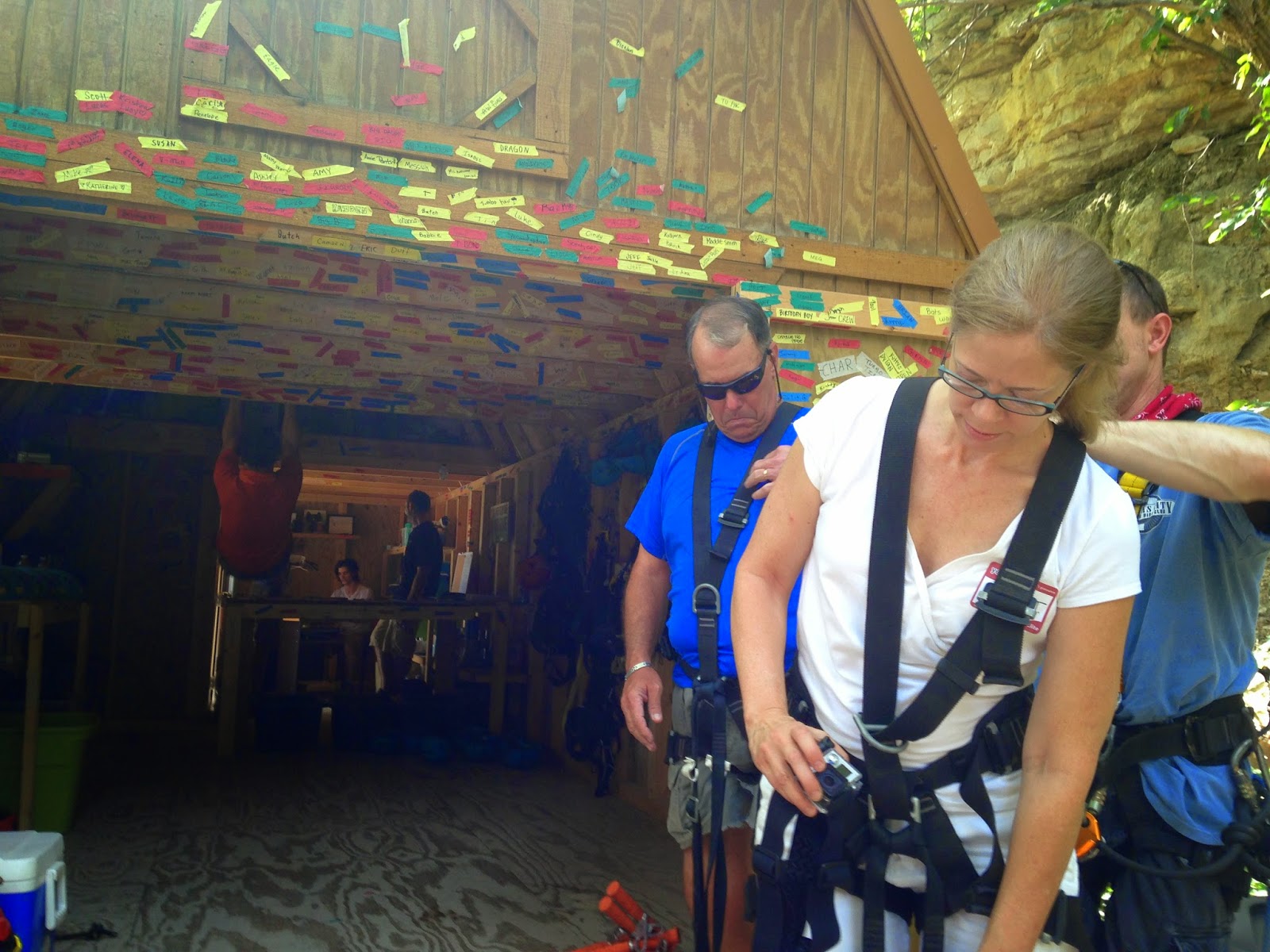 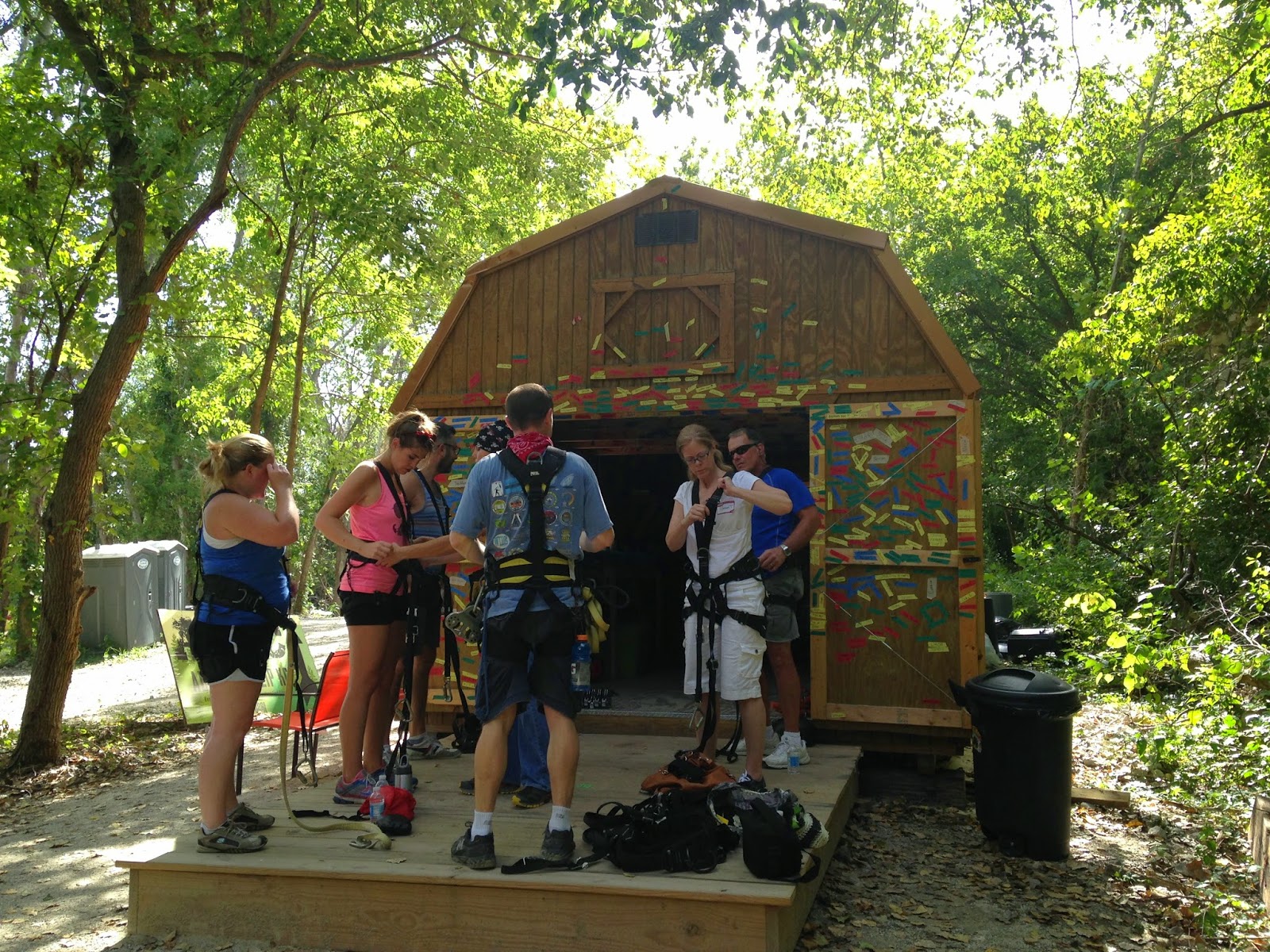 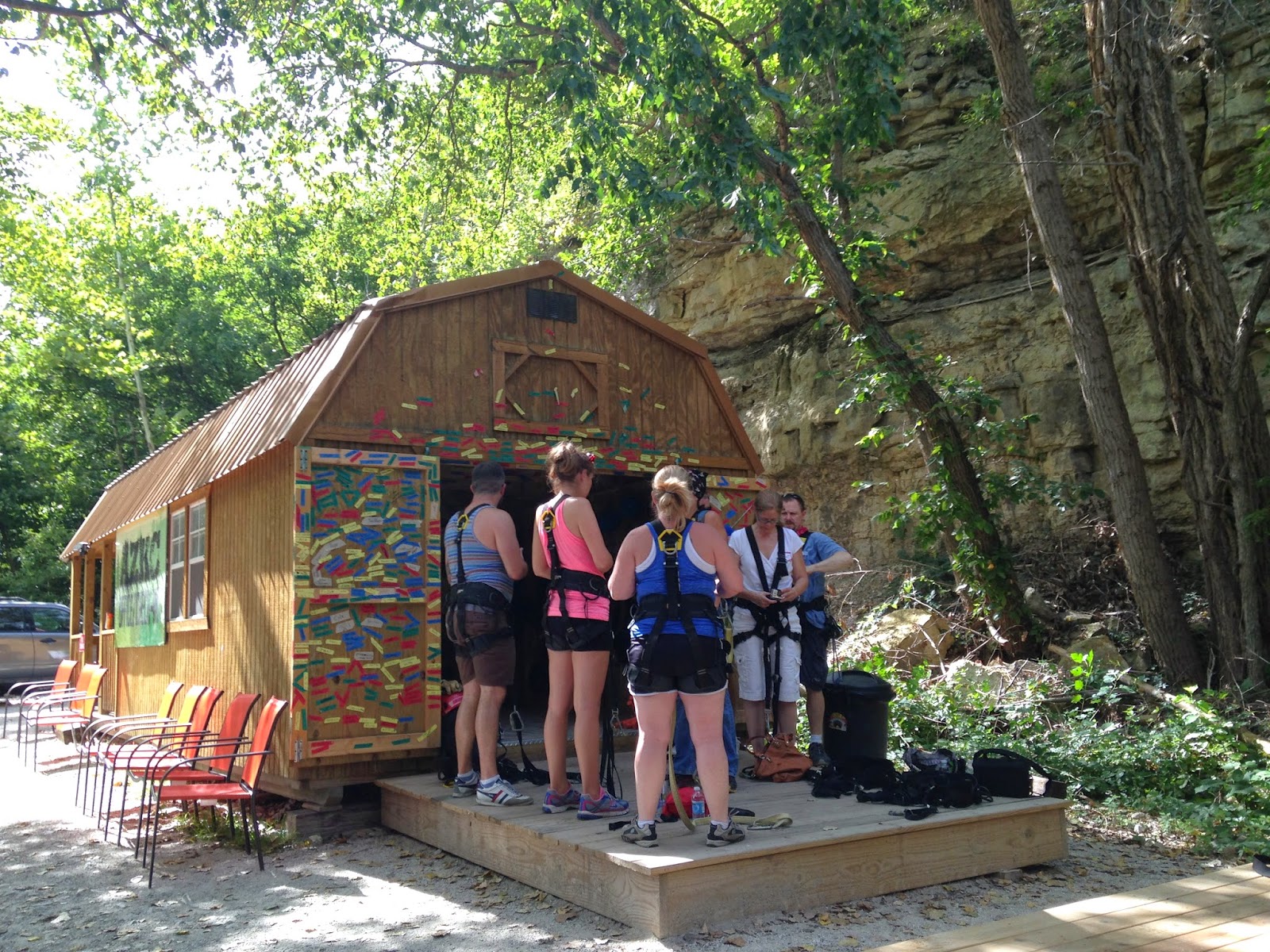 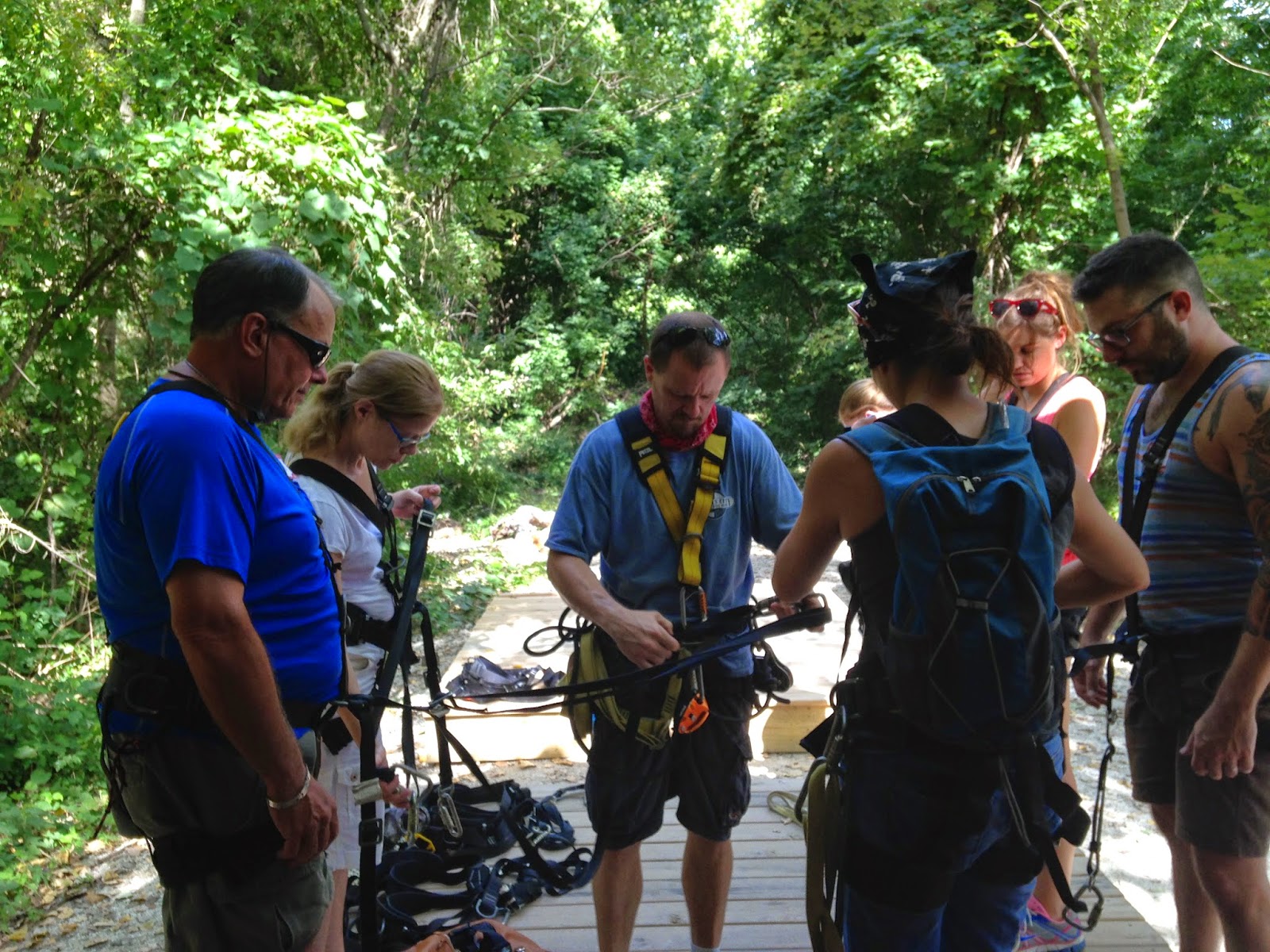 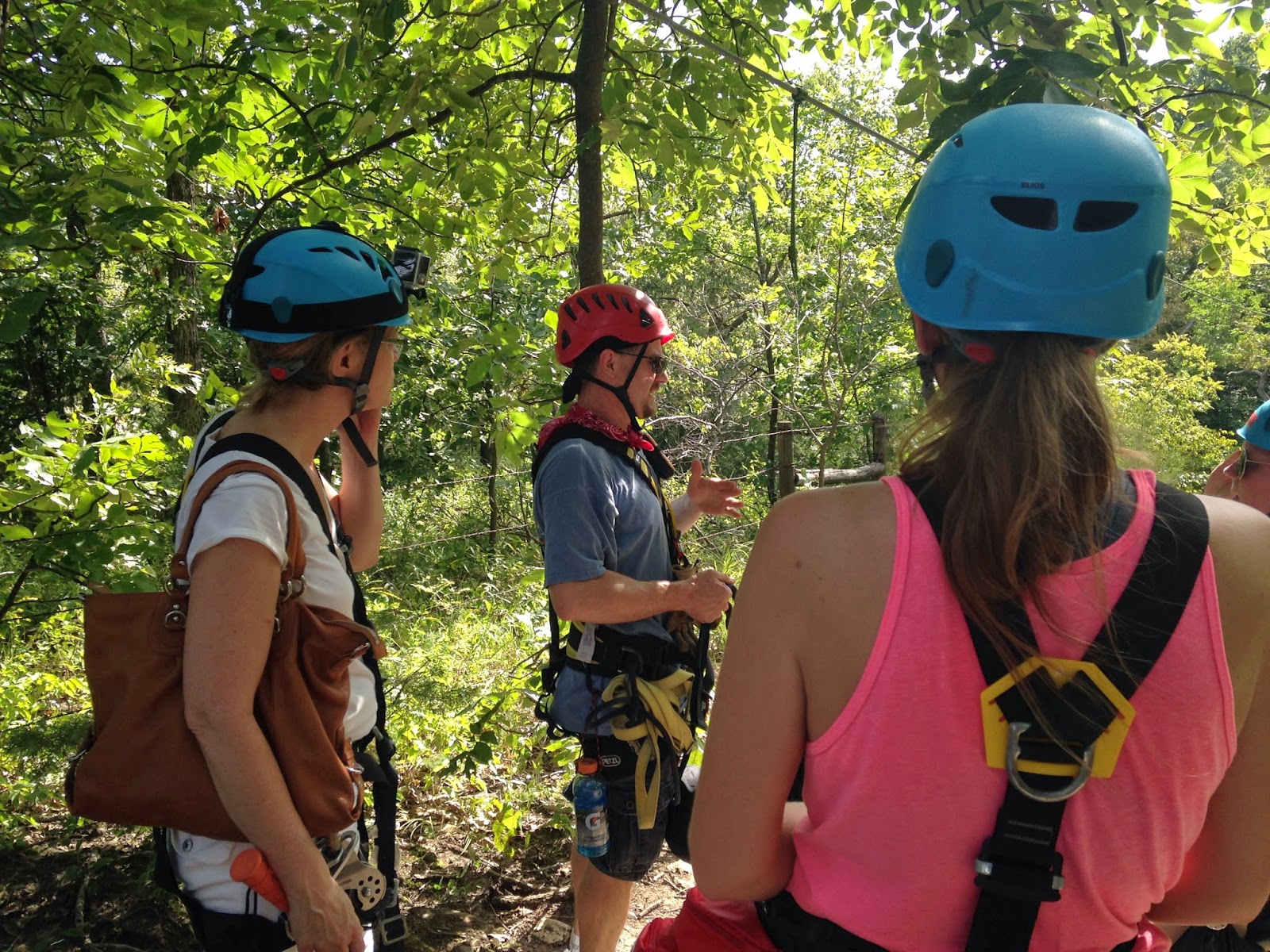