Hey Chubby, Let's Do The Twisters ... Grill and Bar That Is 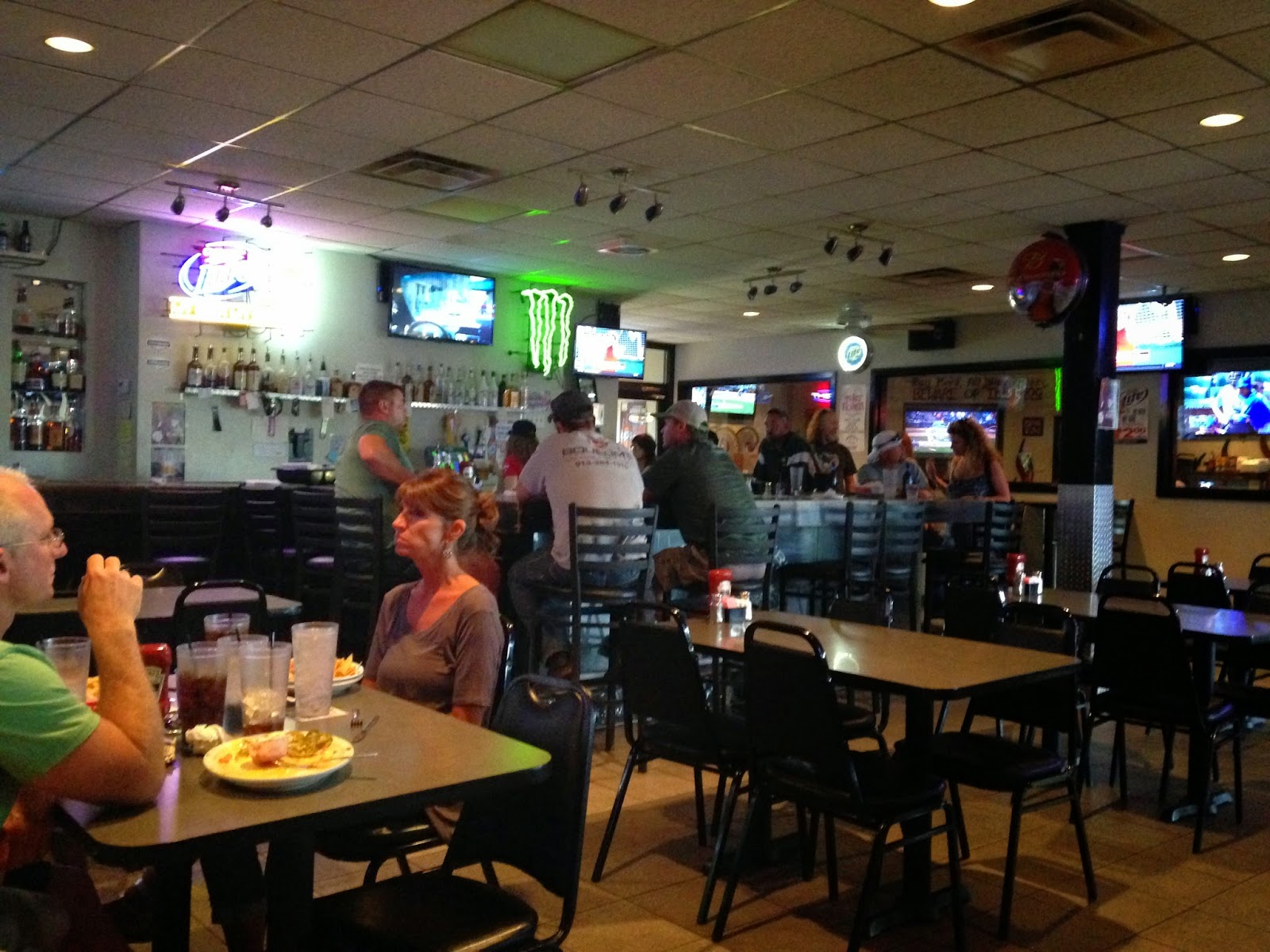 We found Twisters on Yelp after attending a Yelp Elite Event near Bonner Springs, about 20 miles east of our home in Lawrence, Kansas. I saw photos of their tacos and they looked better than any we have tried in Lawrence, so we decided to give them a go. 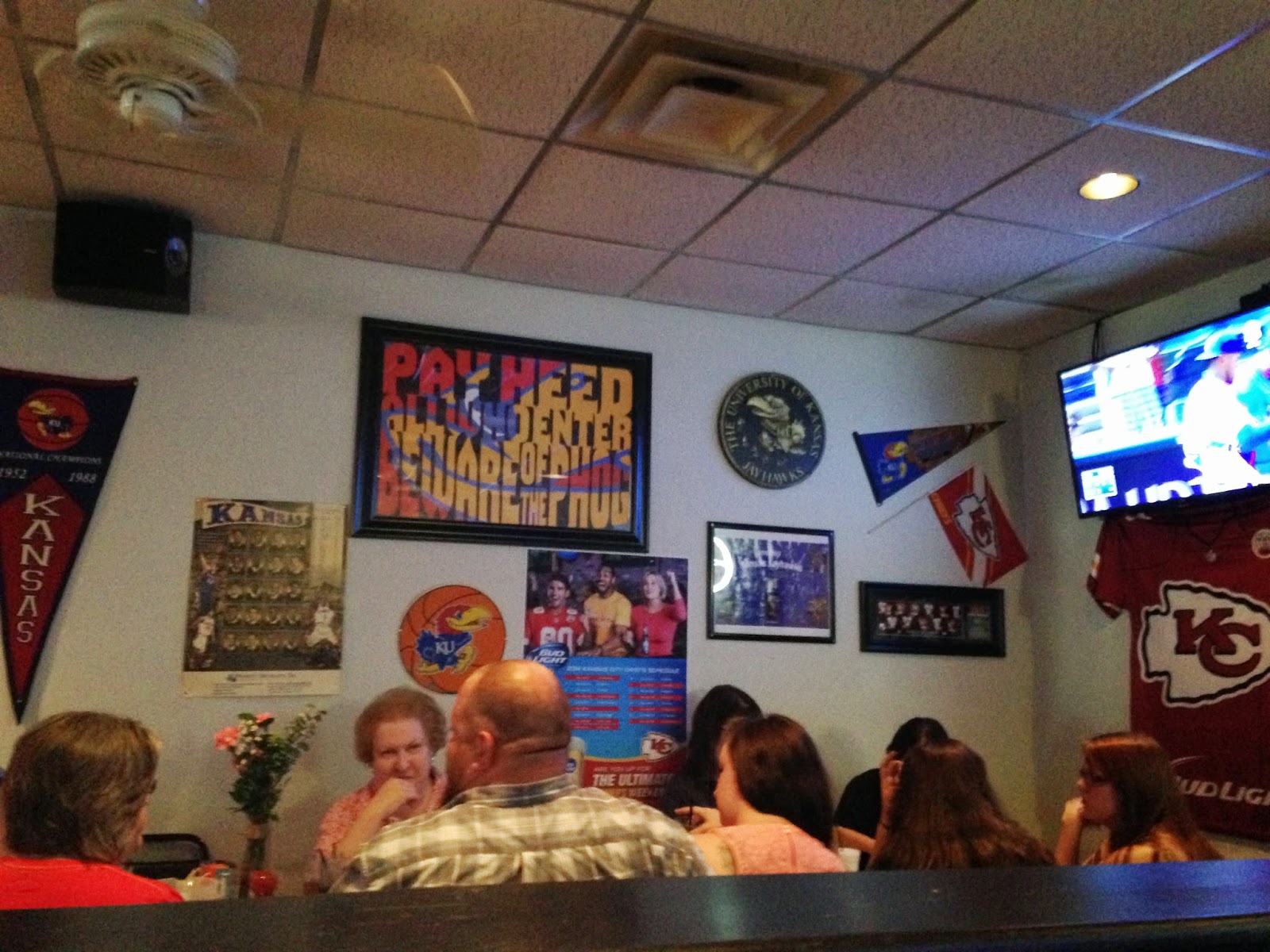 Twisters sits in the corner of a strip mall just off Interstate 70. For a Sunday night, they were rather busy with only a few open tables. The atmosphere is very casual with groups of friends, couples, and families scattered about. For example, there was a couple at the table next to us with a 10-year old boy who had ranch dressing accidentally dropped on his head by a passing server (I hope his meal was comped!). TVs abound with sports playing around the large room and sports memorabilia dotting the walls, from football jerseys to posters. The kitchen sits behind the busy bar where the friendly servers scramble back and forth while serving hungry customers. 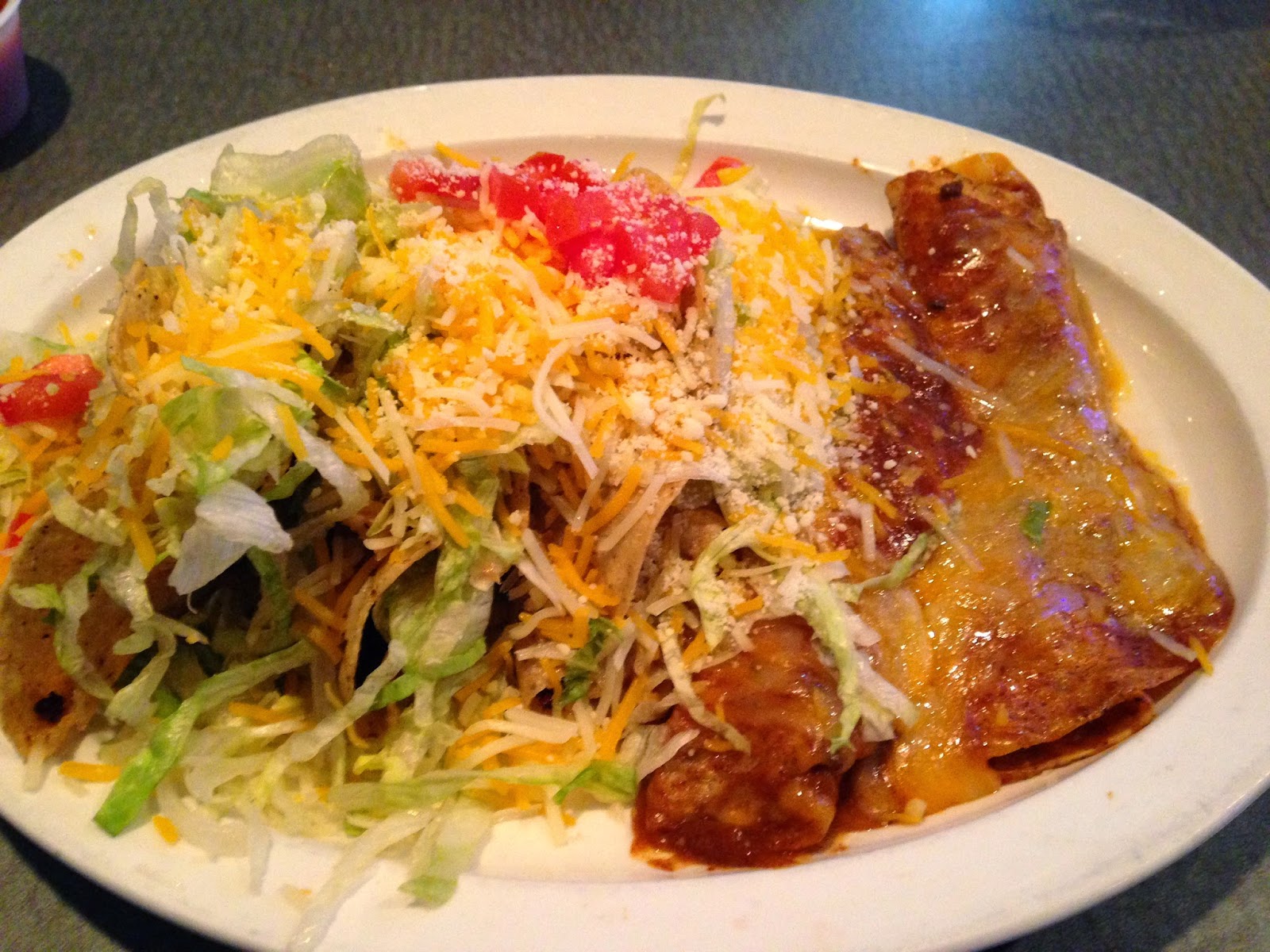 The menu is eclectic, from Mexican fare (tacos, enchiladas, nachos) to burgers to meatloaf and sandwiches. I ordered a Dos Equis Amber draft on special for $2, some beef tacos ($2.25 each), and cheese and onion enchiladas (also $2.25 each). The taco shells were obviously deep fried in-house, stuffed with ground beef, lettuce, plenty of cheese, and diced tomatoes complimented with what appeared to be store bought salsa. They were the best tacos I have eaten since moving from Kansas City last year (Rancho Grande) minus the guacamole (or avocado), hence my only complaint ... there was no guacamole available on the menu as either an appetizer or a side. The enchiladas were also very good with plenty of cheese and a tasty red sauce with hints of what seemed to be mole (a Mexican savory chocolate sauce). The tacos and enchiladas were better than any I have eaten at any of the dozen or so Mexican restaurants we have tried since moving to Lawrence last year and this from a bar and grill! 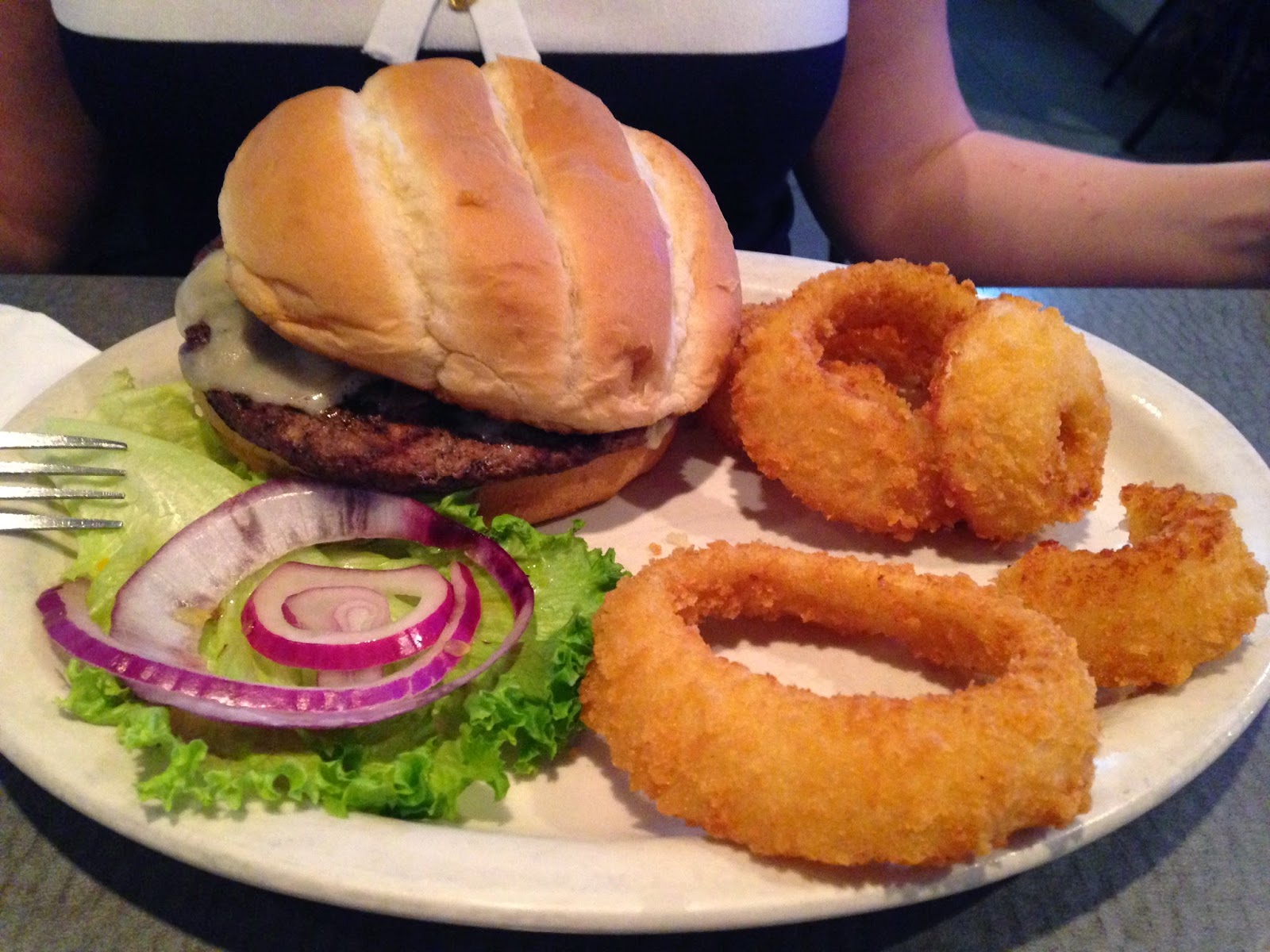 My wife ordered the half-pound (8 oz) Mushroom and Swiss Hamburger with fresh onion rings. The patty appeared smaller than 8 ounces and was not handmade, probably frozen from Sam's Club, Cisco, or another restaurant supply chain. The bun was fresh, but the burger bland. The onion rings were made with fresh onion and deep fried, piping hot and missing only a bit of seasoning. 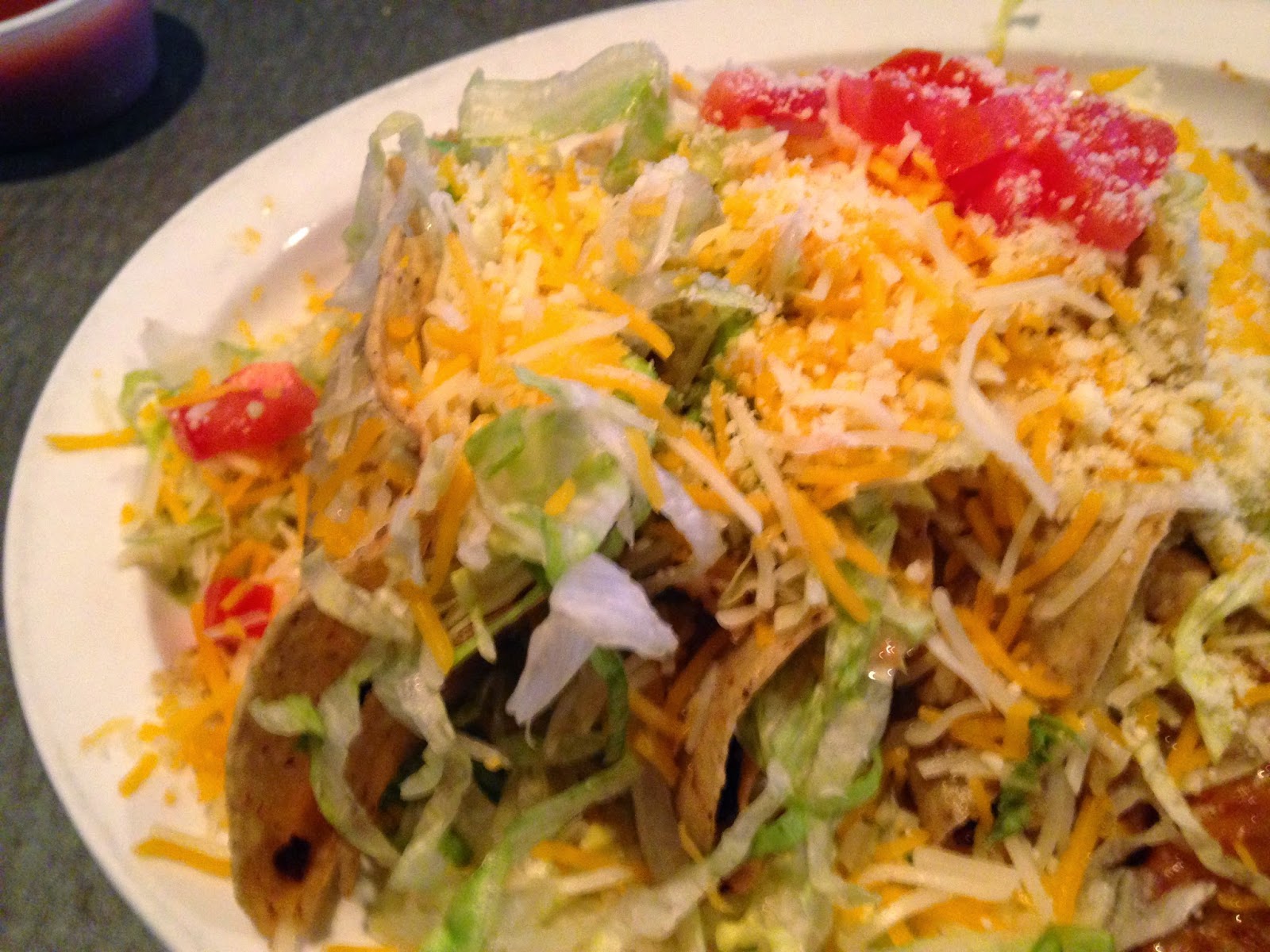 I would return for the tacos and enchiladas, but would pass on the burgers, trying the meatloaf instead, hopefully being homemade and not "Stoufer's" or some other frozen variety.