Naples, Italy: Good, Local Cuisine, But No "Burning" Desire To Return To La Brace ("The Embers")


Pizza is an art form as well as a religious experience in Napoli (Naples, Italy), the home of the first pizzeria (Antica Pizzeria Port'Alba - 1830) and where pizza Margherita (named after Queen Margherita of Savoy - circa 1889) was invented at Pizzeria Brandi, both still in existence today. La Brace, "the embers" in Italian, did a decent job on mine, not the best pizza salsiccia e friarielli (sausage and broccoli rabe sauteed in olive oil and garlic) I have had, but far from the worst. Pizzerias, after all, do not exist for long in Naples unless they tend to get it right. 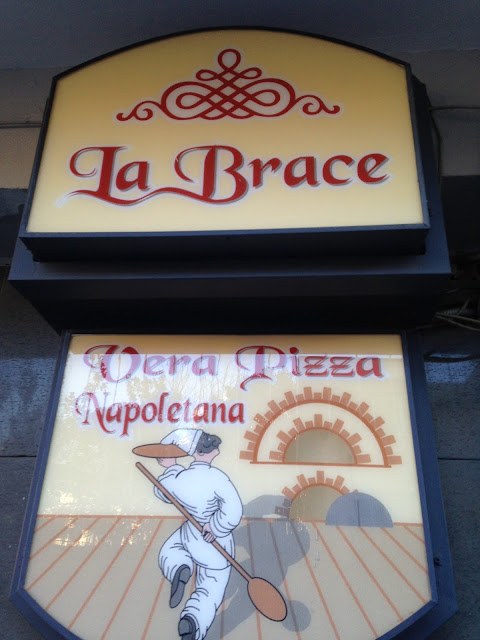 This was the first time we have eaten here, odd because my mother-in-law's home is less than a block away. The service was good although our server got carried away, along with numerous other patrons, as the Naples football club (S.S.C. Napoli) tied their northern rivals from Florence. We started with fritto misto (fried mix), consisting of the Naples standards including arancini (rice balls), potato croquettes, and algae dough balls (zeppoline di alghe). The non-seafood variety of fritto misto, which is what we had, normally costs less than $5 for reference sake.

My wife had rice with olive oil and parmigiano, a difficult dish to screw-up, because she had a bit of stomach flu that day and wanted something light. She, who (to put it mildly) is not well known for her culinary abilities, could not even mess-up this simple concoction if she tried. Of the two guests accompanying us, one had strips of steak (bistecca tagliata) with rucola and parmigiano as well as a side of french fries and the other had the thinest slices of sautéed chicken breasts I have ever seen along with some sautéed mushrooms. The steak looked very appetizing and plentiful, but the fries did not arrive until after I reminded the server of the order. The chicken consisted of less than three ounces of sliced breast, being overwhelmed by the decent sized order of mushrooms. 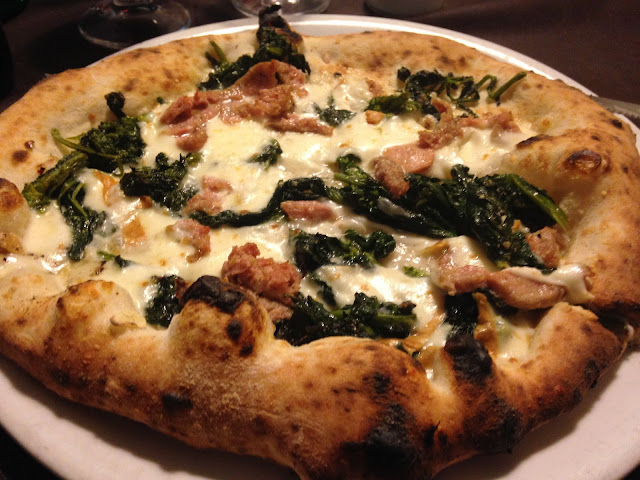 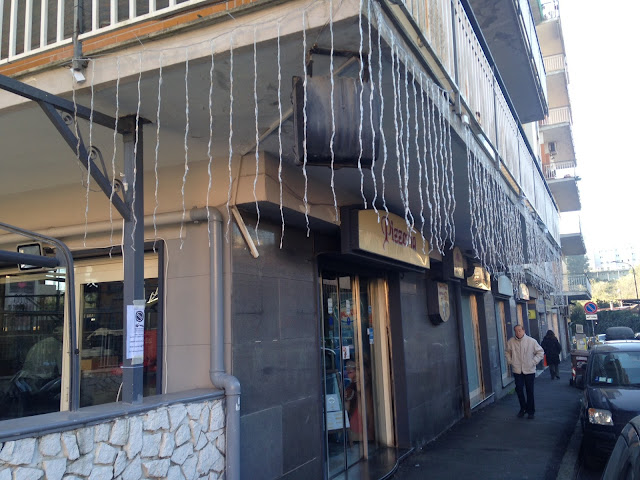 Anyway, a $70 price tag for dinner for four ain't all that bad no matter where you are, either in Europe or stateside.