Peggy's has more traditional breakfasts and is a better value than the other breakfast and lunch (only) spot in Washougal. No metrosexual, foo foo menu options here, just good ol' traditional omelettes, scrambles, bacon and eggs, biscuits and gravy, French toast, and pancakes as well as burgers, sandwiches and a few entrees on their lunch menu. What you see is what you get. 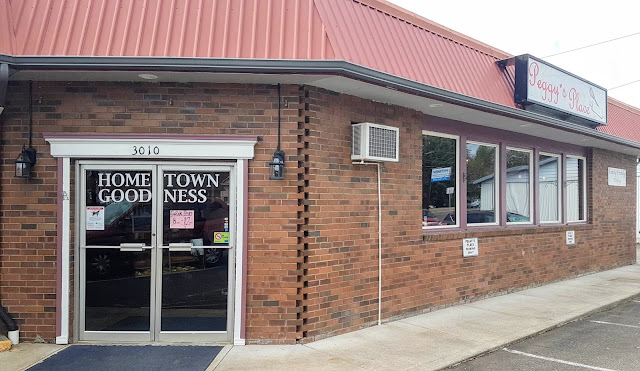 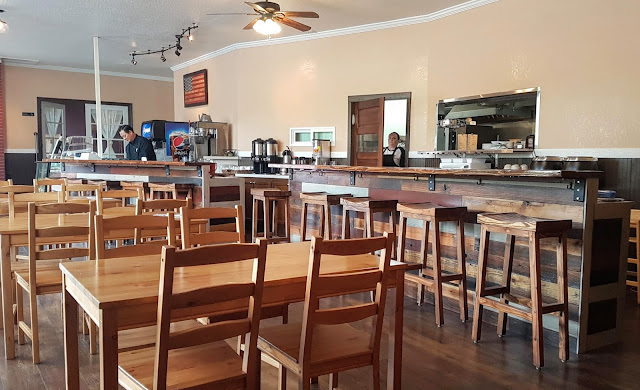 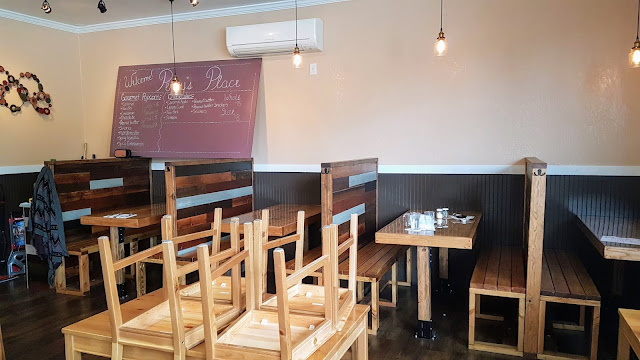 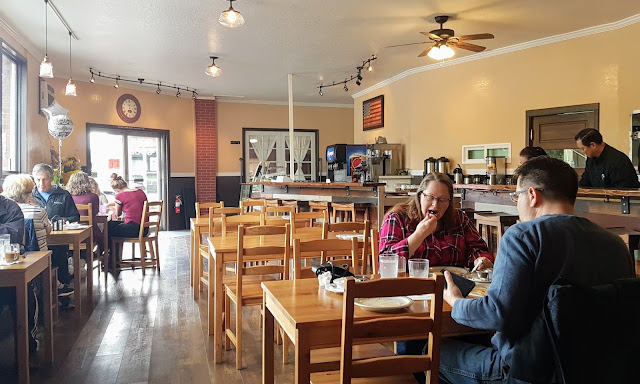 I had the Classic Breakfast ($9), coming with two eggs over medium, hash browns, two slices of bacon, and an English muffin and a half-order of Biscuits and Gravy ($5). The eggs were perfectly cooked as was the bacon, but the hash browns, although plentiful, were not a crispy as I had asked for. The biscuit was large and tasty, and the gravy delicious, but, unfortunately, the biscuit was too large for the bowl, so there was not enough gravy and I ended up leaving almost half of the biscuit. 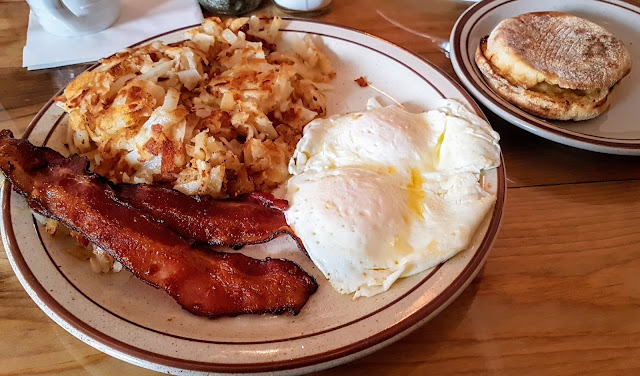 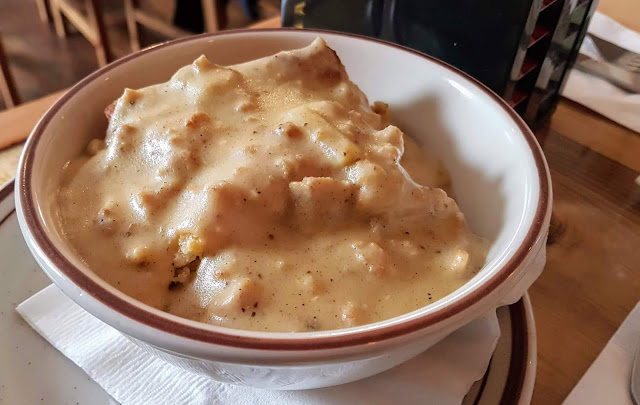 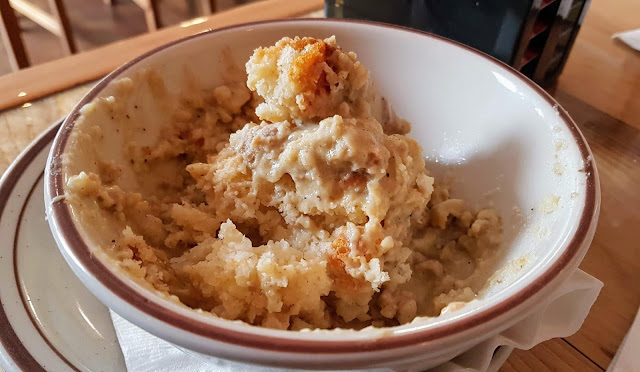 My wife ordered the French Toast ($8), arriving with four large halves of bread coated with a crispy egg batter, then grilled, and came with two slices of their yummy bacon. It also came with cups of fluffy, whipped cinnamon-honey butter and fresh maple syrup. My wife was one happy camper. 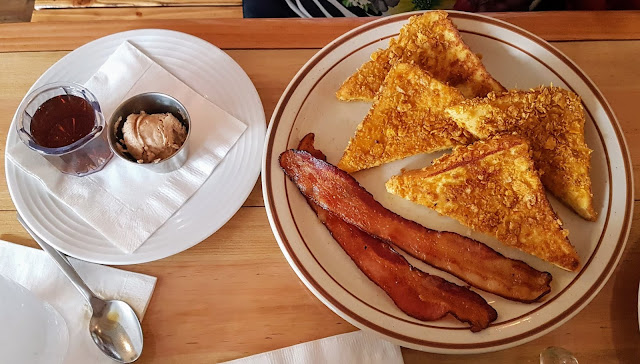 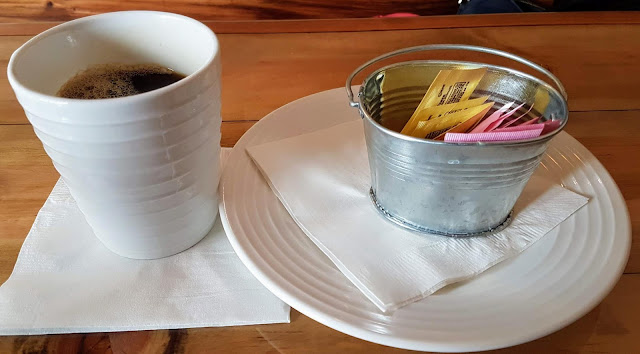 We even got complimentary bites (small squares) of their key lime and brownie cakes along with a pleasant Happy Easter after our meal. The service was excellent and the food came out post haste, quicker than I had expected for a new place with a decent size Easter Sunday crowd. The room is large, clean and open, and they have obviously spent a fair amount on renovations with four large booths, six four-top tables, and a lunch counter that seats about eight. They need some more stuff on the walls to make it feel more homey, but that will come with time. 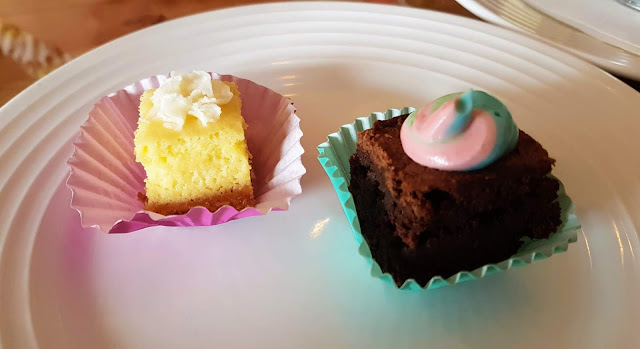 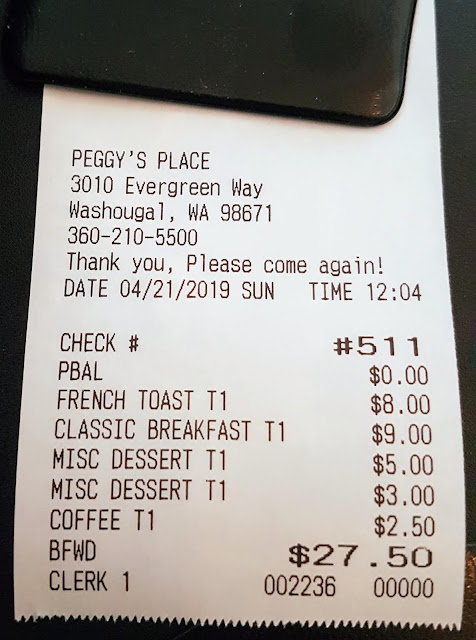 I hear that their cheesecake is delightful, but at $8 per slice, I was not inclined to give it a try given the price and my satiated state. Their prices are fair for the most part, but at $8 for a whole order of Biscuits and Gravy and for a slice of cheesecake, I would say both are overpriced by at least a couple of bucks. I would also recommend giving a 10% Military/Veterans Discount and maybe a free meal for Vets on Veteran's Day, something no other Washougal restaurants currently offer. 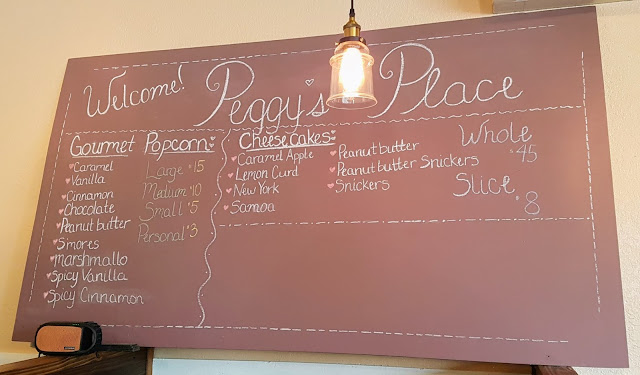 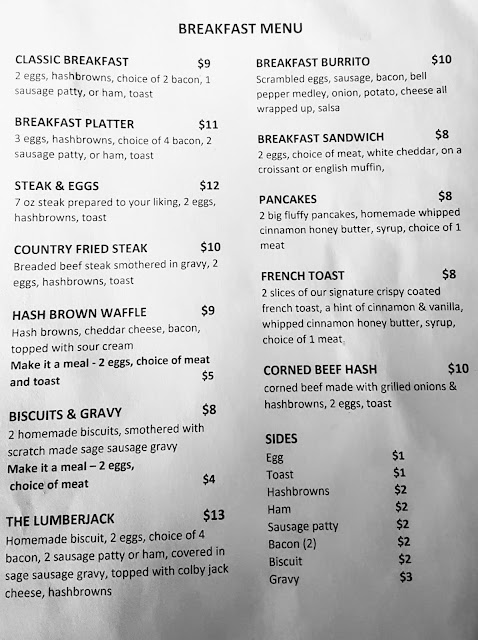 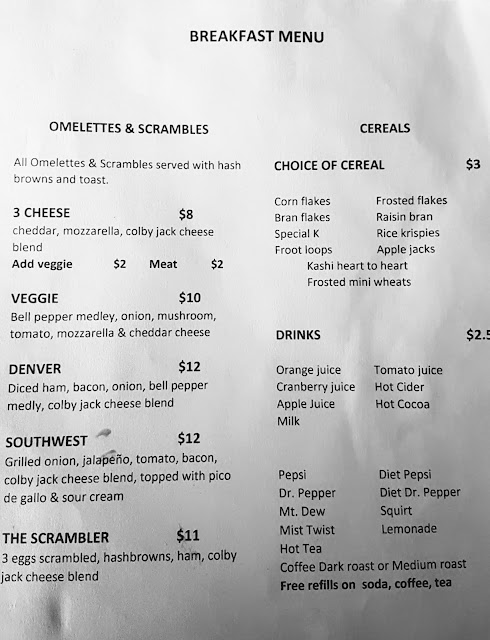