Stevenson, WA: I Am Not Bluffing, This Place Is A Definite TravelValue

After a day of exhilarating whitewater rafting on the White Salmon River, we were parched, famished, and hankerin' for some decent chow. Stevenson was right on our way home, so we checked out the menus of some of the local eateries and Red Bluff Taphouse took the cake. 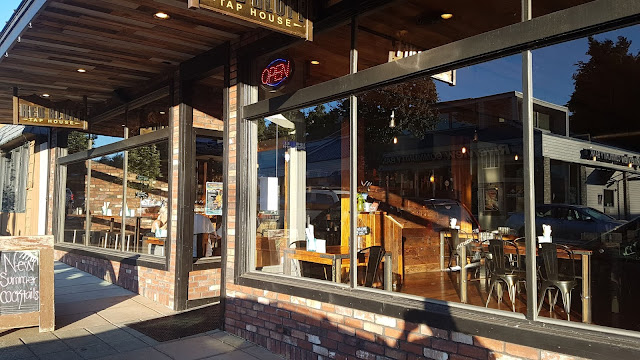 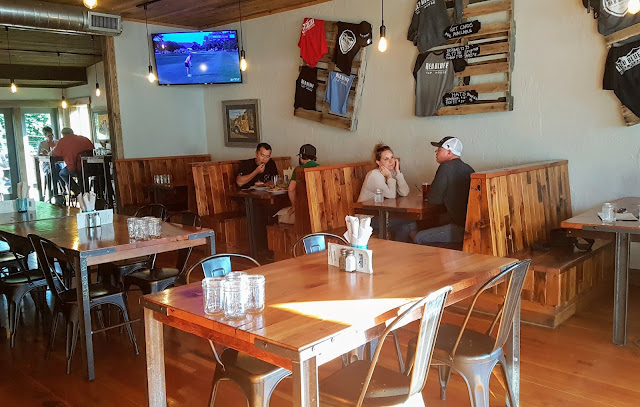 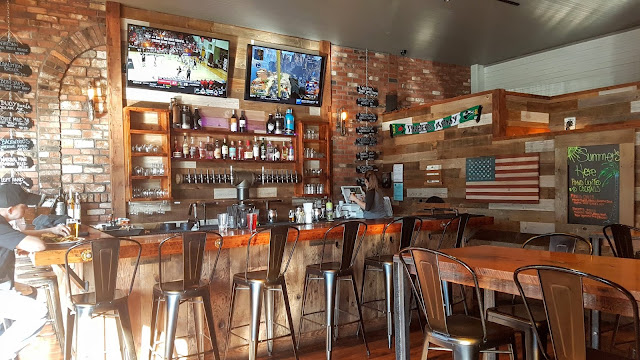 Established in 2016, the place has not been there very long, but it is very welcoming with lots of wood and light from the large windows facing the street. The dining room is not huge, but they have a separate bar area and a small terrace overlooking their neighbors and the mighty Columbia River just a few blocks away. Unfortunately, there was no room on the terrace, so we took a booth in the front near the street.

I ordered the Fortside Newest IPA (Vancouver, WA - 6.8 ABV, 61 IBU) and my son got the Buoy Beer Cream Ale (Astoria, OR - 5.7% ABV, 19 IBU). My IPA was smooth and hoppy, but not the best I have had by far. I tasted my son's cream ale and it was also quite tasty. At $5.75 a pop, beer is not a huge bargain here by Pacific NW standards, but I have seen much worse.
We both chose a burger for our meal, one Shoulda, Gouda, Woulda ($15) with bacon (+$1.50) for me and the Tap House Burger ($14) for my son. The burgers were thick and large, obviously handmade, and cooked to perfection, coming on a large, toasted potato bun. Mine came with Gouda cheese and their signature bacon jam along with the fresh lettuce and tomato as well as a massive portion of crispy, homemade, hand-cut fries ... HOOAH!


The service was friendly and efficient even though our server never bothered telling us her name. The food was delicious, fresh, not frozen, and filling for the price. At $55 for dinner for two and two pints of craft beer, including tip, I have to say that we made a good choice. 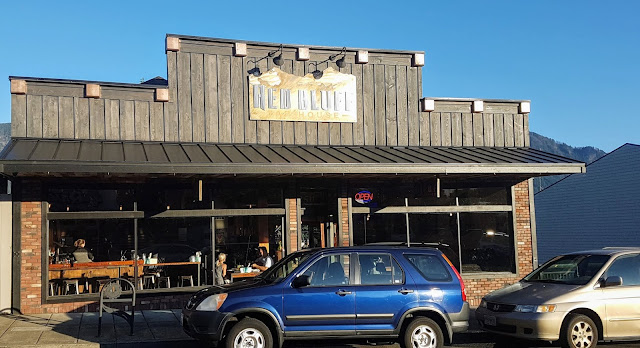 Title: Stevenson, WA: I Am Not Bluffing, This Place Is A Definite TravelValue