Kochi, India: Chinese Fishing Nets Are Worth A Visit, But Some Fishermen Are Con Artists 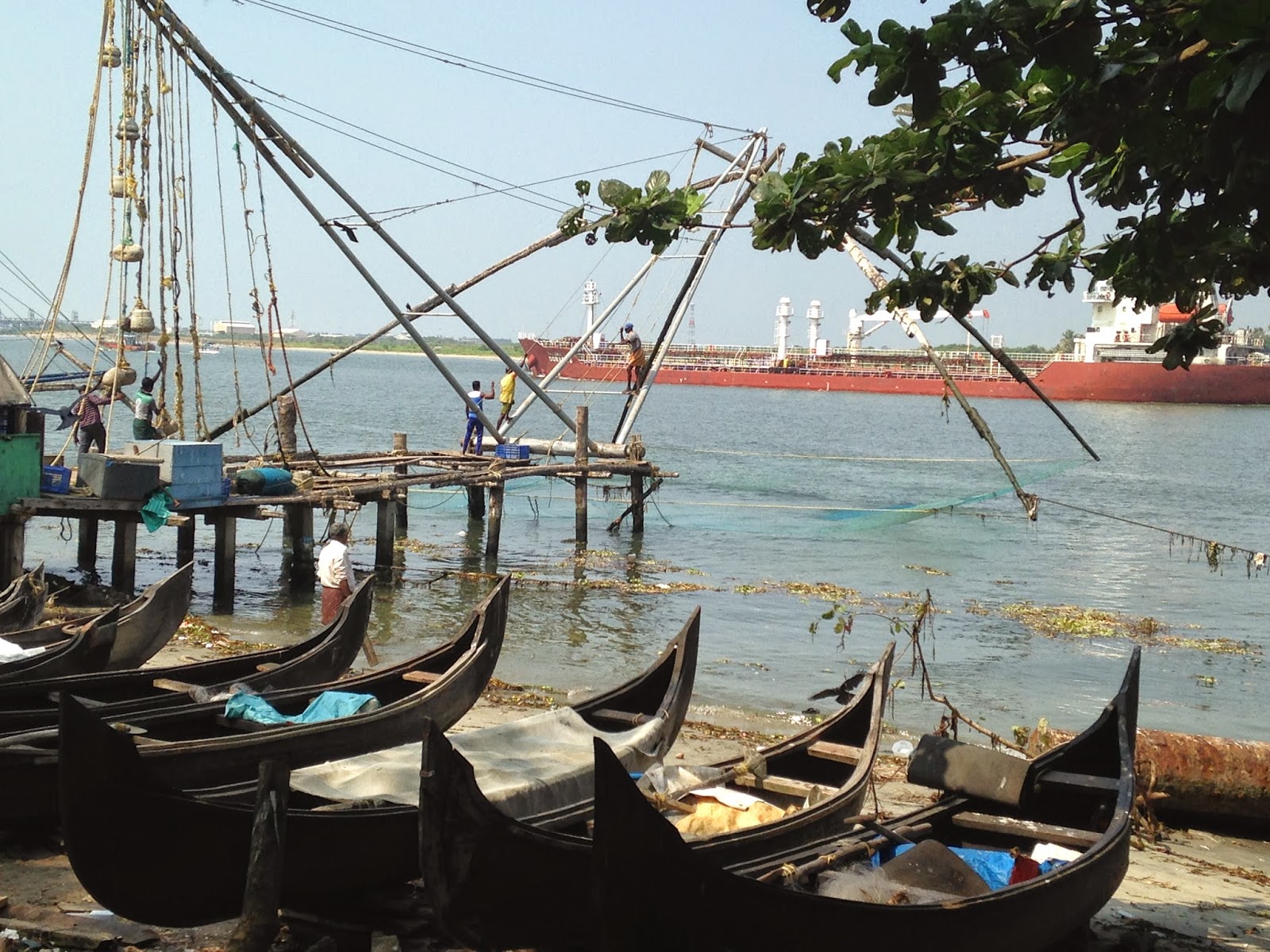 Chinese Fishing Nets (Fort Kochi, Kerala, India): Well worth a visit. This fishing technique apparently goes back centuries and I assume originated in China, hence the name. You can stroll along the seashore from the ferry terminal headed south/southwest past the numerous street vendors until you see the nets on your right. 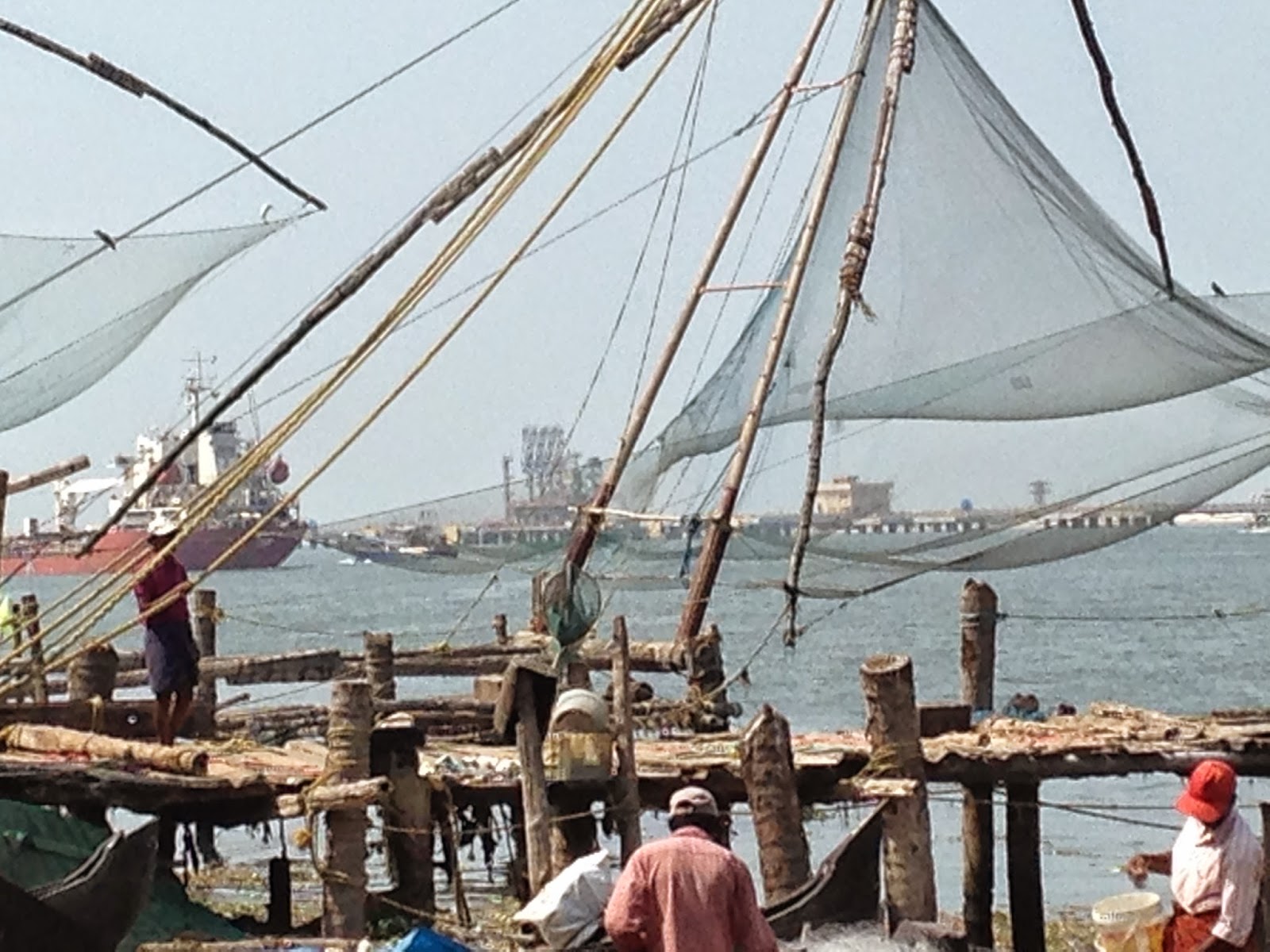 It is really quite impressive to watch the fishermen pulling the huge nets out of the water with their bounty, dropping them back in a few minutes later. They only leave them in the water 5-10 minutes before hoisting them using the ropes and the weight of the massive boulders used as a counterweight.

WARNING: Be careful if the fishermen call you over and want to show you how they work first hand. I was approached by a man named Joseph who is apparently a 4th generation fisherman. He seemed nice enough, but wary of the "nice" people that approach you throughout India to separate you from your money, I approached with caution, knowing that he likely had another motive. He showed me how they worked, asked me if I wanted him to take a photo (indication 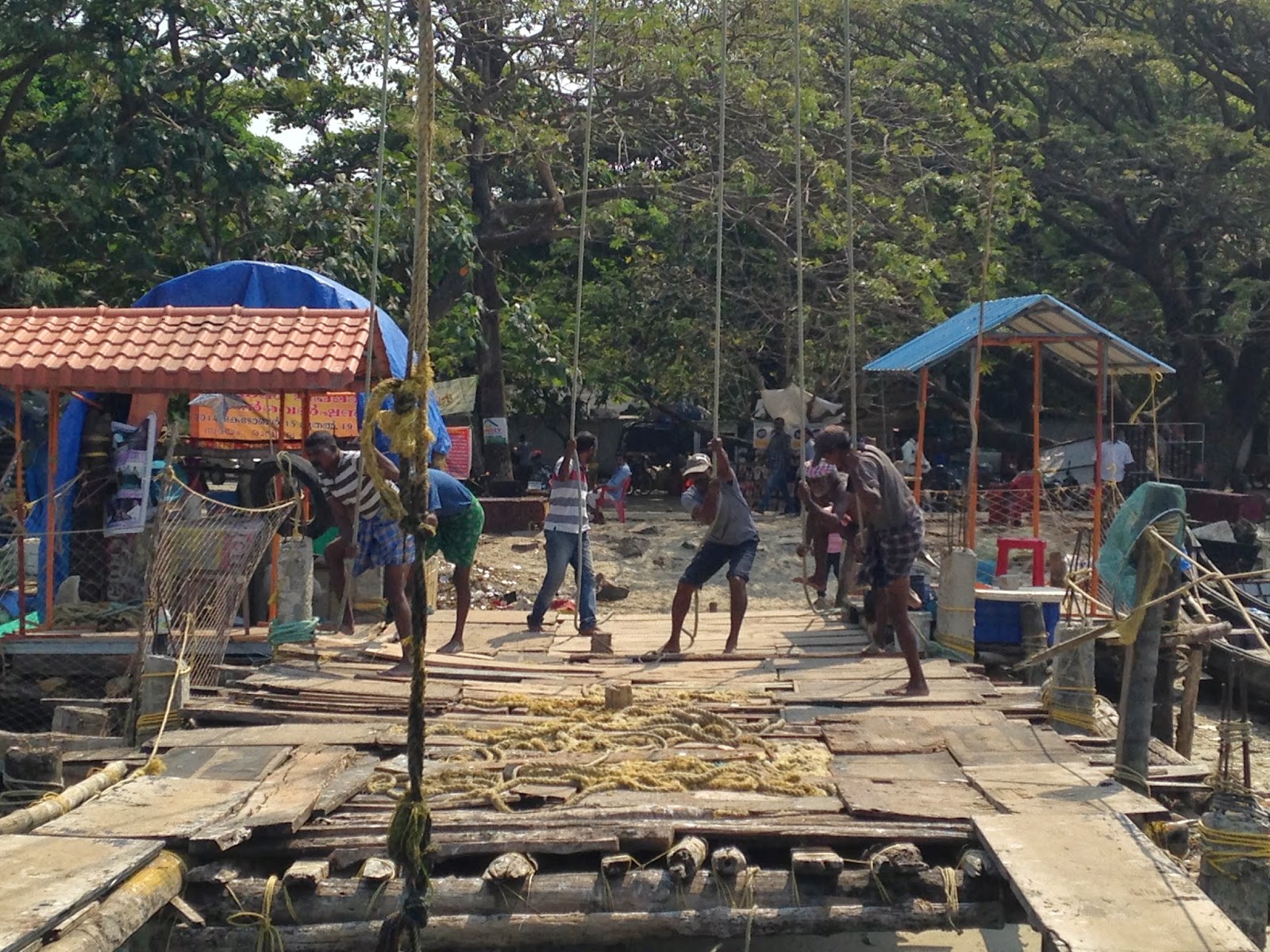 #1 that he was after my money because I have found that people that offer to take your photo for you are expecting a tip), and then asked me if I wanted to pull the ropes (while telling me how poor the fishermen are at that some tourists offer to pay 500 to 1000 rupees for the "experience"). At that point I said "thank you very much" and offered him 100 rupees ($1.60), which I was planning on offering anyway for his time and attention. But when he started whining about how little 100 rupees is and how poor the fishermen are, I put the money back in my pocket and said "if you want to be greedy Joseph, you get nothing" and walked away. Another man blocked my path insisting on a contribution, but I simply went around him and proceeded down the boardwalk. 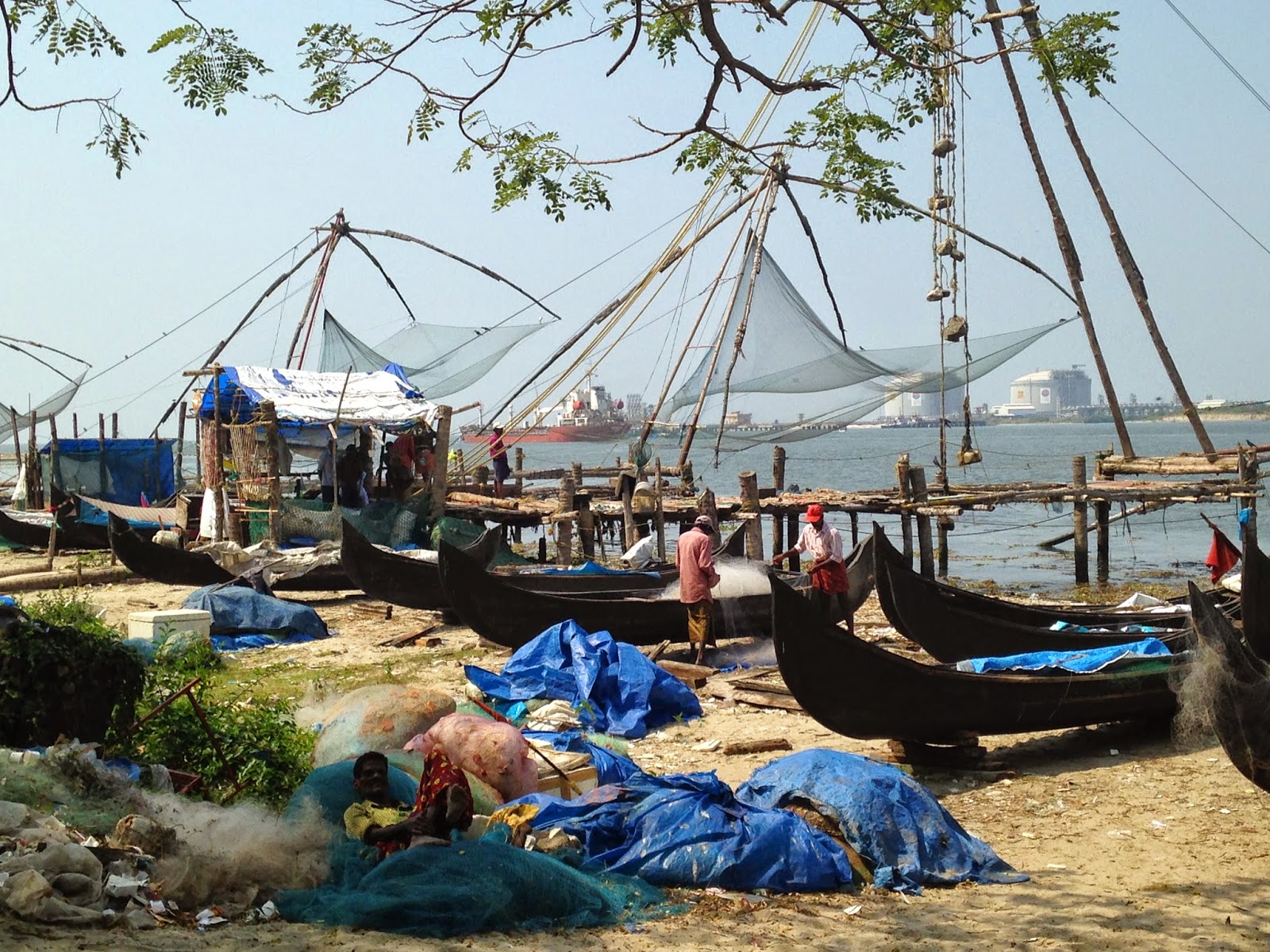 LESSON LEARNED: If anybody approaches you in India and offers a "free" service, unsolicited information, a tour, or a flower to make a religious offering ... REFUSE ... they see Westerners as walking cash registers and only want your money, as much as they can get.