Hilltop Swiss Cottage sits in its own small self-contained village atop the hills of the High Bank of Rishikesh’s Tapovan area and a little over 1 kilometer from Laxman (Lacksman) Jhula (bridge), the northern most bridge over the Ganges (Ganga) River in town. The “Swiss Cottage” area has seven or eight hotels and guest houses, an equal number of restaurants (Raasta and Nirvana Cafés, Swiss Garden, and Oasis to name a few), a couple of small markets, a laundry, travel agancies, yoga studios, and massage parlors, so you never even have to leave the hill if you desire. It is a relatively quiet area compared to town, but is an easy walk to restaurants, the river, or numerous ashrams and other attractions. 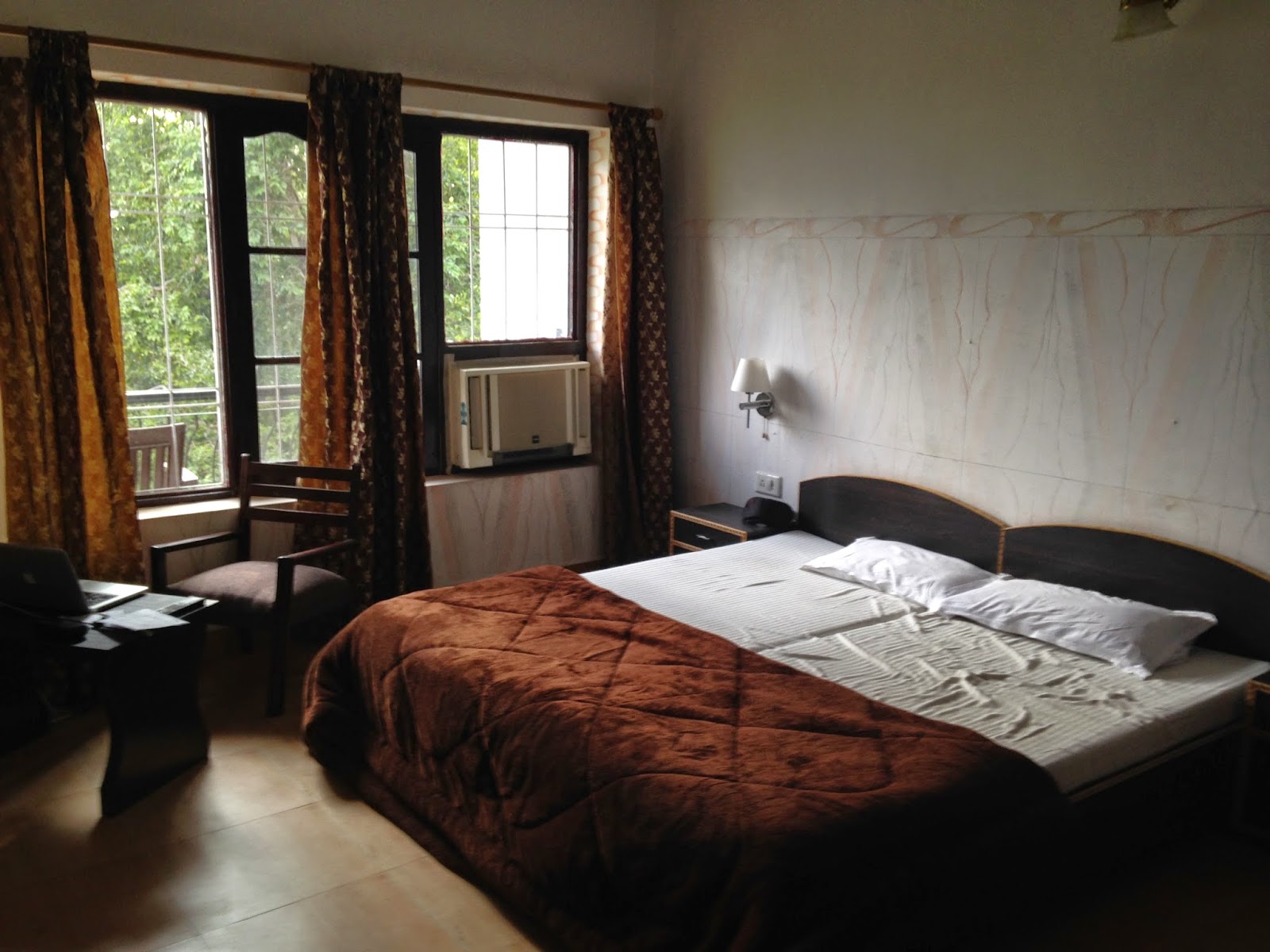 There are cheaper options even within the Swiss Cottage compound (200 rupees/$3.20 per night and up), but I had a nice, large room with a view of the river valley below, flat screen TV with cable (no CNN or BBC), relatively fast Wi-Fi, and a bath with Western toilet, tub, and a great shower with plenty of hot water for 800 rupees ($13) per night.

The staff are not overly friendly and I got the “evil eye” from numerous locals during my stay, but otherwise I would say westerners are well “tolerated”, unless you are an attractive female in which case you are given a great deal of (unwanted) attention. 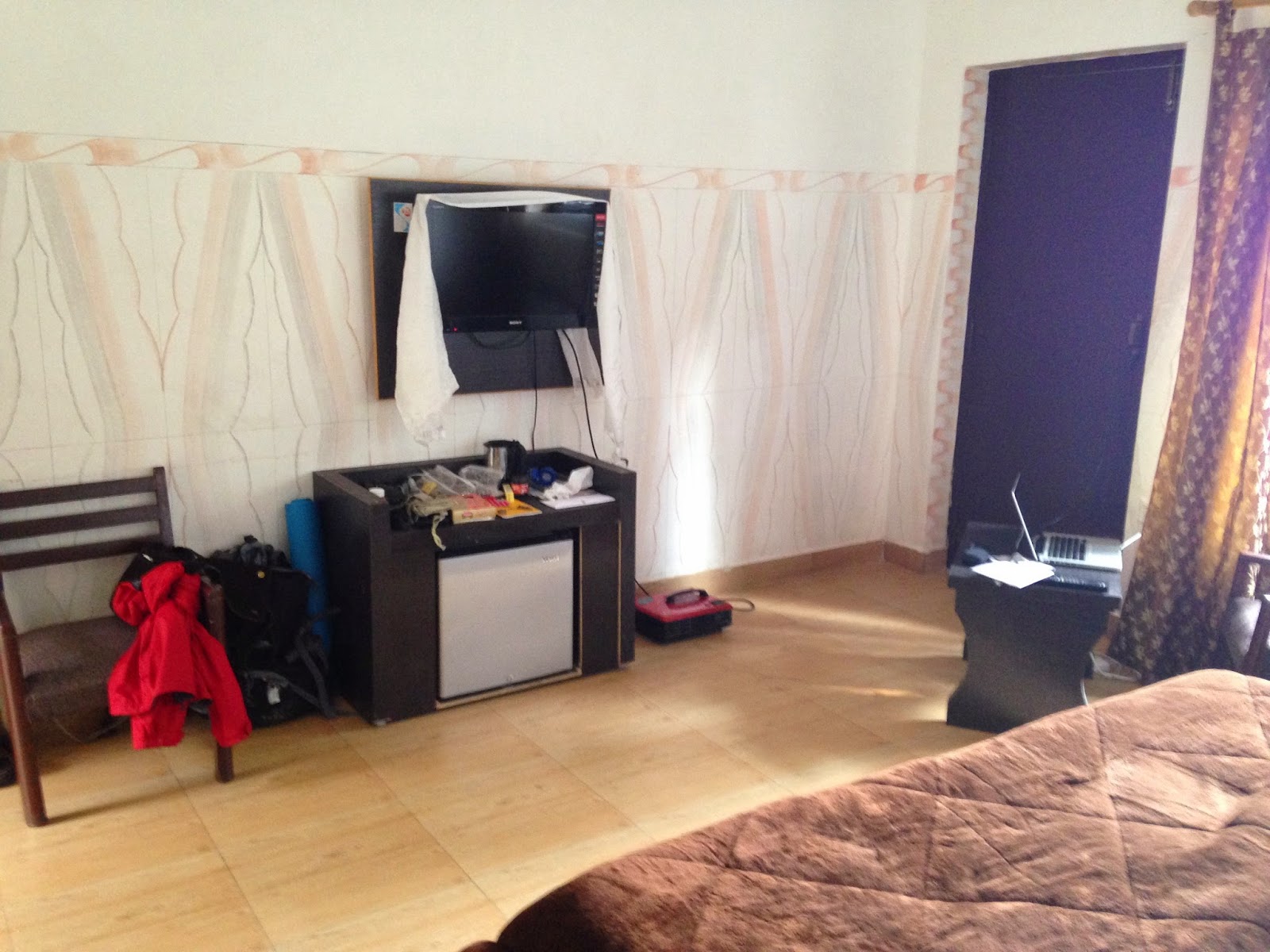 Their restaurant, The Oasis, was empty every time I walked by and other than a pot of coffee and an omelet my first morning I steared clear because the place was absolutely freezing. There were also a couple of characters there, one Dutch (I believe) and the other appeared to be from the Middle East, that were odd to say the least. The Dutch guy tried to whistle tunes with no melody and went off on a couple of Indian men for no apparent reason and the other guy kept whispering something to me I could not undertsand while looking at me like he wanted to slit my throat. Unnerving, so I ate breakfast at Raasta Café from that point forward. 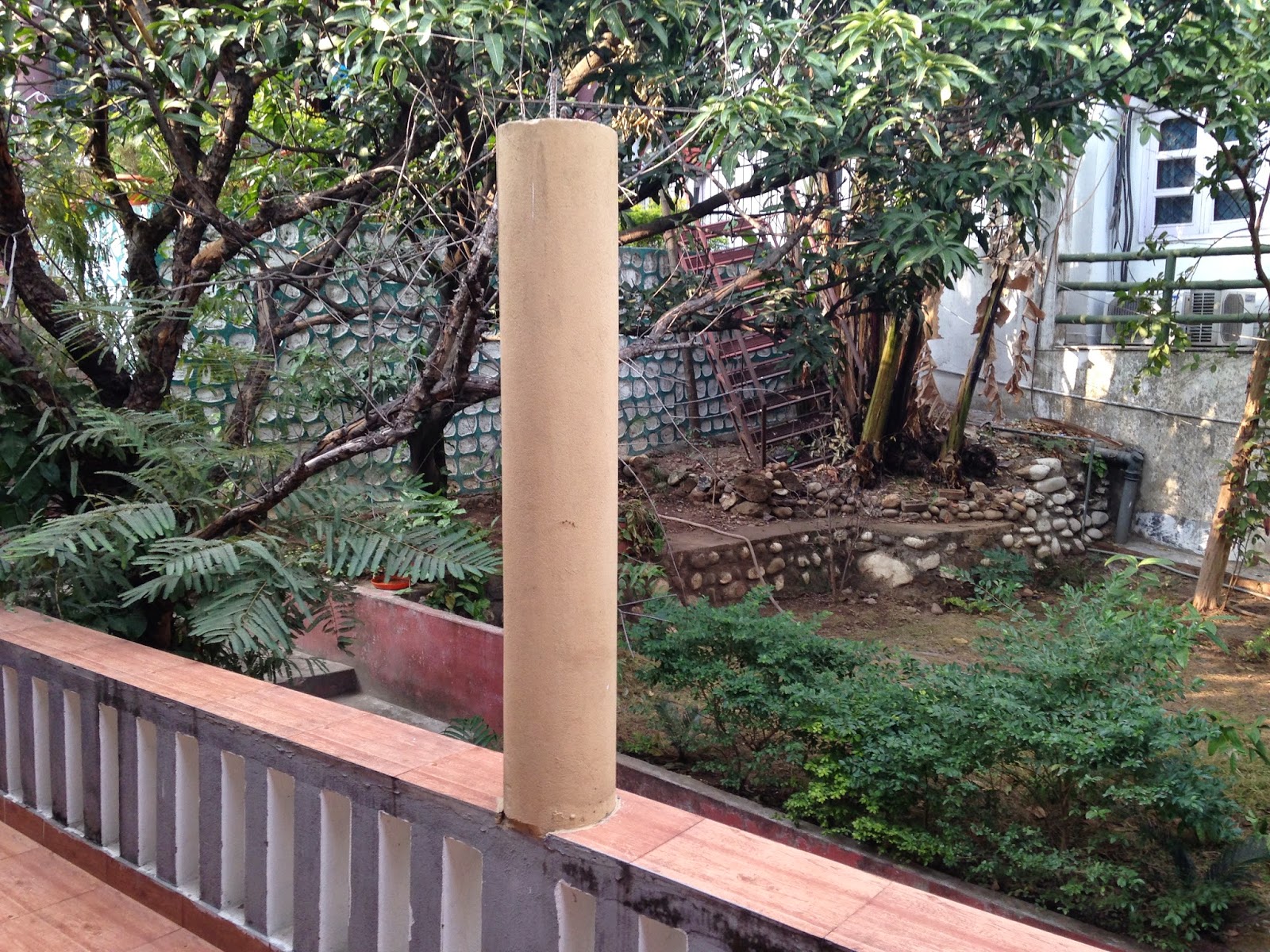 They have their own yoga studio and meditation hall, but when I stopped by at the appointed times on my first morning, I had apparently awoken the instructor who appeared at the door disheveled from sleep and not ready for a class as advertized. Nothing opens before 8am in the compound, so if you are an early riser be prepared to keep yourself occupied until then. The room did have a small fridge and a boiler (kettle) for hot water, so you can buy some coffee, tea, milk, or soft drinks to have in the room (no alcohol because Rishikesh is a "dry" town). 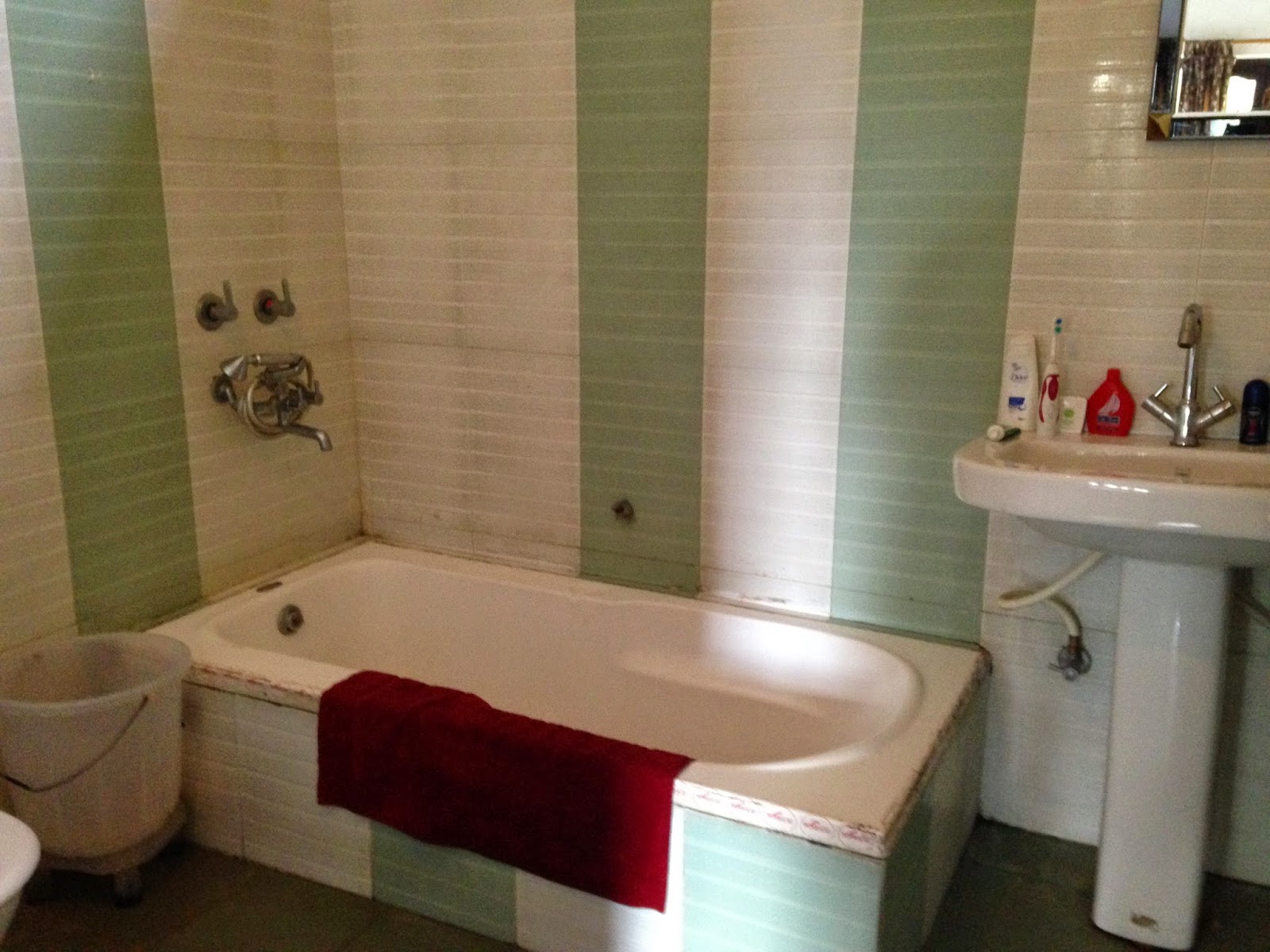 Being December and in the foothills, Rishikesh is chilly when the sun goes down and the room (and everywhere else for that matter, because India apprently has not figured out central heat yet) was freezing. When I booked the room on Booking.com I clearly saw “heater” advertized in the room, but when I arrived there was none to be found. I asked the manager and he told me that I had reserved the “standard” room without  heat, but when I checked my reservation again I was in-fact correct and he quickly brought me a heater, a small space heater that barely kept the room warm.

Title: Cottage Maybe, Swiss It Is Not, But A Decent Hotel Value