Arriving in Rome after an uneventful plane ride across the Atlantic, I found the Easy Jet counter for my leg to Palermo, Sicily. Easy Jet is anything but, with extra charges for everything, my €49 fare quickly became nearly double at €90.


Not So Easy Jet's Rome (Fiumicino) check-in counter was chaotic and I stood in line unnecessarily for 10 minutes before realizing that there was a bag check counter for those smart enough to print their boarding passes online. Even then, the short line took forever as the large family in front of me took items out of their bags to meet the 20 kg weight limit (44 lbs). Finally checking my bag 30 minutes later, I made my way to.the terminal and in to Palermo.


Upon arrival at Palermo's new Falcone-Borsellino Airport for my bus ride to Trapani, not quite my final destination, my wife's picturesque, medieval hometown of Erice, I took the Segesta bus straight from the airport to downtown Trapani where my wife and her cousin were waiting for me. There are trains to Trapani, but the Italian train system is sometimes unreliable and I would have had to travel 20 kilometers back to downtown Palermo to catch the Trapani train, so the bus was faster and cheaper (€9.60).


Trapani is a medium size city that sits on the Mediterranean Sea in the northwest corner of the island of Sicily and Erice sits atop a nearby mountain, easily visible for 20 miles in any direction. Trapani is fairly clean and beautiful, but Erice is the gem of this area and a medieval delight. 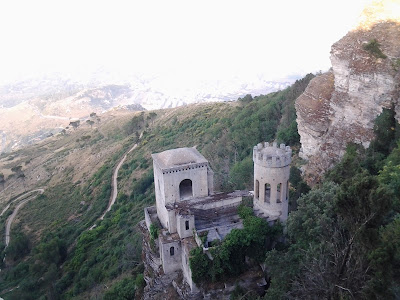 You can take the cable car from Valderice at the bottom of the mountain (€2.80 per person round trip) or if you have a car, you can drive to the top where parking is liberal and inexpensive. Erice is a walled city and quite small, easily walked in 2-6 hours depending on your pace, how many of the quaint shops you want to stop in, or if you want a leisurely lunch or dinner in one of a small selection of restaurants. If you arrive at the right time, June through August, you can try the unique and delicious jasmine gelato (ice cream). You have not had ice cream until you habeas eaten gelato, and jasmine is a variety and delicacy found nowhere else in the world. Spend time enjoying the stroll over the cobblestone streets, but be sure to wear shoes with soles that will not slip on the shiny rocks, which can be quite treacherous, particularly when wet. 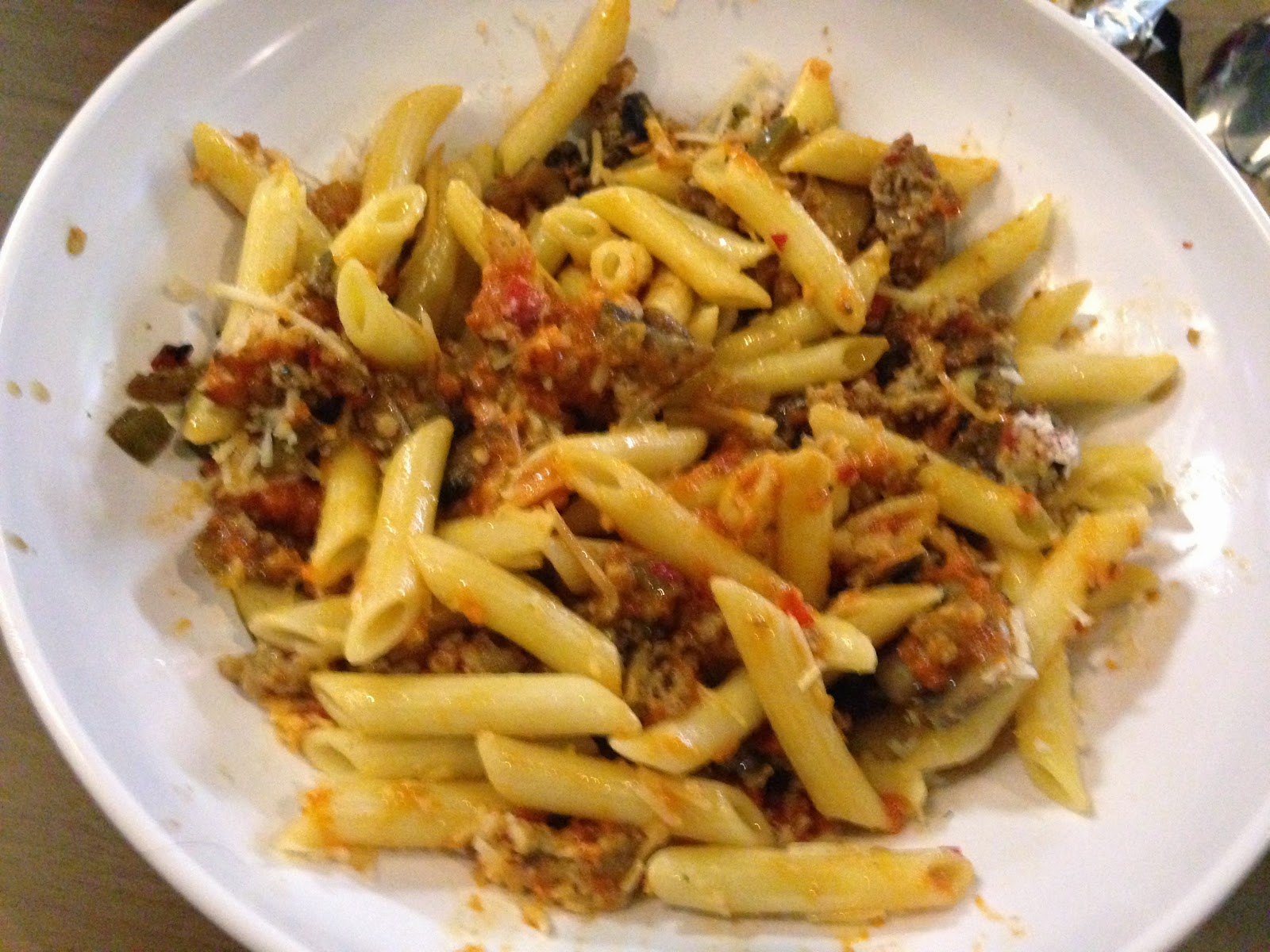 There are many wonderful things to see in and around Trapani, including Basilica della Madonna di. Trapani, the town of Marsala, the Egadi Islands of Favignana, Marettimo, Levanzo, the Greek ruins at Segesta, the island of Mothia, San Vito Lo Capo, and Agrigento's expansive Greek ruins, about an hour and one half south of Trapani.

The people and food of Trapani must be enjoyed, with the people passionate and friendly, and the food robust and unique. The local cuisine has a definite Arab influence, having occupied Sicily for several centuries after the fall of the Roman Empire. CousCous can be found as a staple in many dishes in exchange for pasta, and is a delicious and unique change of pace from many 'primi piati' (first dishes) found elsewhere in Italy.

Summers are quite hot in Sicily, so make sure you dress appropriately, luring sunglasses and sunscreen, and book a hotel with air conditioning unless you enjoy sticky nights. 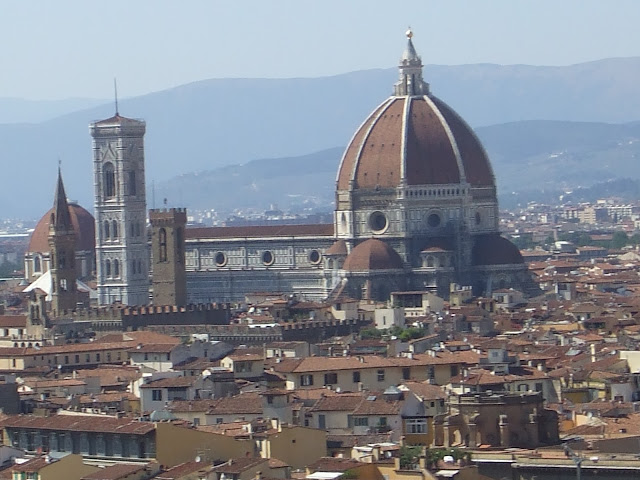 The Basilica di Santa Maria del Fiore (Saint Mary of the Flowers) is the center of Florence. Begun in 1296, it was completed in 1436 with an exterior covered elaborately with polychrome marble in shades of green and pink bordered by white.

The second largest and most beautiful cathedral in Europe, "Il Duomo" and its equally impressive baptistri (baptistry), dominate this large piazza surrounded by medieval pallazzi (palaces). Crowded during peak seasons, watch out for gypsies and pickpockets, and DO NOT sit on the church steps (it is now illegal), but enjoy this "awe inspiring" scene with a drink. , a gelato (ice cream), or meal at one of the many bars and restaurants in Piazza del Duomo. 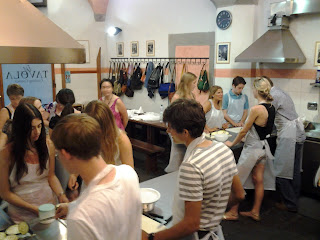 For those who love to cook and always wanted to attend a Tuscan cooking course, In Tavola is a small Tuscan cooking school across the Arno via Ponte Vecchio from centro storico (the historical center) and down an ally across from Palazzo Piti. The school has offerings from a 3 hour pasta making class on Saturdays at noon during the tourist season (April to November), as well as 2, 4, 9, and 17 lesson courses (beginner and intermediate), all the way up to the 25 lesson advanced course. Here are just a few of the many courses offered:

Regional First Courses
This course is dedicated to the wealth and variety of Italian Regional cuisine, from the North to the South of the peninsula. Typical dishes from each region will be prepared, including Spaghetti Carbonara, Trennette al Pesto and Linguine alla Viareggina.

Tuscan Cuisine
This course is dedicated to the cuisine of Tuscany. Participants learn how to prepare traditional recipes such as Ribollita soup, Baccala', Spelt soup, Crostini and typical desserts. 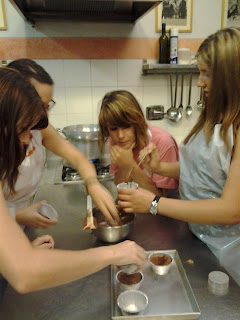 Fabrizio, the school's owner and resident expert teaches classes with zest and humor, making all participants comfortable and left feeling included, no matter their level of expertise. We attended a 2 1/2 hour course where students made an antipasto, melanzani pizzaiola (eggplant smothered with fresh tomato and mozzarella cheese, then drizzled with olive oil and baked in the oven), looking like a miniature pizza and tasting delicious when done. The antipasto was followed by a primo (first course), gnocchi pomodoro, which consisted of hand made potato gnocchi in a fresh and simple tomato, garlic, and parsley sauce. The course, and the subsequent meal, concluded with a chocolate souffle, first frozen after preparation, then baked to perfection and sprinkled with cocoa powder and powdered sugar. A nice compliment would have been a dollop of fresh whipped cream, but the souffle was delicious nonetheless. 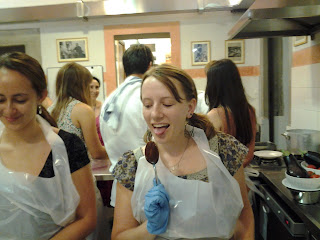 Finally, the meal is enjoyed as a group in the schools medieval wine cellar, a cool, arched brick structure immediately behind and below the school's kitchens. The meal is accompanied by an abundance of water and local wine, for those who wish to imbibe. We were there with the University of Kansas Italian Department's "Study Abroad" Italian total immersion program, so the students, mostly underage by American standards, could not enjoy the vino...and neither could the instructors. Fabrizio and other staff members make their way around the tables to chat and answer questions and the course concludes with the distribution of menus including all of the recipes attempted, successfully in this case I might add, during the 3 1/2 hour class. 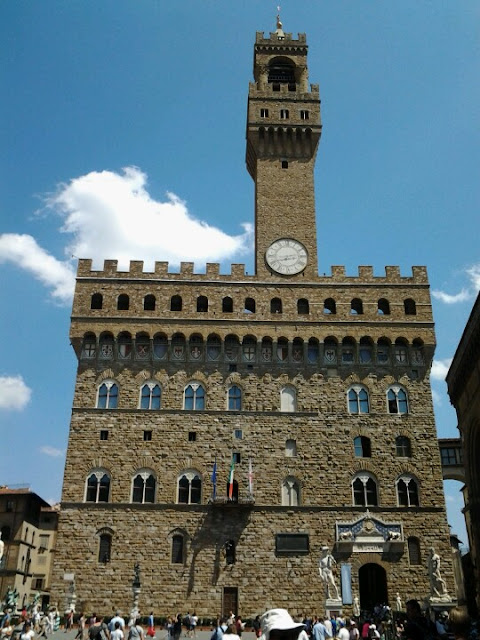 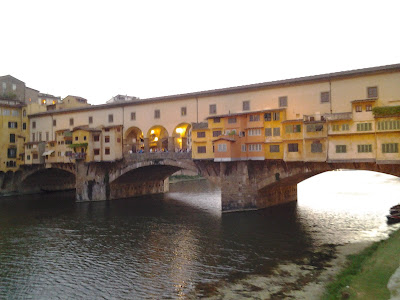 
Lucca and Pistoia by Train

Sorrento and the Amalfi Coast