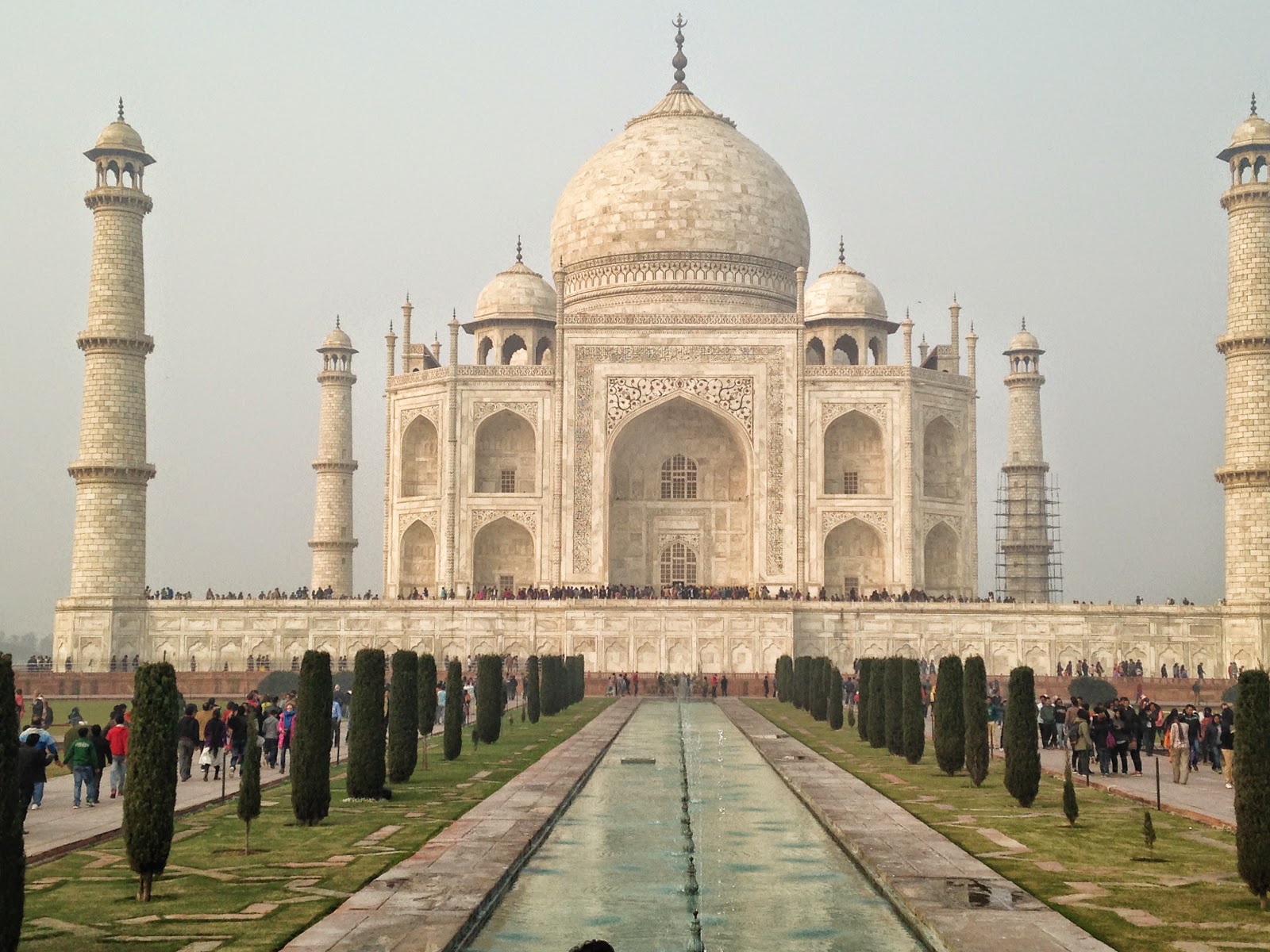 If you want to see the Taj Mahal and Agra Fort, make a day trip out of it rather than staying overnight in Agra. Agra has few redeeming qualities other than these two extremely impressive landmarks in my opinion and spending even one night should be avoided. Let's face it ... Agra is a pit!

There are bus tours available or you can take a train from the main New Delhi station if on a budget, but I would not recommend the train unless you have confirmed reservations both coming and going. If planning a visit to Varanasi by bus, car, or train, another option is to visit Agra on the way as it lies between New Delhi and India's holiest city. However, by the time you pay for two or more bus tour tickets, you could hire a private cab to take you to Agra, leaving New Delhi at 9AM, visiting both Agra Fort and the Taj Mahal, stopping for lunch and some shopping, and returning to New Delhi by 9PM.

My wife and I hired a taxi for the day at our hotel near the New Delhi train station, charging us 7,500 rupees ($120.00) for the itinerary described earlier. We left around 9:30 AM on a Sunday morning, a good day to go to as traffic is quite a bit lighter in New Delhi on a Sunday morning. It took us about two-and-a-half hours to get to Agra Fort, including a pit stop, traveling on the toll road, which costs a little more than the toll-free route, but shaved an additional two hours off the journey ... each way!

A foggy morning, we decided to visit Agra Fort first to let the clouds burn off a bit before we headed over to the nearby Taj Mahal. We picked up our "complimentary tour guide" who briefed us on safety/security details upon arrival where "hawkers" and "pickpockets" reportedly would be waiting for us when we exited the taxi. The hawkers were no worse than any other tourist attraction in India and pickpockets are not a problem as long as you use a little common sense and pay attention to your surroundings. 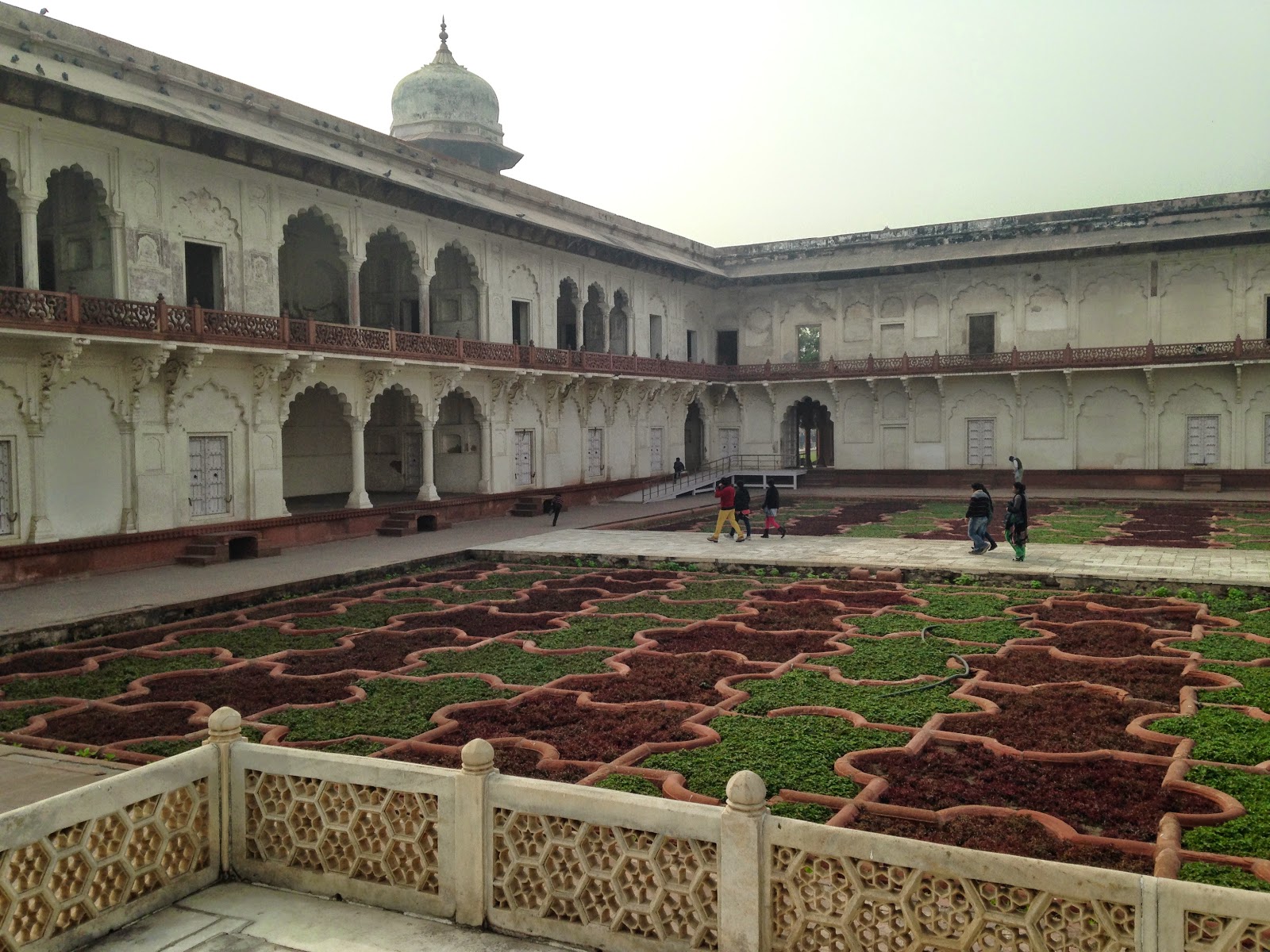 Agra Fort is beautiful, impressive, and crowded. Entry was 350 rupees ($5.70 each) and we spent about an hour walking through the grounds, snapping photos, and learning about its history from our guide. We may have very well missed something as we found out later that our guide was cutting corners and not totally truthful in order to move us along so we had time to go shopping at a marble factory he was "touting" ("receiving kickback from", a common practice among taxi drivers and tour guides throughout India and elsewhere).

The Taj Mahal is open every day except Friday from sunrise to sunset, not "6am to 7pm" as advertised by About Travel's "India Travel Expert" in her Taj Mahal Travel Guide: What to Know Before You Go. There are three gates, but we entered through the East Gate (described as the "VIP gate" by our guide), paying 750 rupees ($12.15) each for entry, jumping on a tram for the short ride to the entrance. The lines were short both to buy tickets and enter the grounds, so this may very well be the best available option.


Once inside, there is a large courtyard to traverse before entering through the "Royal Gate", an ornate red sandstone arch where the enormous Taj Mahal looms in the background as you enter. Having seen countless photos and heard numerous stories about the Taj Mahal for many years, I was very interested in visiting, but until I actually saw it in person, I had no idea how impressive it actually is. 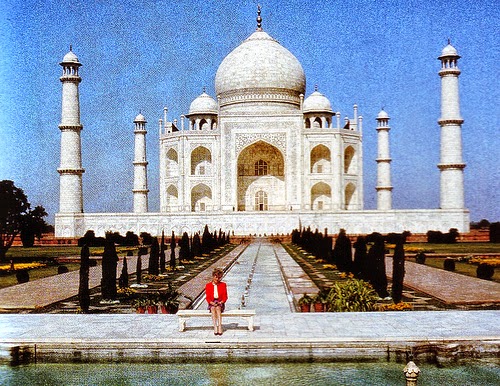 The long, narrow reflecting pond is cut in half by a raised terrace where "Princess Diana's Bench" or "Lady Di's Chair" is located, the location of a famous photo taken of the princess during a visit to the Taj Mahal in 1992. We were told, as were many other tourists apparently, that the bench closest to the "Royal Gate" (on the opposite side of the terrace from the Taj Mahal) was where the photo was actually taken. But I assumed it was actually the other bench (closest to the tomb and, oddly enough, ignored by most tourists even though it offers a much better photo opportunity) where it was taken, a hunch that was confirmed the next day when I checked the internet for the photo.

There is a small museum (free) on the West side of the grounds halfway between the Royal Gate and Taj Mahal that is well worth a visit. I knew it was there and as our guide tried to steer us toward the tomb I asked if we could visit, but he said "it's closed for renovations". I could see that people were entering and leaving the building, so I insisted on going over to check. "Oh, they must be letting a small number of people in, you are very lucky" he exclaimed as we walked up to the doorway. The museum has four small rooms with artifacts from the site and other interesting exhibits, so take 30 minutes and visit. 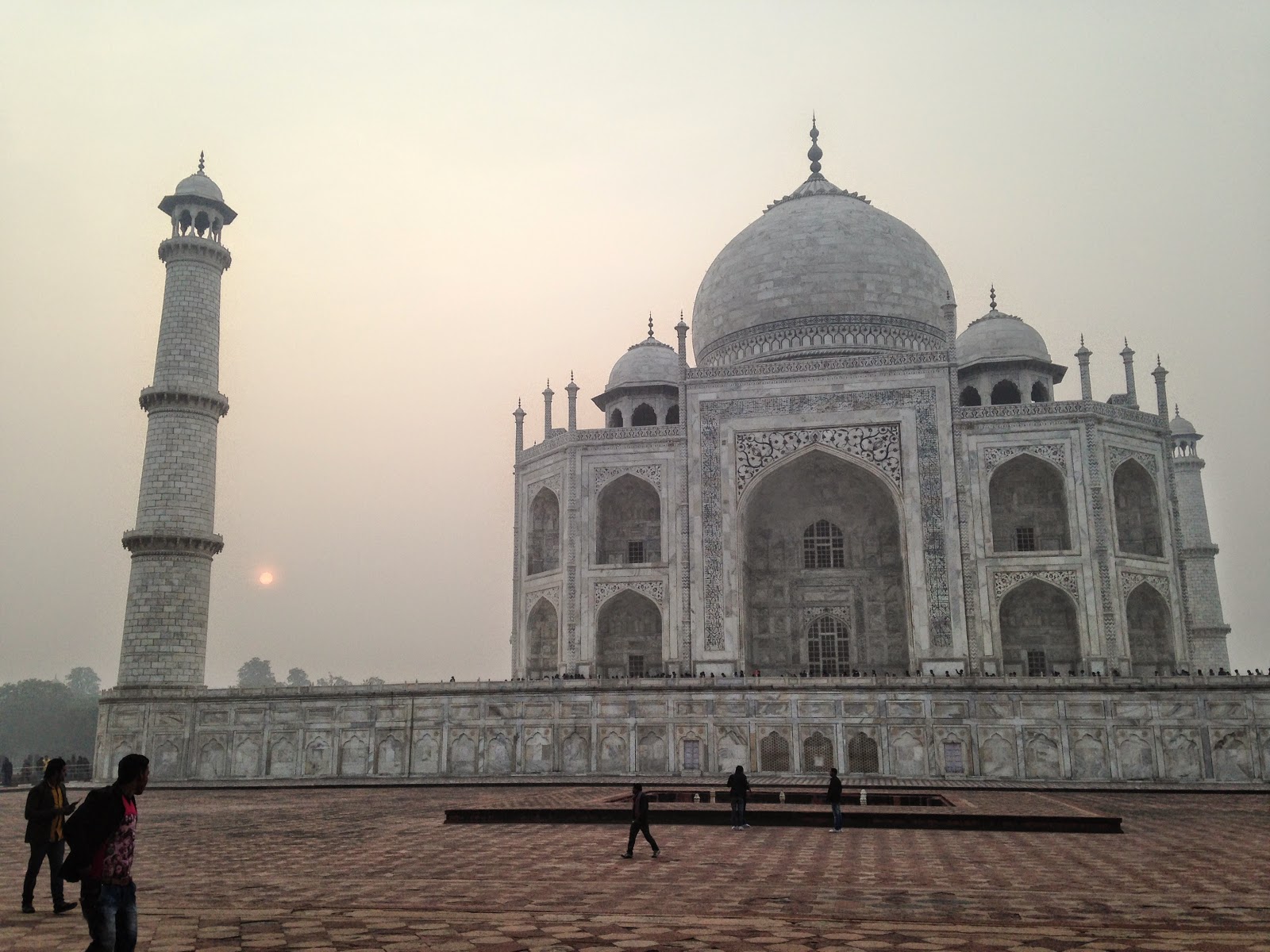 You can read about the Taj Mahal in many places, so I will not elaborate here. I will say that it is absolutely breathtaking and a MUST SEE in your lifetime, this coming from someone who has traveled to 51 countries and having seen many of the most beautiful and famous attractions in the World. Even though the tour guide lied to me about the museum, normally a deal breaker, he took 4+ hours out of his day to show us around Agra, so I gave him a 500 rupee tip ($8.20 - he probably would have gotten 1,000 rupees if he had not lied), a small price to pay for an experience of a lifetime.

CombatCritic Gives The Taj Mahal and Agra Fort 10 Bombs Out Of 10 ... More Bombs Are Better!