Portland, OR: Achtung ... PIckle Soup And Other Bavarian Delights

Achtung, pickle soup? Ya, it is gut! Good, solid German food and this is coming from a guy who has spent a lot of time in Germany and other schnitzel eating countries. I have never had or seen Pickle Soup before, in Germany or elsewhere, but they have it here (Cup - $3). It is bright green, looking like radioactive waste, but with a creamy, mild dill flavor that is quite pleasing to the pallet. 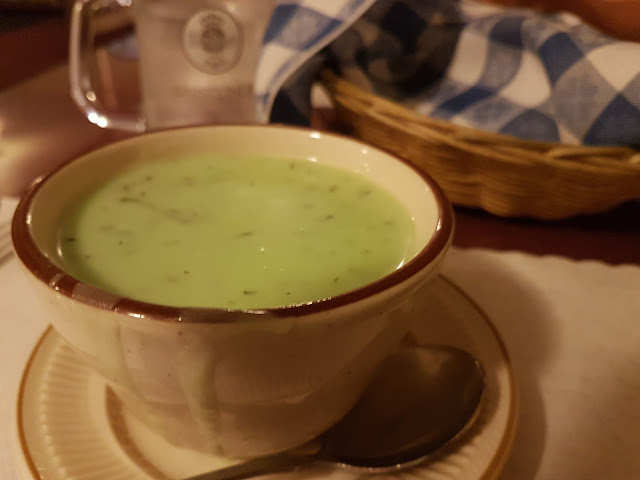 They have three german biers on draught, a Pilsner (piss, like Bud, but made in Germany), a Hefeweizen (wheat), and a Schwarz (literally "black" or dark beer - all 1/2 liter - $5.50). Those are general, descriptive terms for a class of beer, but when I asked specifically what the schwarz beer was, I was simply given the definition. Rather than push the issue, I simply asked the server to bring me one of whatever it was. It was quite good with a rich, caramelly flavor and hints of coffee, whatever it was. 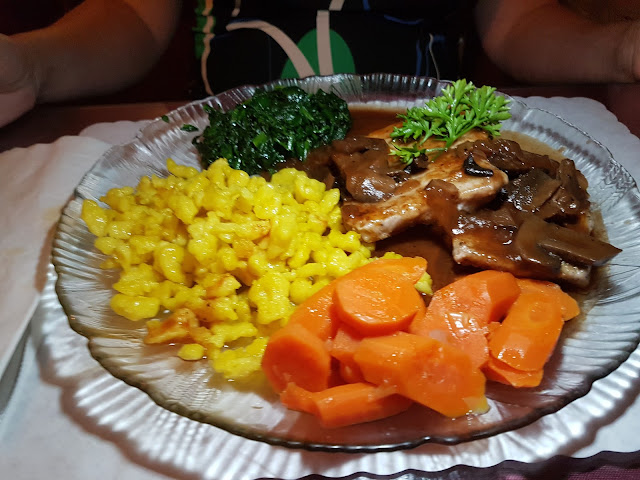 My wife wanted the Rahmschnitzel ($17.50) of course because she always picks the dish on the menu that I want, but I swayed her toward the Jägerschnitzel ($18) instead. When I try a new German place, I like to sample the staples - schnitzel, wurst, goulash, spätzle, red cabbage, sauerkraut - in order to get a feel for their knoweledge of German cuisine. I ordered the rahmschnitzel, mostly because this was the only place I had seen rahmschnizel on the menu outside of Germany and it happens to be my favorite. 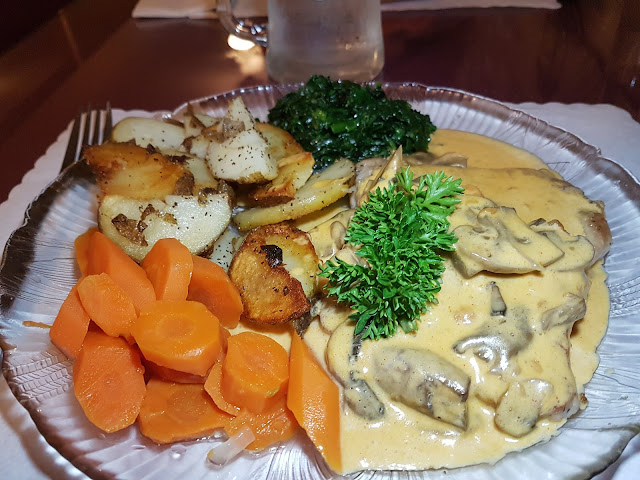 The Jägerschnitzel was delicious, but the sauce tasted more like a Burgundy than a sauce made with white wine as is normally the case. It was very good despite the French, vice German, flavor with sliced, fresh mushrooms. The rahm sauce was rich and creamy, also with sliced shrooms, but with a reddish/orange tinge, probably a touch of paprika which we also found on the fresh, warm bread rolls (made with white flour - not traditional pumpernickel) that came before and during dinner. Both dinners came with carrots, which I immediately gave to my wife (I love raw carrots, but detest cooked ones), spinach, and spätzle (which I sub'd fried potatoes for). Red cabbage is a more traditional side, but a little red cabbage goes a long way, so this was a nice diversion. 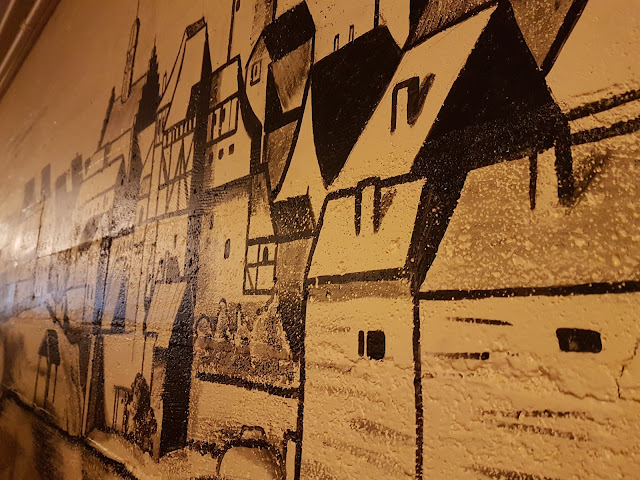 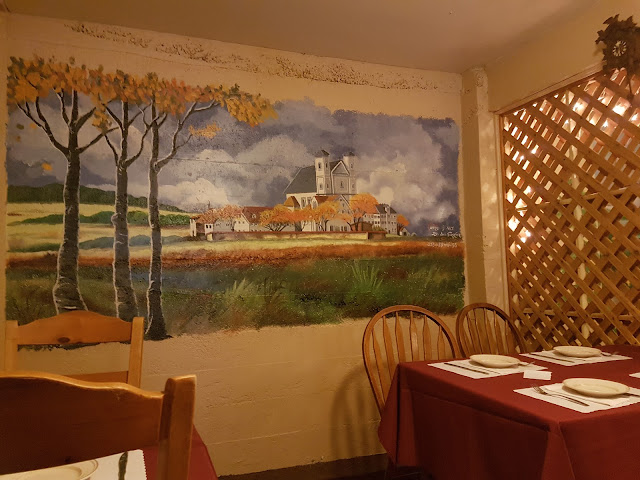 The pork cutlets used for the schnitzel did not seem to be have been dusted in flour prior to searing in the traditional way, but were bountiful, probably 6-8 ounces. My single complaint being the, how do I say it politely (?), "durable" texture of the pork cutlets. It was not what I would call "tough", "chewy" or "gristly", but it was slightly difficult to cut, even with a knife and definitely not with a fork. Most schnitzels I have had are tender as a whore's heart and could easily be cut with a fork. I am not sure of the cause, possibilities include frozen product, microwaving, having been pre-cooked and stored, none of which are good options, but the issue may need to be addressed. You should not have any difficulty either cutting or chewing your schnitzel. 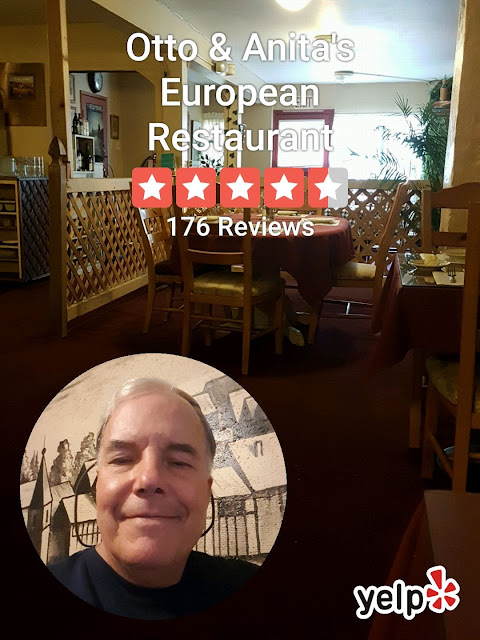 Title: Portland, OR: Achtung ... PIckle Soup And Other Bavarian Delights

Translation for Civilians: WTFO! = "What-The-Fuck ... Over!"