Long Beach, WA: Now I Know Where Cape “Disappointment” Got Its Name

Having spent a few days at Cape Disappointment State Park just 15 minutes up the road, this was one of the few modern, semi-upscale (not a dive) restaurants on the peninsula as far as I could tell. The Lost Roo has an Australian theme complete with a kangaroo in the entry and boomerangs for door handles. The décor is modern with concrete, wood and steel with high, open ceilings. 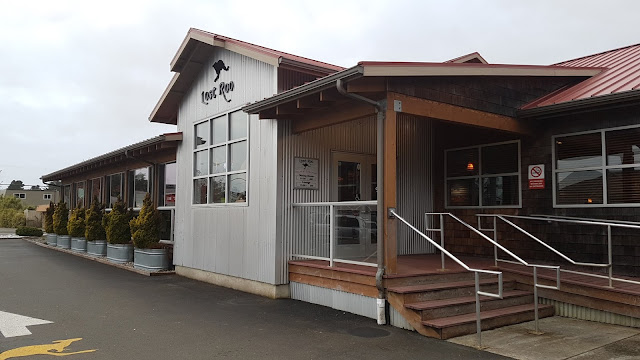 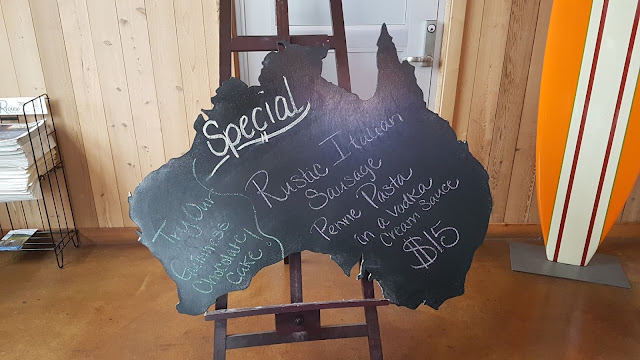 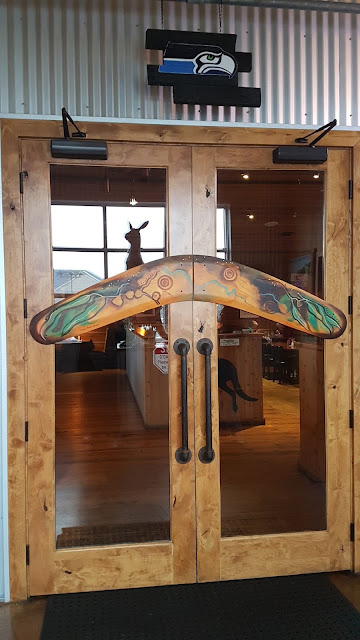 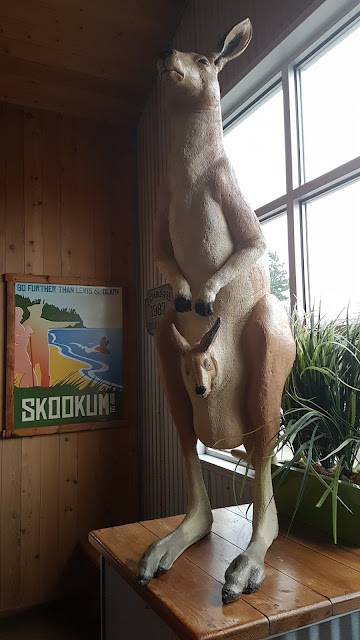 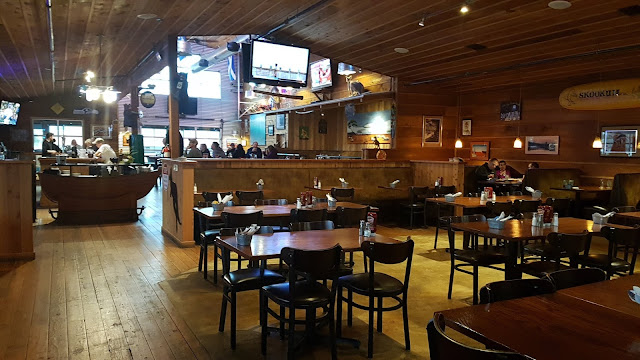 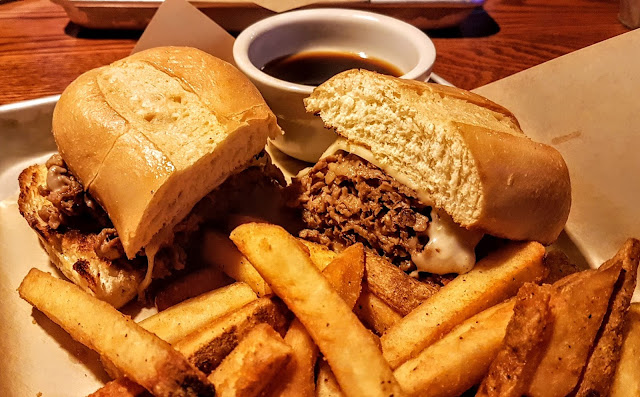 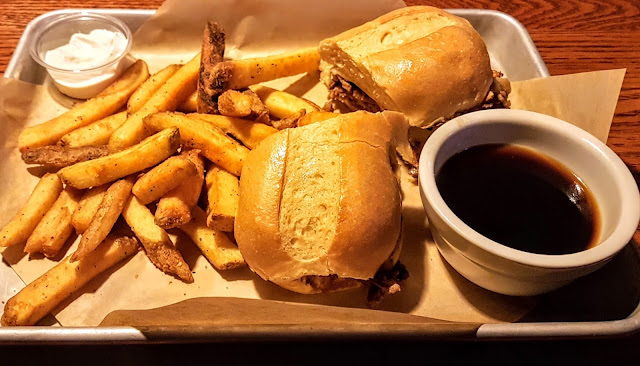 The French dip was supposed to come on a “hoagie roll”, but it looked more like a slightly elongated hamburger bun. For $15, it was a bit of a “disappointment”. The flavor was OK and the fries were decent, but I expected something more substantial for that price. 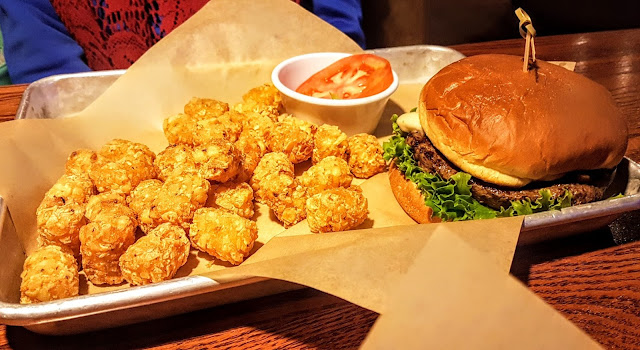 My wife’s burger was simply pitiful for $13, coming with an obviously frozen, pre-formed 4-5 ounce meat patty, a slice of Swiss cheese, and a couple of sautéed mushrooms on a store-bought bun. She had the tots instead of fries and they were straight out of the bag and frozen as well. The burger looked like something you would get a Jack In The Box and the tots were lukewarm … RAALPH!

At these prices, the Lost Roo would do well if they used fresh, handmade 6-8 ounce beef patties, a decent hoagie roll for the dip, and potatoes made in house, not straight out of a bag. Taking everything out of the freezer and throwing it on the grill or in the fryer is what you would expect at Denny’s, not a place as nice as this … WHAT A WASTE! 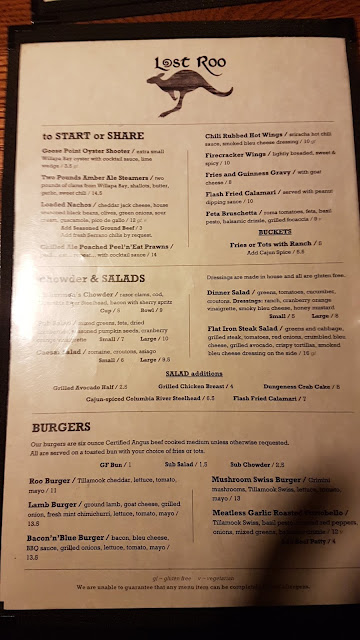 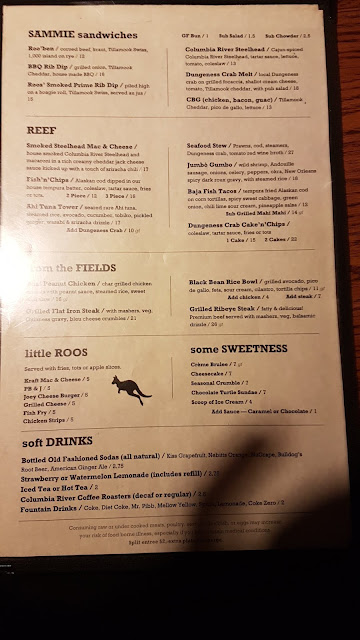 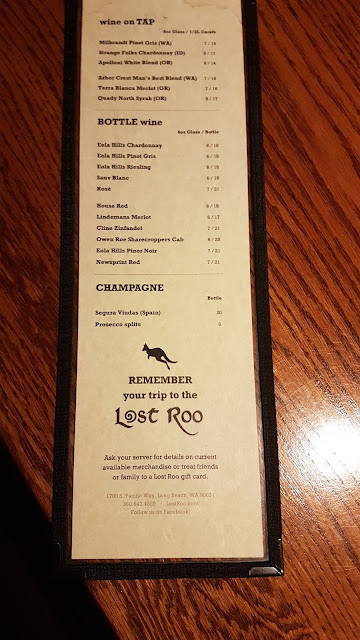 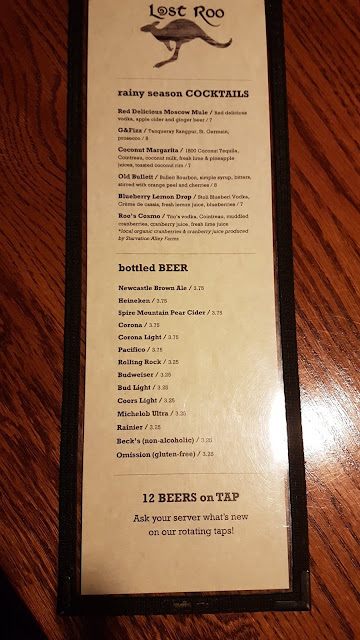 Title: Long Beach, WA: Now I Know Where Cape “Disappointment” Got Its Name