Having spent a few days at Cape Disappointment State Park just 15 minutes up the road, this was one of the few modern, semi-upscale (not a dive) restaurants on the peninsula as far as I could tell and the highest rated of two on Yelp. We arrived at the front door on Wednesday night, but, oddly enough, they were “Closed”, so we had to find somewhere else to eat in a town with few dining options, even fewer in early spring before the summer throngs arrive. 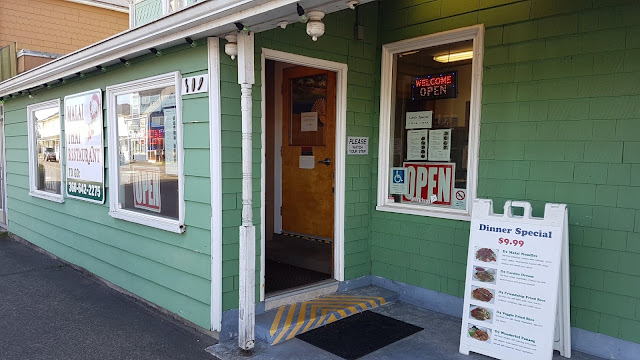 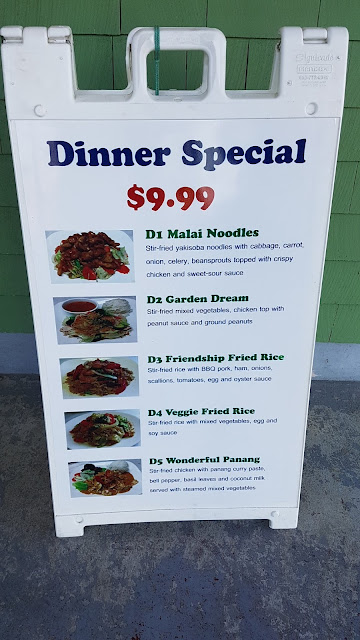 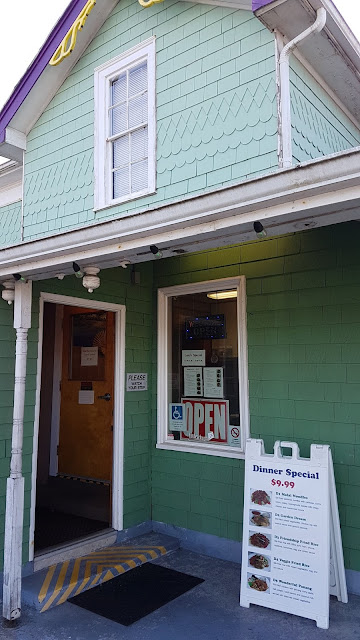 The Chicken Pot Stickers with Ginger Soy Sauce ($7) were pretty good, coming with seven at exactly a buck a piece. The accompanying sauce was one of two “disappointments” of the evening, a small cup half filled with soy sauce and a little ginger which I could not taste. The other disappointment and a pet peeve was when our entrees both arrived before we were even half-way finished with our appetizer. No excuse. 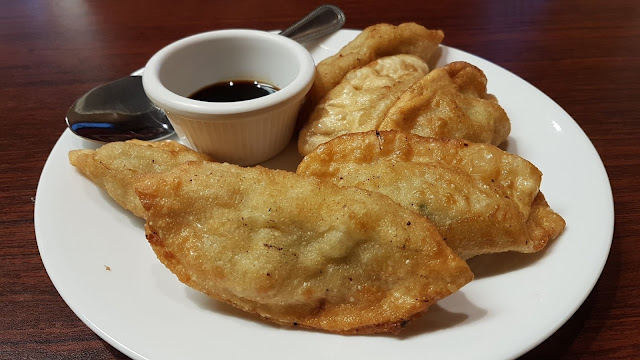 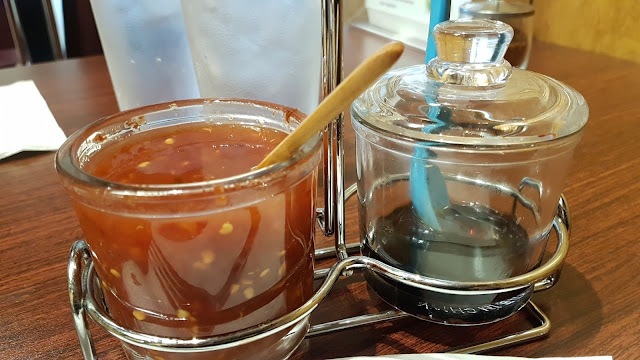 I ordered my Thai go-to, Massaman Curry, with beef, potatoes, onion and peanuts ($11). It was good, not the best I have had by far, coming with a fair amount of thinly sliced beef in a Massaman sauce that was also “thinner” than most. The flavor was still pretty good. 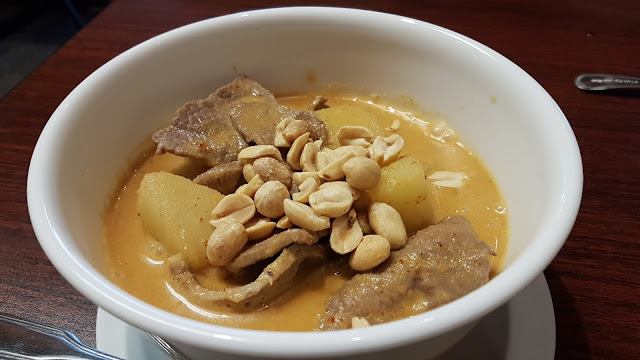 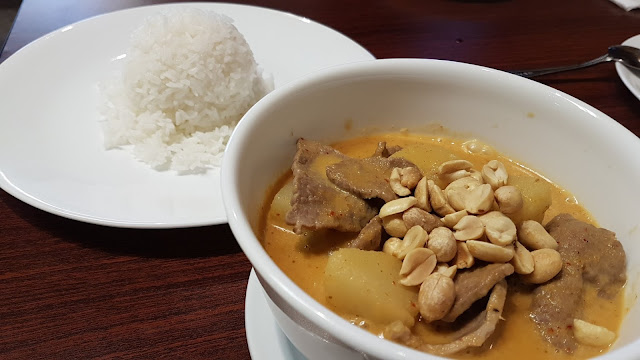 My wife had Malai Noodles Special (D1 - $9.95), coming with stir fried yakisoba noodles with cabbage, carrot, onion, celery and beansprouts topped with crispy chicken strips and a sweet and sour sauce. The veggies were fresh and the chicken crispy and abundant, a good value at less than $10. 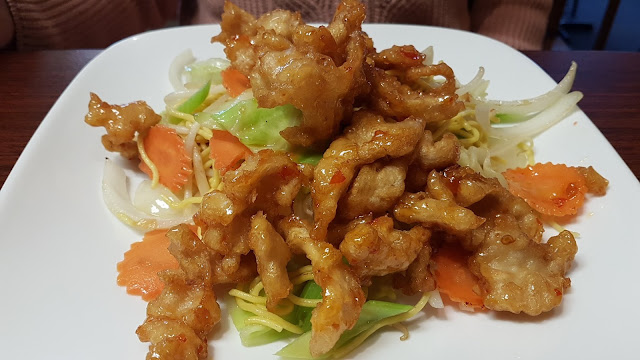 Again, not the best Thai I have had and I love Thai food, but a relative bargain in a tourist town with few decent dining options and even fewer TravelValues.