Albufeira, Portugal: Can You Say Chicken Piri-Piri? This Place Does It Right And Is A CombatCritic "TravelValue"!


This place rocks! With a five stars out of five average on Yelp, based on just seven reviews, I was hesitantly optimistic, but I found that my hesitation was completely unfounded after eating only one meal at Albufeira Gourmet. 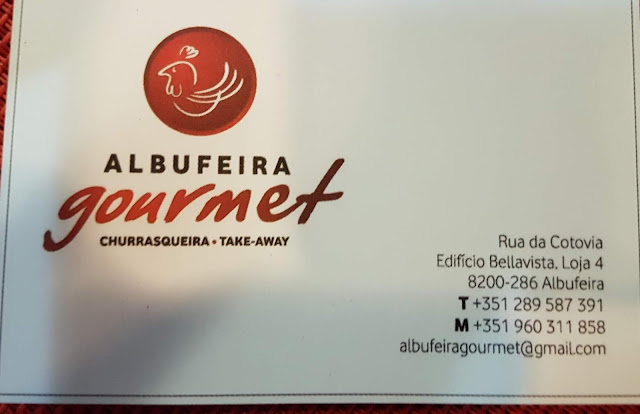 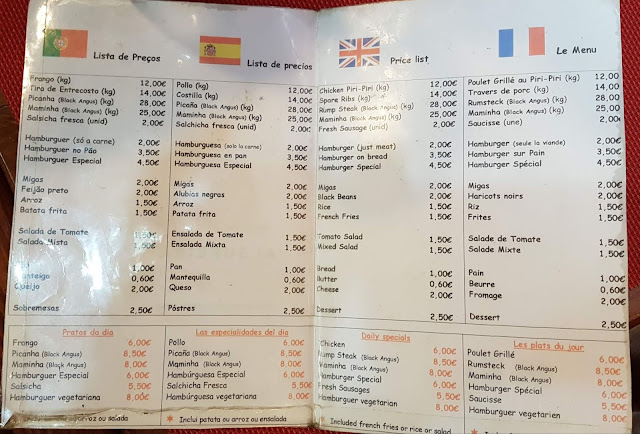 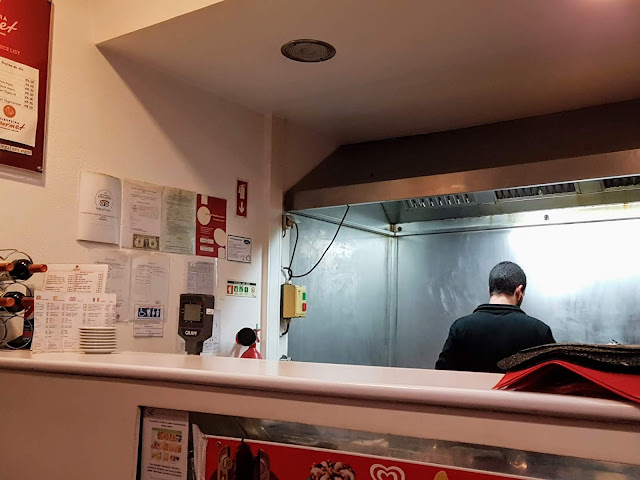 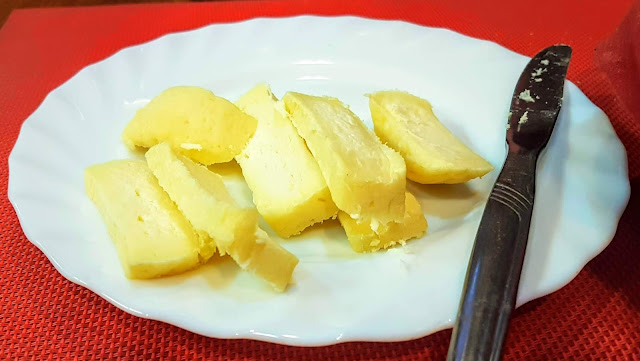 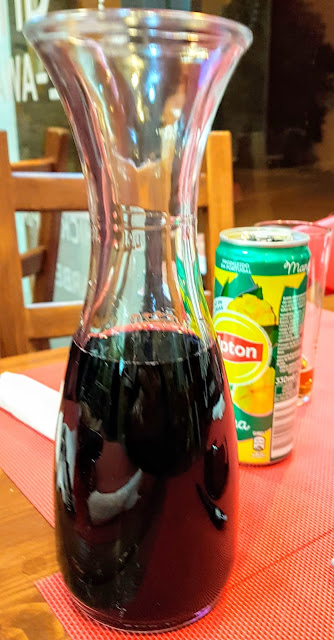 The chicken was as awesome as I had heard that Chicken Piri-Piri can be ... savory, spicy, juicy and succulent. I usually do not prefer my chicken on the bone, but it was so tender that the meat almost fell off. The seasoning was superb, not too spicy and with just enough kick that my heat-resistant wife did not complain and I, adding some extra Piri-Piri hot sauce, was pleasantly satiated. 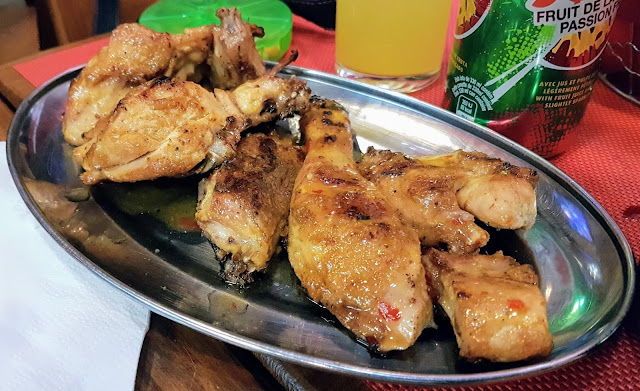 The Maminha was thinly sliced, delightfully marinated, and as tender as a whore's heart (I can say that on Yelp - TripAdvisor does not allow such euphemisms and that is why I am no longer a TripAdvisor "Top Contributor" - kiss my ass TripAdvisor!). We have had more than a few steaks in Portugal, most of which were much more expensive than this, and this was the most flavorful and tender to-date ... HOOAH!

The fries were plentiful, crispy, and piping hot and the salad fresh, although I would have preferred the Tomato Salad, but alas they were out. The owner, Jorge, our server, André, Jorge's wife Sandra, and their daughter Leonora were as nice they could be, all speaking excellent English except for Leonora who was a little shy. 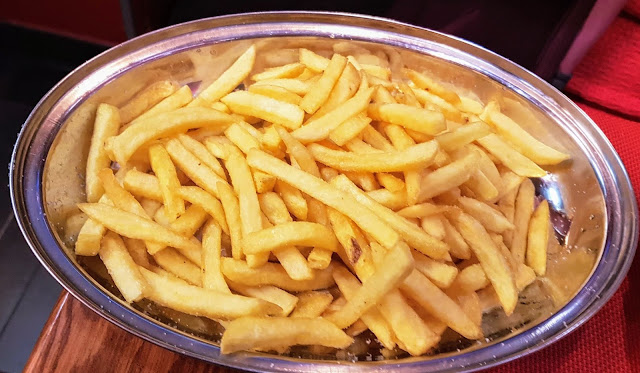 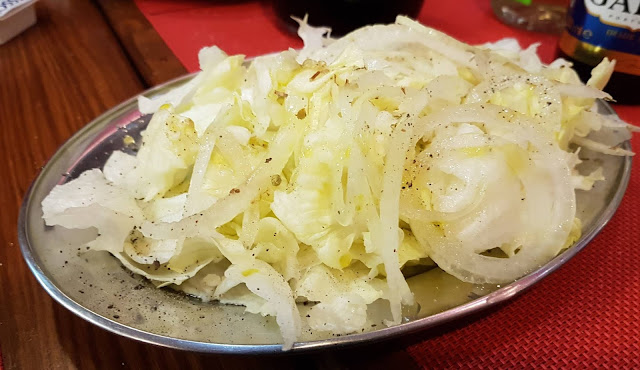 We finished our delightful meal with Sandra's delicious, homemade Creme Caramel (€2.50), a rich, creamy dessert that was as good as it could be. We have had some great meals in our 3 weeks in Portugal, but Euro for Euro, this was the best meal we have had by far, having paid just €27 for dinner for two, including starter, entrees, and drinks. 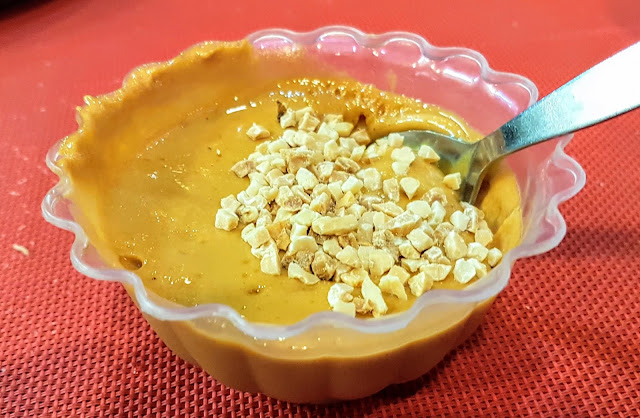 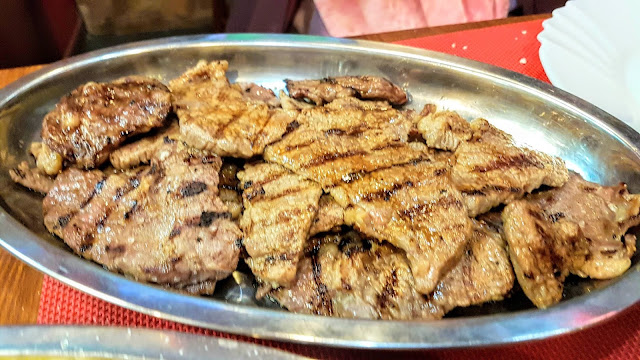 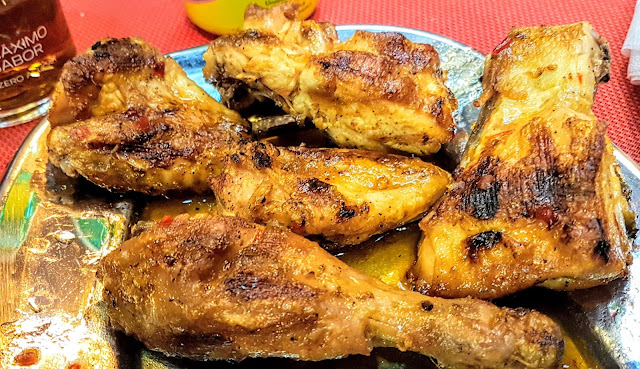 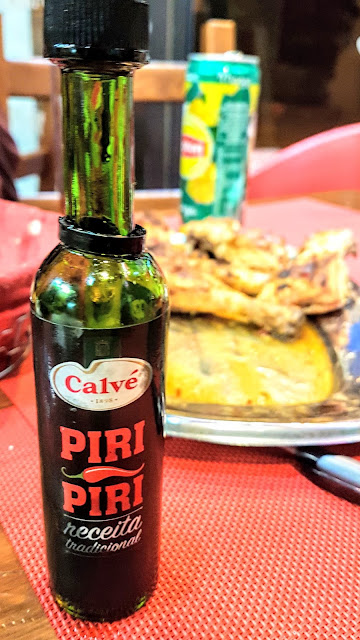 CombatCritic Gives Albufeira Gourmet My TOP RATING - 10 BOMBS OUT OF 10 - And A Spot On My "WALL OF FAME" ... More Bombs Are Better!

... And Don't Forget To Subscribe To TravelValue TV on YouTube and our sister channel, CombatCounselor Chronicles, with Over 1,250 Subscribers and 1,000,000 Video Views ... HOOAH!
Title: Albufeira, Portugal: Can You Say Chicken Piri-Piri? This Place Does It Right And Is A CombatCritic "TravelValue"!