My expectations were not very high after reading the few reviews available on Yelp and seeing "carbonara" on the menu being made with cream, but I was pleasantly surprised after giving them the benefit of the doubt and wandering in on a Tuesday night. 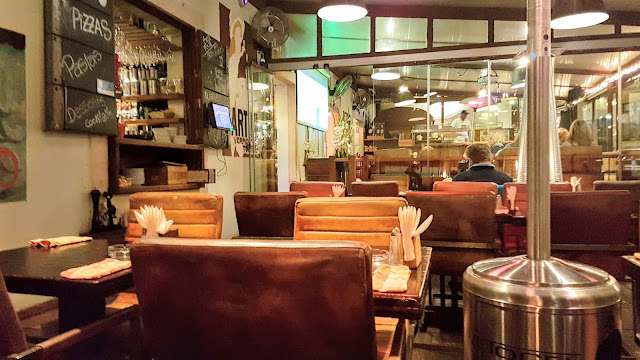 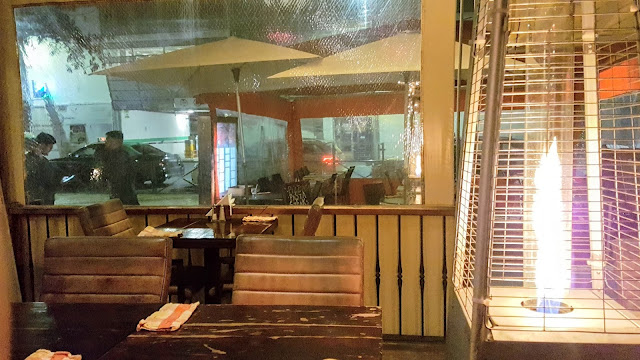 Tiring of Portuguese only options after almost three weeks in country, we wanted something a bit different. There are not a lot of options in Albufeira in the off-season, especially in the "ethnic" (non-Portuguese) cuisine category, but Urban Pizza happened to be open. Oddly enough, the greeter out front tried to sway us away and toward one of their sister restaurants on the sea front a block or so away, but we were hungry and not in the mood to wander. 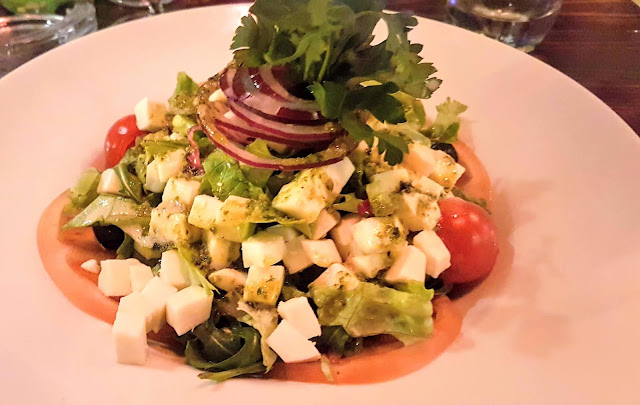 We ordered a Focaccia, in this case pizza dough formed into a small, thin loaf and basted with olive oil then topped with garlic, thyme and rosemary before being popped in the oven. It was tasty enough and a decent value at €3.50. We also shared a Dandelion Salad (€4.70) with chunks of a mozarella-like cheese, sliced and cherry tomatoes, lettuce and white onion with a pesto dressing that was also quite good. 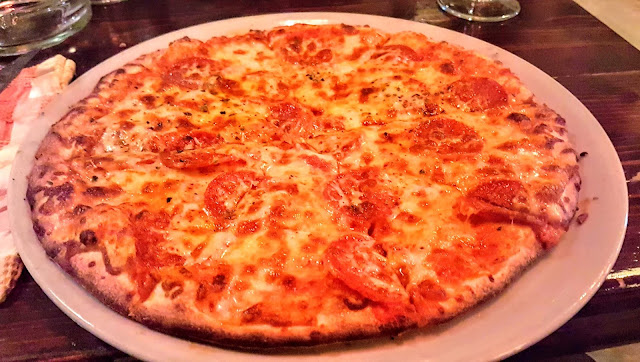 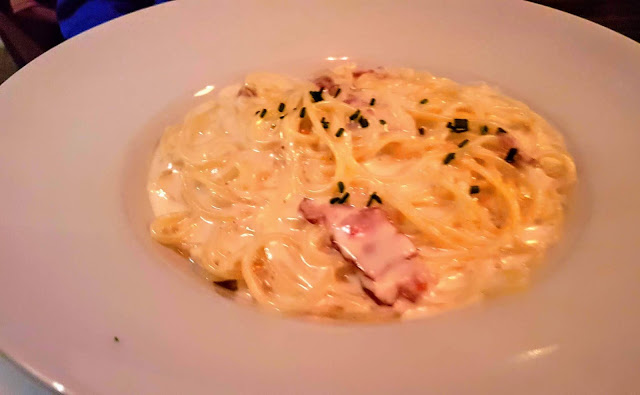 I decided to try a rather untraditional Margherita Pizza (€5.90), coming with tomato sauce, a local mozzarella cheese (instead of fior di latte or mozzarella di buffala), and oregano (instead of basil), adding some sliced pepperoni (€1 - salami piccanti). The pizza was not even close to Pizza Napolitana, being the "gold standard" for pizza in my experience, but it was also quite tasty and a decent value at less than €7. My wife's "Carbonara Spaghetti" (€7.50) was made with bacon, parmesan, cheese, and cream instead of the traditional pancetta, onion, and egg yolk, but it was also pretty good despite not tasting a lot like the more traditional recipe. A bit of grated parmesan (parmigiano) would have helped a lot, but our male server was preoccupied with a table of pretty young ladies that had just walked through the door. 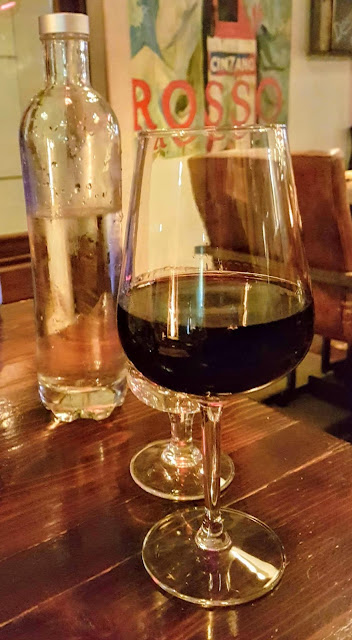 Urban Pizza exceeded my expectations, which were not very high to begin with, and we ate quite well for just €28 ($32), including a bottle of sparkling water (€2.50) and a glass of red wine (€2.90). I have had much better and far worse Italian than we had here, but it was a good meal at an equally good price, making this a definite TravelValue ... HOOAH!