Tucked away in the Waianae Mall just off of Farrington Highway and east of Long's Drugs, you will find a nondescript restaurant with simple decor and great food at reasonable prices and it is called Saito & Pho. 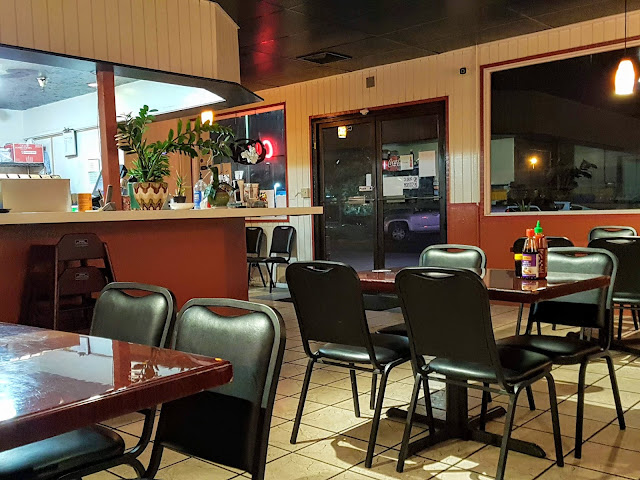 The staff are extremely friendly and helpful and the service top-notch. The young lady at the counter took the time to patiently describe several dishes before we were able to decide what to order. The menu is extensive with an eclectic mix of Vietnamese, Japanese and a hint of Thai. 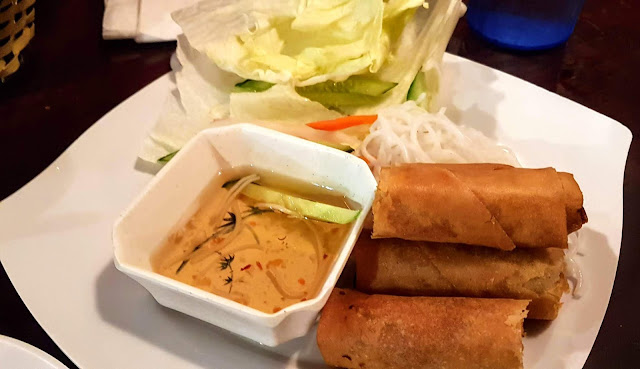 We started with the Vietnamese Spring Rolls ($7), three large crispy, deep-fried rolls filled ground chicken, carrots, onion, taro and mushrooms cut in half and served with a simple dipping sauce. I love these things and you eat them by taking a half roll, wrapping it in a lettuce leaf along with some rice noodles, carrot, and cucumber, then dipping the whole thing in the sauce before shoving it in your pie-hole. As Harry Carey would have said: "HOLY COW!" 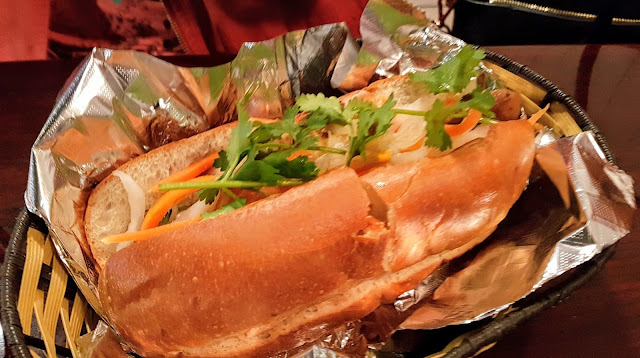 My wife ordered a Lemongrass Chicken Banh Mi ($6.95), a Vietnamese sandwich made with a fresh baguette (the French ruled what is now Vietnam from 1887 to 1954) and lemongrass chicken, butter, cucumber, pickled carrots, daikon and cilantro. It was delish and my wife later told me that it was not only the best sandwich, but the best meal (along with the spring rolls) she has ever had. High praise after having several wonderful meals just a few months before in the culinary capital of France and probably the world - Lyon. 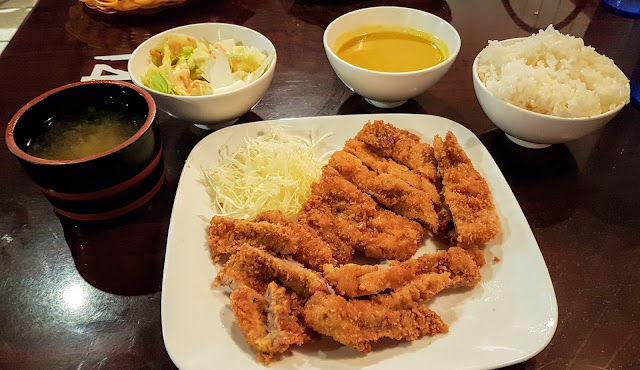 I love both curry and schnitzel, so why not have them both at the same time? I did and it is called Ton Katsu Curry ($13.45). Two pork cutlets breaded and fried, sliced into thin strips, and served with a side (cup) of scrumptious yellow Thai curry and accompanied by cups of soup, salad, and white rice. The cutlets were crispy and tasty and the curry sublime. The soup was simple, yet good, the salad fresh with just the right amount of dressing, and the rice, well, it was white rice. There was much more food than expected and every bite was better than the last ... HOOAH!

On a tropical island where everybody overcharges for everything, Saito and Pho was an absolute oasis in the midst of a desert of overpriced crap and worthy of my highest rating ...

CombatCritic Gives Saito and Pho II 10 Bombs Out Of 10 And A Spot On My "WALL OF FAME" ... More Bombs Are Better!