Pho-get-about-it bruddah, dis place is da BOMB! Simple, yet complex, I wish we had a Saigon Noodle House near our home in Portland, Oregon. 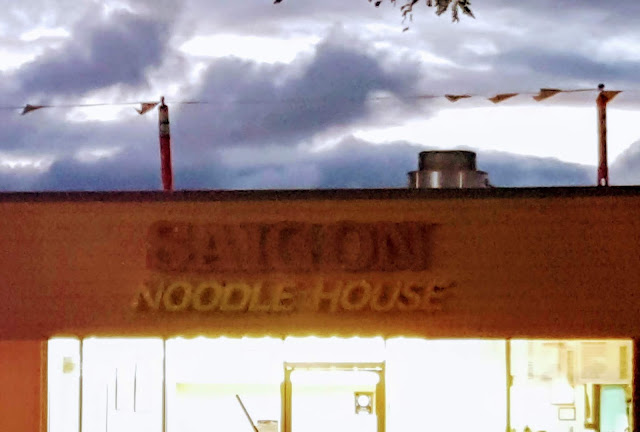 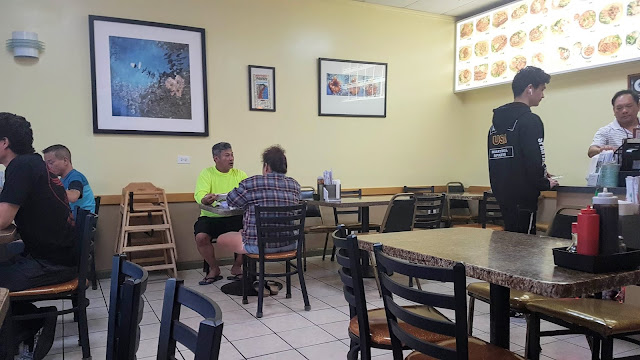 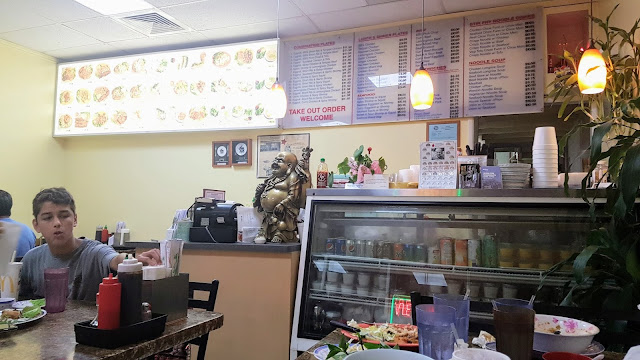 They have great deep fried Vietnamese Chicken Spring Rolls ($8.50), four big ones cut in half and served with lettuce wraps, vermicelli noodles, carrot and cucumber, fresh cilantro and mint, and a nice, sweet vinegar based dipping sauce. I love these things ... HOOAH! 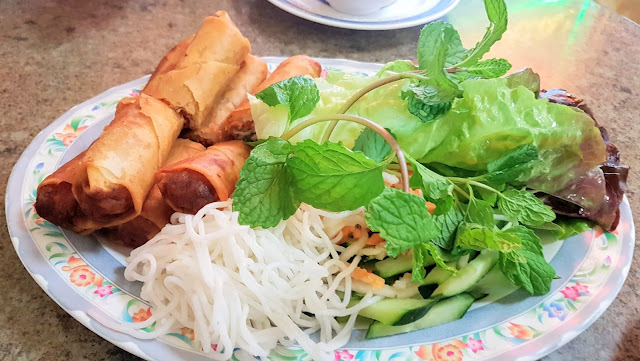 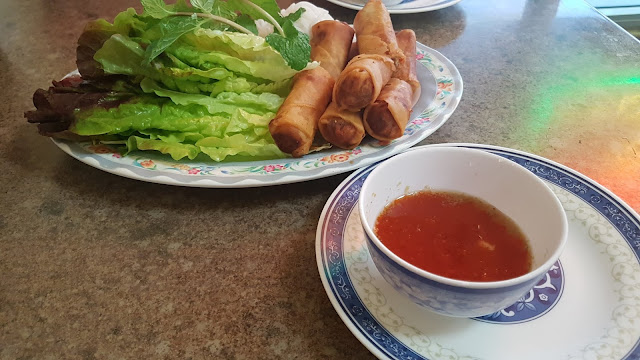 The place ain't much to look at, but the service, food and prices are incredible, especially in Oahu. In a strip mall full of restaurants without their own toilets, we had two great meals in a period of three days just 100 feet apart, one Greek and one Vietnamese. You can order at the register and take food home or sit at one of the unassuming tables of which there are six to eight and have your order taken. We went for the latter. 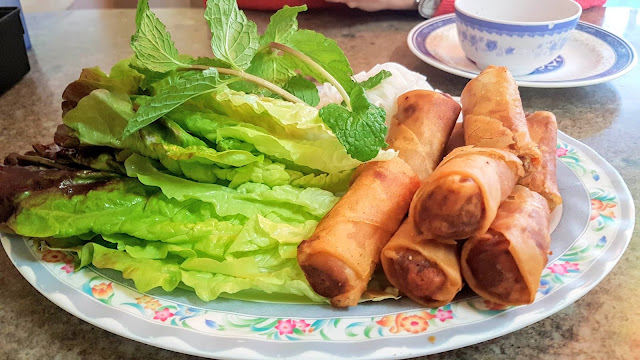 If you have not had Vietnamese spring rolls wrapped in lettuce and dipped in the simple sauce, you have not lived. Fortunately for us, that was just the start. My wife had the Lemongrass Chicken Bánh Mì ($6.99), a French baguette with lemongrass chicken, cucumber, carrots, and cilantro, then sprinkled with their signature soy sauce. She was very happy. I, on the other hand, love Beef Curry ($10.95) and their's was one of the top two Vietnamese curries I have had, the other being a red beef curry 38 years ago in San Pedro, California. Lots of thin beef strips, sliced yellow onion, and fresh basil in a delicious yellow curry sauce that was not too mild and not too hot for my delicate esophagus. It sat atop a pile o' jasmine rice, too much for me to eat, so I ended up leaving half of the rice. Too bigga eat! 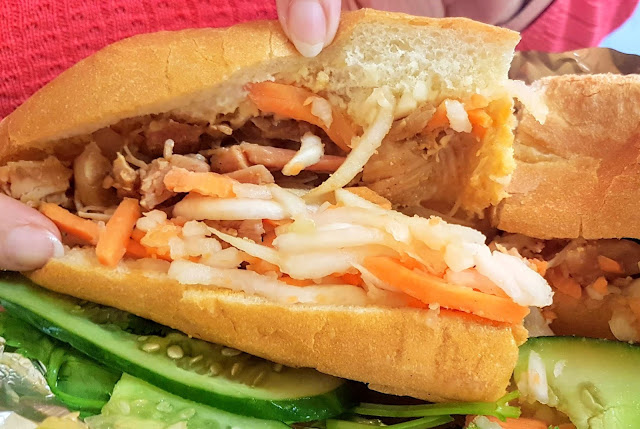 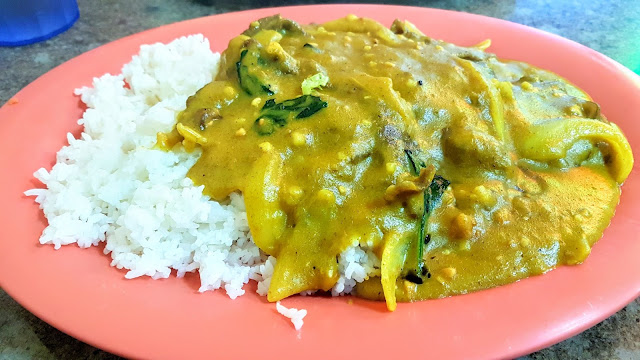 For less than $30 plus tip, we had a wonderful Vietnamese meal, one of the best I have had in my lifetime. I wish there were a Saigon Noodle House near us because we would probably be eating there on a weekly basis. I guess we will have to wait until we are back in Kailua visiting our dear friends, hopefully in the near future.

CombatCritic Gives Saigon Noodle House 10 Bombs Out Of 10 And A Spot On MY "WALL OF FAME" ... More Bombs Are Better! 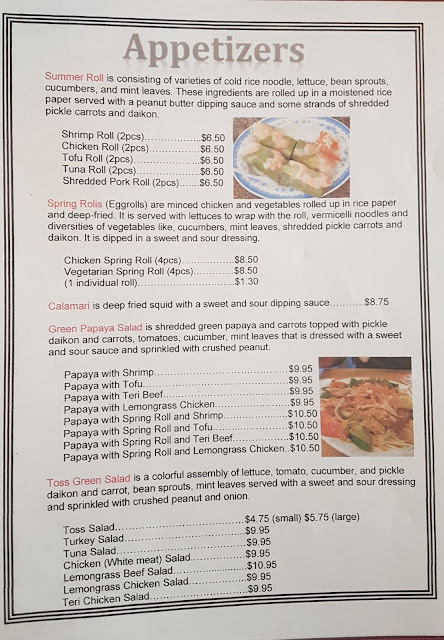 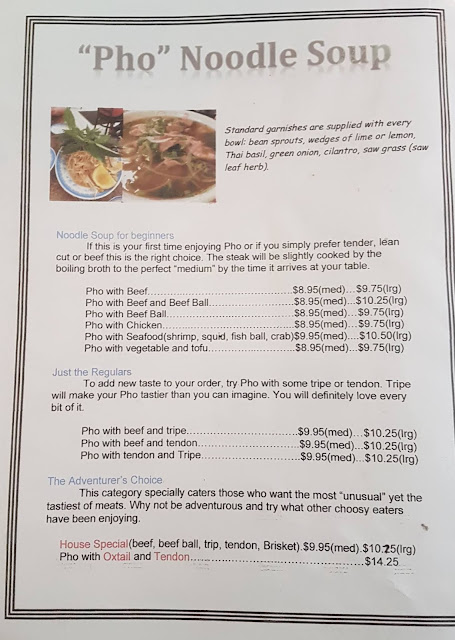 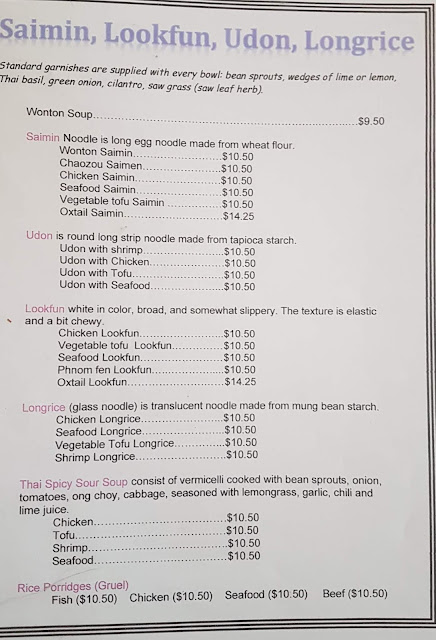 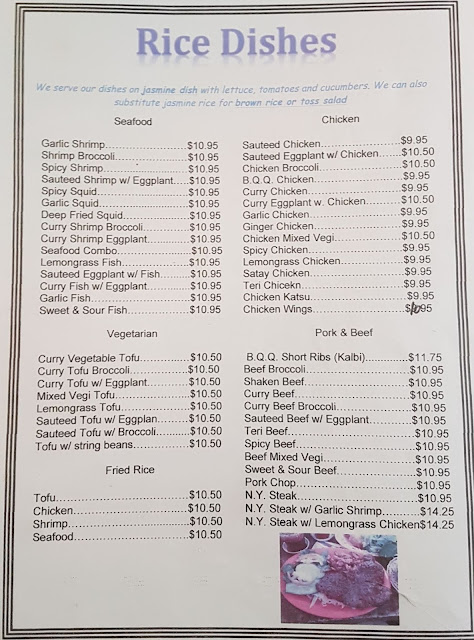 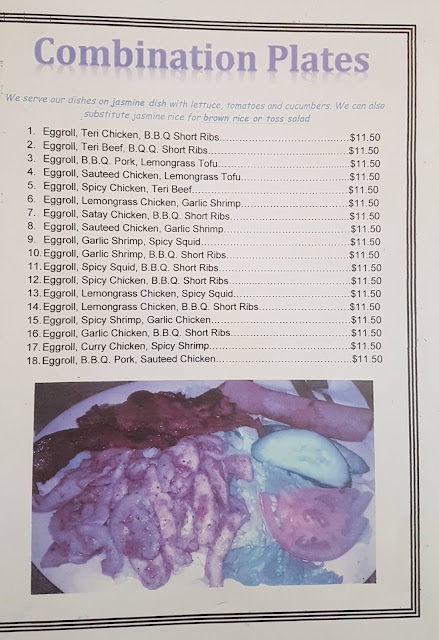 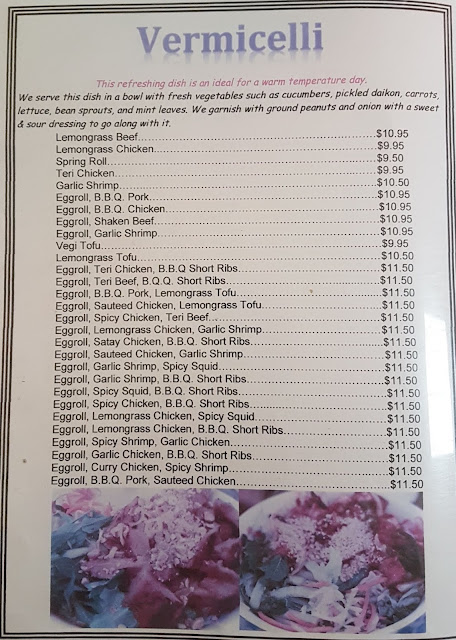 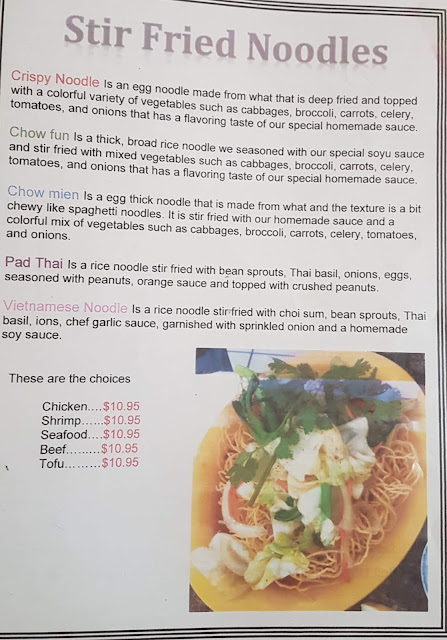 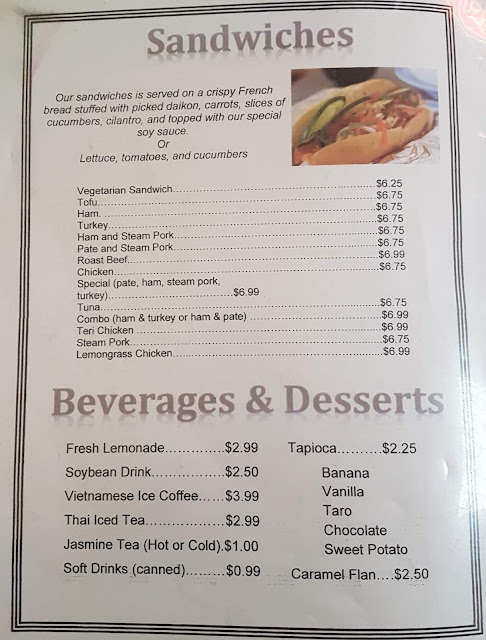