Ridgefield, WA: Yelp Elites Treated Like Kings And Queens By "His Airness"

Being Elite is pretty awesome, especially when we get pampered like we did at Yelp"s High Steaks Elite Event at Michael Jordan Steakhouse at the Ilani Casino. 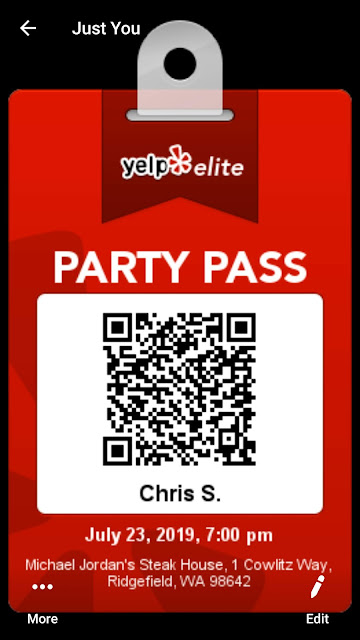 Met at the entrance of the restaurant with a large glass of Cherry-Raspberry Sangria, we were escorted to a private room in the back and a private terrace with several large Adirondack chairs around a large gas fire pit as well as a couple of high tops and chairs. We were warmly welcomed by the manager and chef as platters full of appetizers arrived, Steak House Bruschetta (shaved USDA prime steak and chimichurri bleu cheese) and Ahi Tuna Poke Bites (Ahi tuna, avocado, sweet onion, and wonton crisp). I am not a raw fish or poke fan, but the steak house bruschetta was delicious. 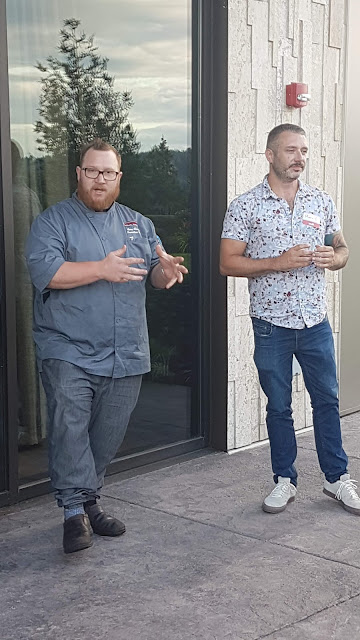 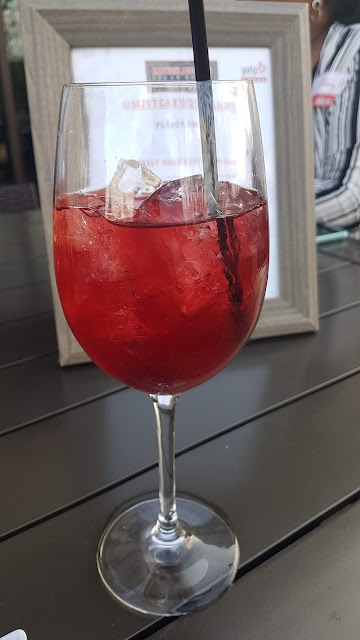 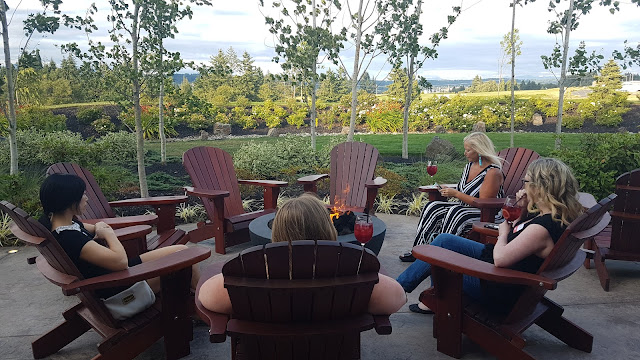 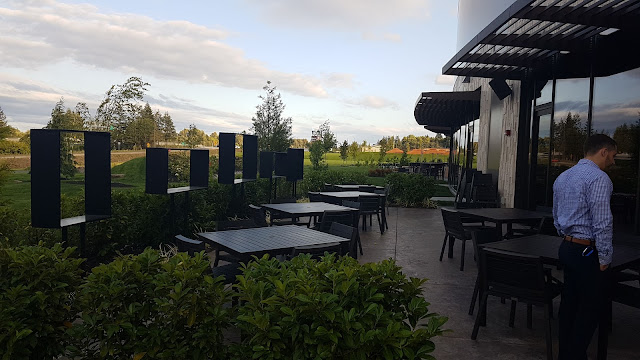 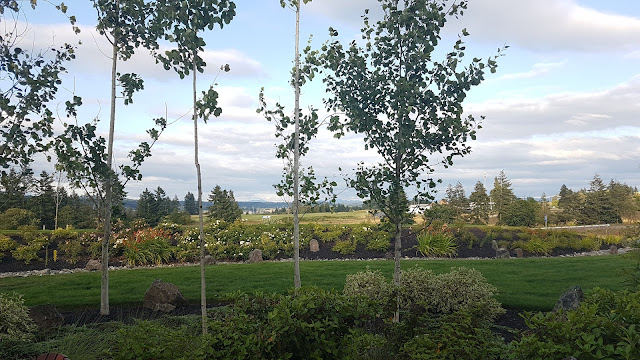 We were then given a tour of the restaurant, including the restaurant's wine cellar and kitchen, before heading back to our private room for a family-style feast. There were two tables with 7-8 of us at each and each table received platters full of starters, including Garlic Bread topped with a hot bleu cheese fondue, Double Smoked Bacon in a black maple pepper sauce, and New Orleans Style Barbecue Shrimp. I did not get to taste the bacon, but the shrimp were scrumptious and the garlic bread sublime. More drinks accompanied the starters, for me a tasty Old Fashioned made by muddling sugar with bitters, then adding whiskey and a twist of citrus rind. 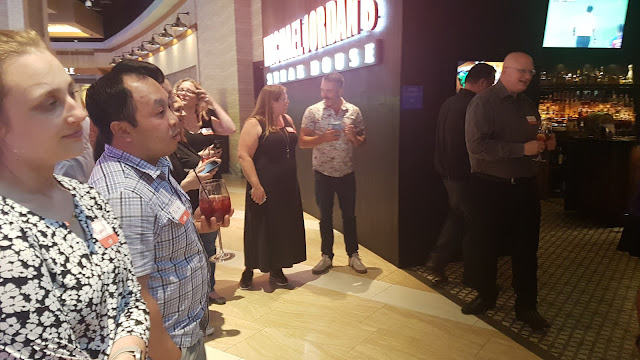 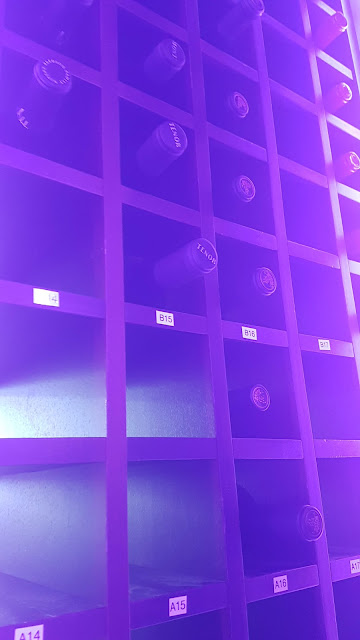 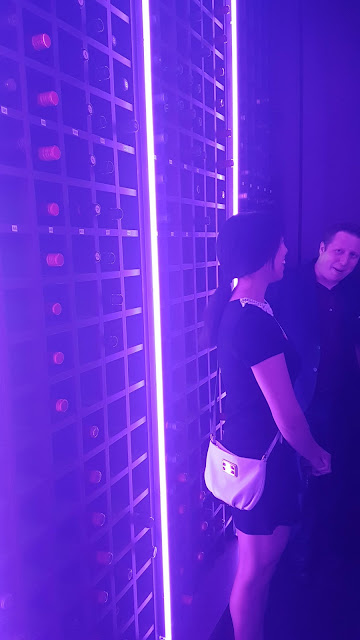 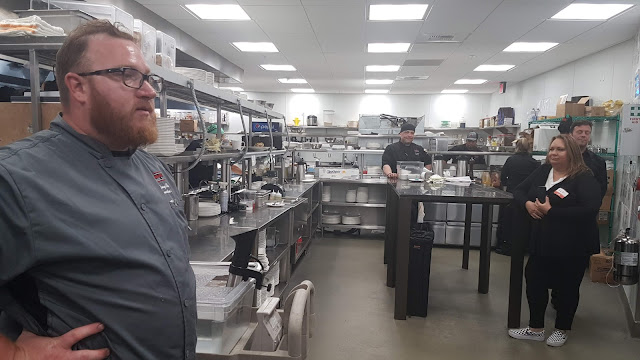 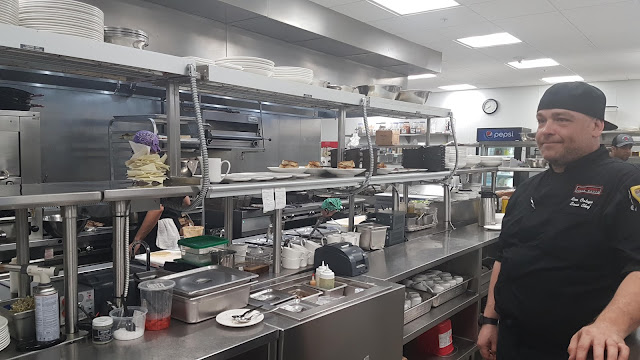 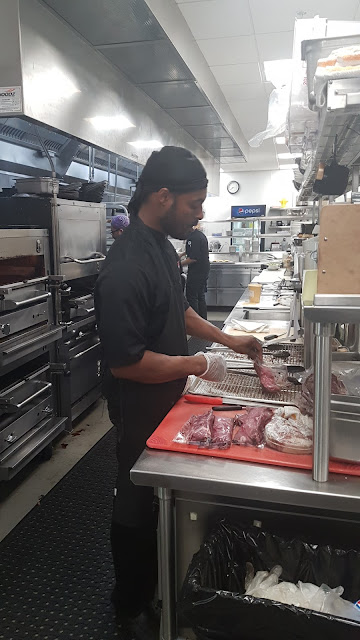 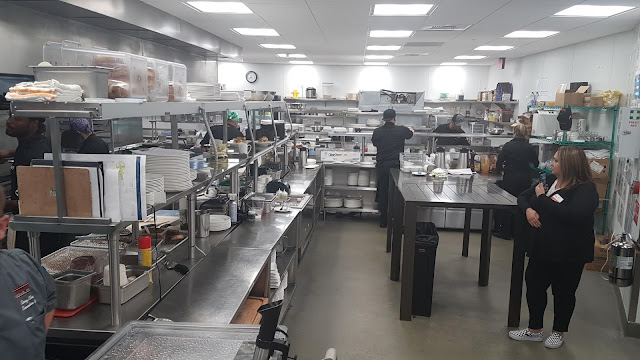 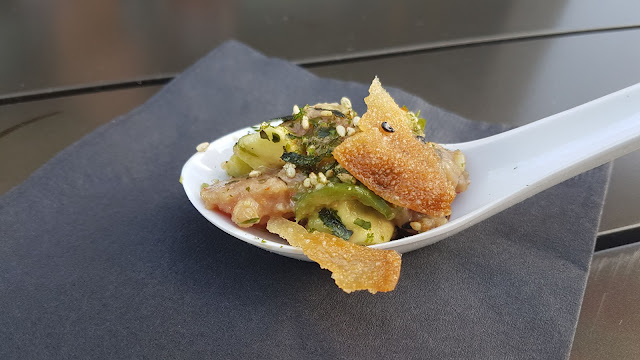 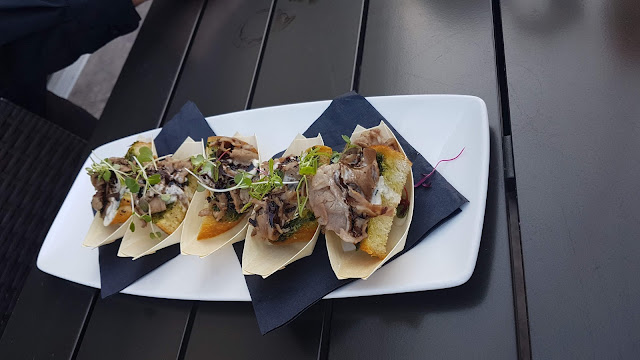 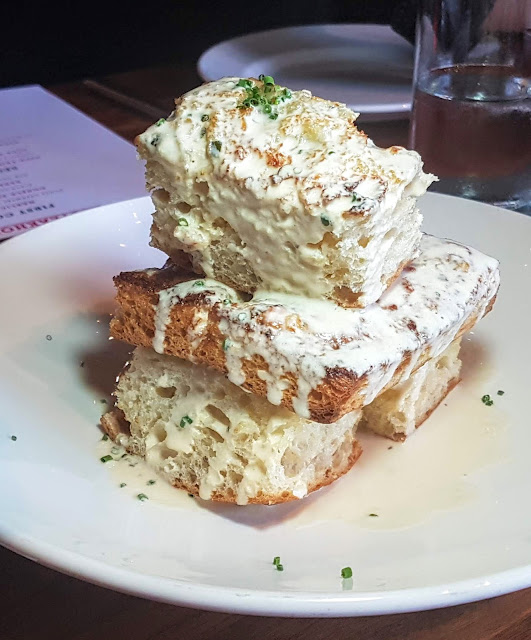 Next came two massive wood platters full of 40 ounces of sliced USDA steak, a ribeye, a New York strip, and a Delmonico (a thick ribeye made popular by New York City's Delmonico's restaurant) all served medium-rare. Accompanying the steaks were a number of side dishes scattered about, including a zesty corn off the cob, fried brussel sprouts, mashed potatoes, and mac and cheese. The steaks were perfectly seasoned, juicy and tender, so tender that it nearly melted in my mouth, and the sides were all delicious in their own right. This course was accompanied by a glass of wine, a smooth, blend of Pacific Northwest reds. 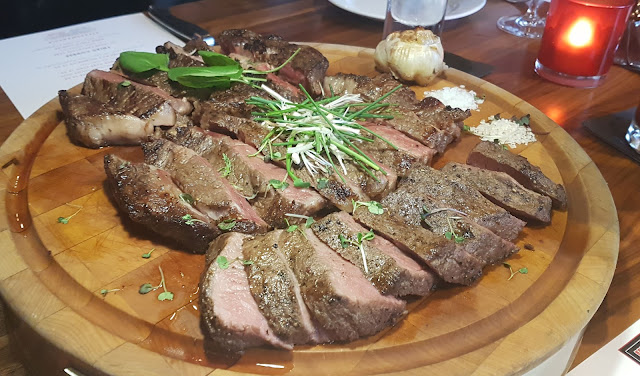 The grand finale consisted of two massive slices of 21 Layer Chocolate Cake and two large bowl full of Warm Peach Cobbler at each table to be shared and savored by all ... WOW! 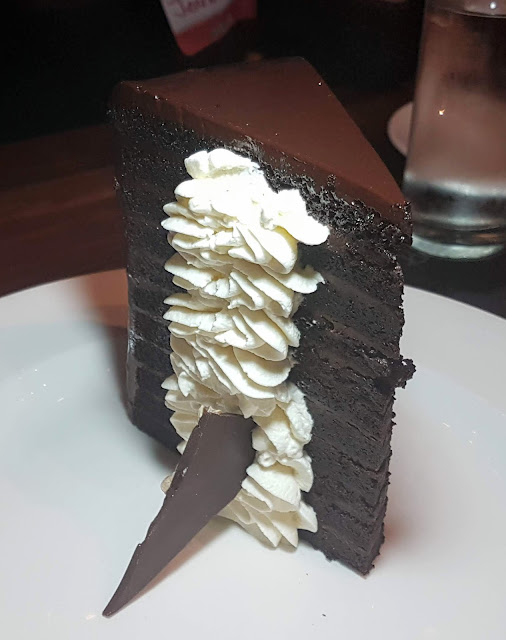 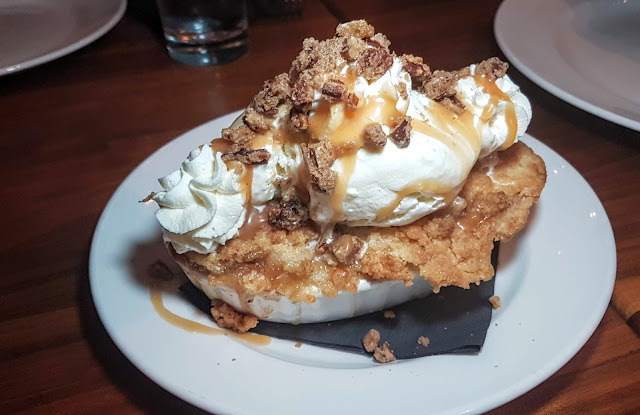 I was extremely impressed with the location, environment, drinks, service and food. The staff's hospitality was superb the entire evening and they even took the time to line-up to bid us farewell as we departed this incredible event ... HOOAH!

CombatCritic Gives Elite Event: High Steaks Gambling @ Michael Jordan Steakhouse 10 Bombs Out Of 10 And A Spot On My "WALL OF FAME" ... More Bombs Are Better!

Title: Ridgefield, WA: Yelp Elites Treated Like Kings And Queens By "His Airness"