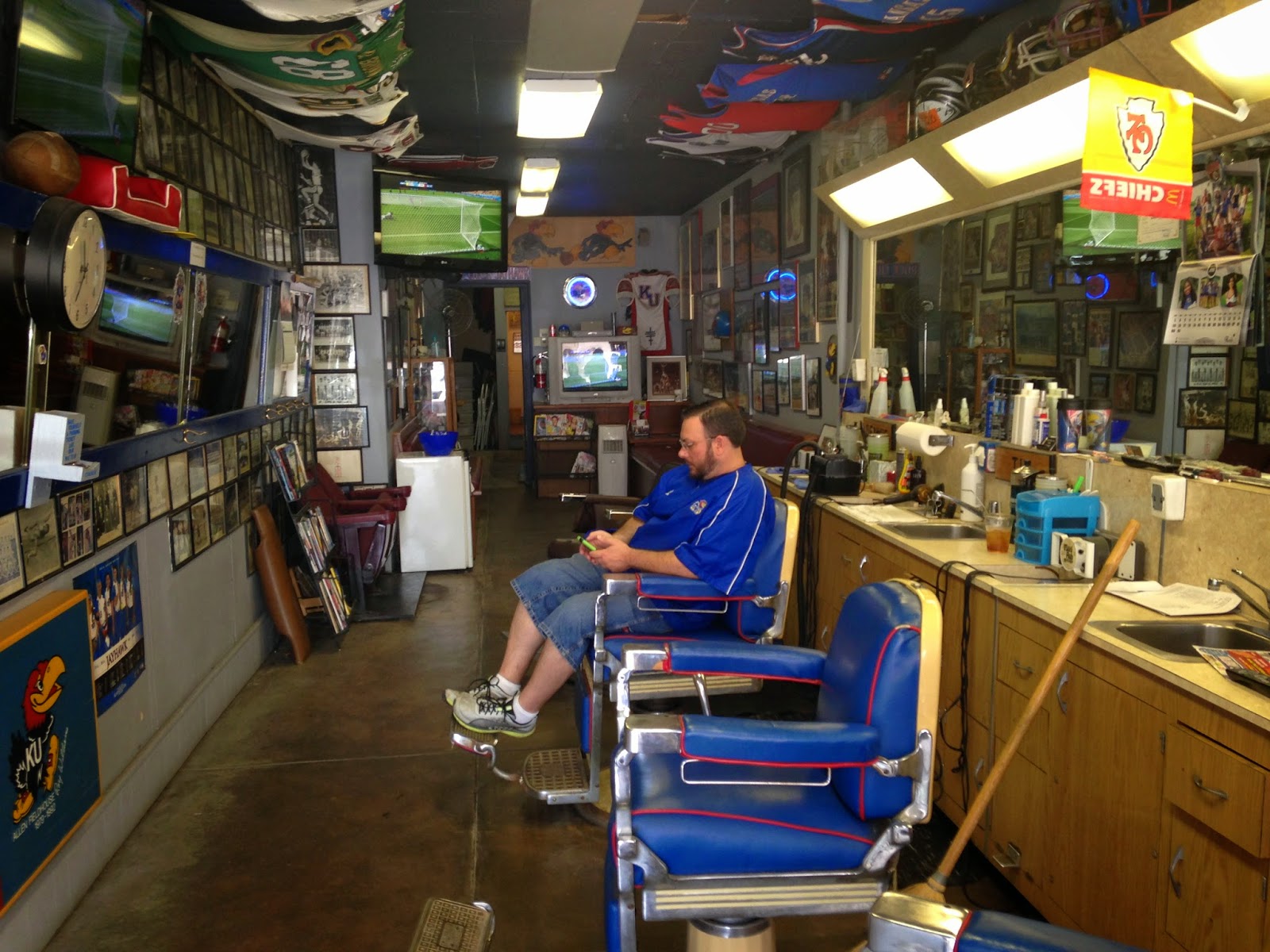 Rex's is a small, unassuming barber shop not far from our home and because I support small, local businesses, I decided to give them a try. The four chairs were empty late on a Saturday morning, so I had a seat.

The shop is decorated with hundreds of old KU (University of Kansas) photos and other sports memorabilia, clearly having been collected since 1928 when the barber shop was founded by its original owner. 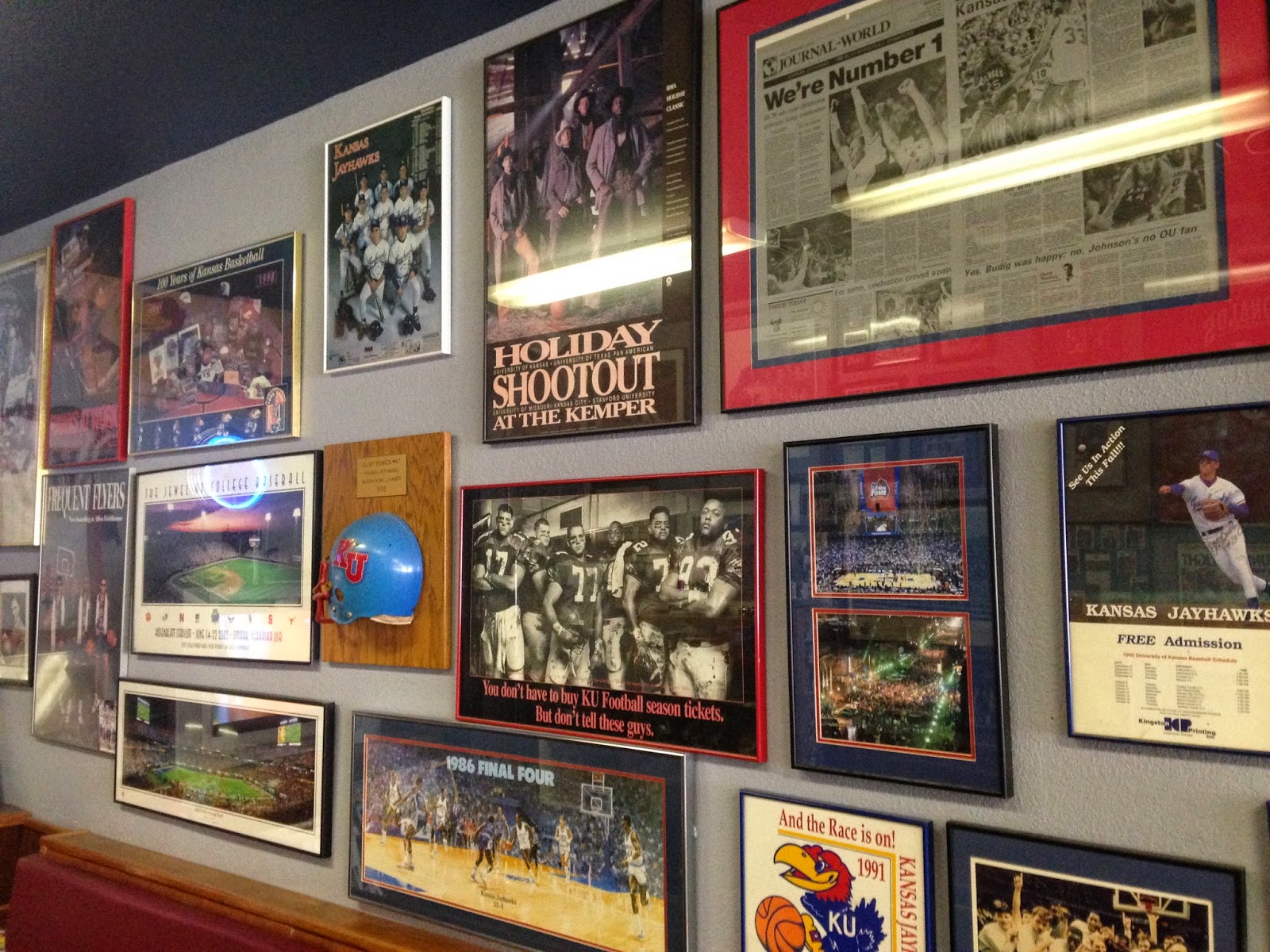 Prices are fair, just $10 for a regular haircut ($8 for military although I was not offered a discount as a retired Air Force lieutenant colonel), and the haircut precise and well proportioned. I gave minimal direction to Rex, only telling him to taper the sides and back and off he went. Before I knew it, my hair was perfectly short and neat, just the way it had been in 20+ years in the military. With miltary haircuts on base (post) hovering between $7 and $8, $10 in downtown Lawrence is a bargain! 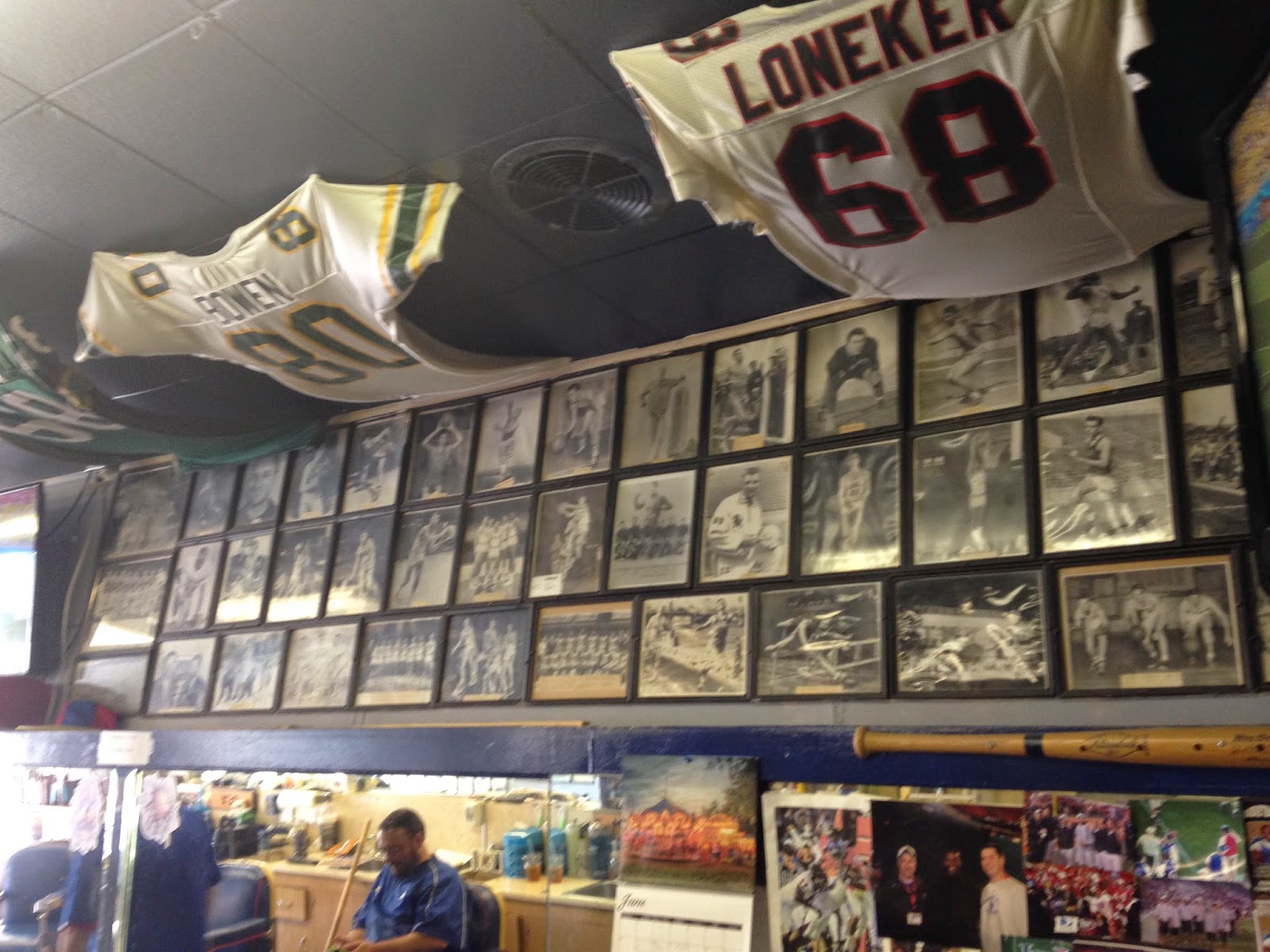 Rex has some cool paintings in the back room, caricatures of the KU Jayhawk and other characters painted back in the early 1950s, possibly earlier. A friendly, welcoming shop with good prices and the feel of an old time barber shop, I will be returning to Rex's for my haircuts for the foreseeable future!