Cielito Lindo ("lovely, sweet one") ... Mediocre Mexican Is The Norm In Lawrence

We ate here for the first time in August 2013 while in the midst of moving, so I did not have time to write a review. I recently returned for some follow-up visits and now provide my candid opinions.

The restaurant is large and the service pretty good. It reminds me of a real Mexican cantina inside with colorful decor and an open feel with a balcony on the second floor overlooking the dining room. The patio in front is large and inviting on a mildl day or evening and Cielito Lindo has been named the 2014 BEST OF LAWRENCE "Best Outdoor Dining" spot, a great place to have a drink, appetizer, and/or meal with friends and family.


The margaritas are decent, both on-the-rocks and blended, but compared to most places in town they are overpriced unless you can catch a special as we did recently ($12.99 for a pitcher on a Sunday night).

The chips are abundant and appear homemade and the salsa one of the best I have fond in Lawrence. The guacamole ($3.99 for a "regular") is reasonably sized and not bad, containing tomatoes as is the norm in many restaurants and a faux pas in my eyes. The regular queso blanco (white cheese dip - $3.99) comes in a similar size bowl, but was lukewarm and runny, not thick enough to cling to a chip and making quite a mess on the table and my clothes as I attempted to get it from bowl to mouth.


The tacos and enchiladas are adequate, yet boring. Tacos are tasty enough, coming in small, prefab shells and the small cheese and onion enchiladas are bland with little melted cheese. The chili relleno's are well done, coming with plenty of cheese in a large chili surrounded by fluffy egg, but again the sauce was lacking flavor. Tostadas, which are hard to mess up, are OK, nothing special. Combinations are reasonably priced ($7.99) and ala carte items can be mixed and matched for a cost effective meal.

The carnitas appeared underwhelming at first look after arrival, but were crispy, well seasoned, and delicious pork tips that when pulled apart (as most restaurants serve them) filled the four corn tortillas that accompanied the meal ($10.49). I asked the waiter if the dish came with guacamole and pico di gallo before ordering, and he assured me it did, but when the plate arrived there was barely enough guac for one taco and zero pico di gallo. The rice and beans were flavorful and good. Some canned jalapeños topped the dish for some unknown reason with little value added. 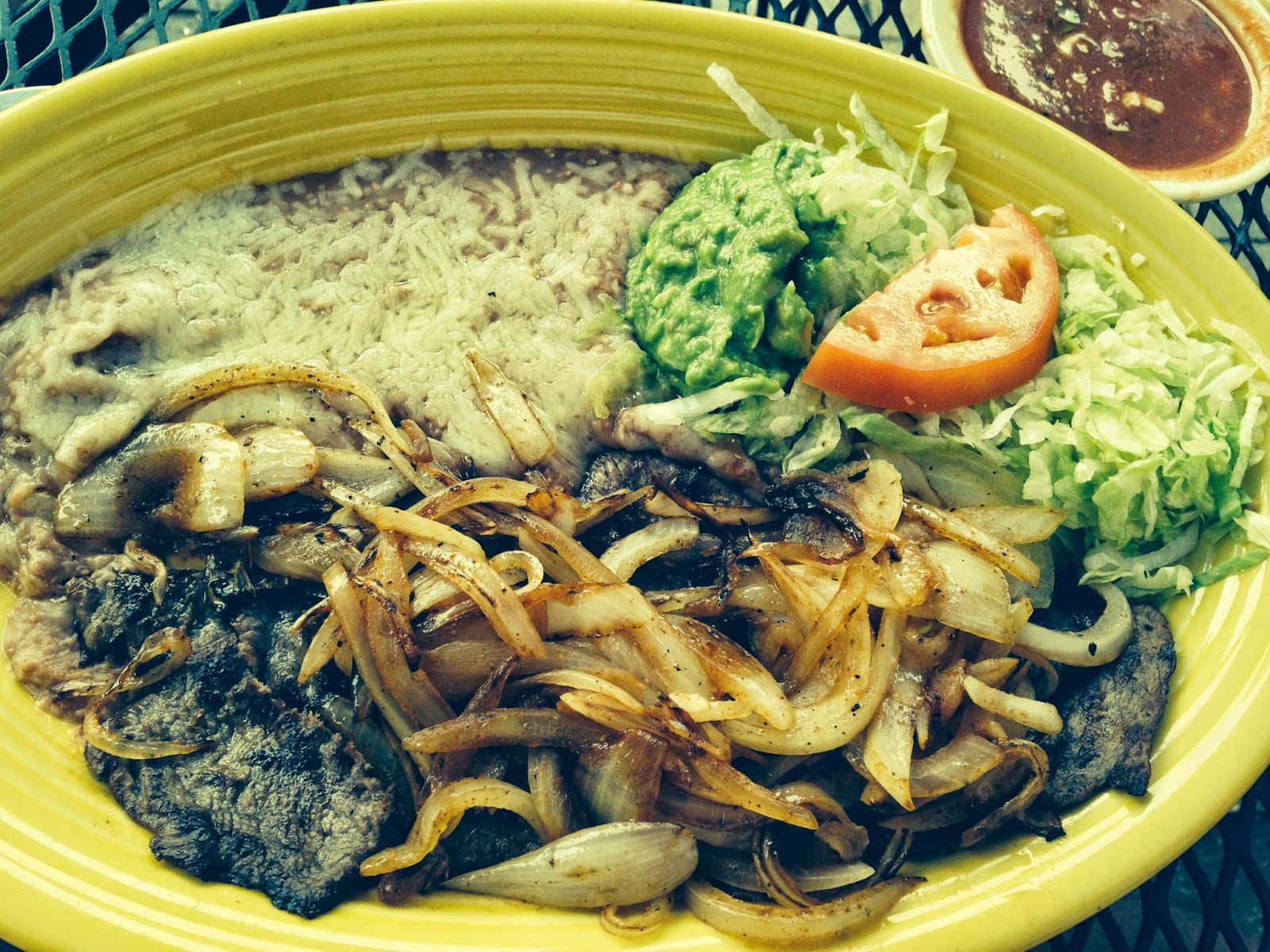 If you do not mind paying $10 for a plate full of grilled onion and a little meat, then the Cielito Lindo's carne asada is the plate for you! Carne asada is routinely sliced and/or pounded very thin (in this case less than 1/8 of an inch), so it appears much larger than it actually is. In this case, my steak did not even appear that large. The abundance of perfectly grilled onion obscured the small, thin steak ... weighing in at a maximum of four (4) ounces. At the equivalent of $40 per pound for a very inexpensive cut of meat, I would expect a top quality piece of beef, which was obviously not the case here.

In conclusion, Cielito Lindo is comparable to the other mediocre Mexican restaurants in Lawrence, all of which fail in comparison to some of my favorite spots in Mexico, California, and Texas. Make sure to check your bill as we have had rather large errors, in their favor of course, on at least 50% of our checks. On our most recent visit, we were charged $7.49 (twice - totaling $14.98) for two small flour tortillas baked with a little cheese (aka quesadilla), accompanied by some lettuce, tomato (half a slice), and some sour cream. So before you leave, check your check and make sure you get what you paid for (or pay for what you got).