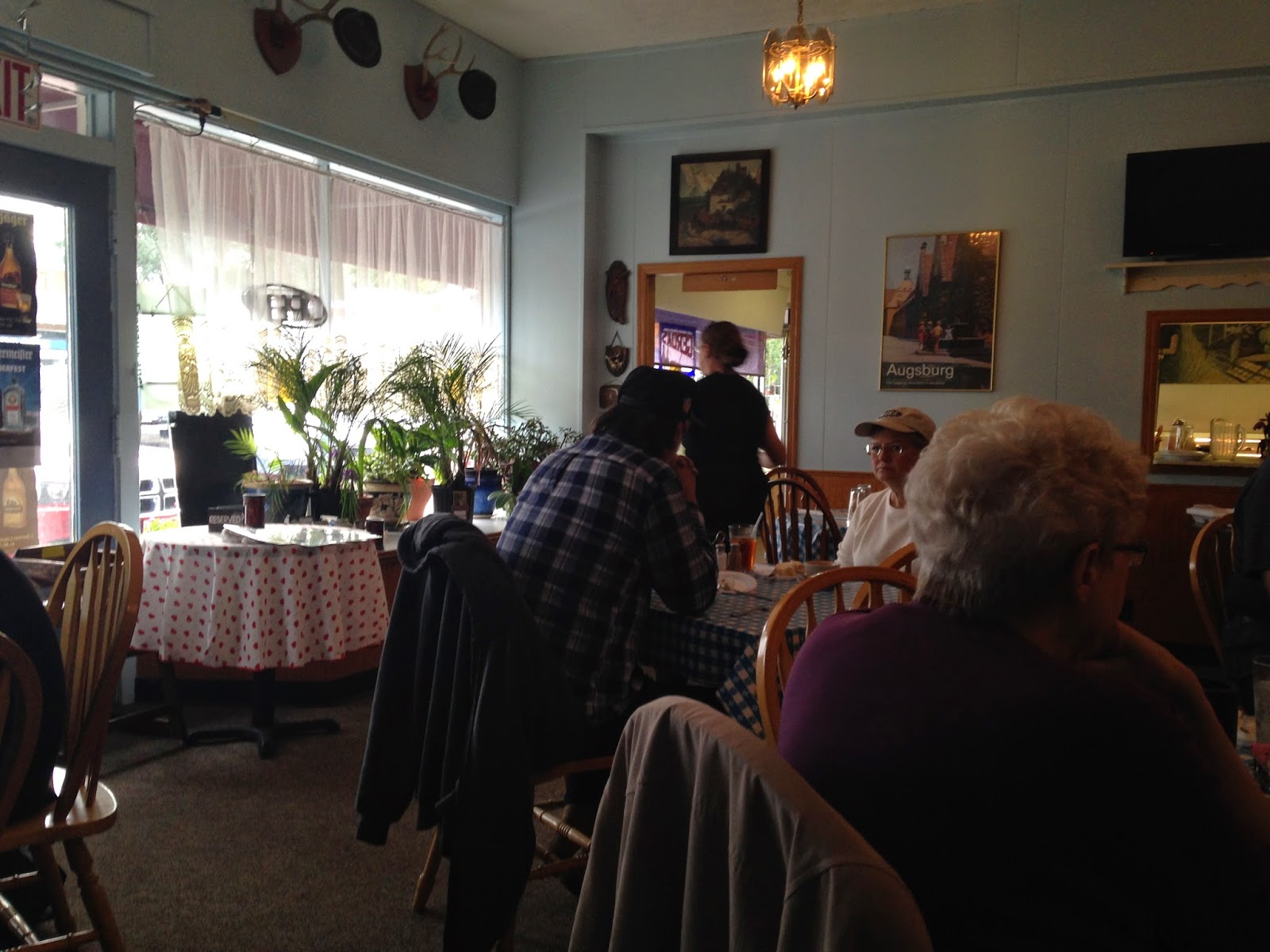 A small, unassuming building on the outskirts west of downtown, with few parking options by the way, Gerda's did not disappoint as was the case at the Bohemian Cafe the night before.

You enter through the bakery, which is bigger than it needs to be, and into the smaller dining room. The decor is dated, with the flags of Germany (Bavaria, etc) lining one wall, but the place is clean and functional. 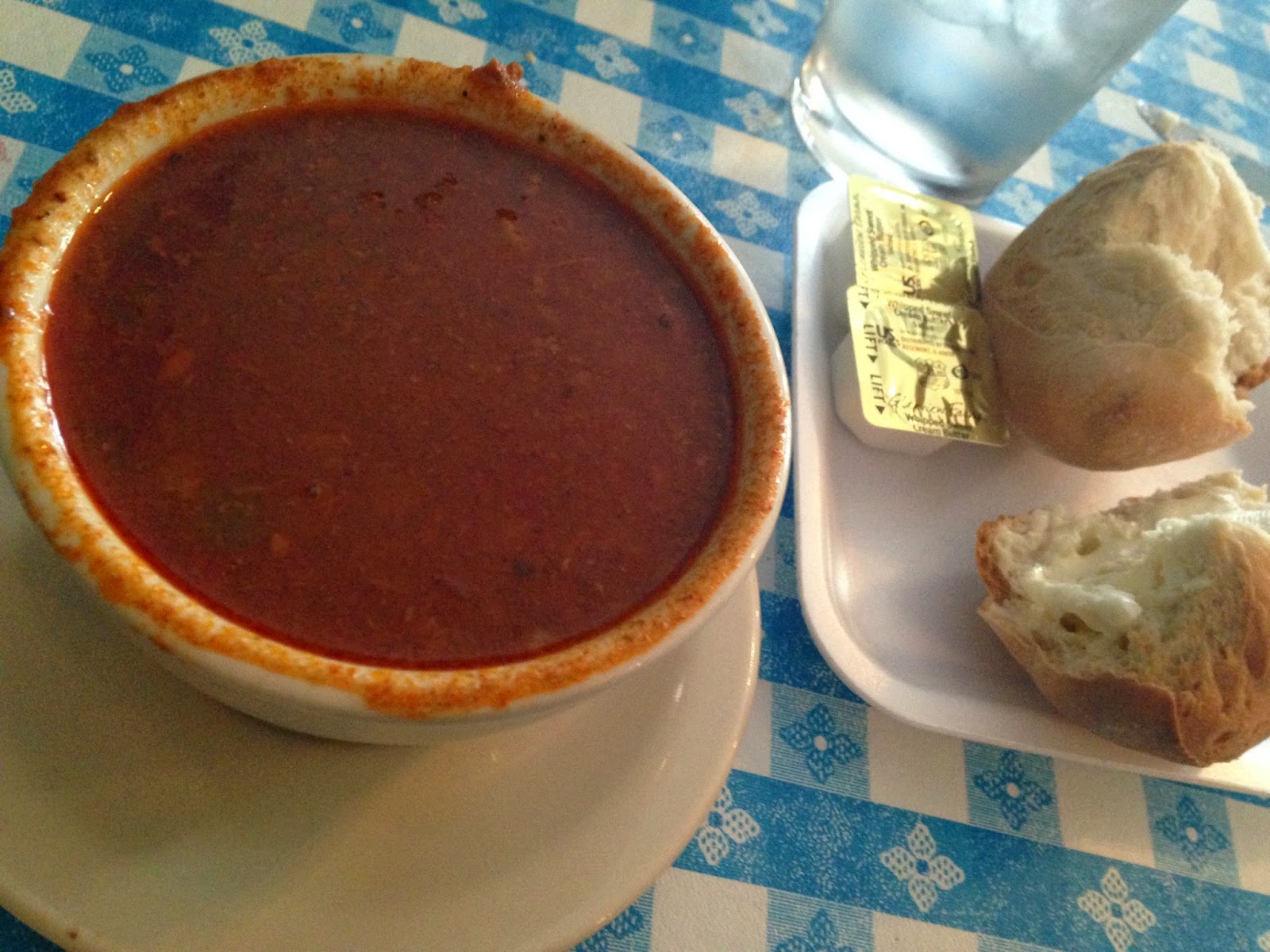 For $19.95 you get a three course meal ... a beer of your choice, the Jägerschnitzel (complete with soup or salad, bread, and potato/spätzel), and your choice of dessert. The schnitzel alone is $16, a beer $6, and dessert around $4, so it is quite a value. 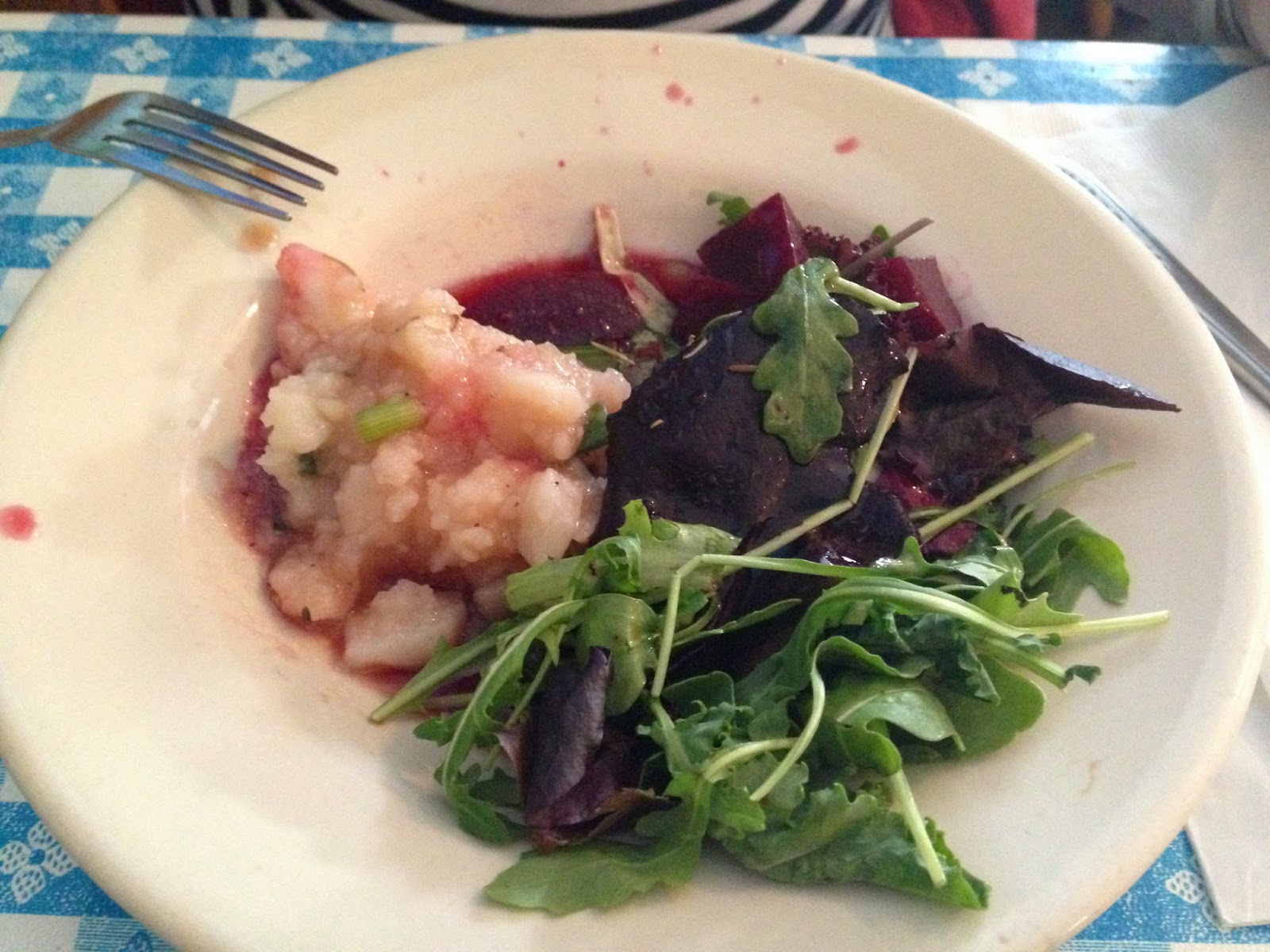 The salad was unassuming, a traditional German salad with dressed lettuce, potato salad, and sliced cucumbers, but the soup, a thick, meaty goulash, was superb! 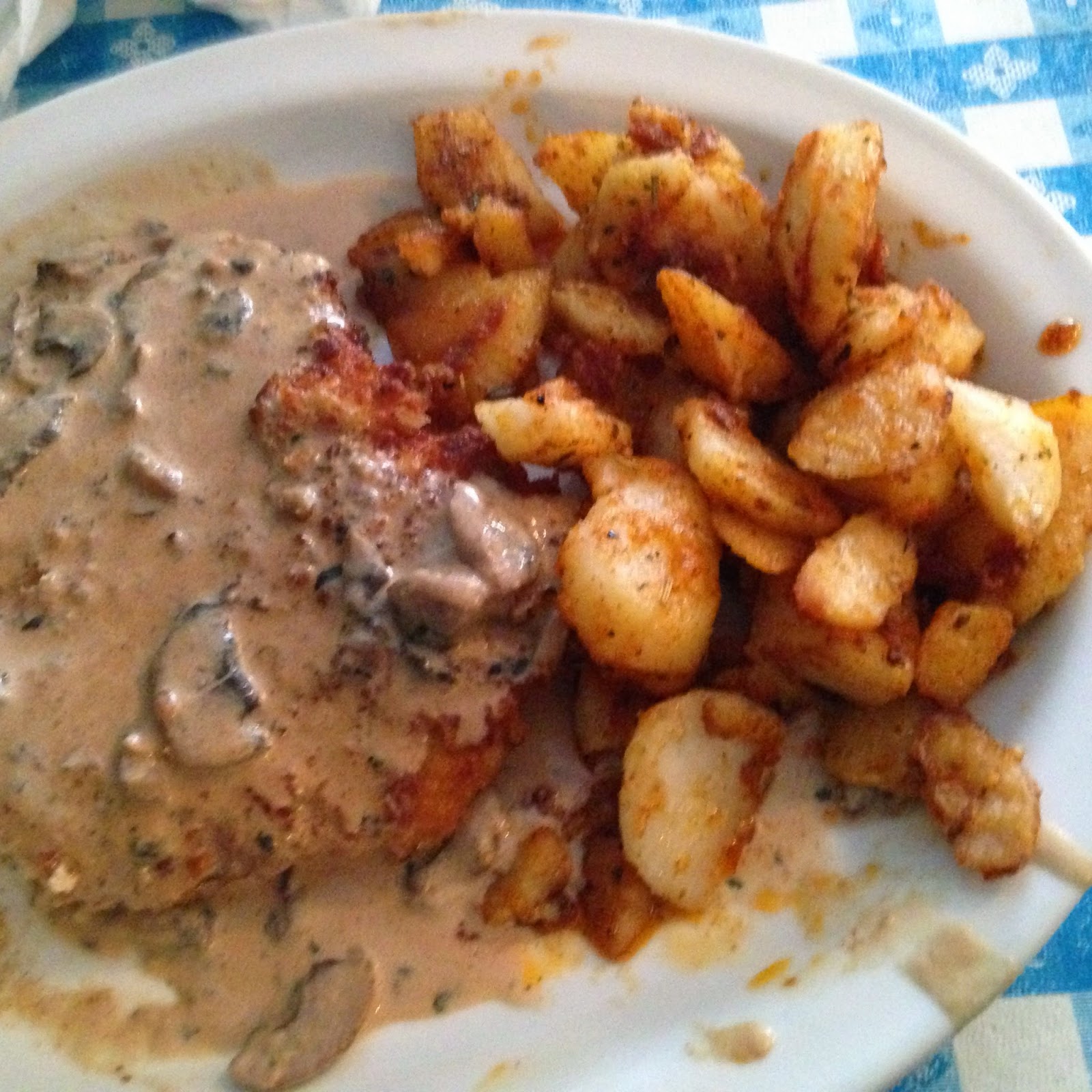 The Jägerschnitzel was abundant and flavorful, a large pork cutlet battered and fried to golden perfection, then doused with brown Jâgermeister and mushroom gravy ... YUM! I had the fried potatoes, crispy and well seasoned with salt and paprika, and my wife tried the käse spâtzel, the more traditional cheese covered potato dumplings, both of which were excellent.


The dessert options were extensive, being a bakery after all, but we are so full we got them to go. My wife ordered the Black Forest cake and I had the cherry tart. The cake was creamy and fresh and the tart crisp and yummy, the perfect accompaniment to a well done German meal although consumed several hours after the fact. 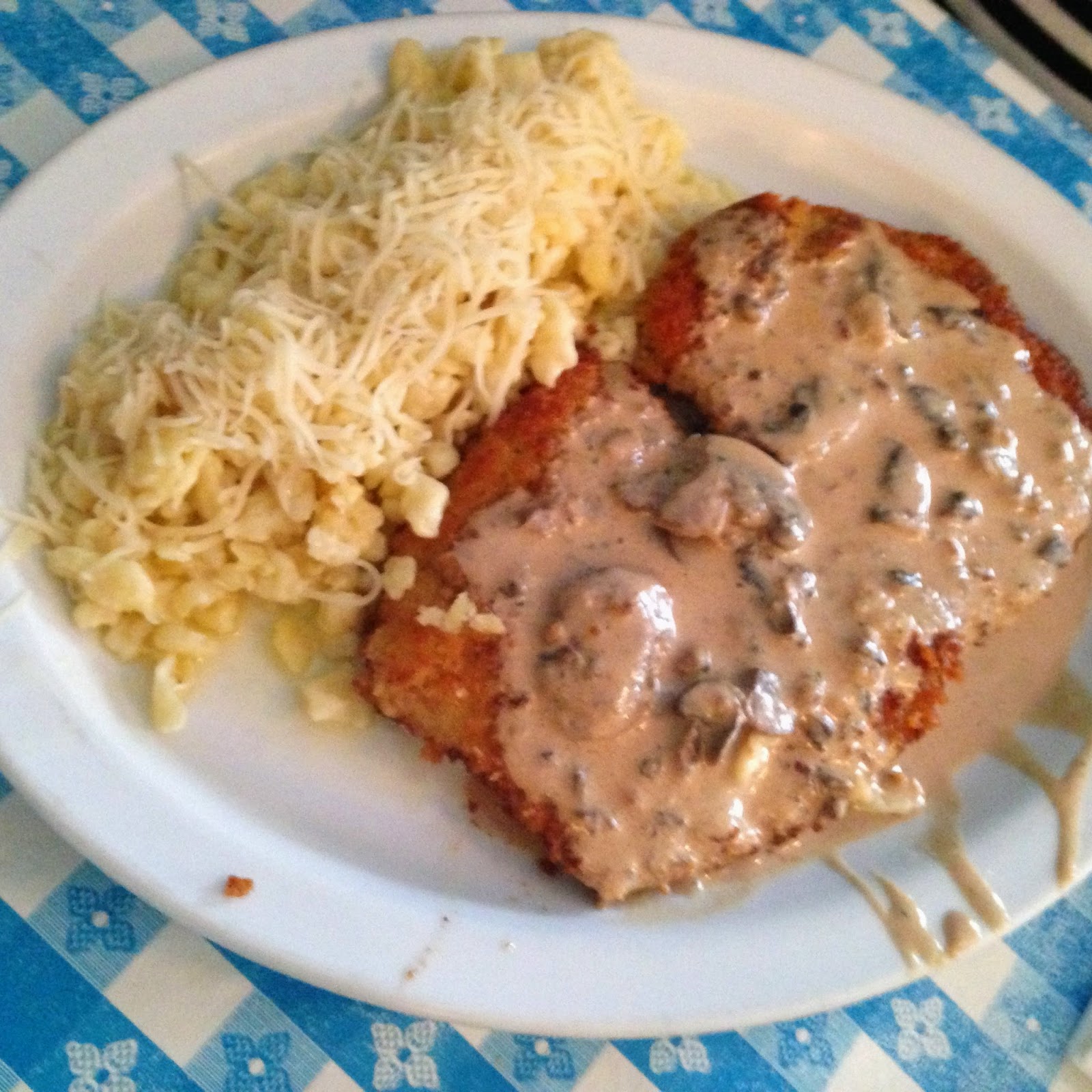 The service was friendly and attentive. My only complaints being the lack of a German brün bier or dünkel (dark beer), so I was forced to have an amber(?) Oktobefest that was not bad, not great, and the fact that the menu does not have all that many options (a wiener schnitzel cordon blu would be also be a welcome addition).

CombatCritic Gives Gerda's 7 Bombs Out of 10 Bombs ... BOMBS ARE GUT!