Portland, OR: I Adore Bargains And French Food, So I Loved Chez Machin!

Chex Machin is a small place in the Hawthorne neighborhood of Portland, my two friends and I were the only diners at 5pm on a Sunday so we got all of the attention we required even if it was unenthusiastic. 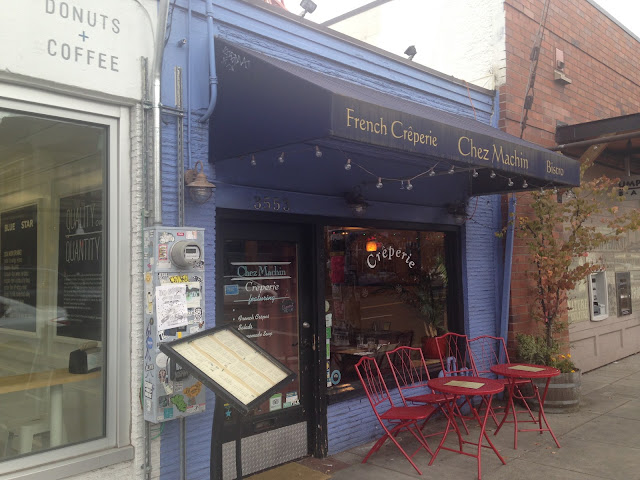 Happy Hour runs from 3 to 6pm with a $3 cup of French Onion Soup, $6 Escargots and $5 Off bottles of wine. We got two orders of escargot, a cup of soup and a bottle each of a red Bordeaux and a white Riesling ($23 each after discount). We also ordered a Brie en Croûte ($9.95) off of the main menu as well as a Salade Lyonnaise ($9.95). The escargots were tender and full of buttery, garlicky goodness, but the server seemed to be hoarding the bread, bringing out tiny soup cups with 4-5 thin, small slices of baguette at a time. The brie, in puff pastry, was served with a berry compote and was tasty, but a bit underwhelming for the $10 price tag. The onion soup was good, but not the best I have had with more bread than cheese and the Lyonnaise salad scrummy with a poached egg on top of lettuce, crispy slab bacon, and croutons. 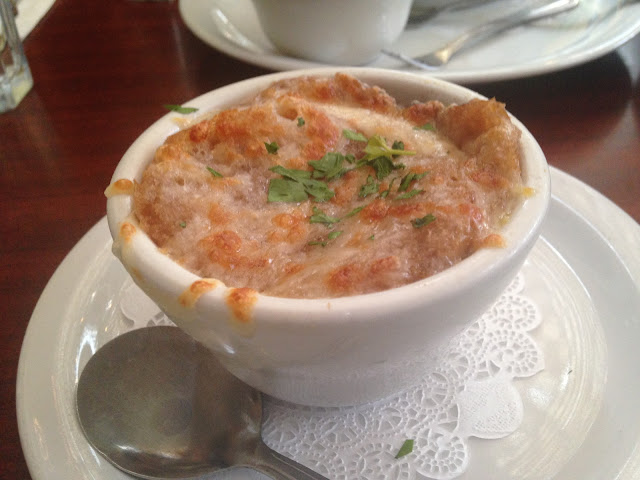 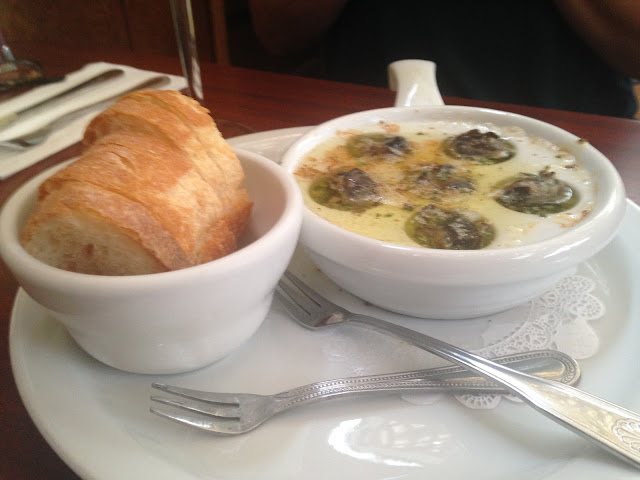 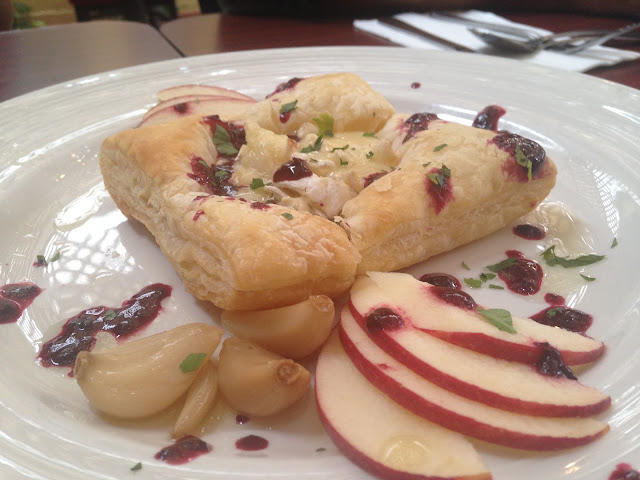 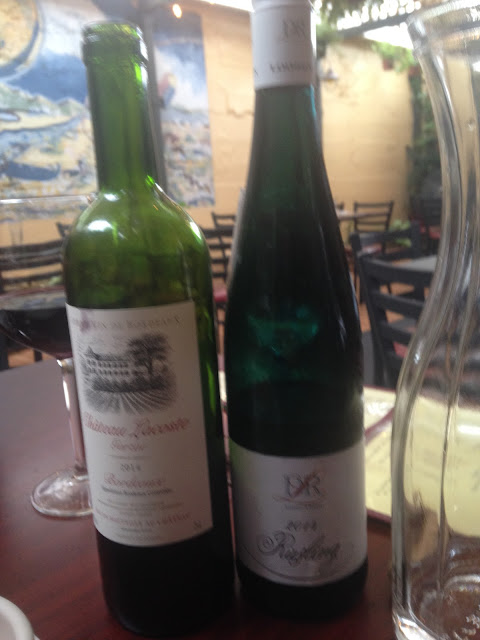 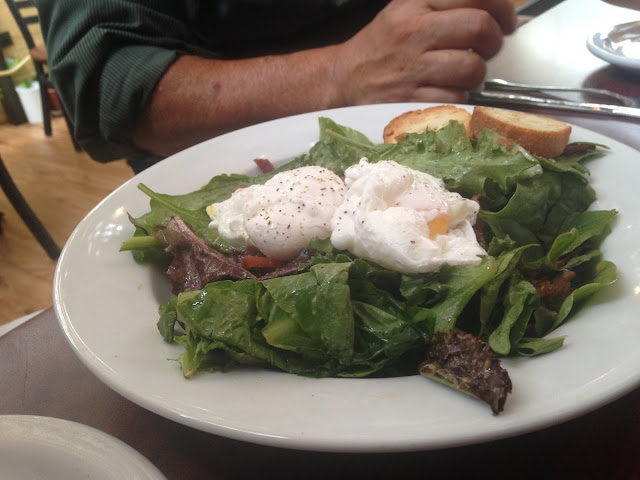 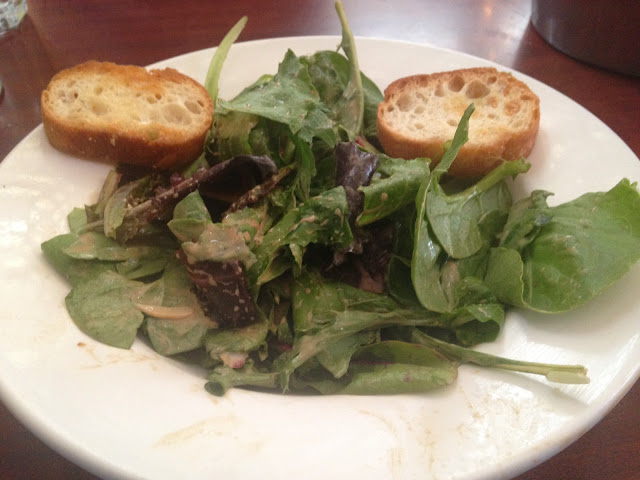 We decided to order three different entrees in order to taste a bit of each. I had the Boeuf Bourguignon ($15.95) and my friends ordered the Steak Marchand de Vin ($24.95) and Chicken Cordon Bleu ($15.95). The chicken and steak came with green beans, but mine came solo although I did get a Salad Maison ($3) off the Happy Hour menu that was very good. The 10 ounce flatiron steak was tender, cooked a perfect medium, and served with a delicate burgundy cream sauce as well as au gratin potatoes and sautéed green beans. The cordon bleu was also very nicely done and the dijon cream sauce was the perfect accompaniment. 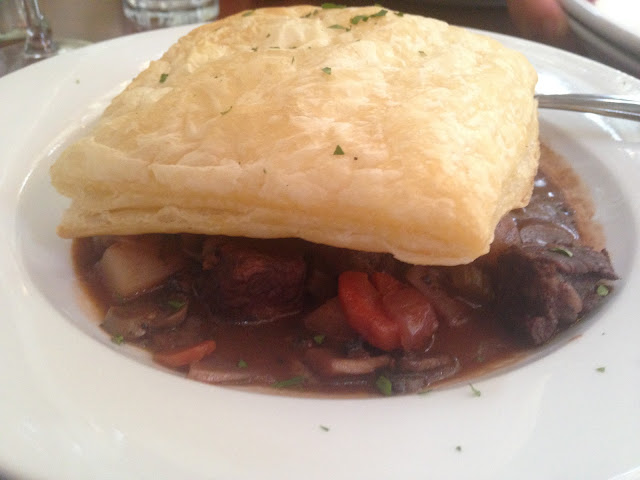 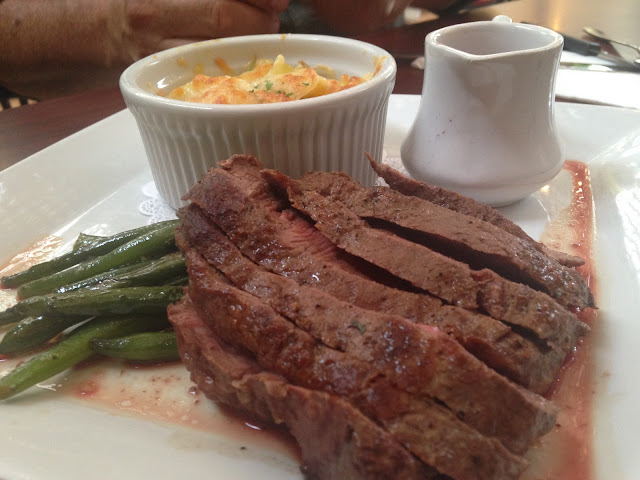 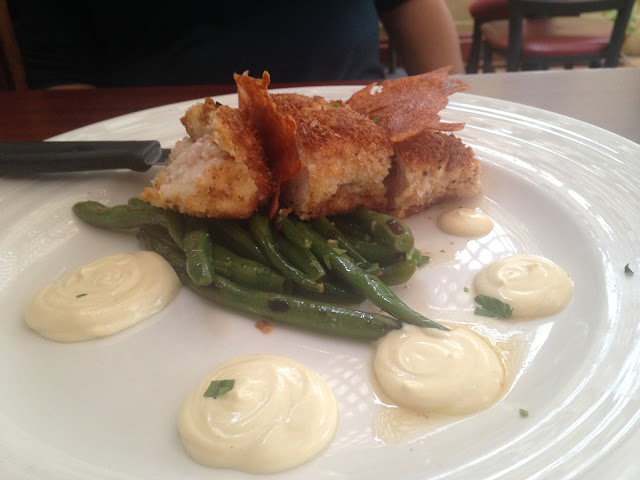 The waiter was efficient enough given that fact that we were his only table, but a bit stuffy for such a relaxed, casual bistro. The three of us ate and drank very well for the $141, plus tip, I paid for dinner. Oops, I forgot to tip the waiter ... just kidding! He was rewarded handsomely even if he was lacking a personality, giving him the benefit of the doubt considering that he was young and probably had a long Saturday night.

CombatCritic Gives Chez Machin 9 Bombs Out Of 10 ... They Would Have Received My Top Score Had The Waiter Been Slightly Friendly ... More Bombs Are Better! 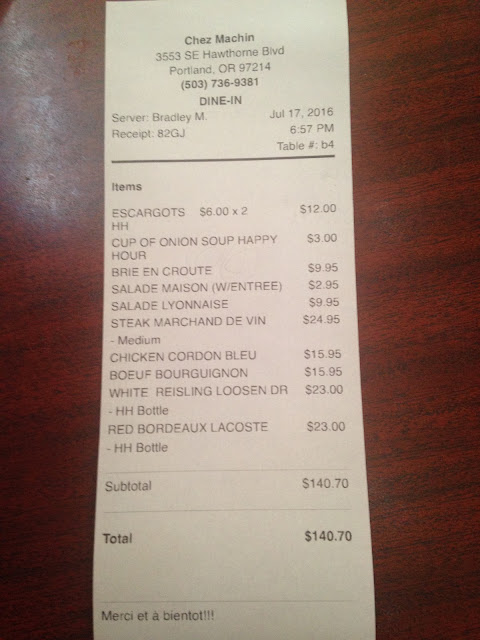 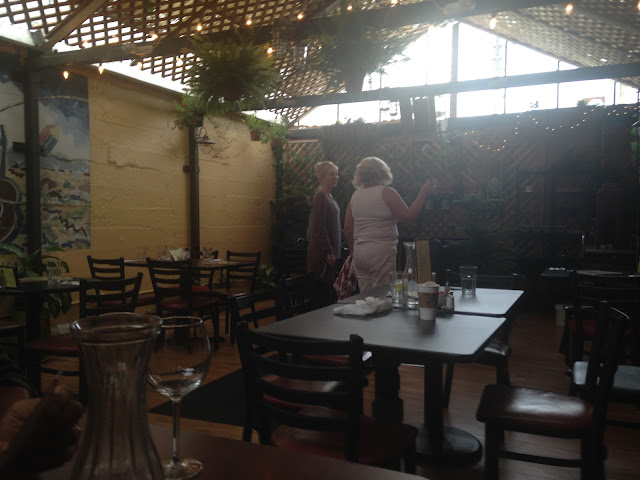 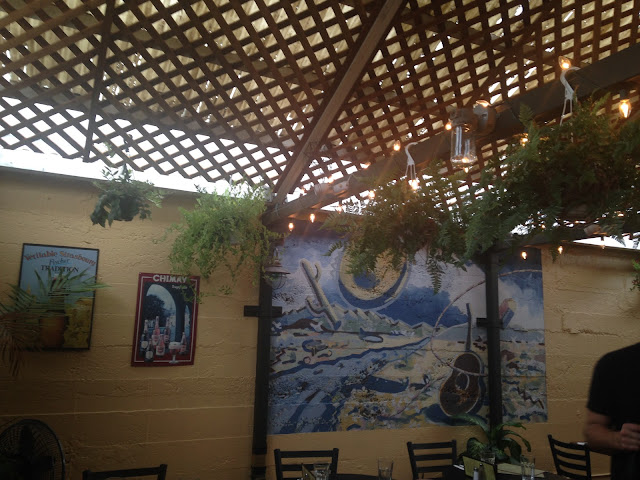 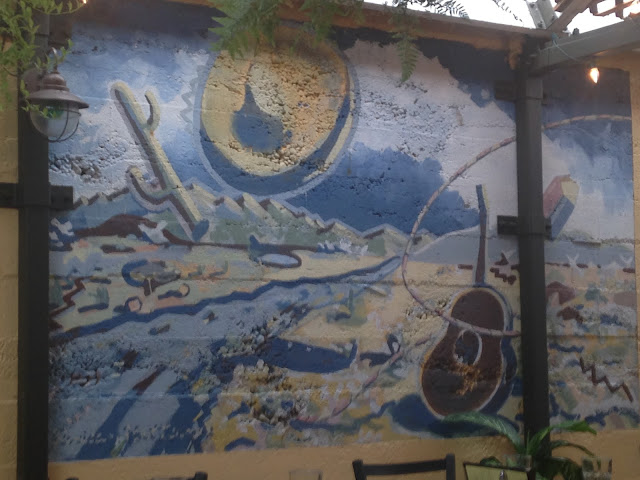 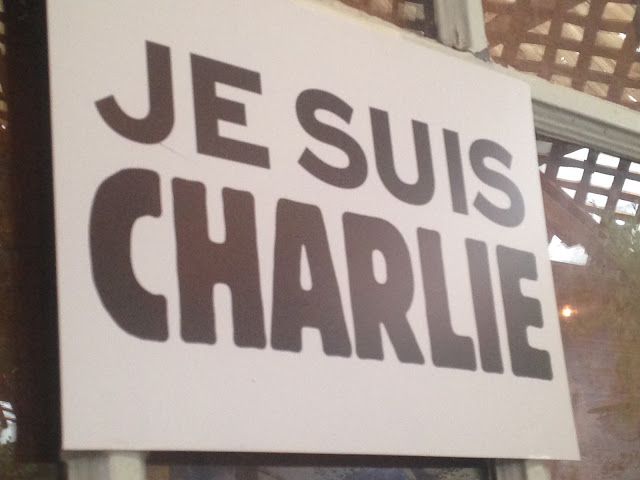 Title: Portland, OR: I Adore Bargains And French Food, So I Loved Chez Machin!

Translation for Civilians: OOH-RAH! = "U.S. Marine Response To A Verbal Greeting Or As An Expression Of Enthusiasm"
Author: CombatCritic at 2:04:00 PM