1502 N. Walton Blvd
Bentonville, AR 72712
Phone number (479) 273-3303
Website: fredshickoryinn.net
I reviewed Fred's last autumn and gave them fairly high marks. We returned for our Spring 2016 golf outing and to Fred's, where we eat two nights in a row every trip as stipulated by the event dictators, I mean organizers. Anywho, these two visits were a bit different. On a Friday and Saturday night, when Fred's should have been packed to the gills as they were in the Spring, you could shoot a cannon through the place without hitting a soul. 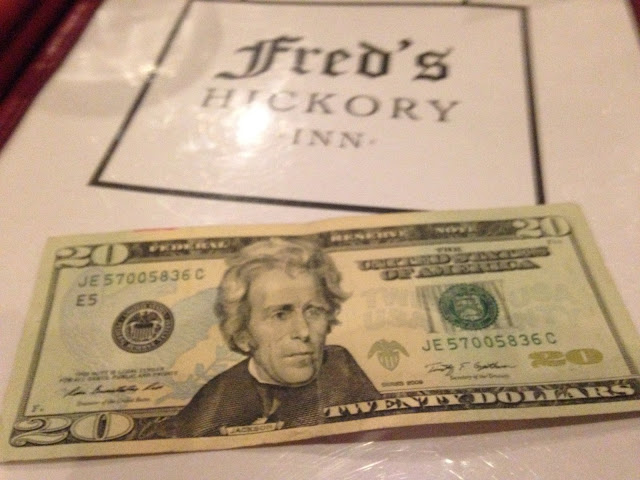 Katlin, our server both nights, was superb. Friendly, efficient, and from Chicago, she went above and beyond with one exception (to follow). I had the lasagna again on night one, coming with a side salad which was small, but fresh with romaine and a couple cherry tomato halves with bleu cheese dressing on the side, that was it, plain, simple and underwhelming. The lasagna was as good and bigger than I remember. A few of my buddies ordered it on night two after seeing mine and inquiring about the quality, all raving about the great size and flavor. 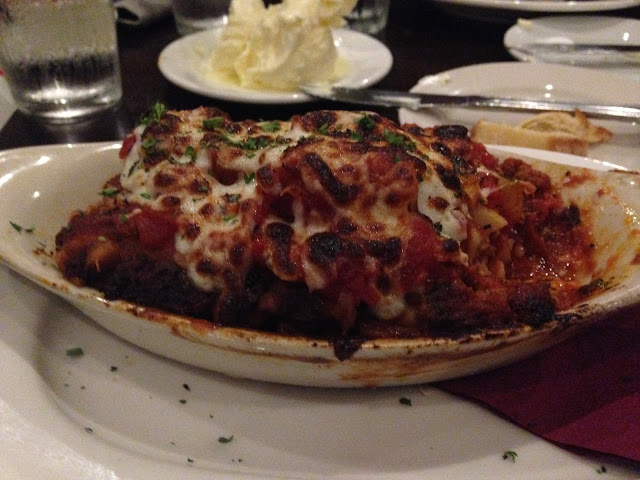 The problem arose on night two with my order of Grilled Chicken ($14). Coming with a side of my choice, I chose spaghetti Bolognese once again because someone on night one had said how good it was and had to see for myself if it was better than 4 months earlier. It was not. First, the grilled chicken consisted of a single half of a breast for $14, not a (full) "breast" as the menu indicated. It was small, overwhelmed by the side dish, but grilled well, tender and tasty. The Bolognese sauce had not been sitting in a warmer for hours as it had last time and it was fresh, but it was not like any Bolognese I have ever had. There was little if any ground beef to be found and I was not the only one to notice it. Big chunks of tomato, little seasoning, no milk or pancetta (bacon) and very little meat, not a traditional Bolognese (my Italian mother-in-law who lives in Naples, Italy calls it "Ragu"), not even close. 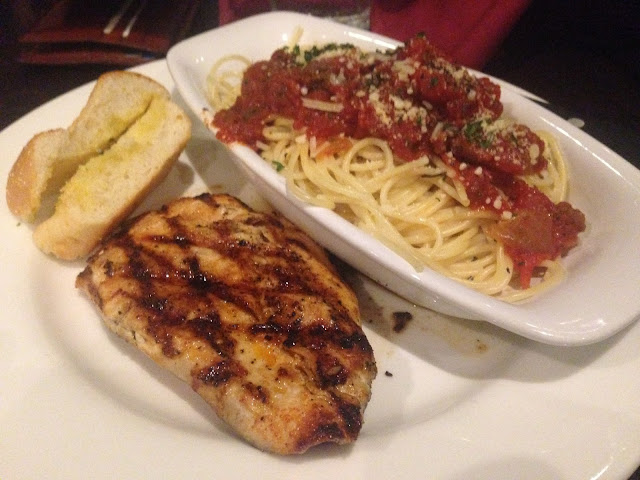 When we brought our disappointment to Katlin's attention, she quickly ran to the back to get us more of the meatless sauce, but that did not help and even after sharing our dismay with the quality of the extra sauce, all that she said was "they didn't use much meat today I guess". That was an understatement. For a large group that eats at Fred's four times a year, spending close to $4000.00 on food and drink and tipping very, very well, I would think there would have been an apology and possibly an offer of a complimentary dessert or some other form of remorse. There was not. 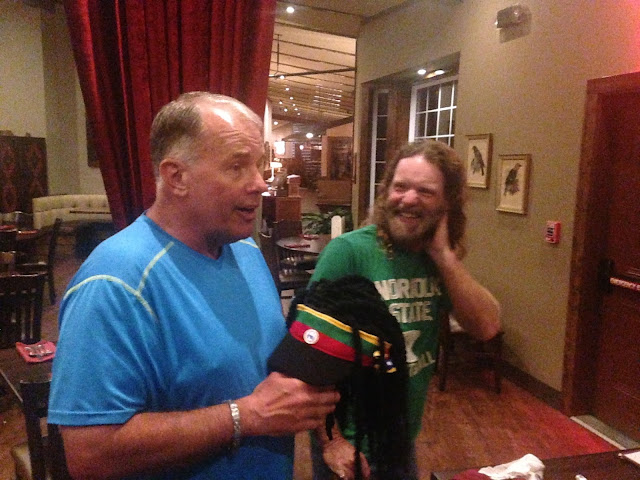 Again, nice place, decent prices, good food, although a very limited menu, and very good service. Katlin was big hit with the boys and I am sure she made out quite well in the tip department. The general manager recognized me from our last visit (and review), but never stopped by to greet us, ask how our meals were or apologize for the terrible Bolognese, which I found a bit odd, particularly for a group that drops $600 to $1,000 per visit.

CombatCritic Downgrades Fred's Hickory Inn To 6 Bombs Out Of 10 ... More Bombs Are Better!