Portland, OR: Decent Thai, But Where's The Beef?


The Alberta Arts District is one of my favorite neighborhoods in Portland due to its' eclectic, Bohemian feel, great restaurants, and art/music/theatre scene. We deployed to the area of operations to see a Little Shop of Horrors charity extravaganza at the Alberta Rose Theatre just a couple of doors west of Cha Ba Thai. 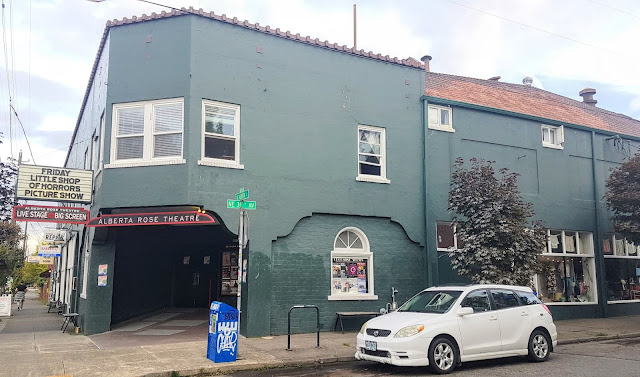 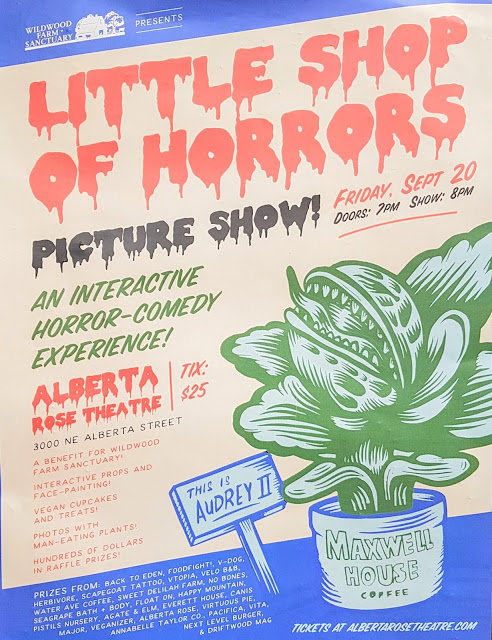 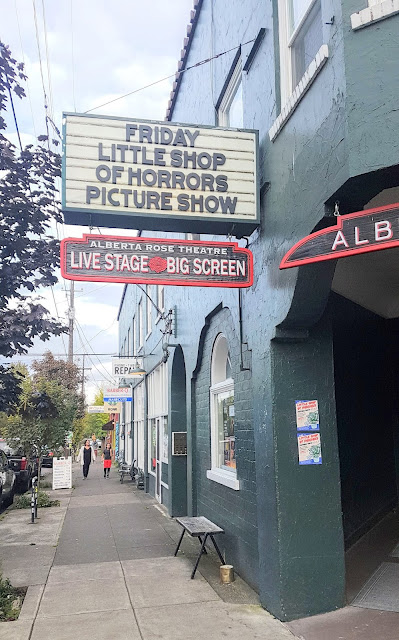 Not surprisingly, the large dining room was virtually empty at 5pm when we arrived, so we were guided to a four-top next to the window. The room is simple and tastefully decorated with a full bar on one side and tables on the other. There is also a large outdoor seating area with several picnic tables, so feel free to enjoy your meal al fresco if you so desire. We were promptly greeted when we entered and, after being seated, our drink/appetizer orders were promptly taken. 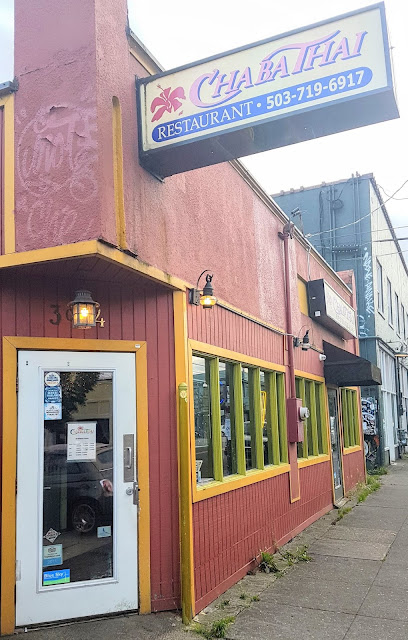 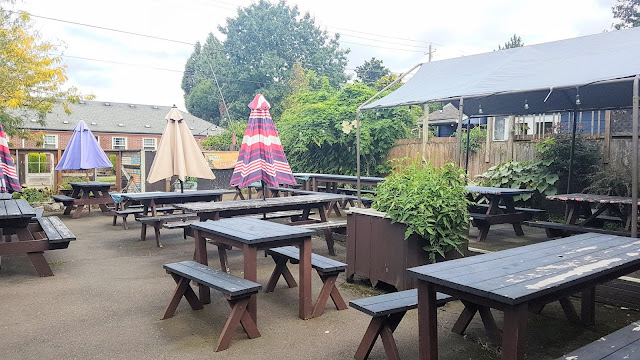 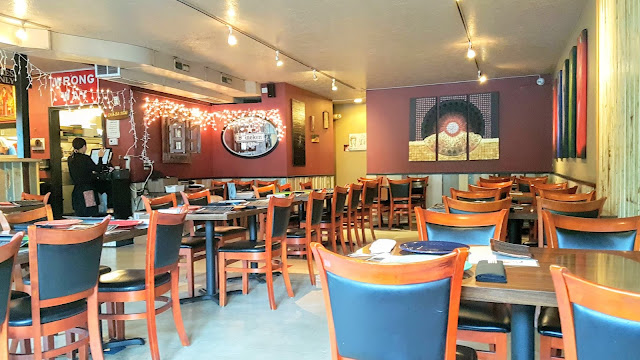 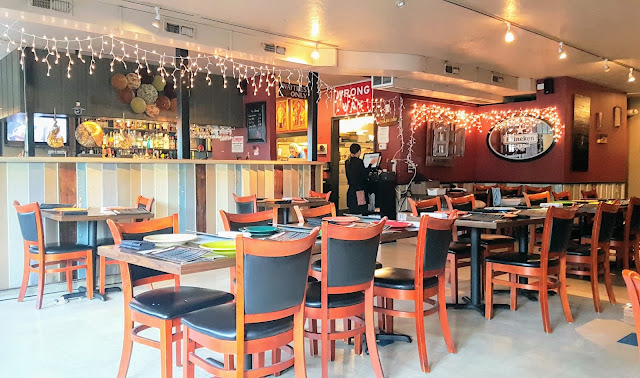 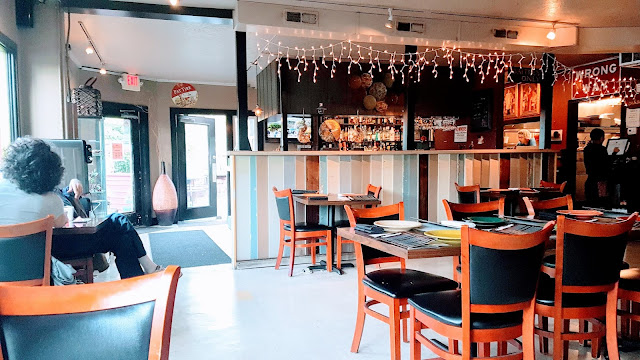 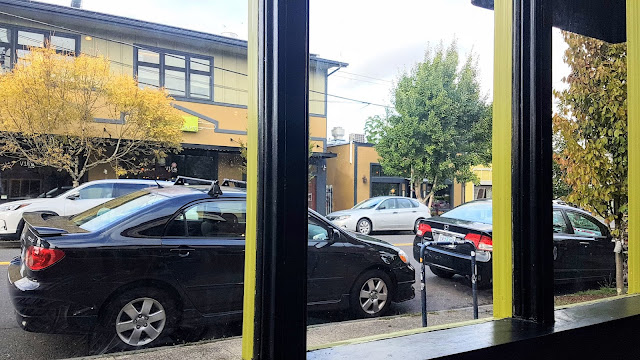 I ordered a Ninkasa IPA ($5.50) for me and the Chicken Satay ($9.50) and Egg Rolls ($6) for the both of us to share. Each of the four satay sticks had a large serving of grilled chicken served with a tasty peanut sauce, my favorite, and some chunks of onion and cucumber in a mildly sweet sauce. The satay was very good, but I am not sure it was worth the extra $3 or $4 when compared to satay prices at most Thai restaurants I have been to. The egg rolls were small and somewhat bland, also being a buck or two more expensive to similar dishes elsewhere. 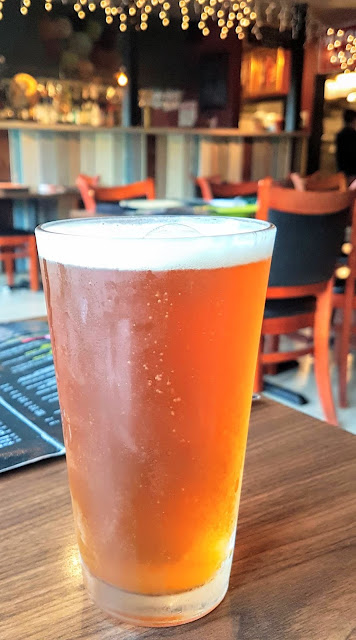 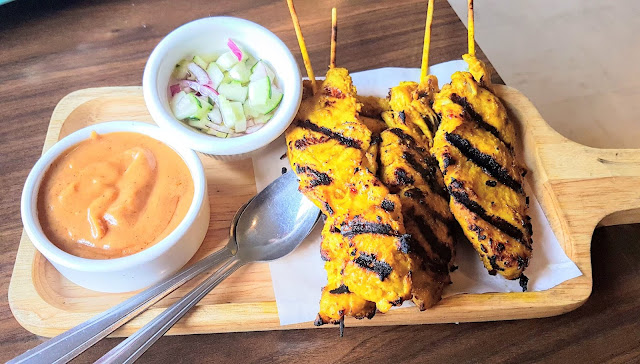 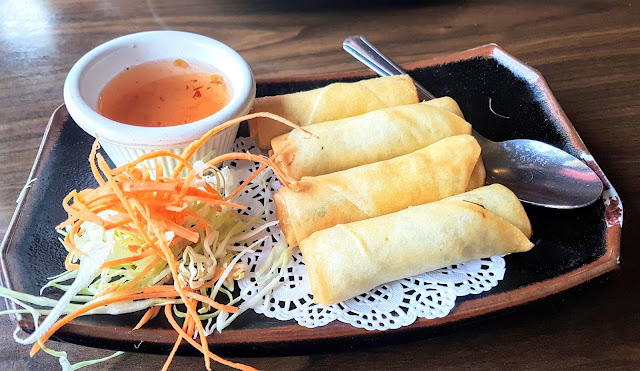 My wife decided on the Pad See Ew (Tofu - $11.50), wide noodles and broccoli florets stir fried in a mild, slightly sweet soy sauce. She was very happy with the dish although I found it somewhat tasteless as well. I tend to favor the spicier and more savory Thai curry dishes, so I went with the Massaman Curry w/ Jasmine Rice ($13). The curry sauce was delicious, but not quite as thick as many I have had and the vegetables (carrot, potato, and onion) fresh, but there was a paltry amount of sliced beef on top when it arrived. Again, the prices for our entrees were each a few bucks too high in my opinion. 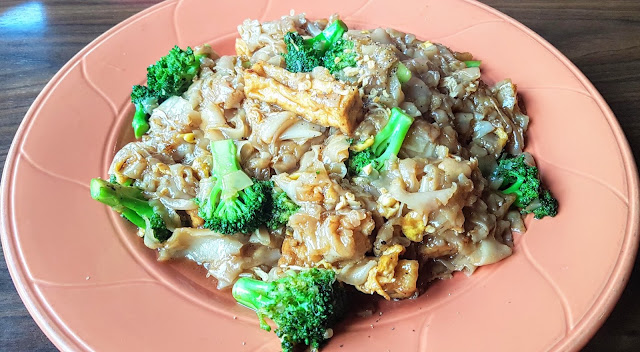 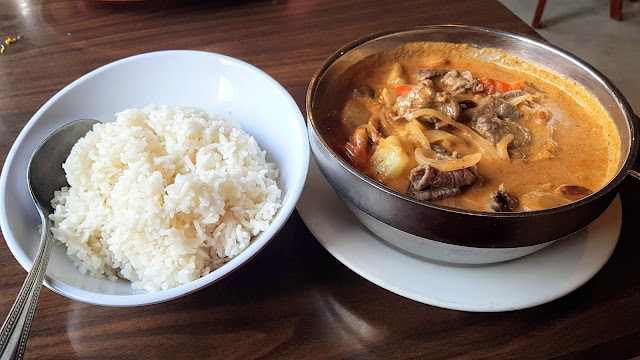 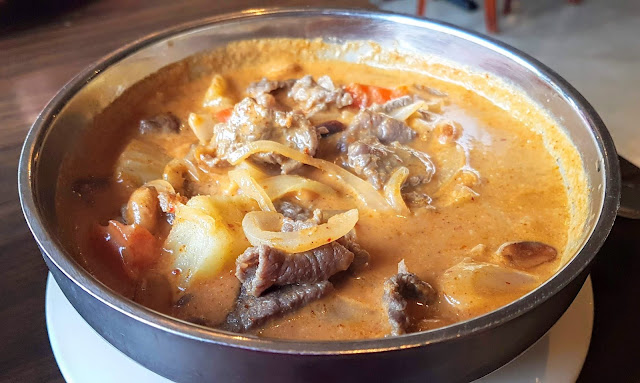 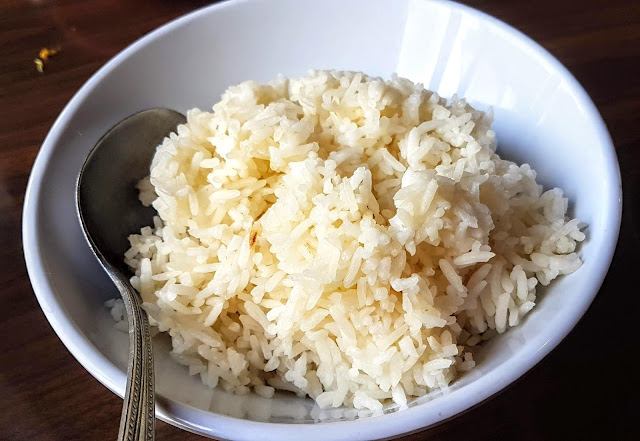 The service was excellent, fast, friendly and efficient, and the food came out post haste. Overall, we were well satiated and happy with our meal, but the prices were a tad high in comparison to other Thai restaurants we have visited and the less than abundant beef content of my curry was disappointing, so "where's the beef?" 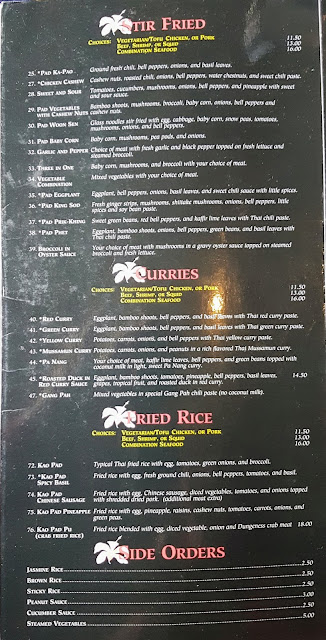 Title: Portland, OR: Decent Thai, But Where's The Beef?