Pizzeria & Trattoria Napoli
EM531 1 5a
8500-013
Alvor Portugal
Phone: 937 696 093
Prices: €€€€
Our doggy has cancer, so he needs a CT scan in Portimáo every 3 months, so we stop by Pizzeria & Trattoria Napoli for lunch while he has the procedure and wakes up.
I found out that their 'winter' hours (likely October through April) are different from my last visit in August, so we had to wait an hour until 12pm when they now open for lunch. No biggy! 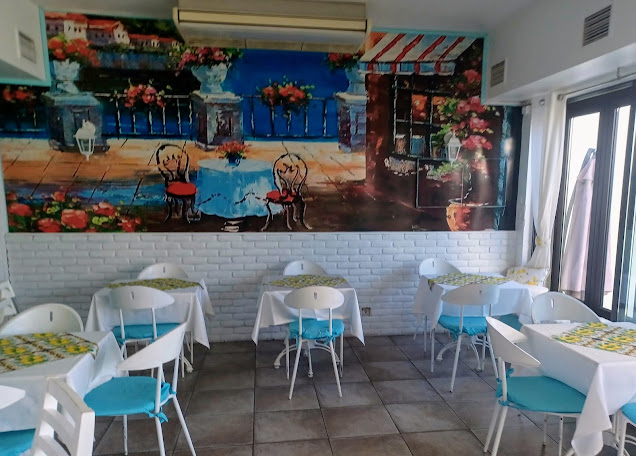 I brought my wife this time as she recently returned from Napoli, the city in Italy, where she has been taking care of her mom. Gianluca greeted us once again and the two of them chatted in Italian about Napoli, his hometown, while I sat there and picked up some of the conversation ... Italians talk too fast for me to catch everything. 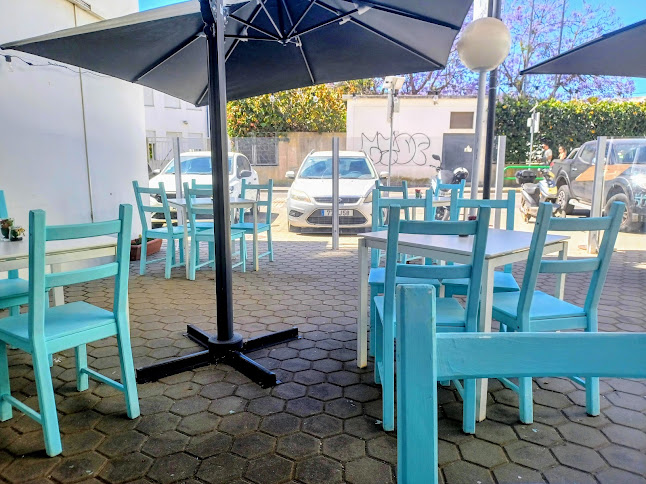 As it was one of the rare warm, sunny days in the Algarve, NOT, we sat on the patio. The service was fast and friendly and the food, once again, delicioso ... Mama Mia ... HOOAH! 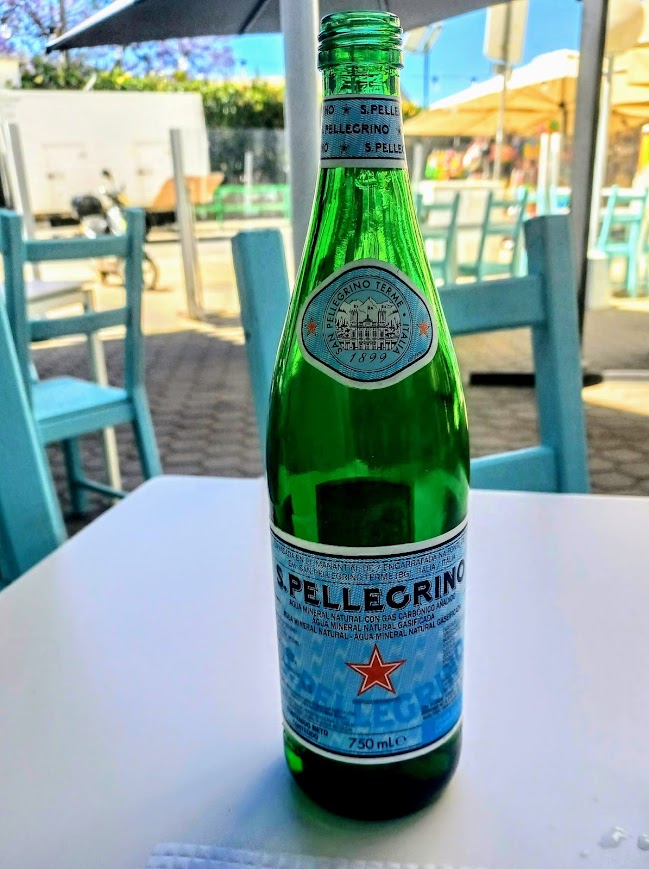 I knew how big the portions were, so we did not go nuts with the antipasti, ordering one Bruschetta (€5) and sharing the four pieces, one with tomato, two with marinated, grilled melanzane (eggplant), and the other with melted gorgonzola and parmigiano. Very nice. 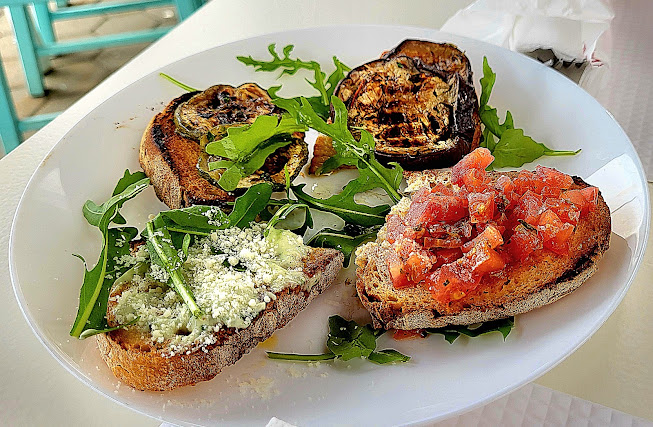 My wife had the Fettuccine (€14) in a gorgonzola and rucola pesto with pancetta, mushrooms, onion, and walnuts. It was superb! 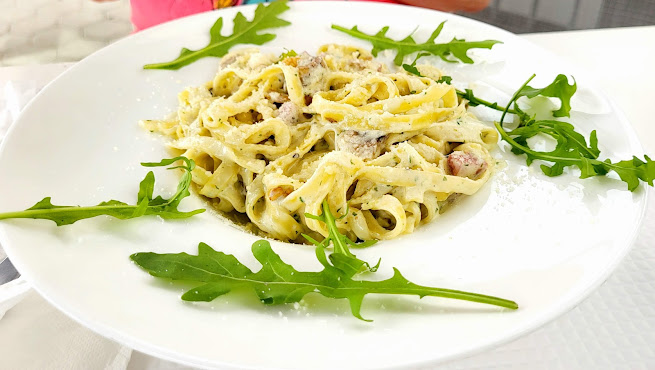 It is not easy finding weal dishes anymore, so I got the Veal Parmigiano (€11) with a side of spaghetti tossed with their wonderful ragù instead of the chips (aka fries) and side salad, which was huge. The large cutlet was coated with breadcrumbs and perfectly fried, then topped with ragù, grated parmigiano, and fresh mozzarella (upon my request) before being baked until melted. I was in heaven. 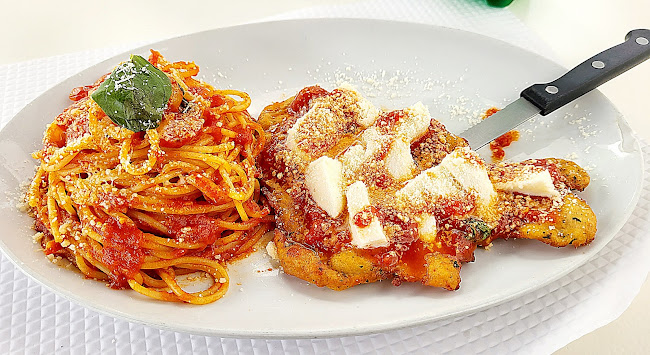 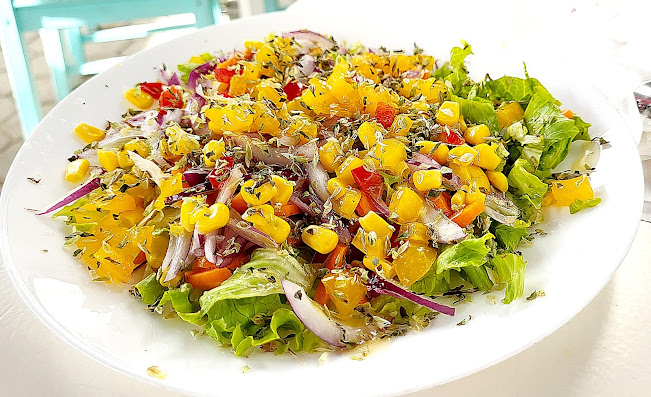 One of the great things about Napoli, beside the excellent food and fair prices, is the fact that they are very willing to work with you on substitutions. My wife hates tomatoes - yes, she was born in Sicily and grew up in Naples - so they altered the normal bruschetta toppings. The veal parmigiana comes topped with parmigiano, not mozzarella as I became accustomed to in the US, but Gianluca did not flinch when I asked him if could add it and did not even charge extra.
Gianluca's dad came out after our meal and reminded me about my promise to bring him some Antico Toscano cigars, made famous by Clint Eastwood in his 'spaghetti' westerns like The Good, The Bad, and The Ugly, which were actually filmed in Italy. I promised to bring some cigars from Ayamonte, Spain (much closer to where we live than Alvor) where I buy my Toscano cigars and much cheaper than in Portugal, but I forgot ... OOPS! I will try to remember next time.
In a nutshell, excellent, authentic food at very reasonable prices with great, friendly service, that's amore, I mean Pizzeria & Trattoria Napoli ... OOH-RAH!
CombatCritic Gives Pizzeria & Trattoria Napoli A Very Rare 10 Bombs Out Of 10 And A Spot On My 'WALL OF FAME' ... More Bombs Are Better! 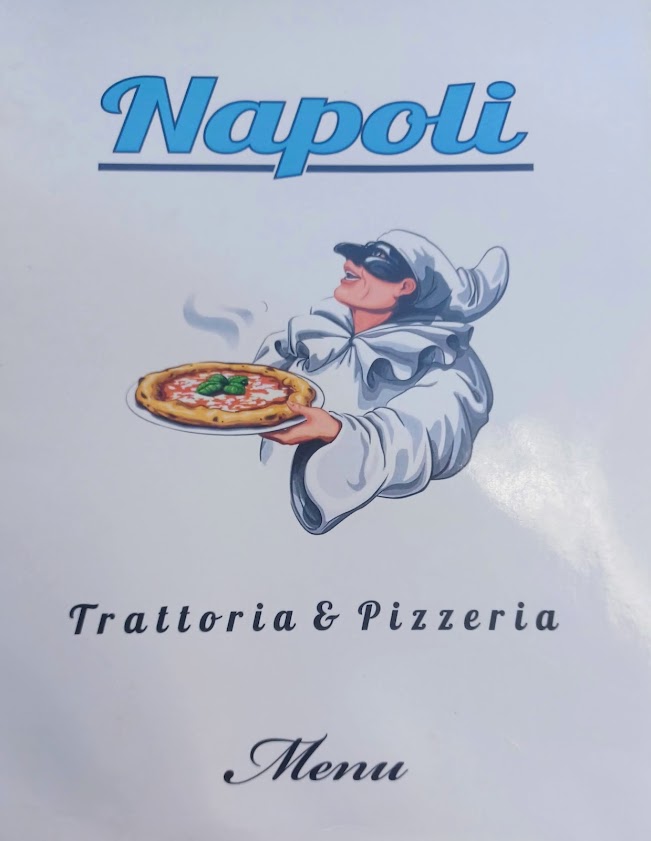 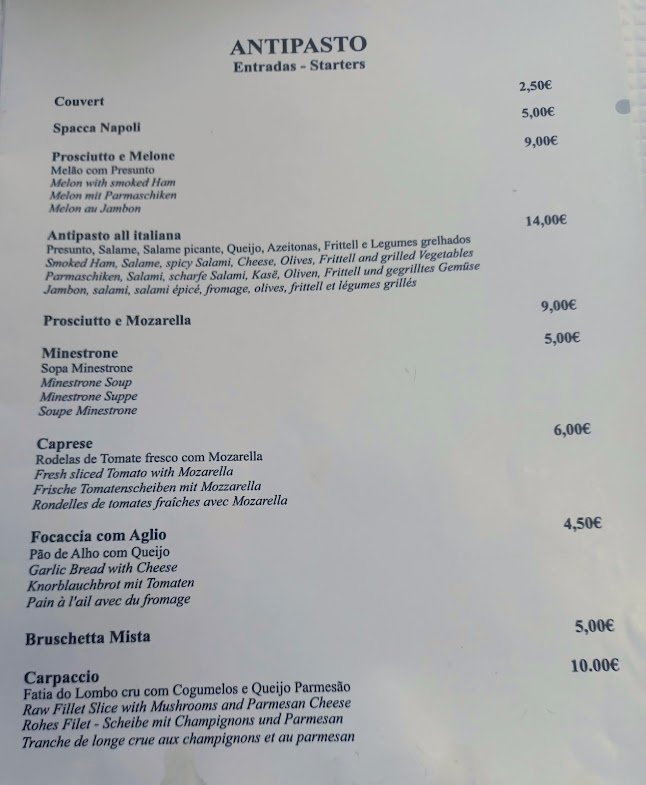 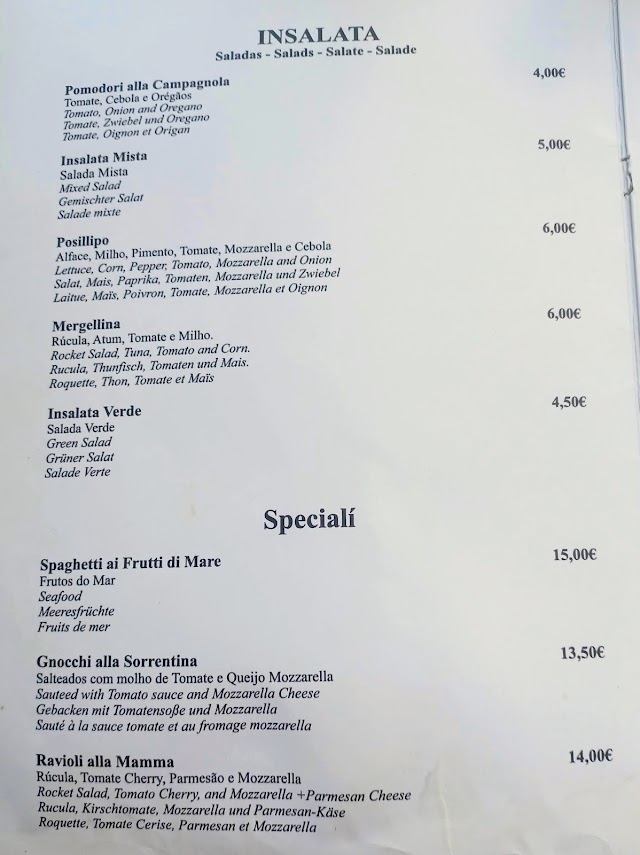 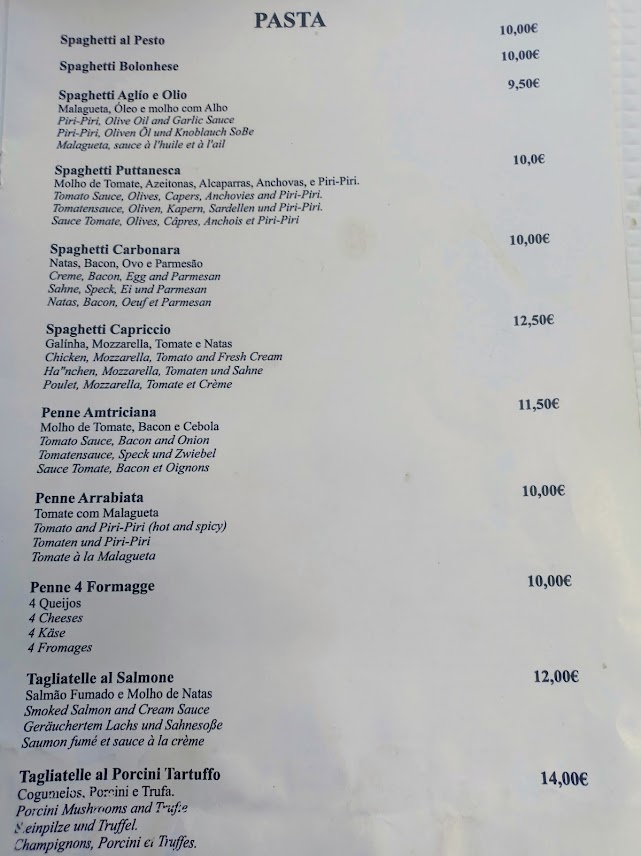 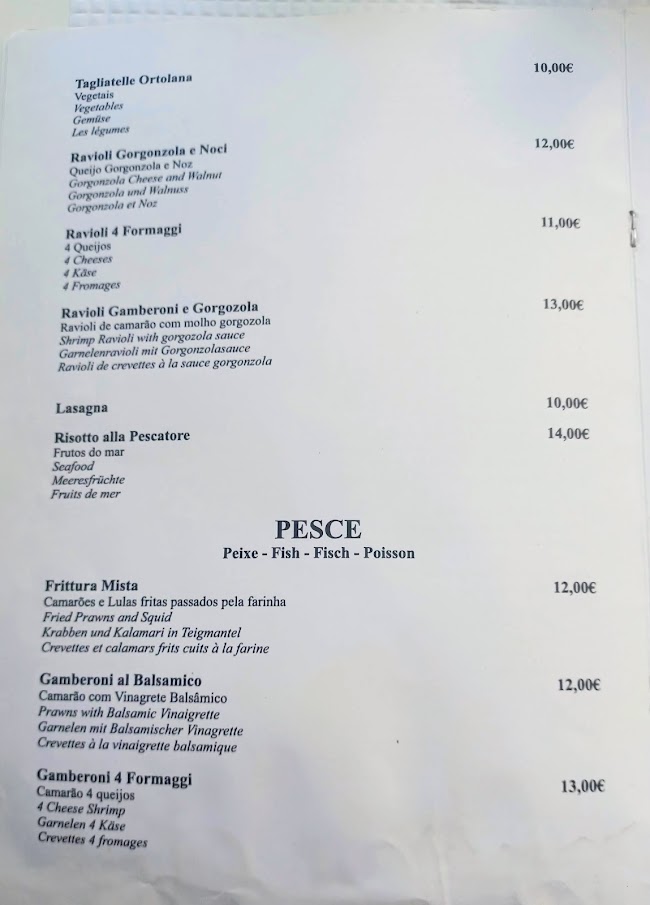 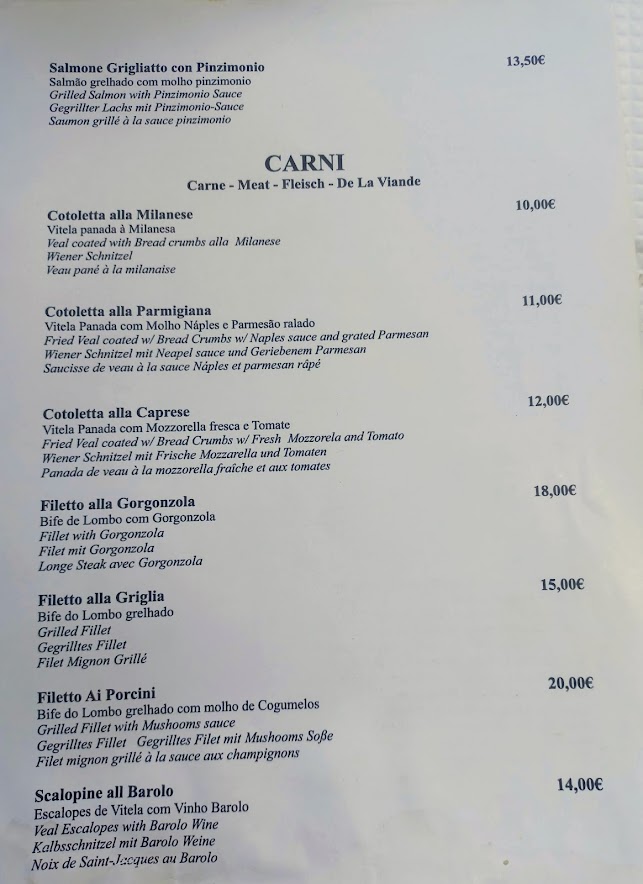 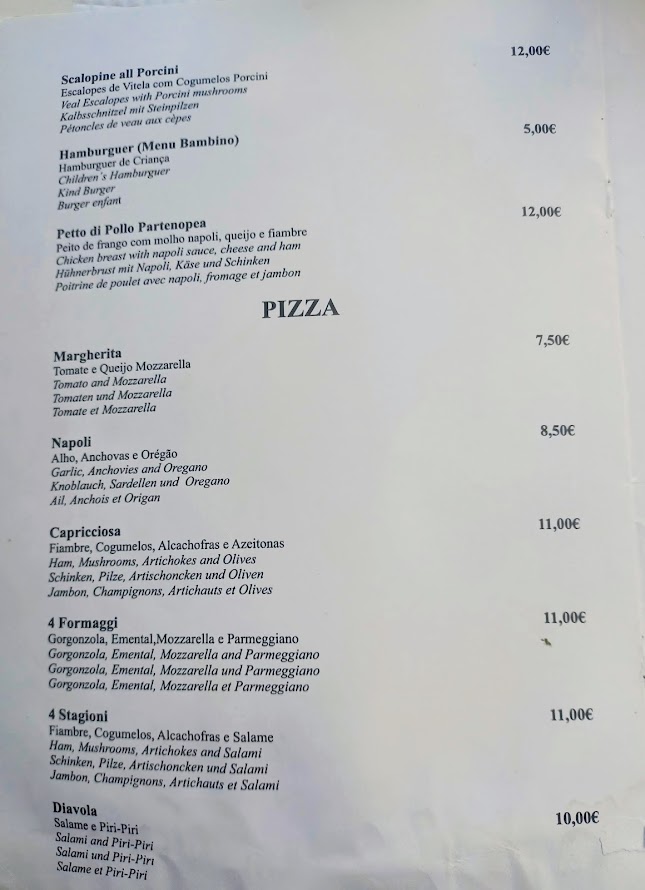 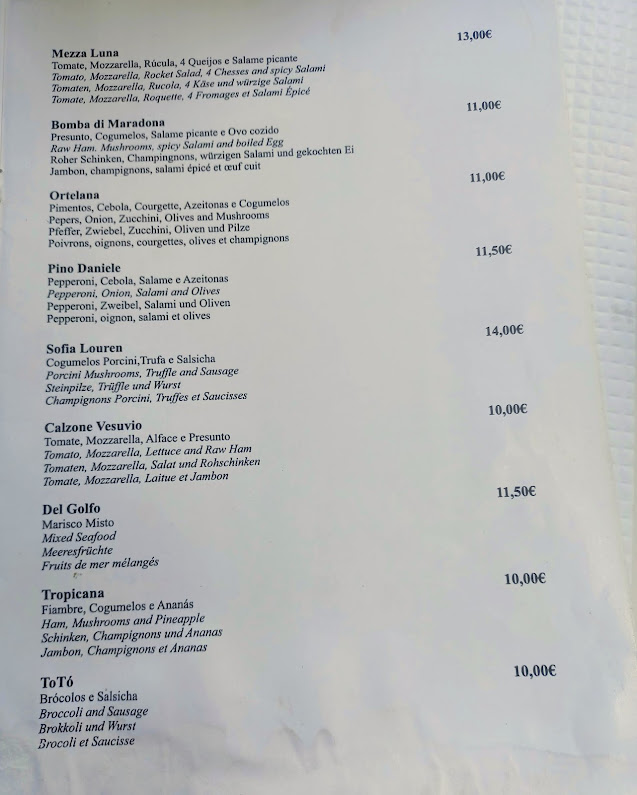 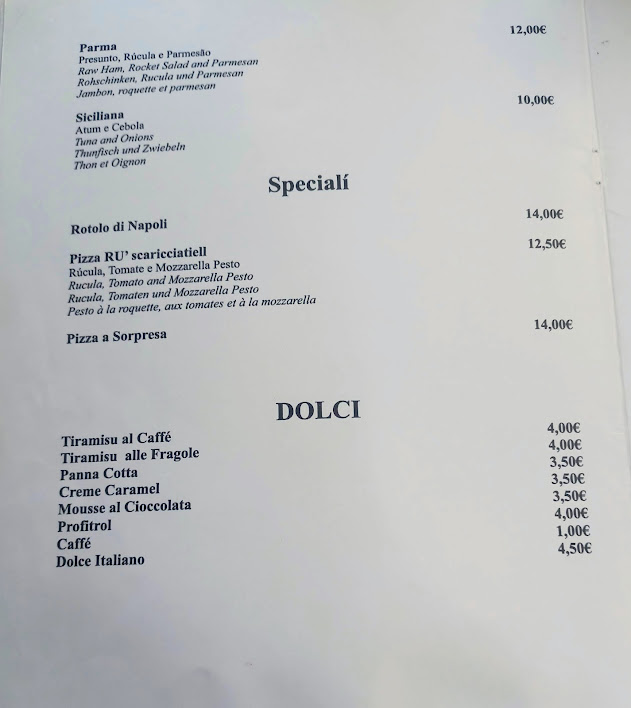