Good, Reasonably Priced Fare In A Country Not Well Known For Great Italian

Jimmy’s is the only restaurant in town that serves only Italian food … bruschetta (learn how to pronounce it Americans), pasta, pizza, main courses with actual meat and more! You have to look up and on the right as you walk up Jogiwara Road (from the direction of the Dalai Lama’s Temple) about halfway through the McLeod Ganj “market” (shopping area) on the way to the Main Square to see Jimmy’s neon sign up on the third floor.

The restaurant is large by Dharamsala standards and nicely appointed with marble-top tables, nice modern colors, plenty of windows, and movie posters on the walls. They have a large screen LCD TV, which happened to be televising a cricket game while I was there. There are two small areas, one in the front as you walk in and another in the back near the TV, where those with good knees can sit at a low table on mats Asian style. Being an old military retiree and disabled Veteran, I went for a table and chairs.

The menu is large with numerous antipasti (appetizers), both veg (vegetarian) and non-veg as they are referred to here, several primi (first courses), including pizza and pasta dishes, as well as homemade ravioli, lasagna and gnocchi, and, finally, secondi (second courses – think meat) where you can choose from chicken, mutton, or pork prepared in a variety of ways. They also have many drinks, including milk shakes and lassi (a yogurt-based drink found throughout India similar to a milk shake, but without the ice cream).

For my antipasto, I decided to try the mixed grilled vegetable “bruchetta” (90 Rupees/$1.46 - spelled “bruschetta” in Italy and unlike the pronunciation used by most Americans, pronounced “brew-sket-a”, not brew-shet-a, as the “sch” in Italy is pronounced like “sk” is in English). What I received was four large toasted slices of the best Italian-style bread I have had in India to date with an abundance of tasty grilled veggies (eggplant, mushrooms, onion, and bell peppers) with melted mozzarella cheese on top. Normally, bruschetta is served with cold vegetables (tomato, vegetables) on top and no cheese, but I was quite pleased with the taste. Bravo!

For my primo, I chose the handmade gnocchi with ham in a pesto cream sauce (190 Rupees/$3.10). The gnocchi was excellent and perfectly cooked, not too chewy and not falling apart in my mouth, and the sauce was flavorful, not requiring salt, pepper, or added cheese as is the case with most pasta dishes I have had in India, but with a touch too much garlic (and I love garlic). My only complaint, and I shared this with the owner before leaving, was the same as at many restaurants in the U.S., and that is that there was far too much sauce. Proper pasta is served “al dente” and lightly basted in the sauce just prior to serving by flipping the pasta in the pan containing the heated sauce, but many restaurants outside of Italy overdo the sauce and mine was more like a thick soup with the gnocchi and ham being overwhelmed by the sauce. The owner shared with me the reason it is served this way and that is because his Indian customers are used to thick sauces (think curry, jalfraizi, and vindaloo) and believe that al dente pasta is undercooked, so he is catering to the majority of his clientele. Fair enough.

Feeling hungry and decadent, I also ordered a chocolate milk shake with ice cream (120 Rupees/$1.95) because I had read that they had an excellent peanut butter milk shake (not on the menu) on TripAdvisor. If you order a milk shake in India, do not expect what you normally think of a shake in western countries as they do not contain ice cream unless so stated. Drinks in India are routinely lukewarm as refrigeration is not great and ice is not a good idea because of potential water-born illnesses, so your milk shake will likely not be cold and frosty as you would expect. Mine tasted good enough, but the ice cream was not fully blended and at nearly $2 it was probably one of the worst values in my restaurant experiences here in India. 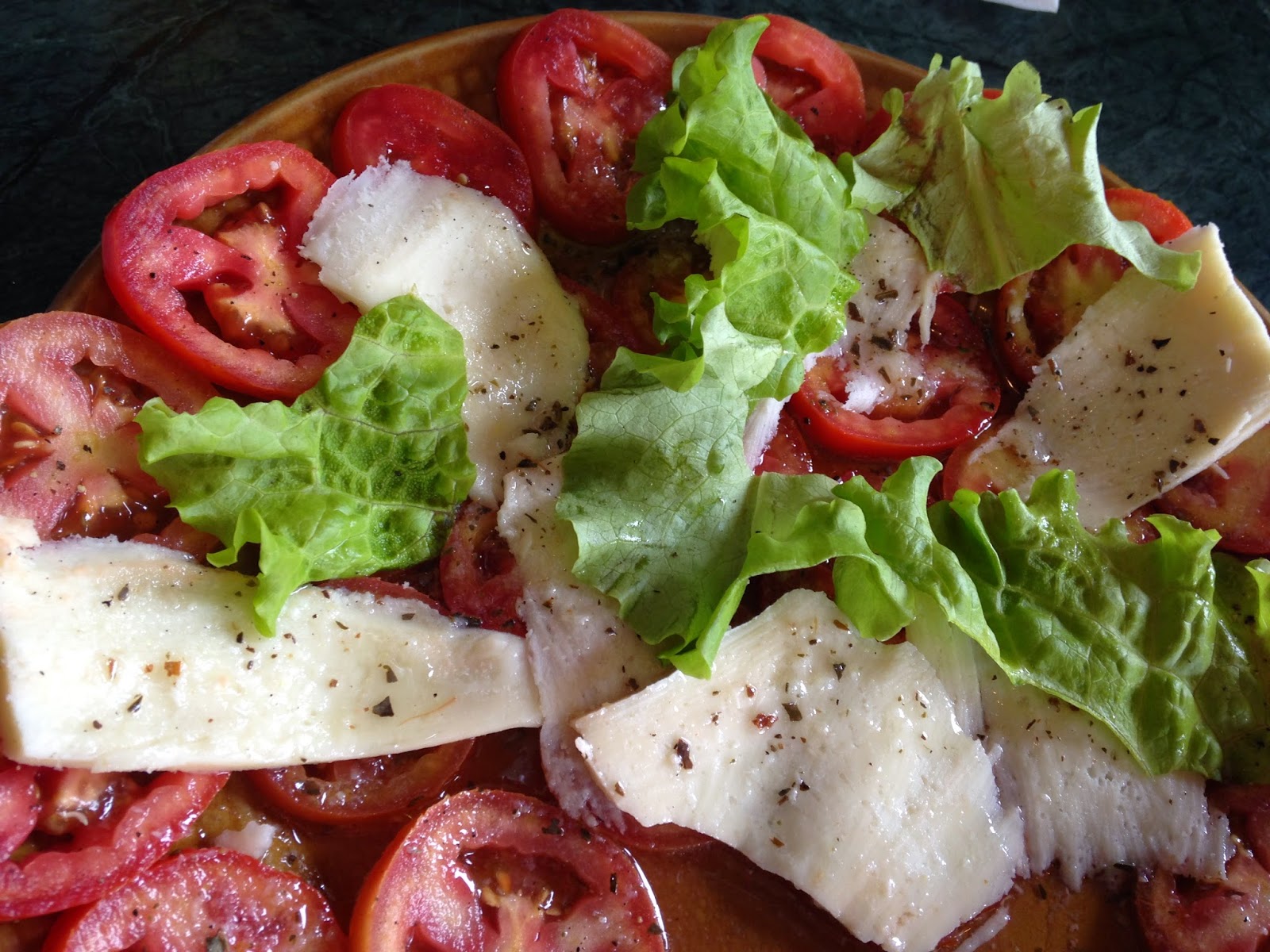 I spent Thanksgiving in Dharamsala, so because there was no turkey, stuffing, mashed potatoes, cranberry sauce, or pumpkin pie, I decided to have the next best thing ... ITALIAN FOOD! Normally eating a bowl of thupka or thenthuk (Tibetan noodle and vegetable soup), I splurged and ordered Jimmy's Tomato and Mozzarella Salad ("Insalata Caprese" - Salad From Capri In Italian - 120 Rupees/$1.95), an order of garlic bread (40 Rupees/65 cents), and the Penne Romano (al dente penne, olive oil, garlic, chili pepper flakes, and parmesan cheese - 150 Rupees/$2.40).

The insalata Caprese was actually very good with an abundance of fresh, sliced tomato, slices of mozzarella cheese, a little lettuce, and drizzled with an light olive oil and vinegar dressing. The mozzarella was sliced a bit too thin compared to the Italian equivalent and you would normally have fresh basil (instead of lettuce) on top with extra virgin olive oil (no vinegar), but it was excellent nonetheless. The garlic bread (the bread is made fresh and in-house) was perfectly seasoned and toasted, and the perfect accompaniment to the tomato salad. The penne Romano, although arriving far too soon and shortly after my antipasto had arrived, was al dente just the way I like it and the olive oil and garlic sauce tasty although a little too dry. A bit more olive oil would have helped, but it was delicious in any case. 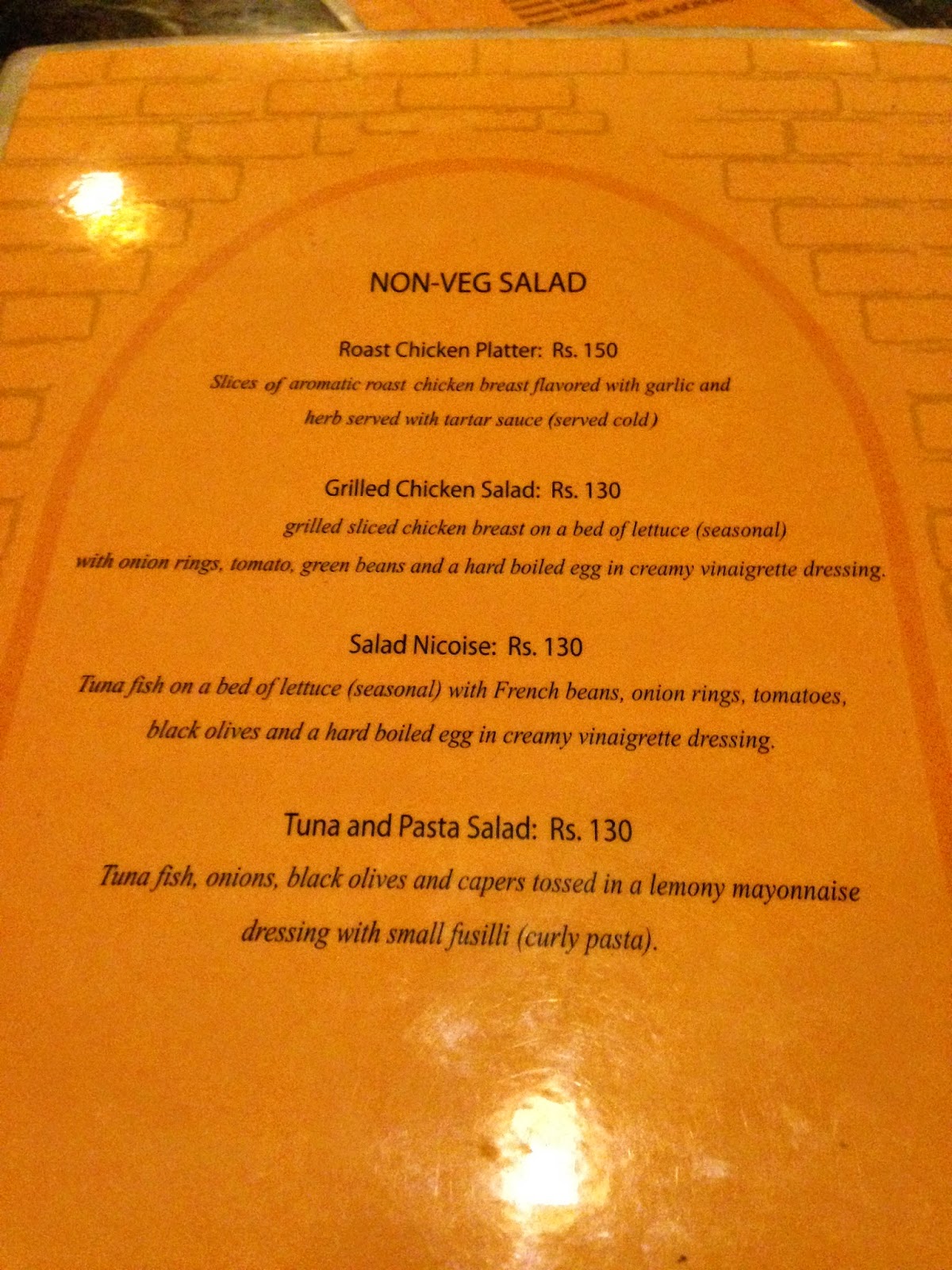 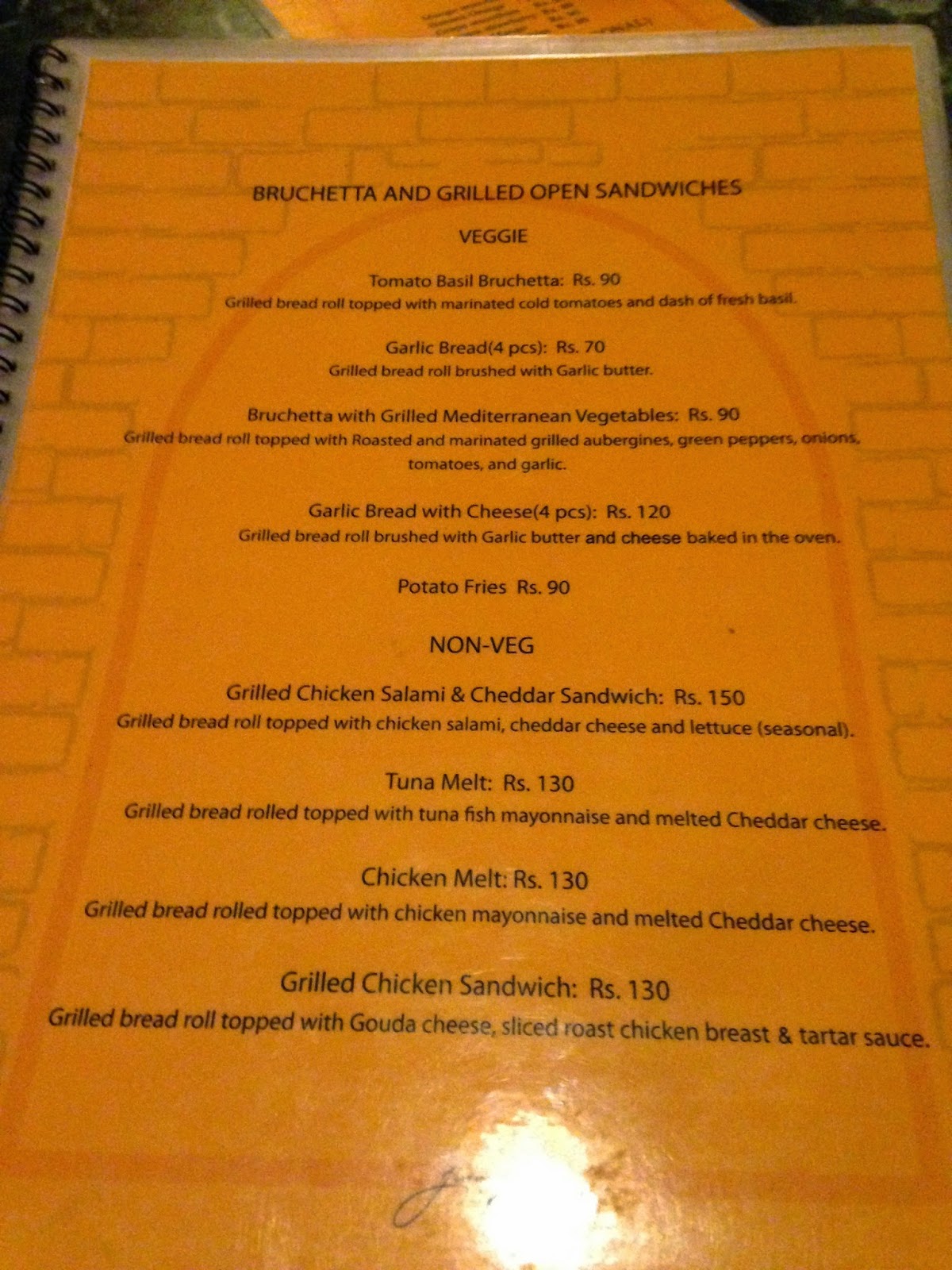 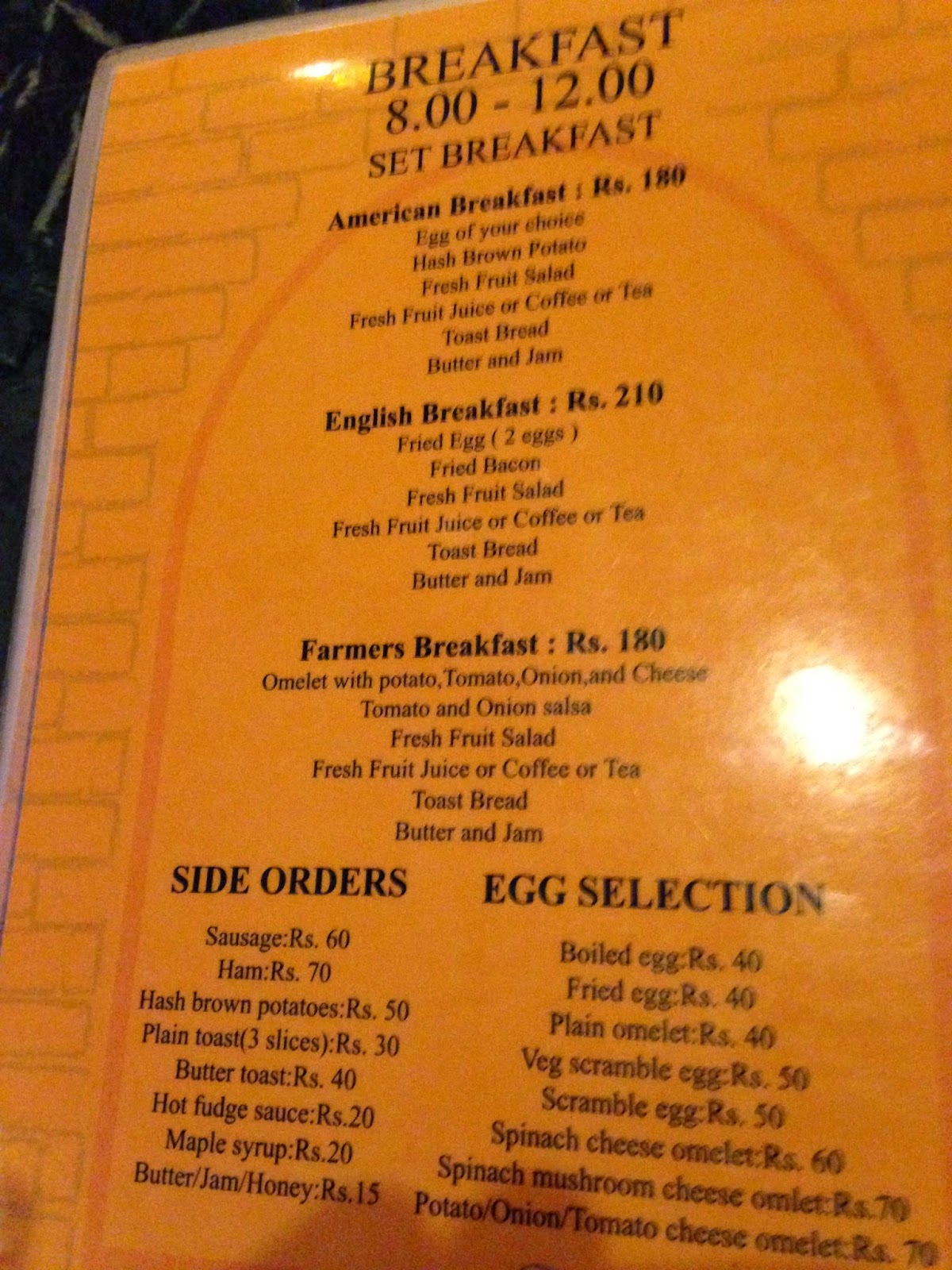 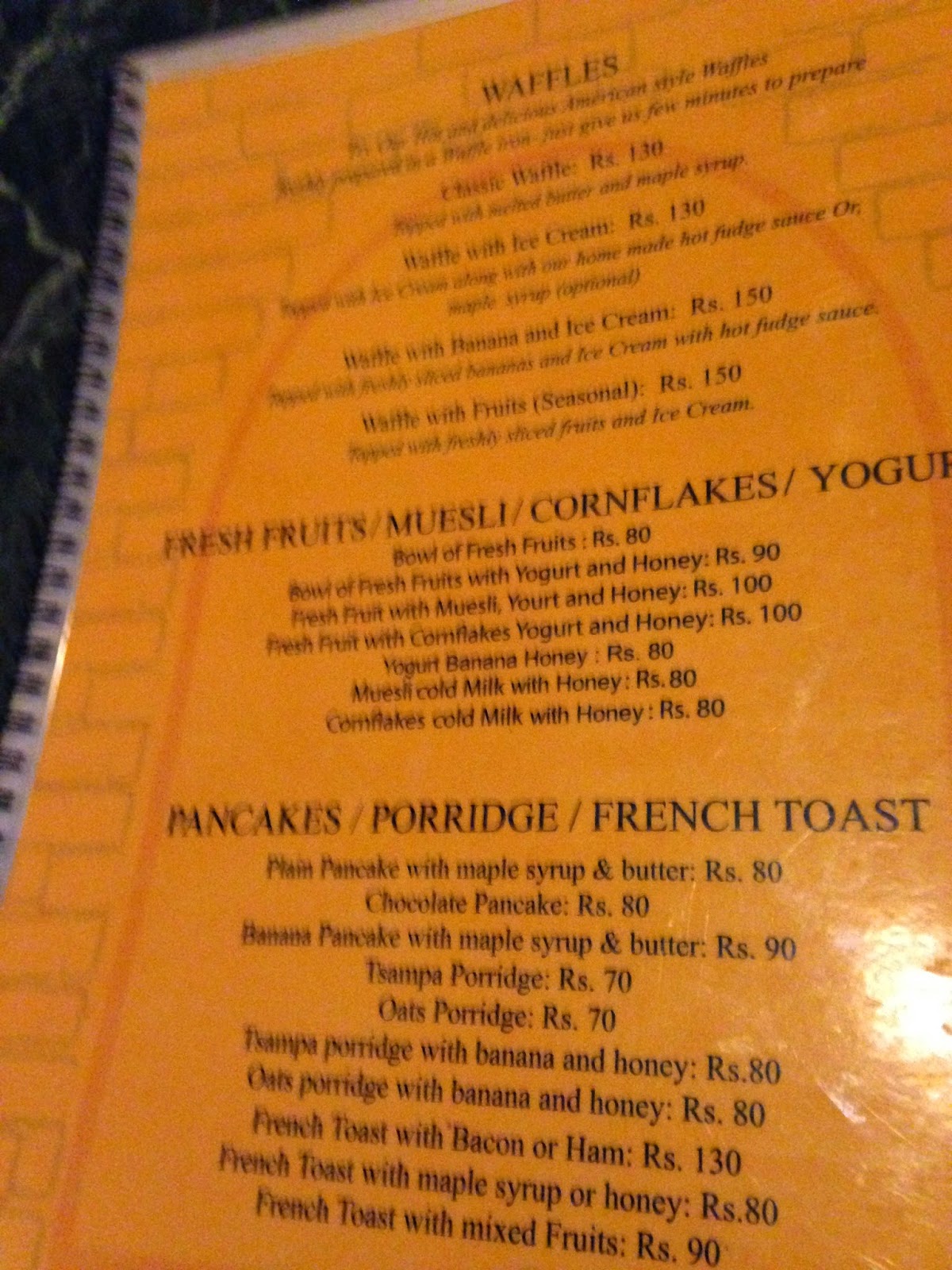 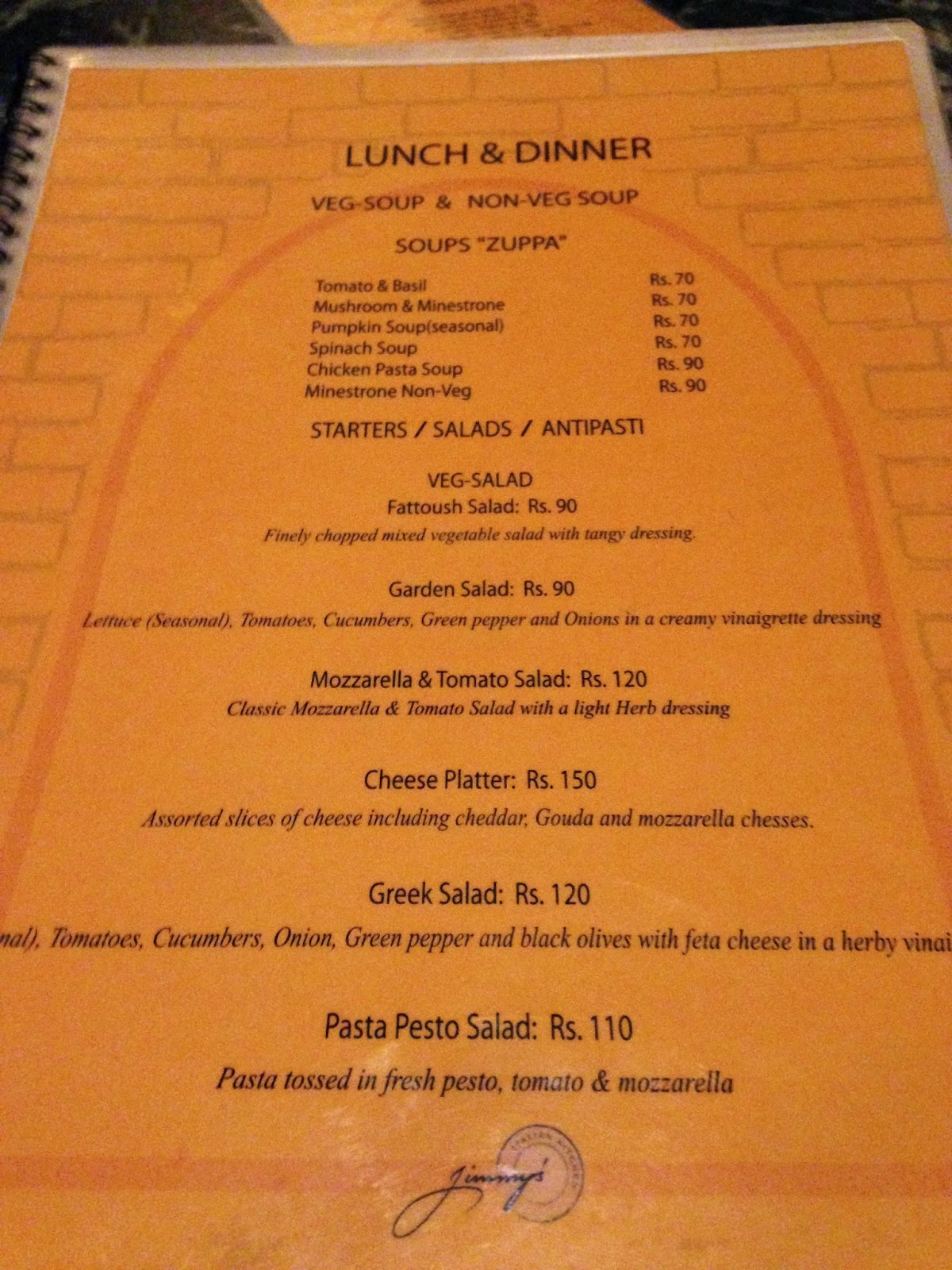 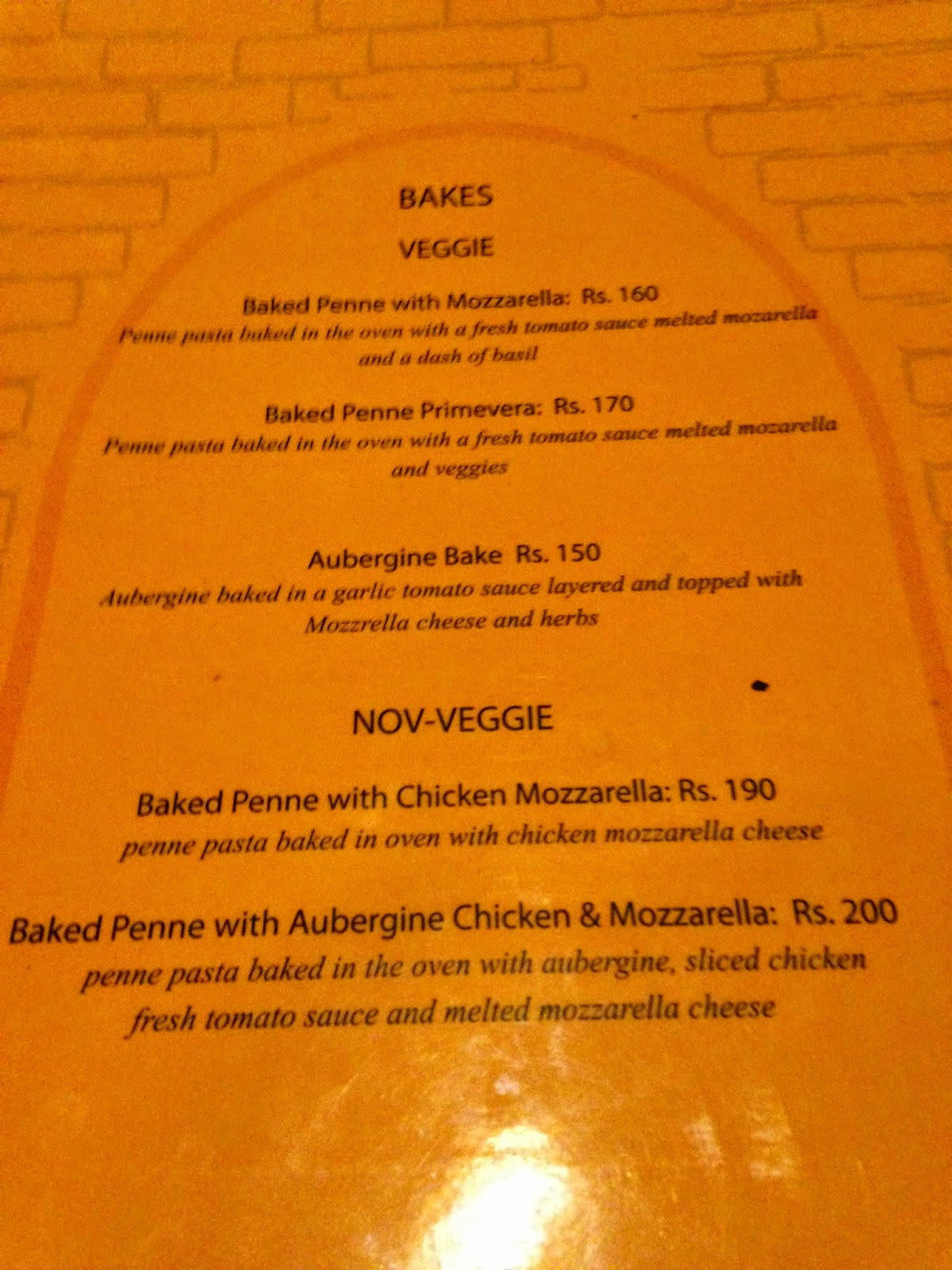 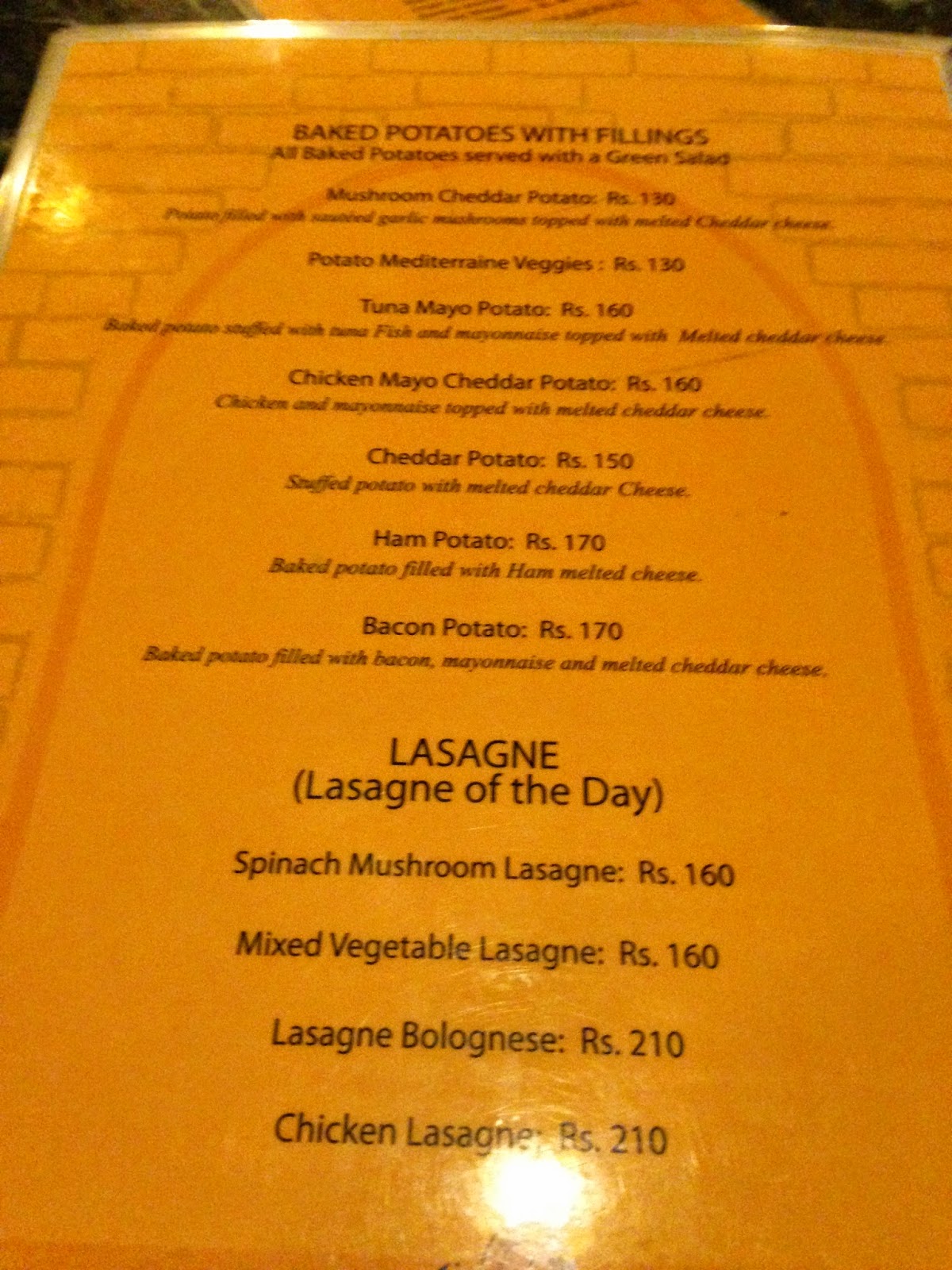 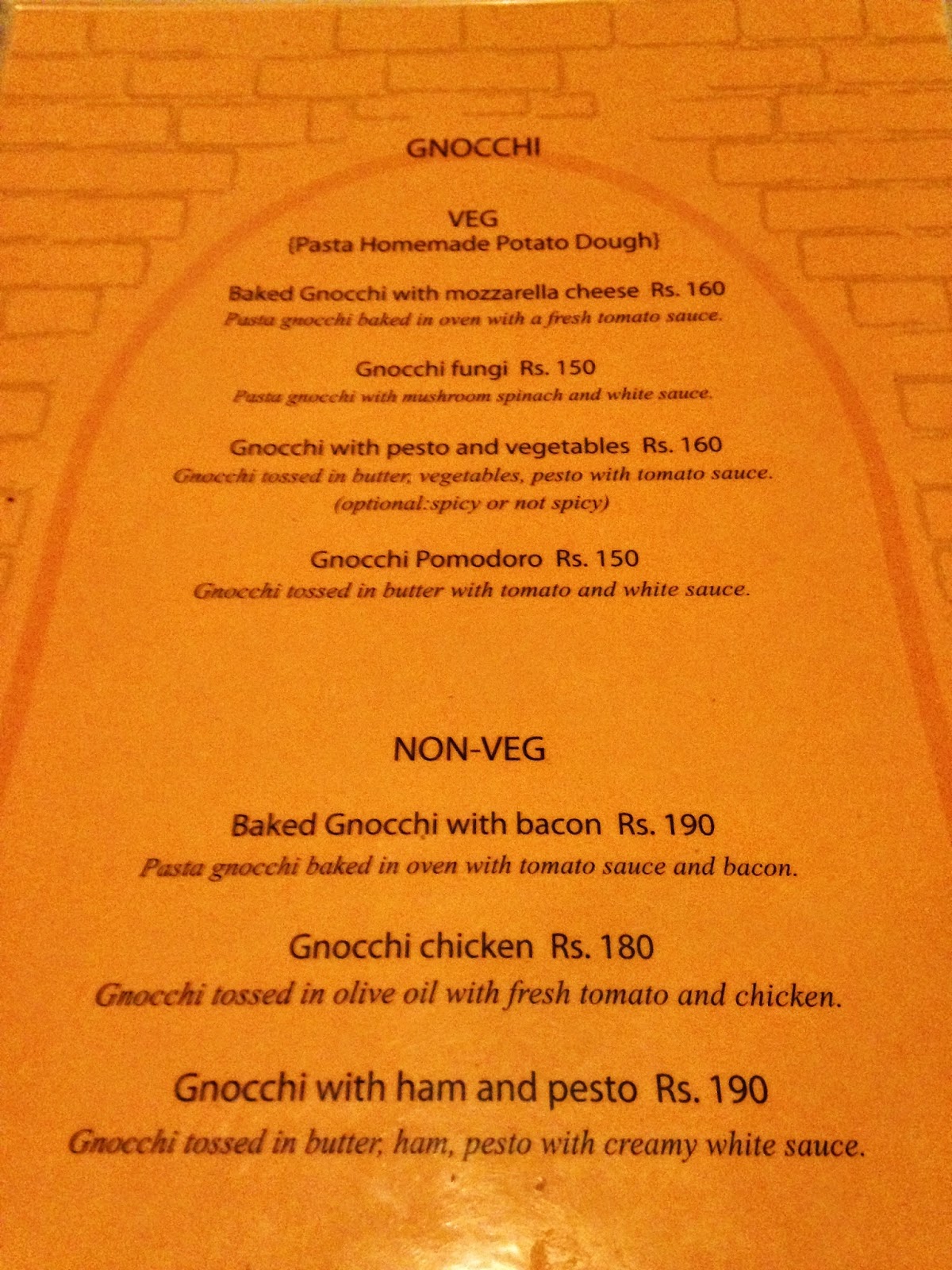 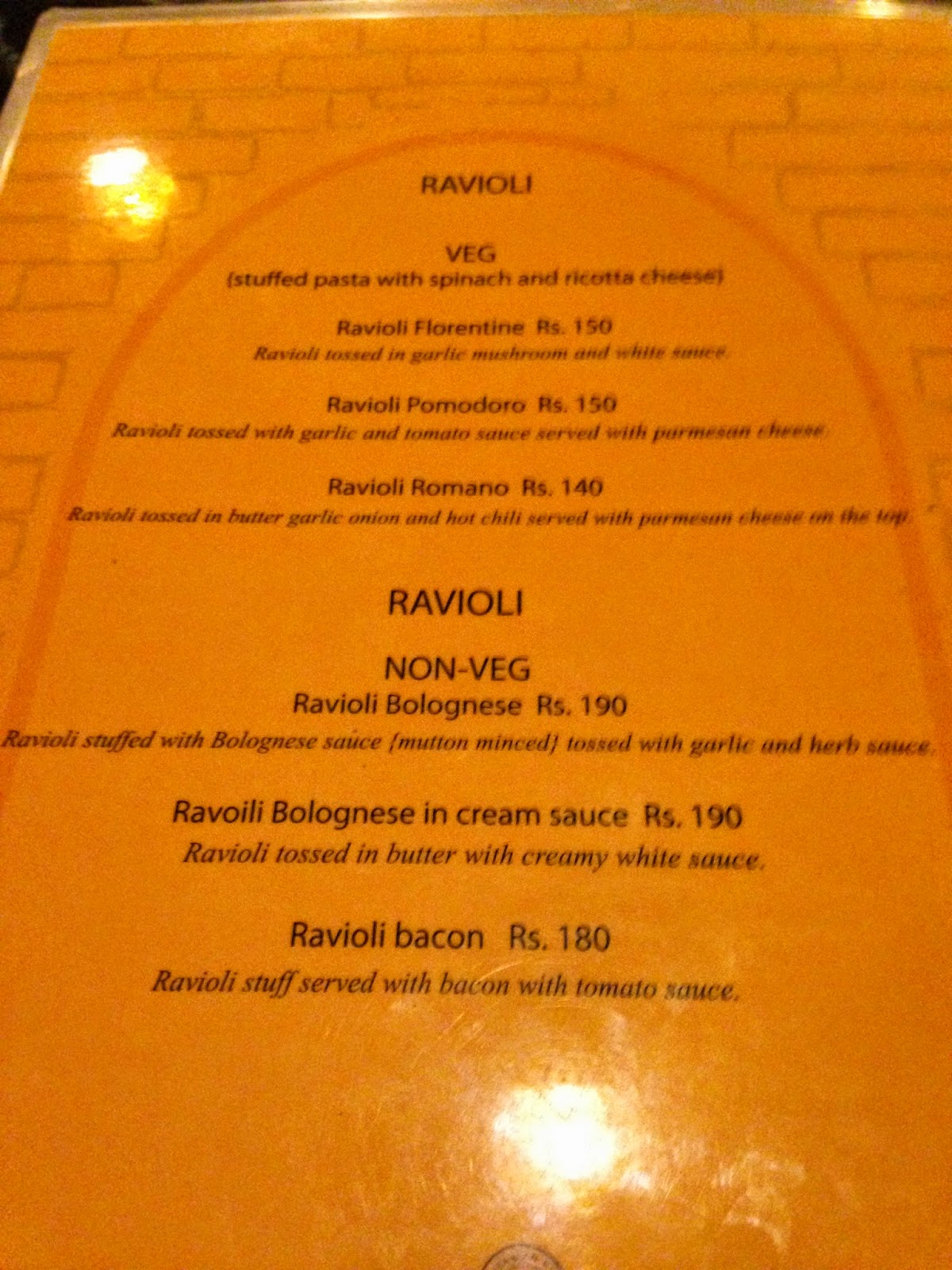 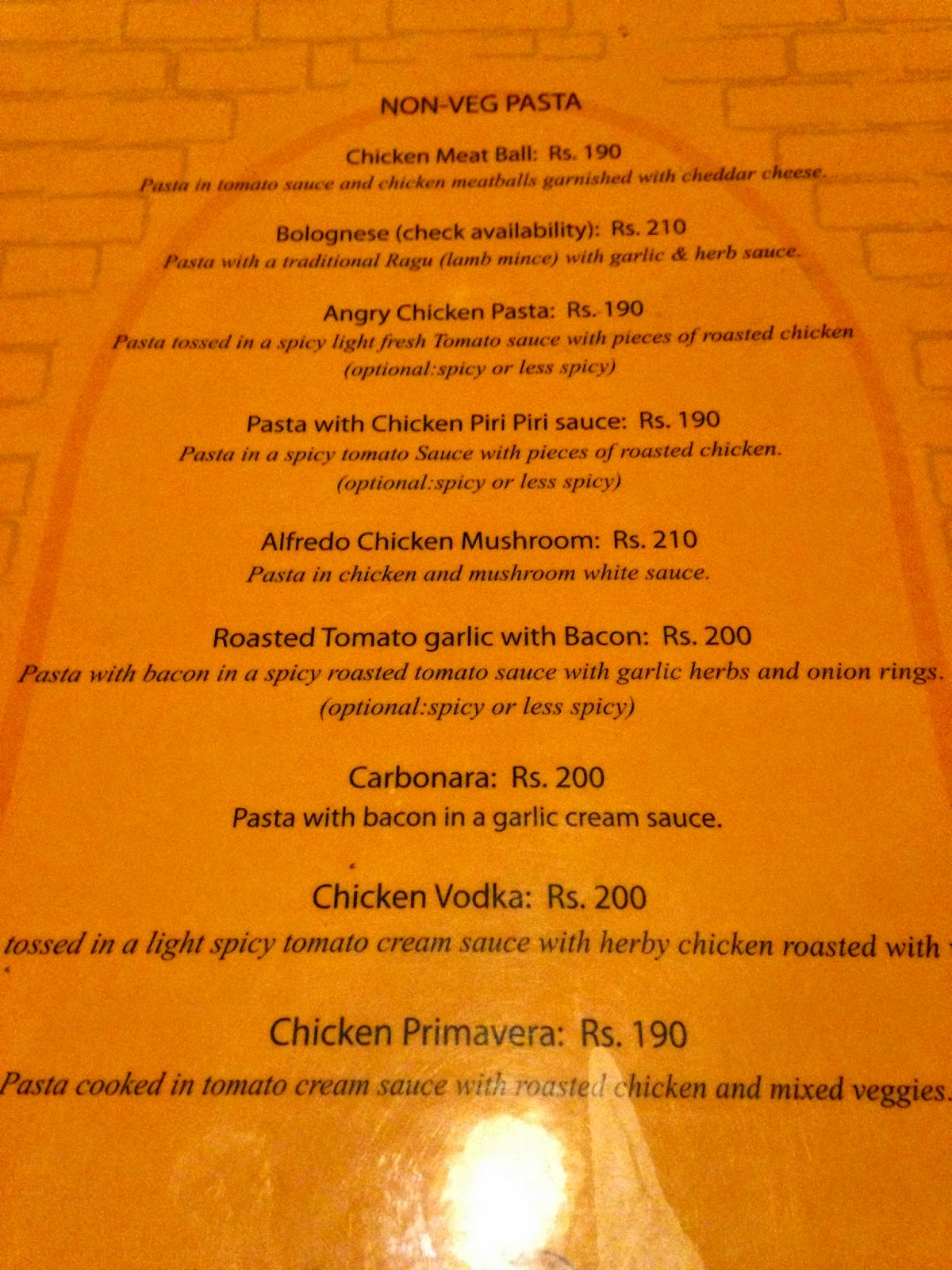 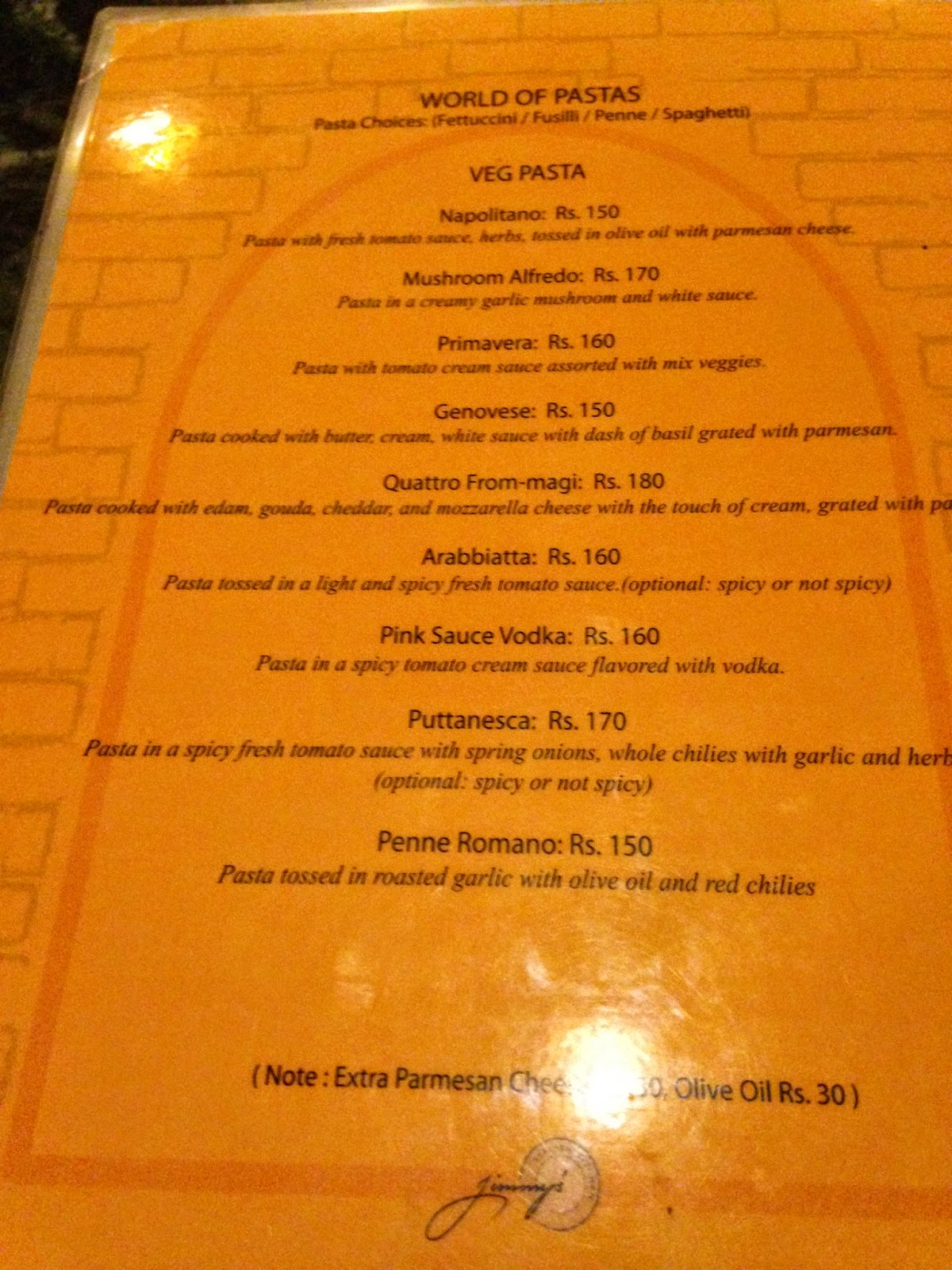 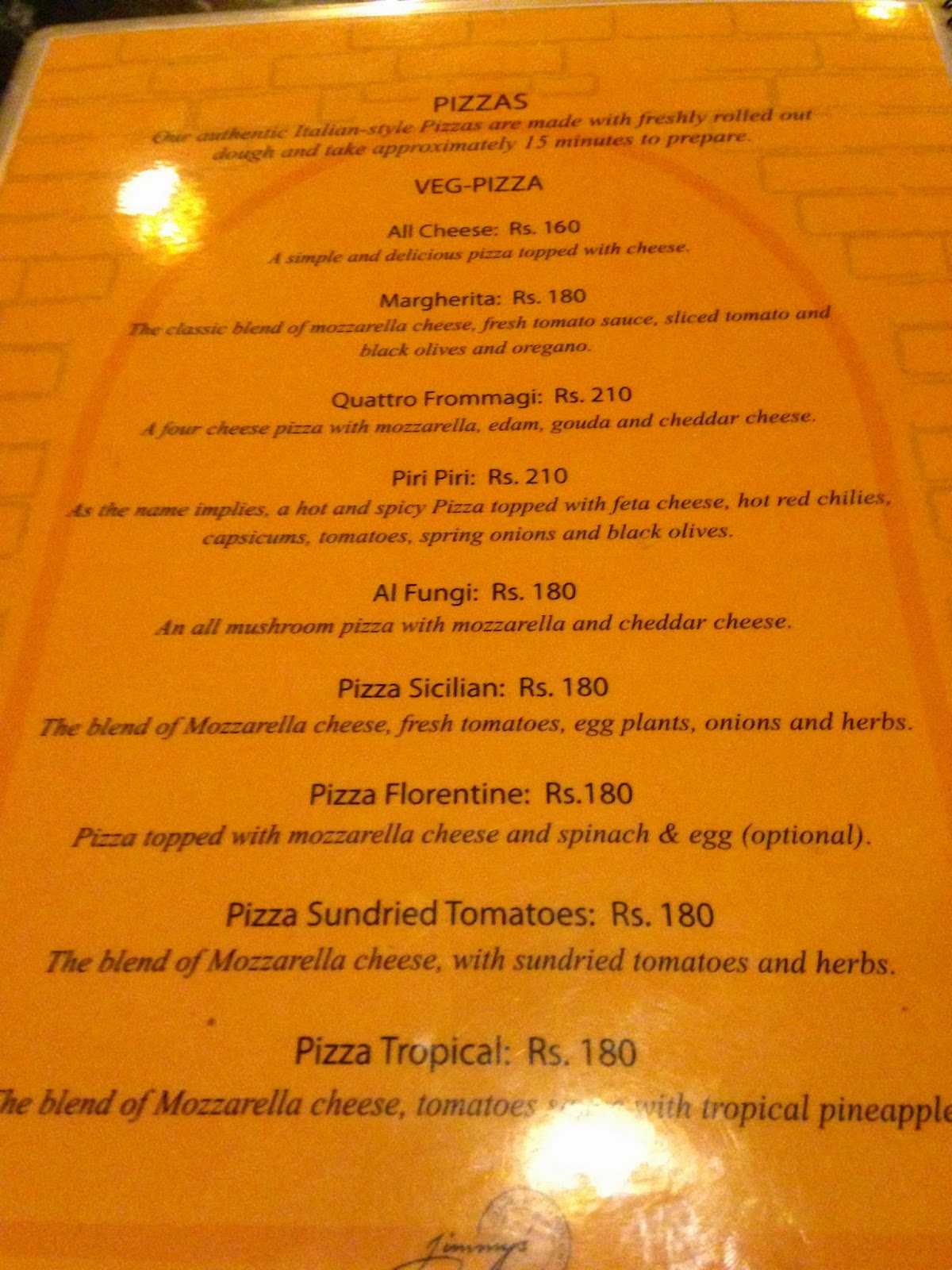 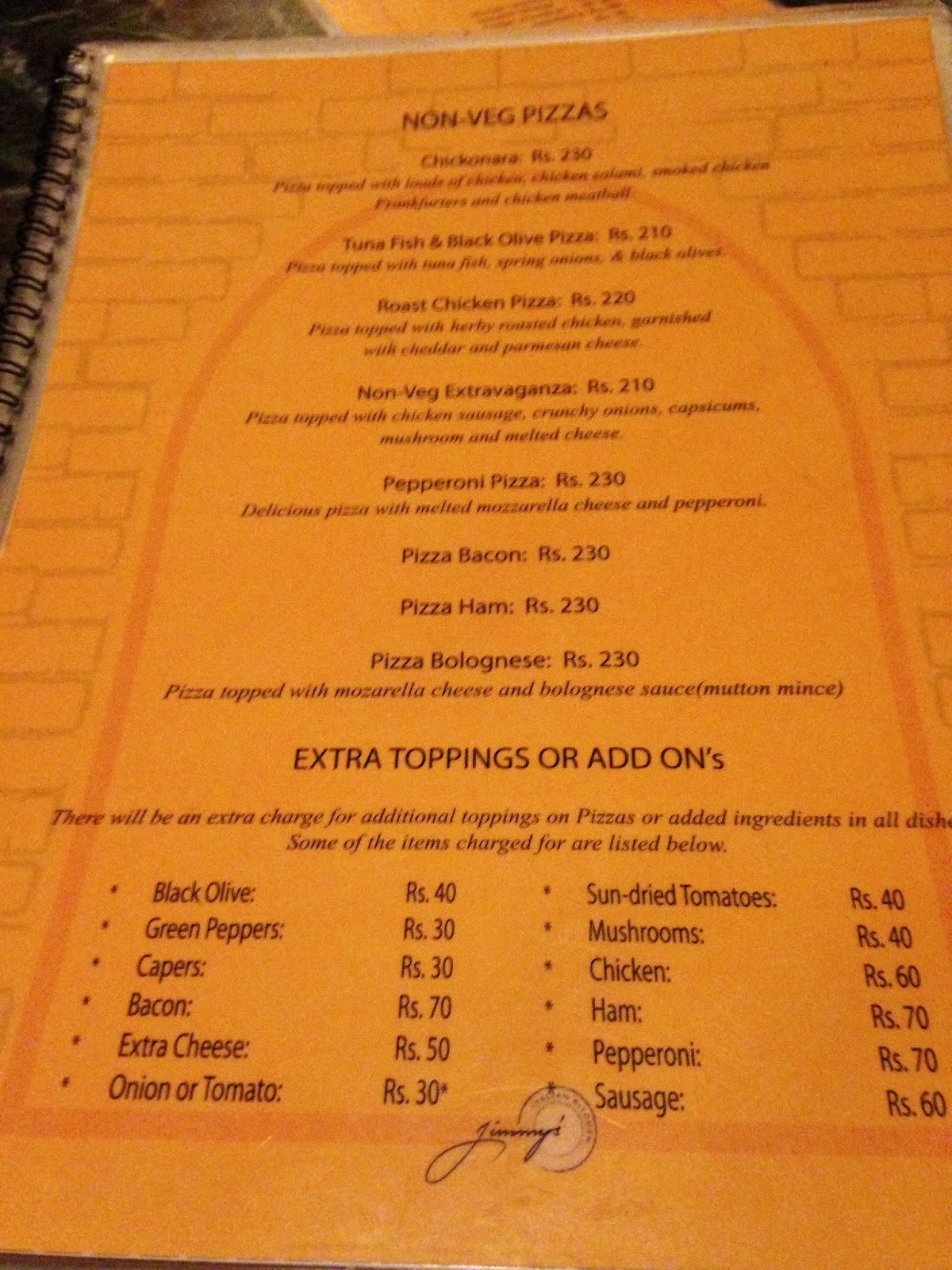 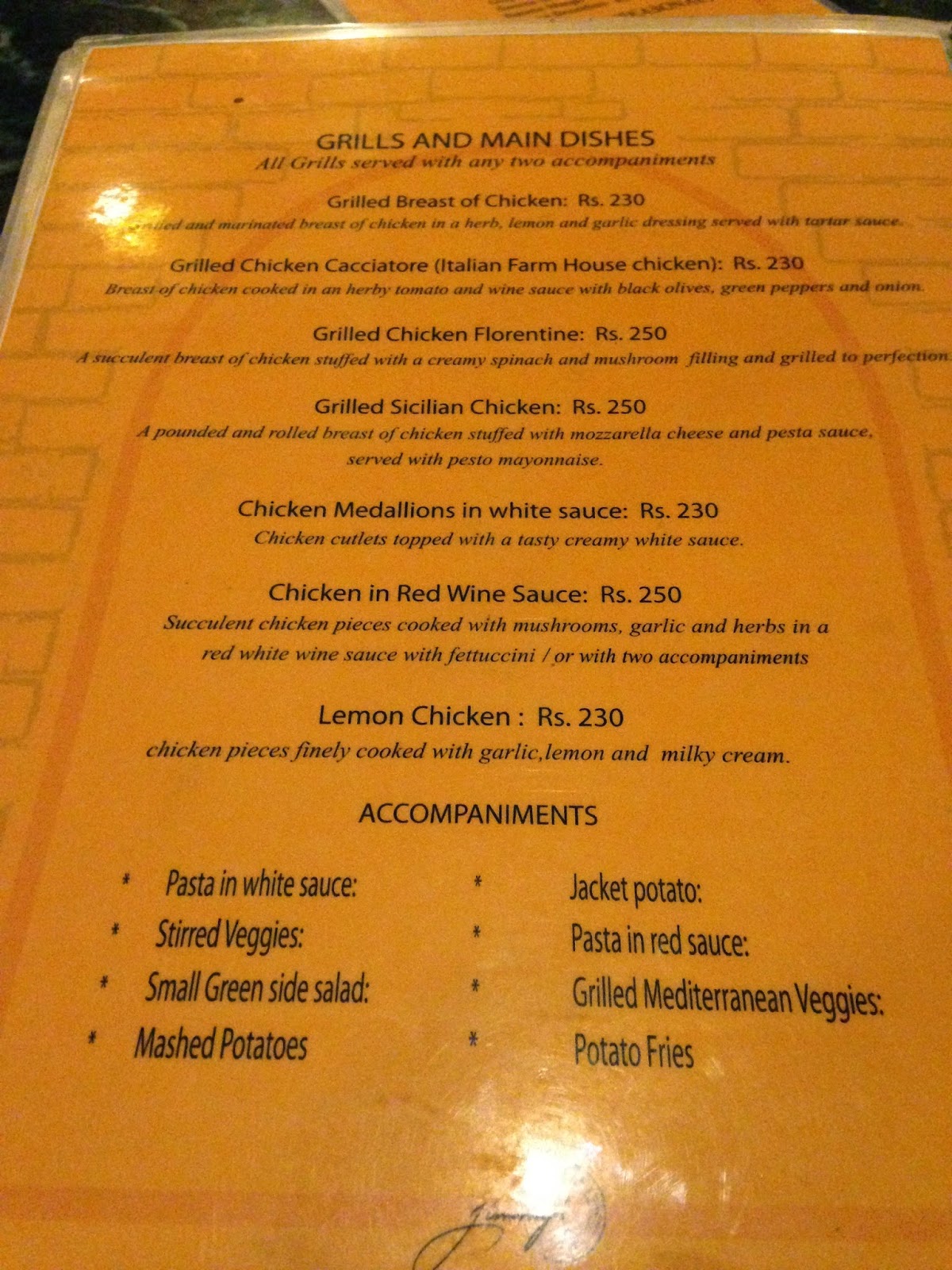 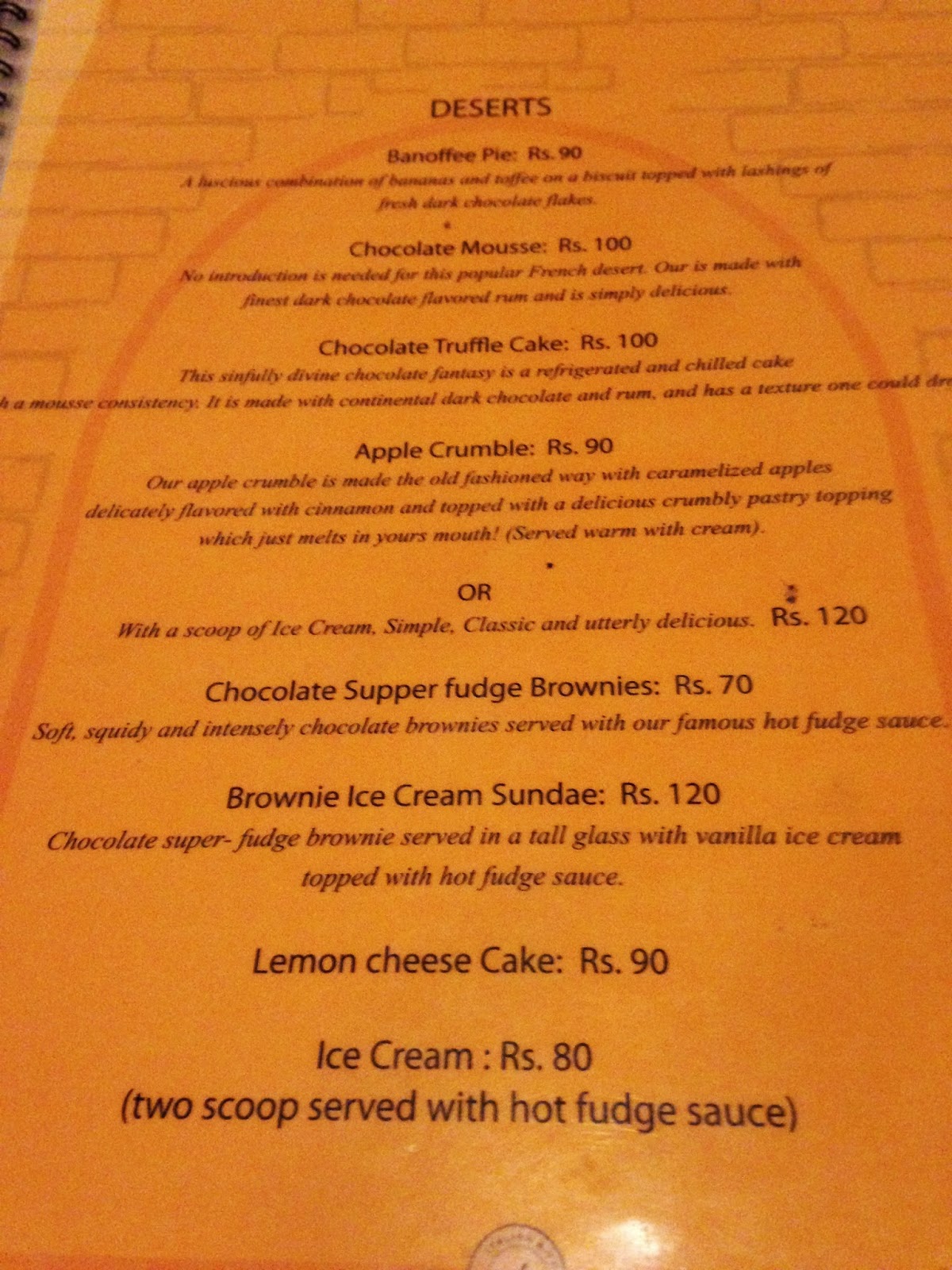 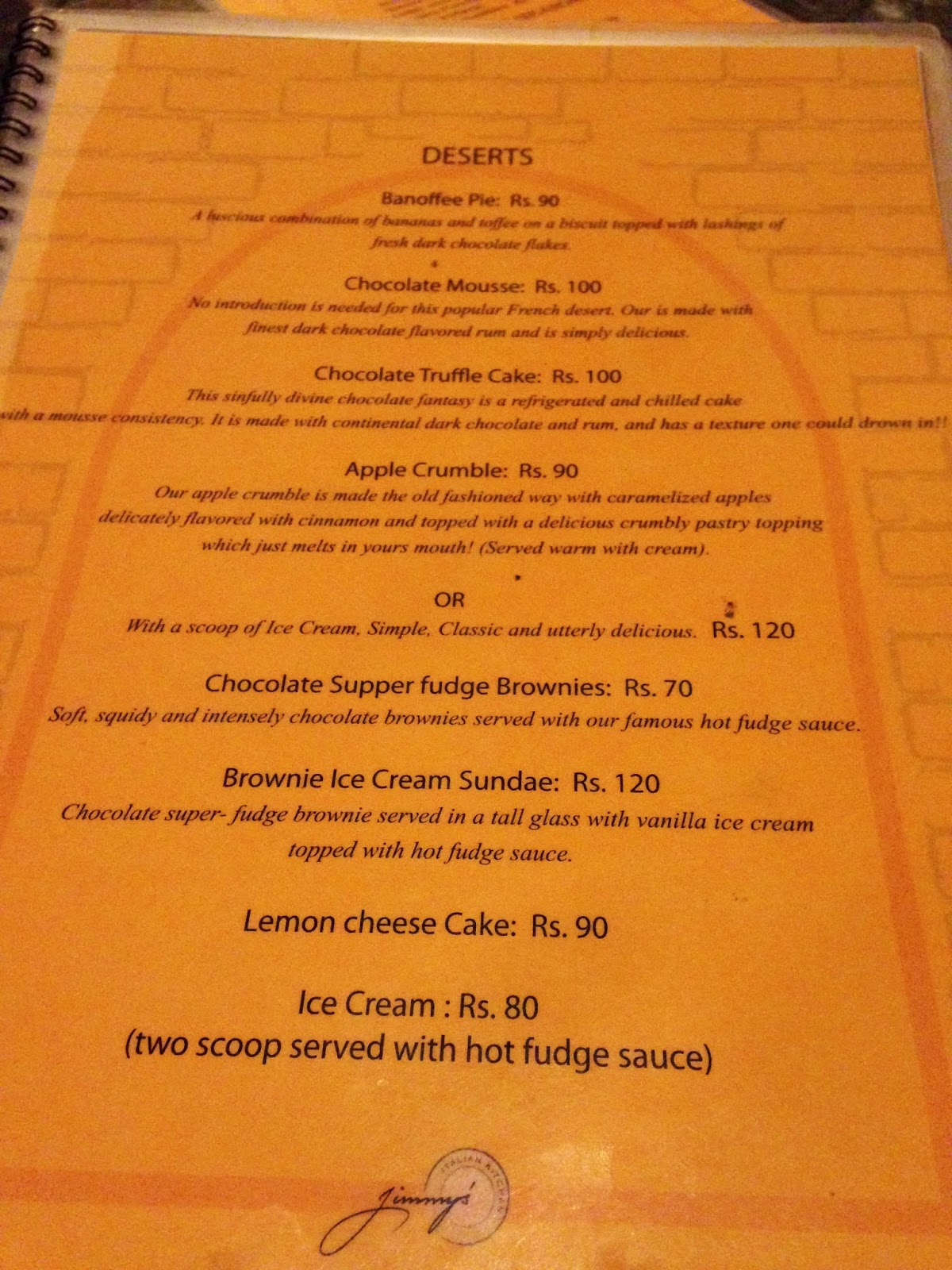 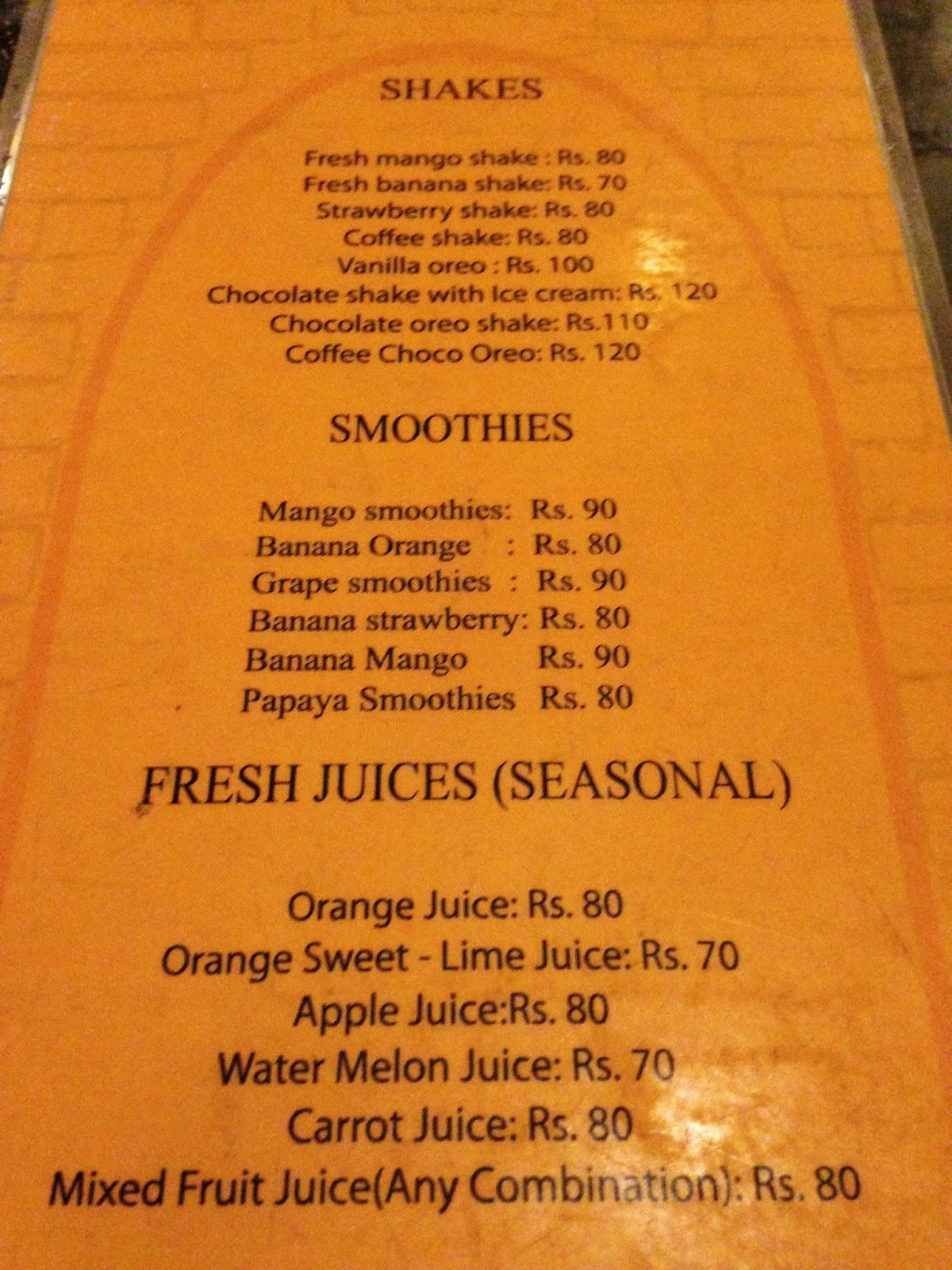 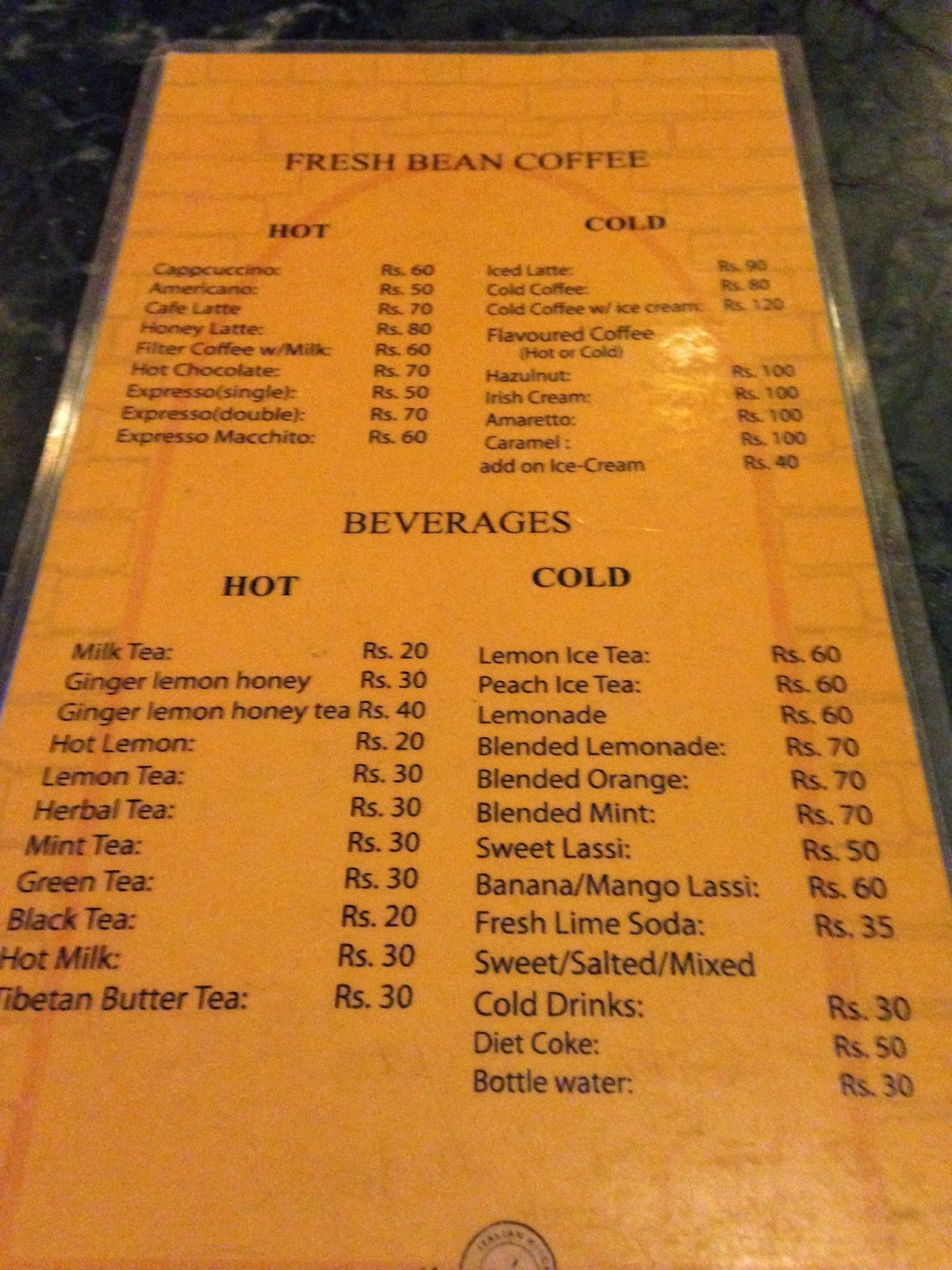