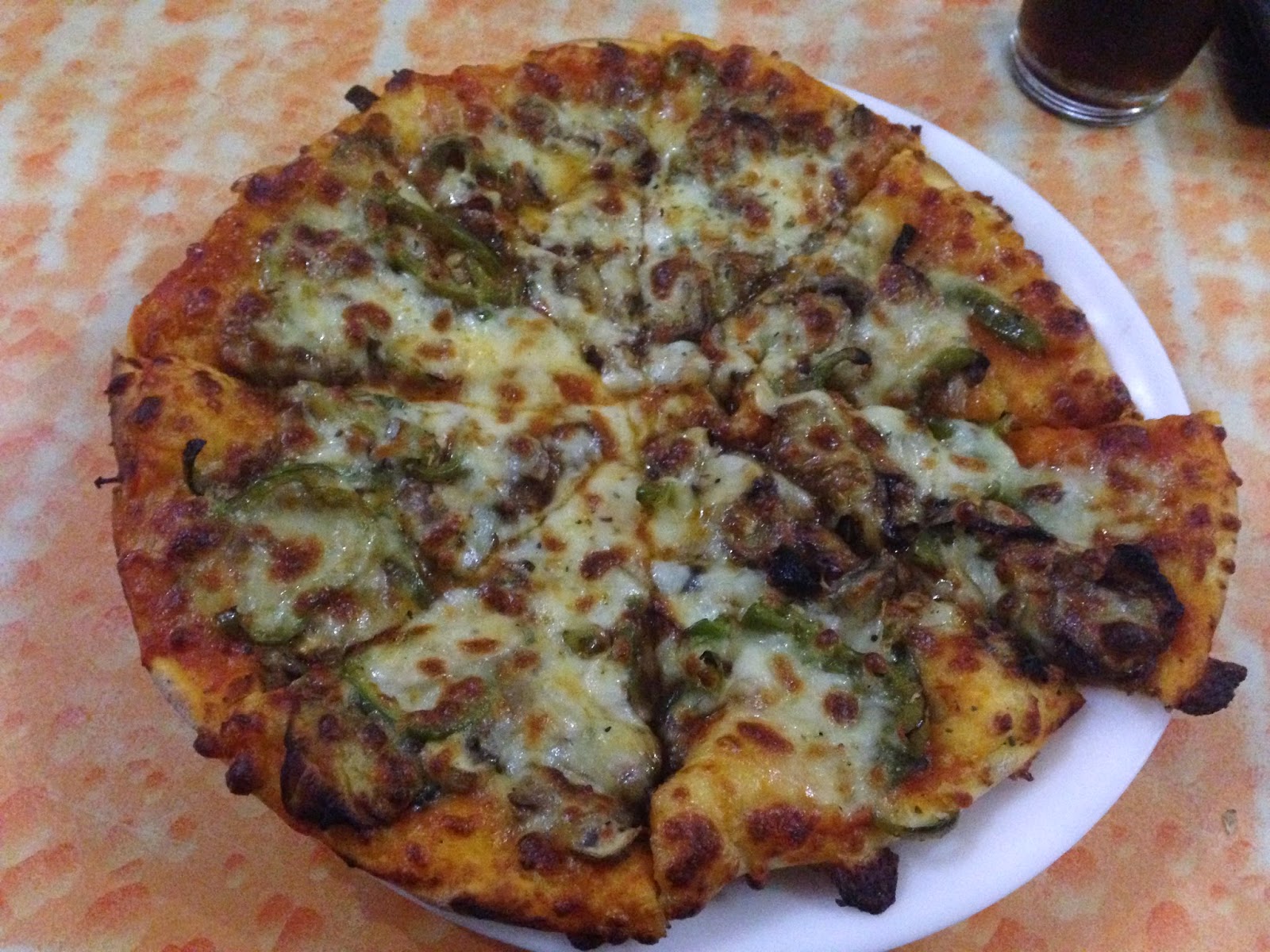 I stumbled upon Nick's my first night in McLeod Ganj. The restaurant is situated in the Kunga Guest House less than 100 meters from the main square (going east) and has a large terrace overlooking the valley below with views of the Himalayan foothills.

I saw a young woman with a pizza that looked pretty darn good, so I ordered the vegetarian combo (bell peppers, mushrooms, onion, etc - 175 rupee - $2.85), a diet coke (40 rupee - 65 cents), and a liter of bottled water (25 rupee - 40 cents). Their desserts looked tempting and are apparently a specialty, so I completed my meal with a piece of lemon cheesecake.

The pizza crust was very good, not too thick, not too thin, crispy not burnt, but it became a little soggy (not too bad) from the liquid of one or more ingredients. The flavor of the pizza was bland and did not taste Italian, missing oregano and/or basil with an added spice I could not put my finger (or tongue for that matter) on. It was filling and tasted "OK", but was disappointing after having looked so tempting.

The lemon cheesecake, although well done, did not taste like any cheesecake I have ever had in the US. It was thin and also somewhat bland, with little lemon taste or cheesiness. It was also "OK", but not something I would order again as I am a cheesecake lover. 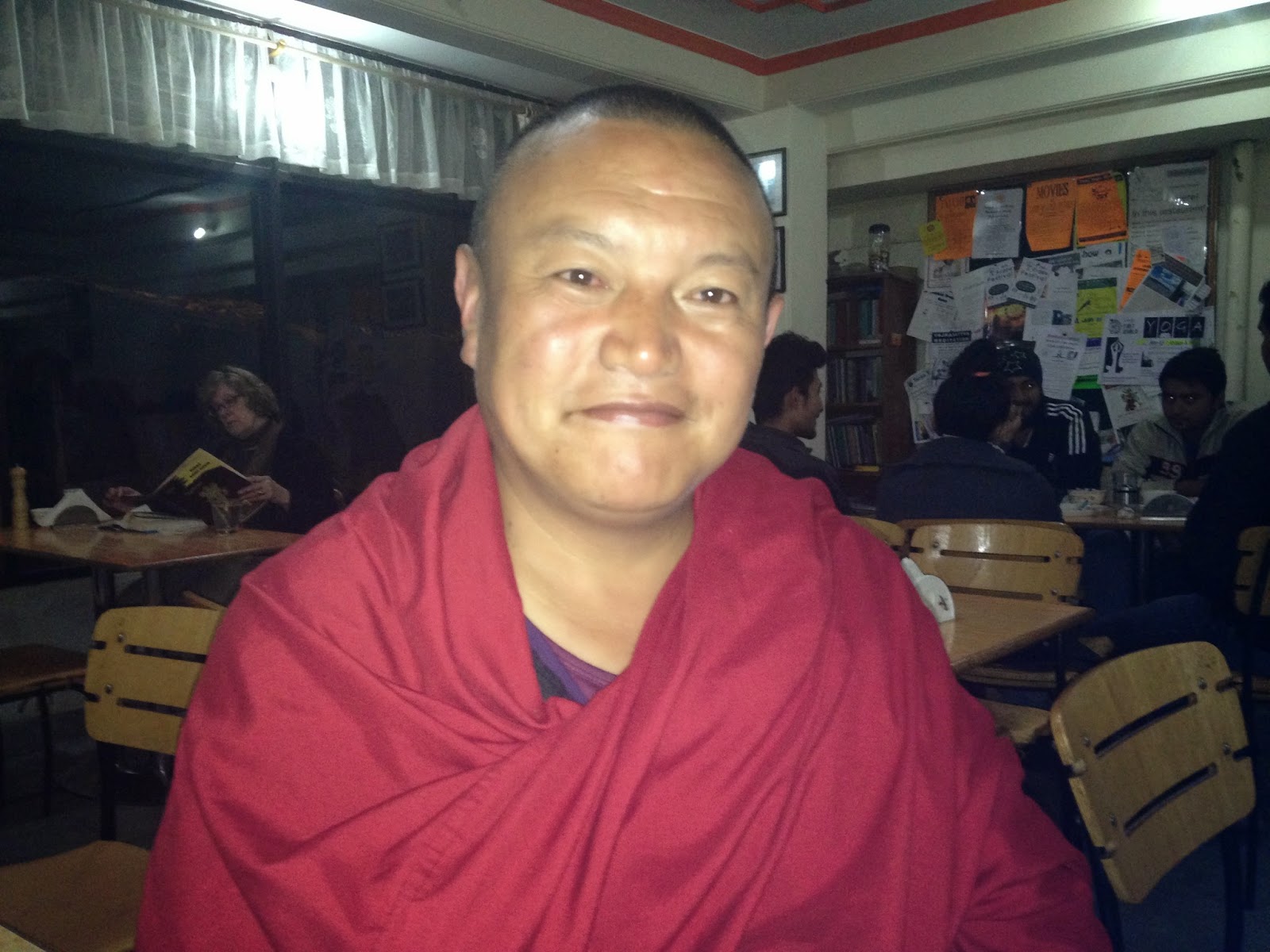 The highlight of the evening was Bargdo, a Buddhist monk from Tibet I was fortunate enough to have dinner with on this, my first evening in Dharamsala. He had been imprisoned by the Chinese in 1988 for protesting in Lhasa in favor of the Dalai Lama and a free Tibet and tortured for 4 years before the Dalai Lama arranged (paid the Chinese) for his release.

Bargdo has not seen his family in close to 25 years and has only spoken to them twice in that time, not being allowed to phone, write, or otherwise communicate with his parents, siblings, and extended family still in Chinese controlled Tibet.

He has written 14 books and traveled the world speaking on the Tibetan dilemma, having met heads of state and countless celebrities. He is an extremely happy and jovial person, considering his extremely difficult experiences, and was a delight to spend the evening with.