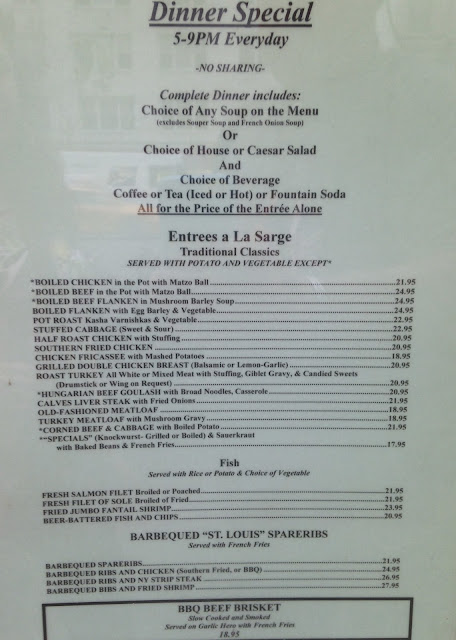 We arrived at Sarge's a little after 6pm on Monday, May 30th, 2016 which happened to be Memorial Day. Many places around Manhattan were giving military ID holders freebies on Memorial Day out of gratitude for our service, a nice and much appreciated touch. So when I read the menu in Sarge's window (see photo above) and it said: "Dinner Special (5-9PM Everyday): Choice of Soup or Salad And Beverage (Coffee, Tea, Or Fountain Drink) - All For The Price Of The Entrée Alone", we decided to go in. After being seated, I asked our server (see photo below) about the special because I was contemplating ordering the meatloaf entree ($18.95). She told me: "It's Memorial Day, the offer isn't good on holidays". Rather than go outside and recheck the menu, I believed her, assuming I had misread the offer, ordering the meatloaf anyway. After paying the bill, I went outside and snapped a picture of the menu in question (see menu photo), proving that I was not hallucinating because it states: "5-9PM EVERYDAY" and "every day" means Monday-Friday, Saturday and Sunday, AND HOLIDAYS. 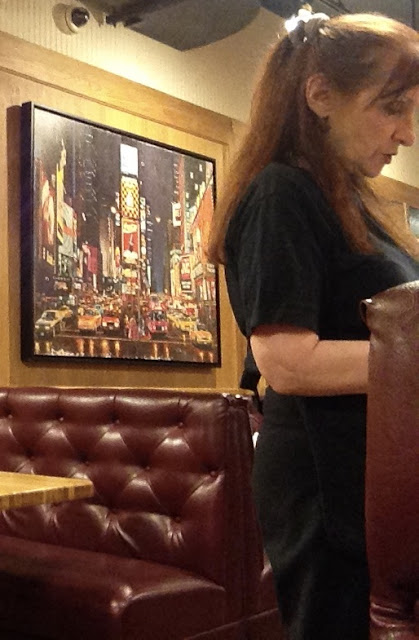 The meatloaf was massive and "OK", my wife's French Dip ($18.95) was expensive, but "decent", and the cheesecake ($6.95) large and "delicious", but our server's deception left a bad taste in my mouth. I could really care less about getting a free $7 soup or salad and a $2 beverage included with my meal (even though my blog is called "TravelValue"), but it is the principle and an inherent lack of integrity on the part of our server that spoiled this meal. 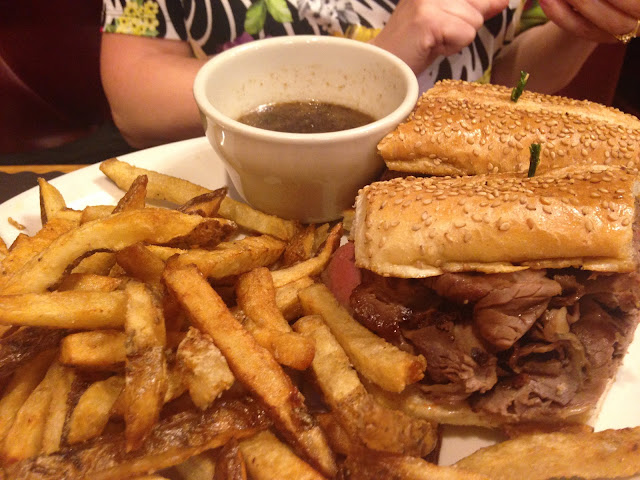 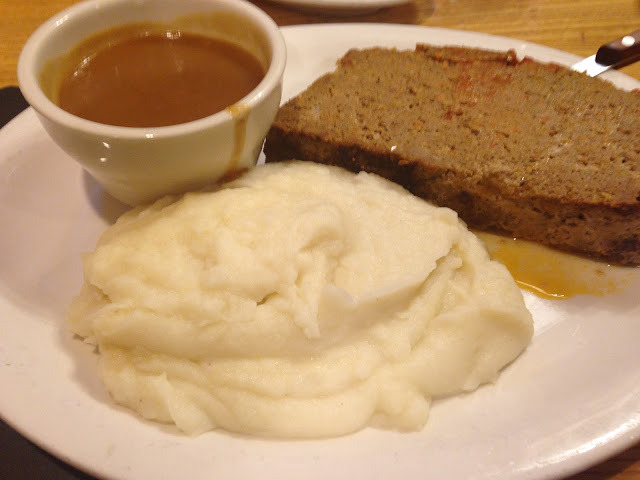 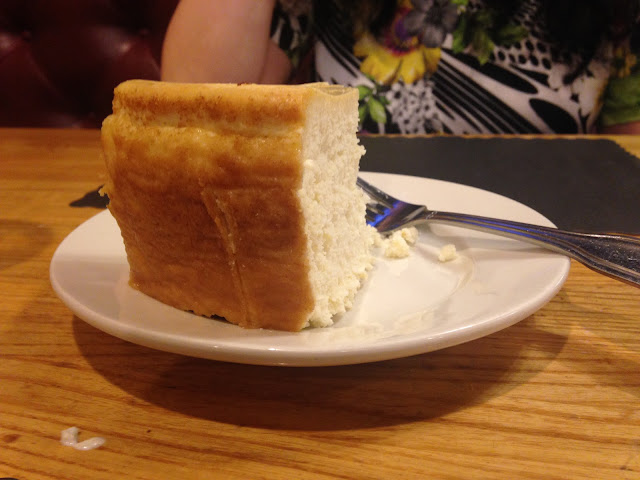 Beside the deception, her service was "abrupt" (it is a NYC kosher deli after all), but efficient and I gave her a 20% tip, something I regretted after reading the "Dinner Special" verbiage for the second time. I do not make a habit of rewarding liars. Deceptive waitress aside, they probably would have received 5 or 6 Bombs Out Of 10, but like our founding father George Washington, I cannot tell a lie ...

CombatCritic Gives Sarge's Deli 1 Bomb Out Of 10 And A Spot On My WALL OF SHAME ... More Bombs Are Better! 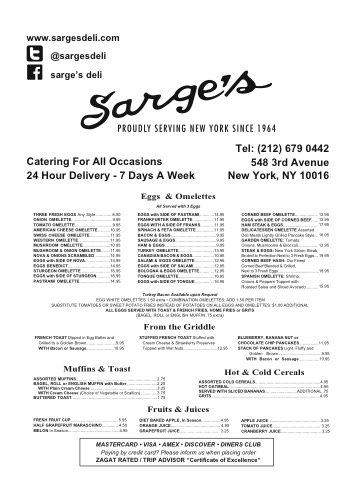 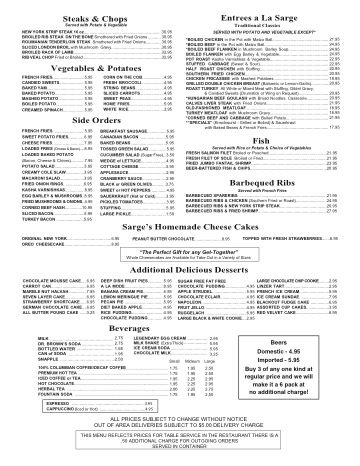 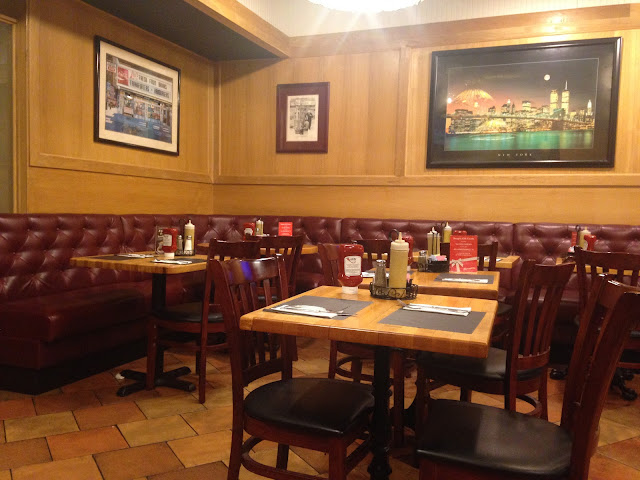 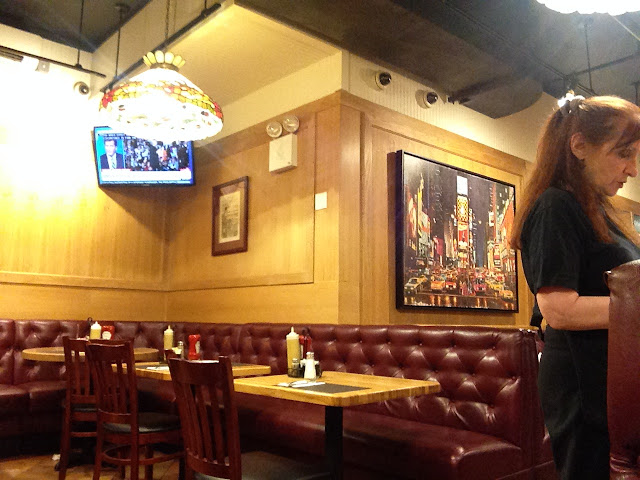 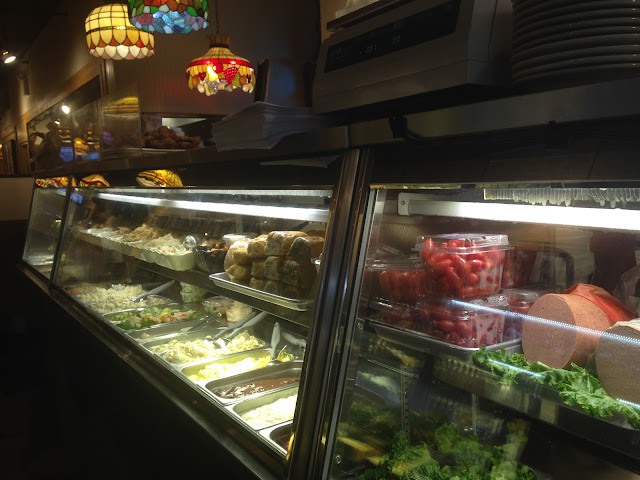 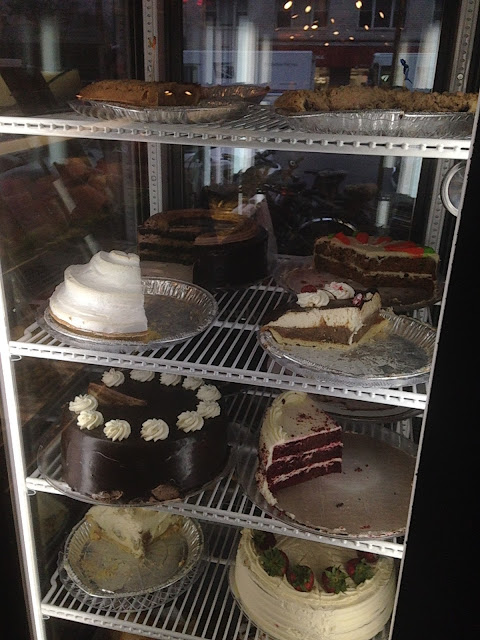 Translation for Civilians: FUBAR = "Fucked Up Beyond All Repair"
Author: CombatCritic at 7:50:00 AM