Brooklyn, NY: It's The Little Things That Leave A Bad Taste In Your Mouth

As Roseanne Roseannadanna always said, "It's always something, if it's not one thing, it's another" ....

It is the little things that stand out in your mind, good or bad, that shade your opinion of a place. In Hamilton's case, it was a mere 50¢. More on that later. 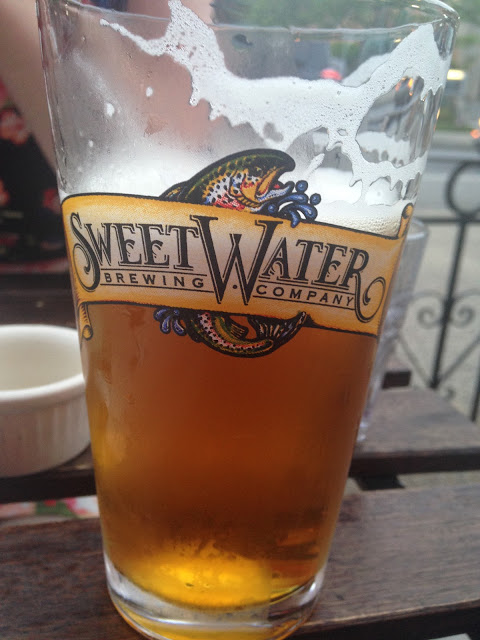 We sat outside after being seated for 10 minutes before a server arrived to greet us, but when she did, I ordered a Bell's Two Hearted IPA , but all the drafts are $6-$7, MUCH LESS than most places in the NYC metro and they have a GREAT SELECTION. I had to hunt down another server because ours was nowhere to be found, ordering a Smuttynose Old Brown Dog (also $6 on the menu), but after another 10 minutes our food had arrived and still no Smuttynose, so I reminded our server. It arrived 5 minutes later while my dinner cooled whether it needed to or not. 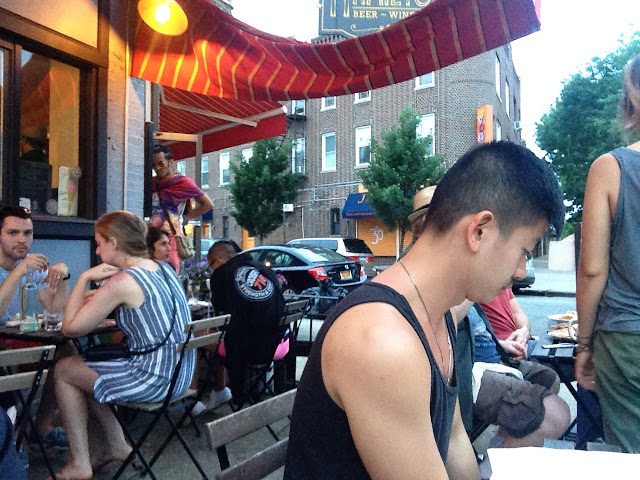 My wife ordered the large Salty Pretzel ($4) and a Mac and Cheese appetizer ($8). The Mac and Cheese arrived with my sandwich, but we had to remind the server about her pretzel which took an additional 5 minutes to arrive. The pretzel was good, but it was hot from the oven and too crunchy, not warm, soft, and chewy as a good pretzel should be. The mac and cheese was tasty and a decent size portion for an appetizer. 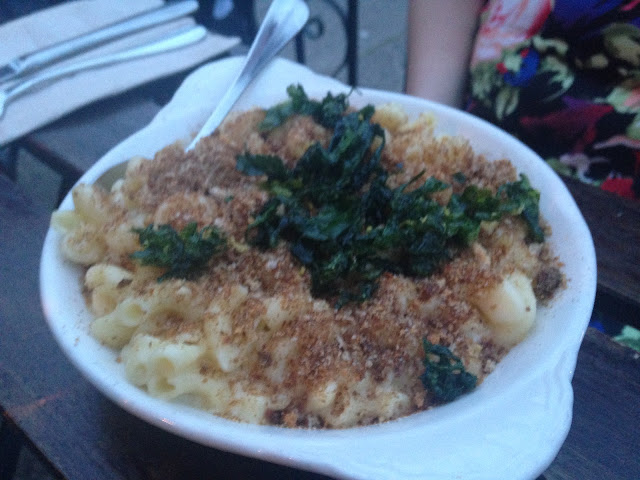 My Reuben Sandwich ($15) was piled high with "house made corned beef", sauerkraut, Swiss cheese, and thousand island dressing. It was very good overall, but the house made corned beef had a slightly strange aftertaste which I could not quite put my finger on, or my tongue in this case. The accompanying potato wedges were scarce, but decent, nothing special. 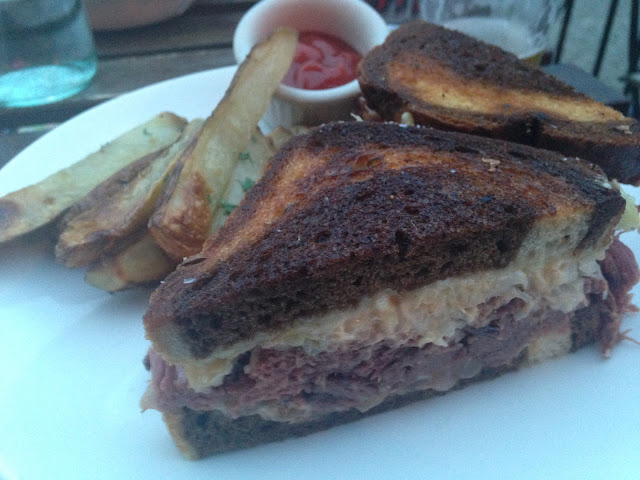 When the check arrived, I have to admit that it was one of the smallest totals we have seen since arriving in NYC, but the Smuttynose was listed at $7 instead of the $6 stated on the menu. I called our server over, showed her the menu and the check, and asked her to make the correction to the $1 error. Those things happen. But when she came back, she had NOT deducted the $1 error, but had discounted the check by a mere 50¢! Rather than argue about the 50¢, I simply deducted it from her 20% tip along with a tad more for her inattention during our meal. After all, it is always the small things folks. 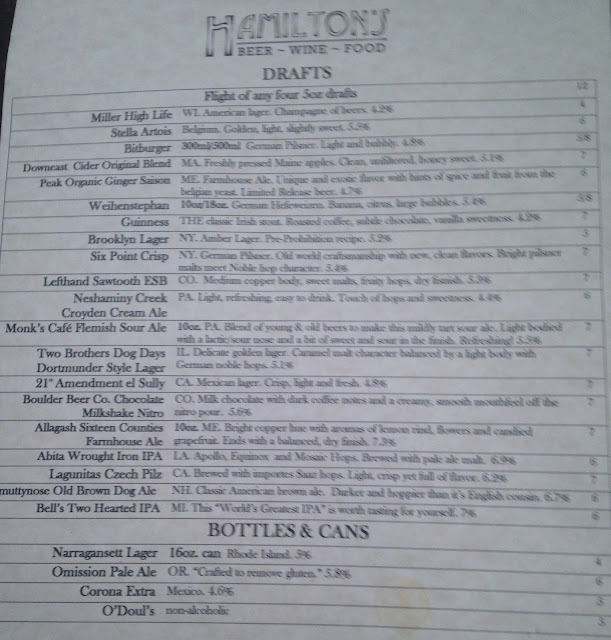 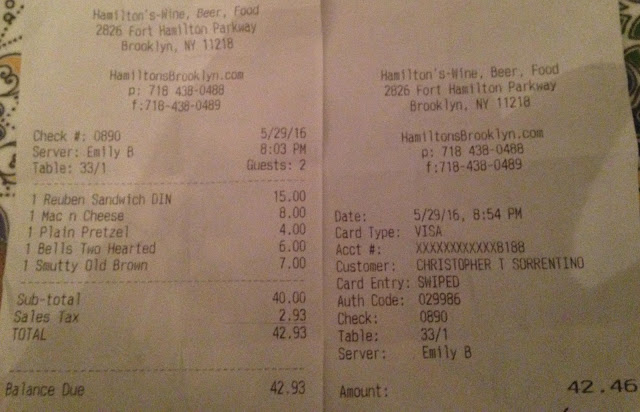 CombatCritic Gives Hamilton's 5 Bombs Out Of 10 After A 2 Bomb Service and Check Error Deduction ... More Bombs Are Better!

Title: Brooklyn, NY: It's The Little Things That Leave A Bad Taste In Your Mouth

Translation for Civilians: Charlie-Mike = "Continue Mission"
Author: CombatCritic at 9:28:00 AM