EDITORIAL: If You Claim "He's Not My President", Maybe You Are In The Wrong Country

I do not usually stray from travel and food related topics, but given the fact that the election of Donald Trump as President of the United States has caused such consternation here in the U.S. and abroad, I feel the need to address those anxieties here and now.

Many Americans are claiming that Donald J. Trump has said and done horrible things and that he did not win the popular vote, now stating "he's not my president".

Got news for you assholes ... if @realDonaldTrump isn't your #president, you're in the wrong fucking country! #POTUSTrump #LoveItOrLeaveIt
— TravelValue (@CombatCritic) January 21, 2017

I do not disagree with those that think Trump has said and done some terrible things, that is a widely known fact. However, Donald Trump won the electoral college as formed in Article II, Section 1, Clause 3 of the Constitution of the United States of America (1789) and as clarified in the Twelfth Amendment to the Constitution (1804).

If people chose to ignore the U.S. Constitution and its Amendments in this case, where does it all end? We cannot pick and choose those articles and amendments we will abide by and those we will not, so I think it's extremely arrogant and ignorant for people to say "he's not MY president". He is our president, like it or not, and the sooner people accept the reality of the situation, the sooner we can unite and start changing things for the better.

This liberal divisiveness is only hurting the country, not helping and the sooner people start acting like patriots instead of sore losers and whiners, the sooner we can heal and start solving problems like homelessness, poverty, lack of access to affordable medical care, terrorism, inadequate education and underpaid teachers, and the many other problems we face as a nation.

Has Donald Trump said and done things that I and many Americans disagree with? Yes, of course, but that doesn't change the fact that he was legitimately elected President of the United States of America and there is no doubt about that fact. Get over it and focus on making OUR nation, the nation I served 20 years to support and defend, a better, safer, and more prosperous UNITED States of America.

Do Americans have the right to complain publicly about our new president? Absolutely! Fortunately, unlike many countries around the world, the First Amendment to the Constitution of the United States of America provides for "freedom of speech" by its citizens. I served the United States of America for over 20 years, defending our right to speak freely in addition to the many other rights afforded us by the constitution and its amendments. I took this oath to "support and defend the Constitution on August 2nd, 1985:


“I ... having been appointed a second lieutenant in the United States Air Force, do solemnly swear that I will support and defend the Constitution of the United States against all enemies, foreign and domestic; that I will bear true faith and allegiance to the same; that I take this obligation freely, without any mental reservation or purpose of evasion; and that I will well and faithfully discharge the office upon which I am about to enter. So help me God.”

So, I and others may agree or disagree with the things people say and do, whether it be claiming that Donald Trump is not your president or burning the American flag, but you absolutely, and thankfully, have every right to do so.

Ask yourself, had Hillary Clinton been elected president under the same circumstances, winning the electoral college, but not the popular vote, would you still claim that she is not your president? Absolutely not. Thankfully, she was not because she has committed crimes by mishandling classified information and lied to the FBI and the United States Congress. She should have been disqualified from running for or serving in the Office of President of the United States for those reasons alone. Let me explain.

Many Americans have been prosecuted for and are serving time in prison for mishandling classified information. I held a Top Secret security clearance while serving in the military and if I had taken classified documents home or anywhere other than the safe or classified computer in which they were stored, I would have a) lost my security clearance for life; b) been discharged (fired) from the military; and c) probably served time in prison and/or been fined a substantially large sum.

Hillary Clinton, on the other hand, kept Top Secret information on a private "unclassified" and unsecure server at her residence as well as her mobile device without the proper authorization or necessary firewalls. She also sent classified information through her personal and unsecure email account over unsecure networks and systems. What ramifications were there for these extremely serious security breaches and potential leaking of Top Secret information to our adversaries as well as lying under oath? Nothing! A slap on the hand! I find it unbelievable that she was even allowed to run for the highest office in the land, requiring the very highest security clearance available and with access to the most sensitive information in the world.

What has Trump done?

So, based on those debacles, Donald Trump is now a woman, hater and racist and half the country is freaking out, crying in public, offering and needing intensive therapy, and making ridiculous statements like "he is not my president". Did he say and do some stupid things? Yes, absolutely. Did he do anything illegal, prohibiting him from holding a security clearance or being elected president? Absolutely not.

So get over it folks. Donald Trump is OUR duly and legally elected president. If you do not like it and refuse to acknowledge him as our legitimate president, then move to Russia, China, Iran, Somalia, Singapore, North Korea, Venezuela, Saudi Arabia or any of the other dozens of countries that do not permit free speech, jailing, flogging or killing those that do. I will very happy to start a Kickstarter campaign in your name, chip in, and buy you a ticket wherever the hell you want to go. Bon voyage! 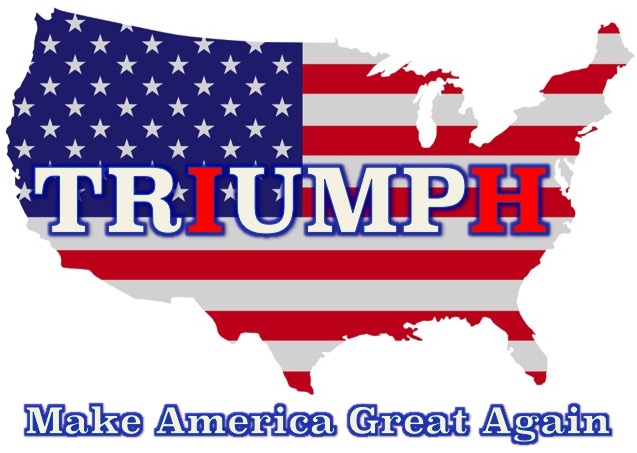 Title: EDITORIAL: If You Claim "He's Not My President", Maybe You Are In The Wrong Country