Travel Tech: Even DETECTIVE Moto Could Not Solve The Case Of The DEFECTIVE Moto G4

If you like to travel as much as I do, you know that when you travel internationally, you need an unlocked GSM (system used in most countries beside the U.S.) phone. With an unlocked GSM phone, you can buy a local SIM card and make calls, send texts, and surf the web at much lower prices than your carrier would charge while roaming abroad.
Well, I needed a new phone and had read good reviews about this phone on Amazon and well known tech websites, so being sick and tired of Apple’s products and their lack of customer focus, I decided to sell my iPhone (and soon my Mac) while I could still get $10-$20 for it and bought the Moto G4. Big mistake!

No because I regretted giving up my iPhone, which actually works most of the time, but because the Moto G4 is a piece of garbage. I wasted the first two days loading all of my apps, email accounts, and setting up the phone and it seemed to work ok. You have to swipe up across the screen to get to the password screen, but an easy swipe was not enough and I had to swipe and swipe and swipe even harder for the damn thing to open. If that were not irritating enough, the phone would randomly chime, turn itself on and show me what time it was. The screen is also far too big for my taste and once protected by the clunky case, it reminded me of the "bricks" (a walkie-talkie the size and weight of a brick) we used in the military. 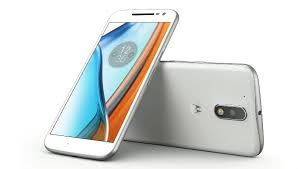 Then, on the third day, the phone decided to turn itself off while I waiting for an important phone call. Then it turned itself back on, but would never boot with the screen turning itself on, then off, then on, then off, etc., etc., etc. I pushed and held the off button for nearly a minute and still nothing happened. After 5-15 minutes, it would finally boot, only to turn itself off again and so on and so forth. Having all of these major problems after just three days, I decided enough was enough.

I was not going to bother with tech support because the phone was obviously seriously flawed, so I went home and hit the "return" button on Amazon. Because I will not buy this model again, I had to also return the clunky case which actually was not that bad.

DO NOT BUY A MOTOROLA MOTO G4!

CombatCritic Gives The Motorola Moto G4 1 Bomb Out Of 10 And A Spot, Along With Apple, On My “WALL OF SHAME” … More Bombs Are Better!

Title: Travel Tech: Even DETECTIVE Moto Could Not Solve The Case Of The DEFECTIVE Moto G4

Translation for Civilians: FUBAR = "Fucked Up Beyond All Repair"
Author: CombatCritic at 11:00:00 PM