Observations - Jack The Ripper In Victorian London And Today 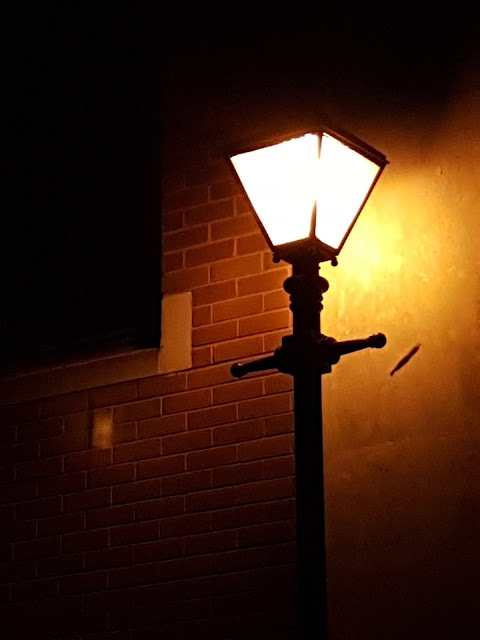 Probably the winter season is the most suitable to make plans to visit, for lovers of the genre, one of the many unusual tours of the English capital, the so-called "Jack the Ripper Tour", which winds through places that were the scene of the heinous crimes of the the most famous serial killer of all time.

Perhaps because the misty atmosphere of the English capital on a harsh winter night made the route more disturbing, or perhaps simply because the tour is similar to taking a trip to Victorian London, the fascinating night effect was assured.

The tours that retrace the dark alleys where Jack the Ripper lured and murdered his victims depart in the late afternoon from the Aldgate East tube station, next to the Whitechapel Art Gallery, in the Whitechapel district of London's infamous East End.

The murders - at least five of which, officially, were attributed to him, because many others are of controversial attribution - took place in the Autumn of 1888 and in the East End. At the time, England was a very powerful country, firmly at the top of the financial, industrial, cultural and scientific fields, and leading a vast colonial empire.

London, the beating heart of that empire, was the most populous and multicultural city in Europe, but it was also a deeply contradictory capital known for the coexistence of elegant residences with refined architecture and interspersed with elegant parks, mingling along side overpopulated slums. In such slums, of which the East End was most notable during that period, infant mortality was very high, sanitary conditions inadequate, and alcoholism and prostitution endemic as a result of the general state of degradation.

However, it is not possible to shed light on the scenario of the terrible events having occurred during those months without knowing the conditions of extreme poverty in which this part of London's population lived.

Growing urbanization during the Industrial Age had in fact encouraged immigration to the capital a mass of English, Irish and foreign immigrants who often lived on the limits of legality and the margins of subsistence.

The great availability of labor had contributed, in the late nineteenth century, to provoke the lowering of wages with a subsequent need for children to contribute to the family coffers, having been common to see them employed as chimney sweeps, beggars, garbage collectors or shoe shine boys. The population of the most disadvantaged areas, such as in the East End, lived, if lucky enough, in tiny flats, while the poorest were crowded into overcrowded apartment buildings or living on the filthy and dangerous streets.

Very often, in order to shelter themselves from the harsh London climate, many resorted to the hiring of beds for the night in rooms that could hold up to 40 people, where promiscuity reigned supreme and they lived in unhygienic conditions with little or no security. The beds took the form of coffins, literally wooden boxes on the floor resembling bare, wooden coffins and placed next to each other, which, at the time of the crimes of the brutal serial killer, cost four pence a night.

Since alcoholism was a plague endemic to the majority of the East End's population, regardless of gender, a pint or glass of bathtub gin in a pub cost exactly four pence. Individuals would often have to decide whether to drink another glass of gin and stay on the streets all night or invest the miserable amount in a place to sleep for the night in the safe shelter of a coffin. For women there was also a third, even more dangerous option - drinking all of their money away, then prostituting themselves for four pence in order to pay for shelter.

Unfortunately, almost all of Jack the Ripper's victims belonged to the latter category, that of women with an easy glass and without a shelter for the night.

Ten Bells Pub, an ancient establishment of the mid-Eighteenth Century still stands in front of the Old Spitalfied Market, not surprisingly one of the stops on the tour. It was here that at least two of Jack the Ripper's victims, Annie Chapman and Mary Kelly, stopped for a few drinks before being murdered.

Other stages of the macabre itinerary were Buck's Row, where the first victim, Mary Ann Nichols, was found on August 31, 1888; 29 Hanbory Street, where on September 8, 1888 the body of the second victim was discovered, Anne Chapman; and, finally, the area next to Commercial Street which houses the historic Old Spitalfields Market, a sad scene of the last and most heinous, gruesome murder, that of Mary Jane Kelly.

The physiognomy of London's East End has undergone profound changes in the late 20th and early 21st Centuries, especially in the period between the 1990s and 2012. Leading up to London's Olympic Games in 2012, places like Brick Lane began to develop as centers of culture, thanks to the proximity of the London Metropolitan University, which brought many students to live in the area for both comfort and proximity to the City of London.

Today the East End is a trendy neighborhood, populated with shops and bars among the most famous in all of London, a colorful meeting place for intellectuals, artists and tourists that is light years away from the degradation experienced during the Victorian era.

Yet, discovering the dark side of London in the footsteps of one of the best known serial killers in history can also be a way to better understand the English capital, whose past perhaps owes some of its appeal to its contradictions. The tour is then perhaps an alternative way to explore the East End, a destination for immigrants today as it was in the Nineteenth Century, alive and vibrant with its ethnic restaurants as well as its cultural diversity.

Title: Observations - Jack The Ripper In Victorian London And Today