The online menu looked eclectic and inspiring, and the reviews good, so I thought this 500+ year old pub had real potential. I was wrong and disappointed. 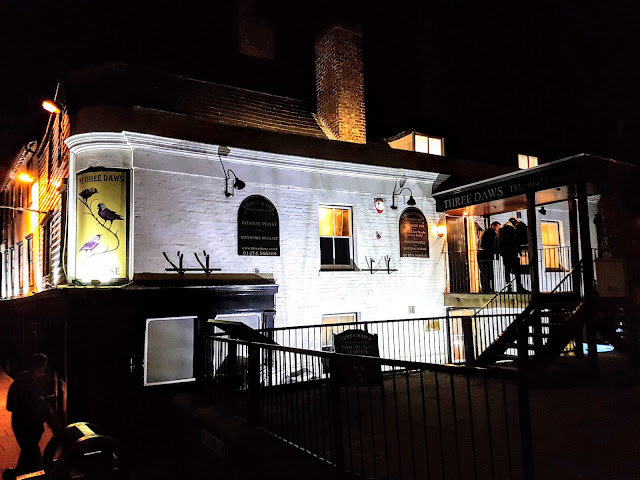 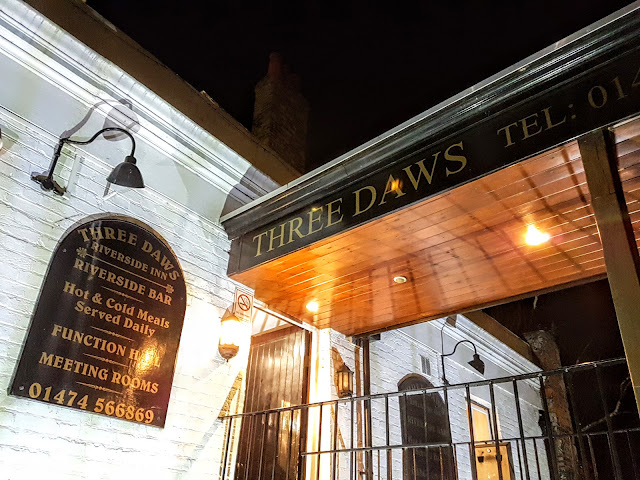 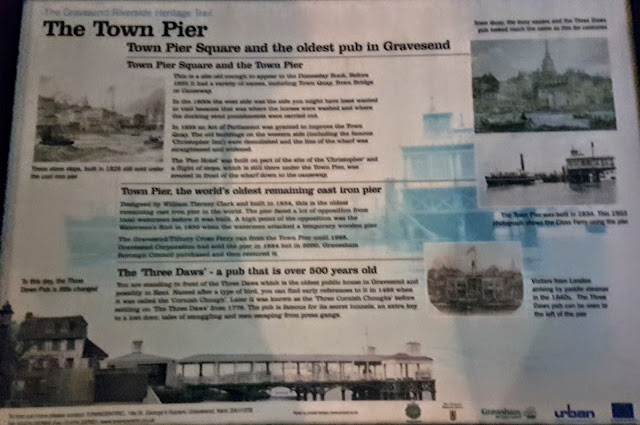 Having lived in England for three years (RAF Alconbury - 1995-1998), I have had some great pub food. So after almost 20 years away, I was looking forward to a nice, room temperature hand-pulled pint of ale and a good meal. The ale was brilliant and the service friendly and efficient, but the food, unfortunately, left something to be desired. 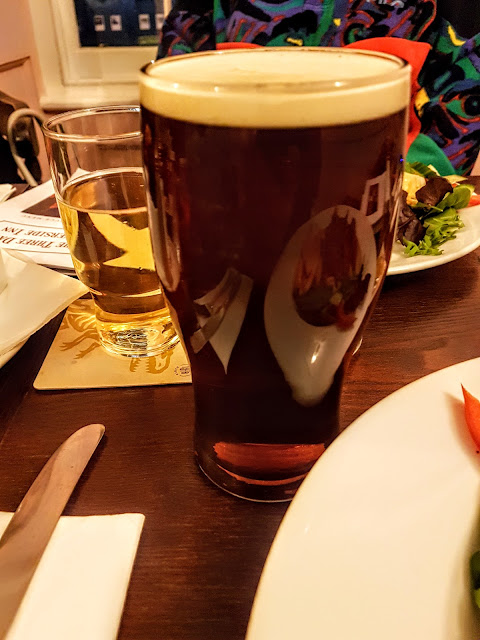 My wife had the Squash Risotto (£8.75), if you could call it that, supposedly made with arborio rice, leek, cream, squash, and pecorino cheese. The rice did not look like arborio, the squash, leek and cream were nearly nonexistent, and whomever prepared it obviously had no knowledge of how to make a proper risotto. The rice was extremely dry and tasteless, not patiently hand-stirred and creamy, piled on the plate with a smattering of salad without any dressing on the side. 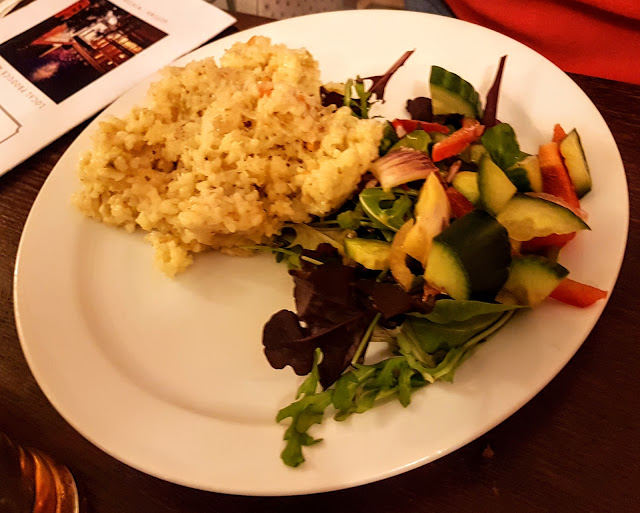 I saw the server delivering the Wild Stroganoff (£9.75) as we were walking in and it looked great, so I ordered it with the chips ("fries" for the Yanks). The alleged "steak" strips seemed more like stewing beef and the "mixed wild mushrooms" were indistinguishable from the stringy beef. There were paprika and cream in the sauce, but the brandy was imperceptible and the sauce had little flavor. My wife's best friend had the same thing, with rice instead of chips, having concurred with my evaluation. 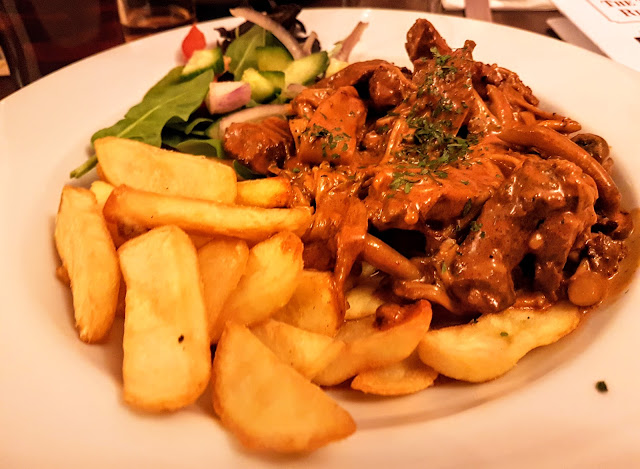 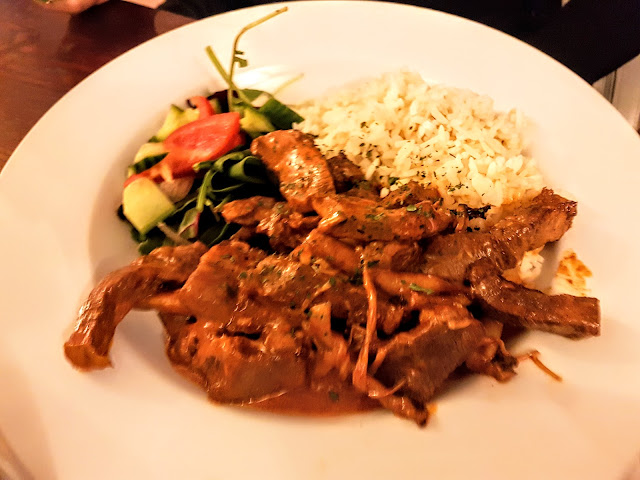 Her boyfriend had the Harvel Farm (£9.25), which is apparently "exclusive harvel farm beef and horseradish sausages", coming with mashed potatoes and brown gravy and otherwise known as "Bangers and Mash". Being the only Brit at the table (beside the two Italians and one Yank), he seemed pleased with his choice, stating that it was "pretty good". 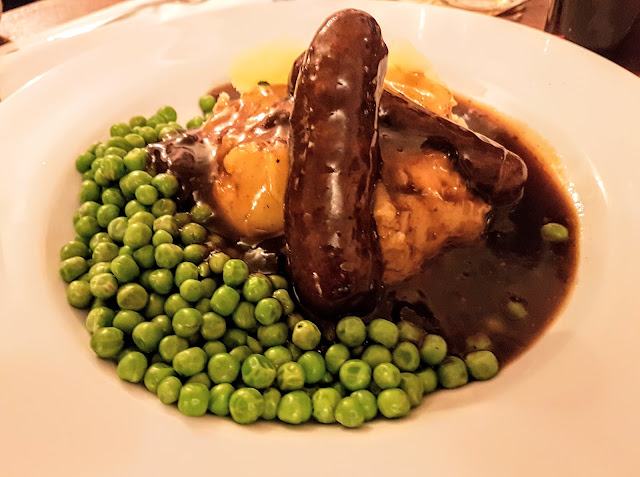 The place is charming, very old (reportedly 1501), wooden and white on the outside with wonky floors and several small rooms off of the main bar inside, sitting on the southern shore of the River Thames. We were there at night, so we did not get to enjoy the view, but I am sure it can be quite nice in the daylight. 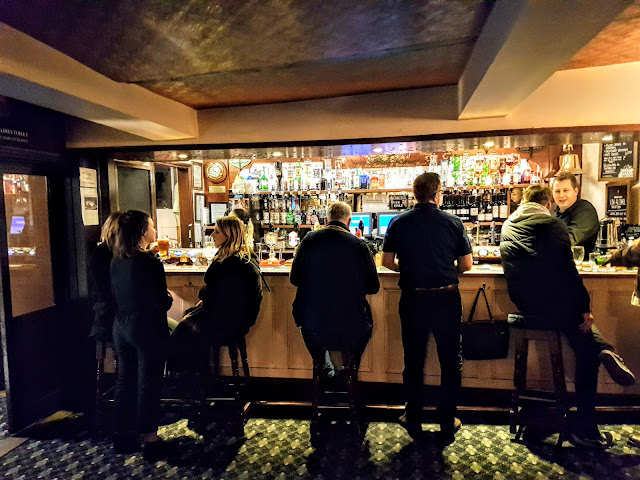 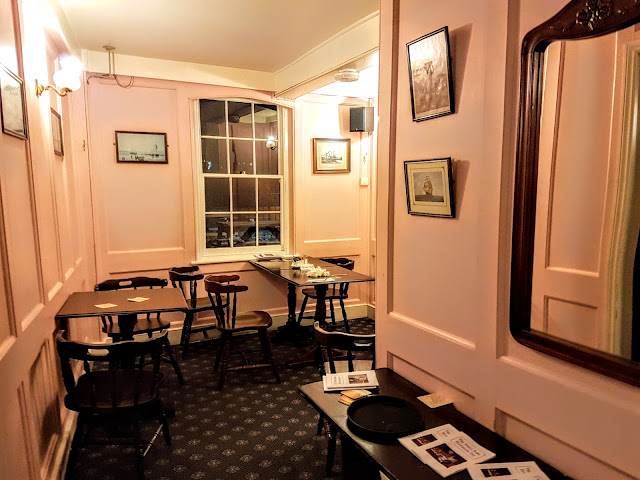 CombatCritic Gives The Three Daws 4 Bombs Out Of 10 ... More Bombs Are Better! 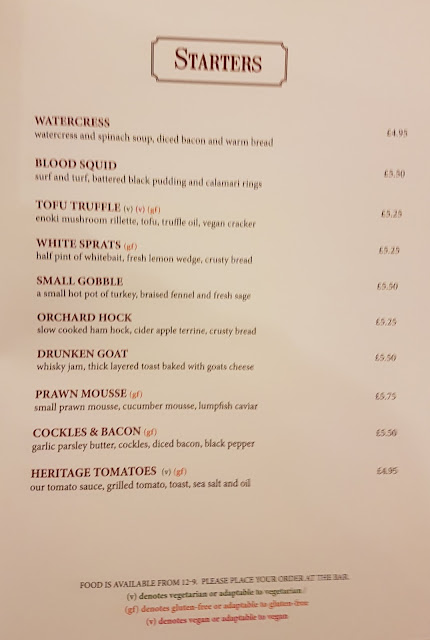 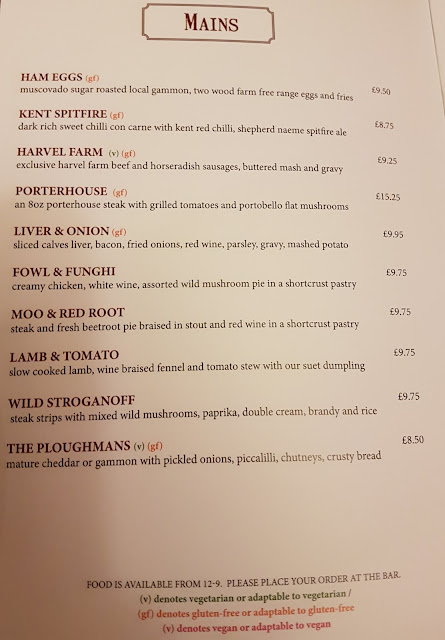 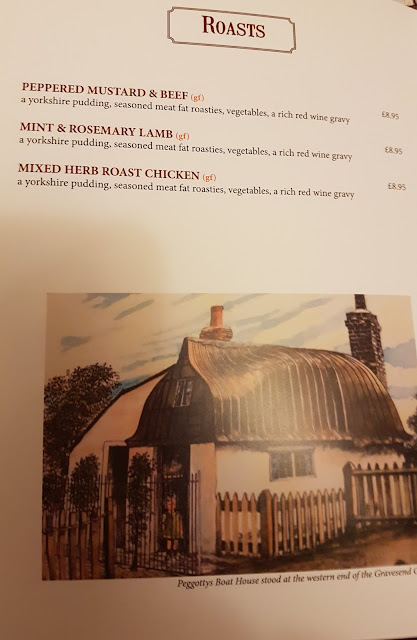 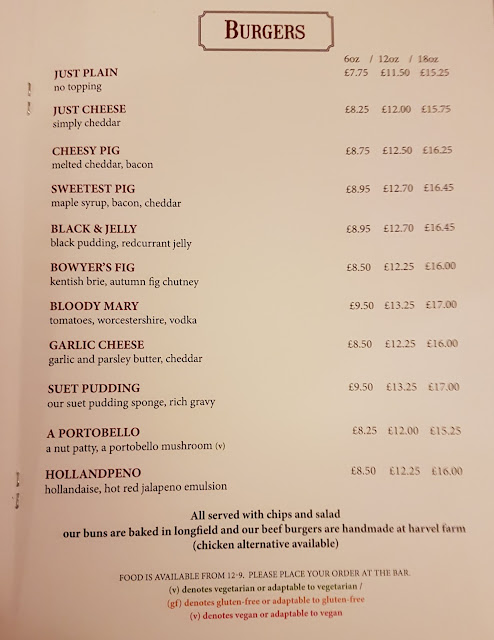 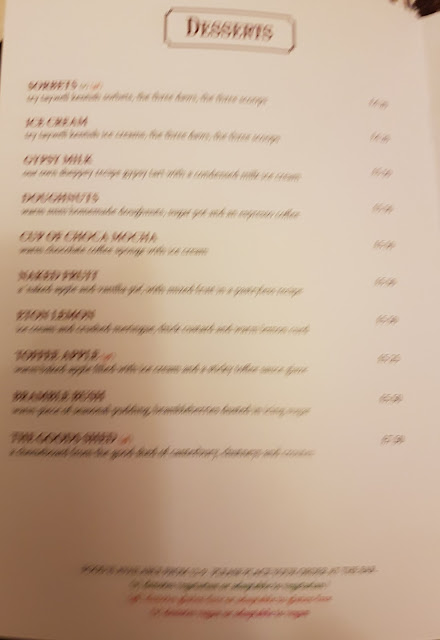 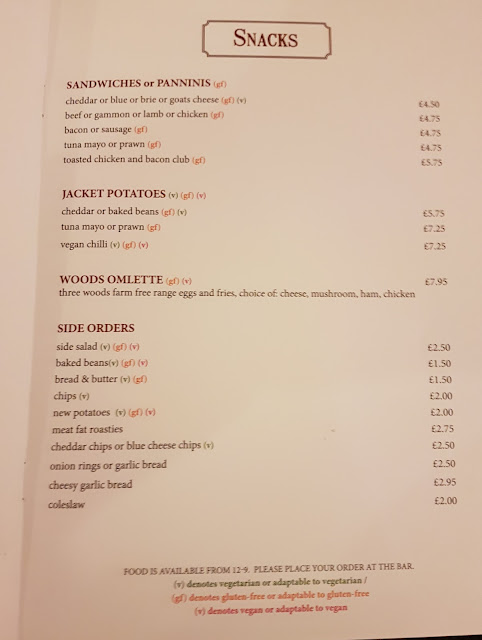