Gravesend, England: Dry The Pudding Was Dry, But These "Hacks" Offer A Decent Sunday Roast

I had my doubts after reading the sole "2-Star" review on Yelp, but the place was packed whenever we drove by, so we made a reservation for a traditional English Sunday roast, but with a twist, this place is a buffet. They apparently fixed the problems they had when they first opened, not uncommon. 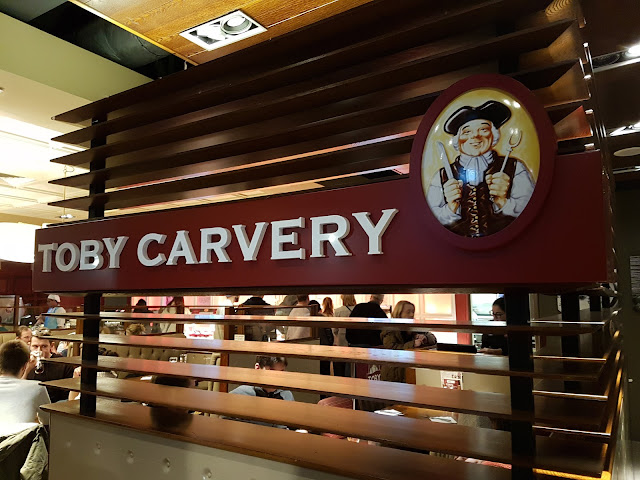 The place is new and tastefully furnished with a small bar and John Smiths, unfortunately, as their sole ale. We made a reservation for 6:45PM on a Sunday, being seated at 6:48PM, not bad. The service was friendly and efficient as it should be. 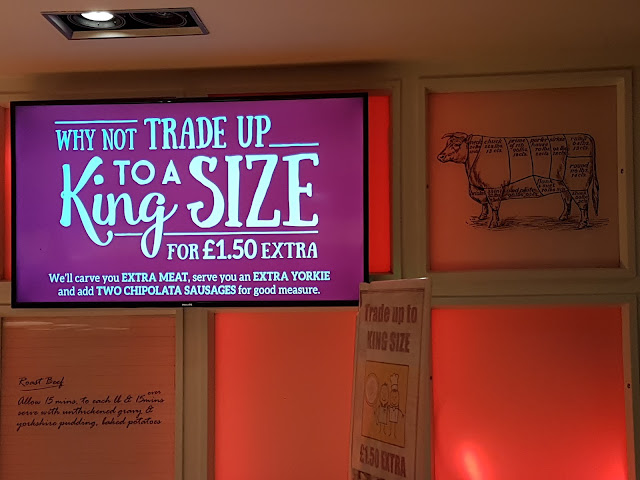 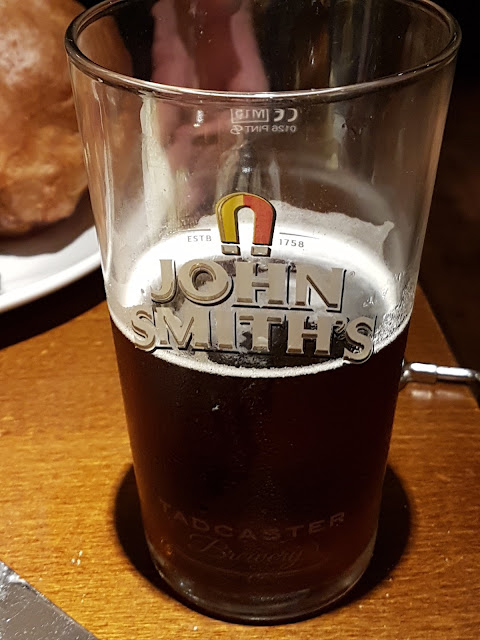 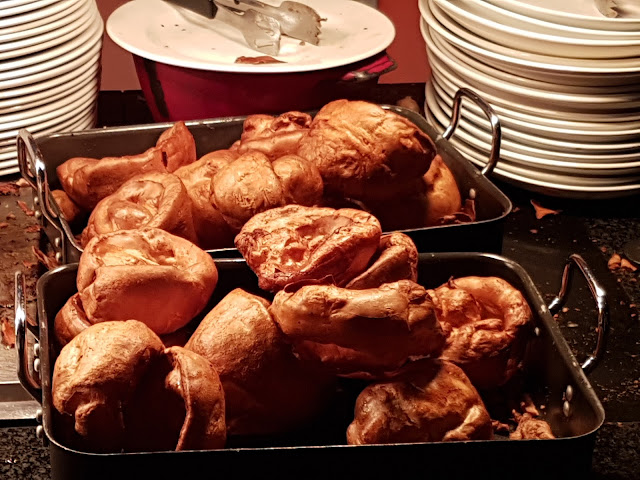 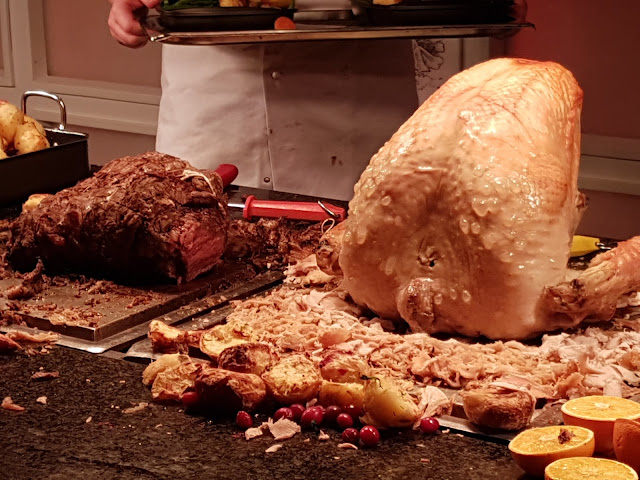 They start by literally tossing a Yorkshire pudding on the plate and the choice of meats included roast pork, turkey, ham and beef in that order. I assume you get "about" the same weight in meat no matter how many you choose, so I asked for the pork and beef. The serving size was adequate, not too much and not too little. The Yorkshire pudding was a bit too dry in the middle, consequence of making so many at once and leaving them sitting under a heat lamp for so long. 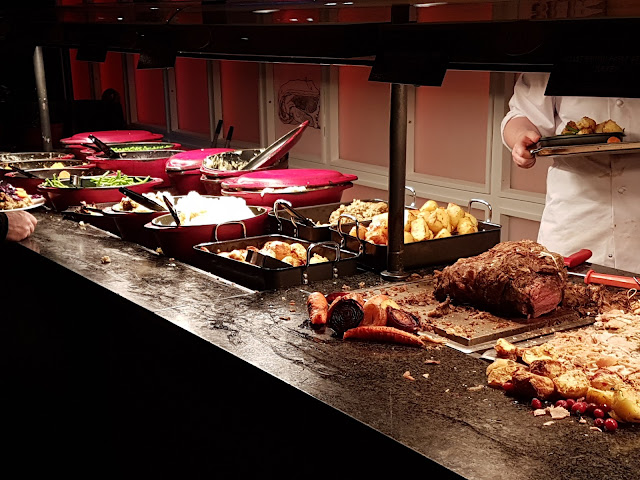 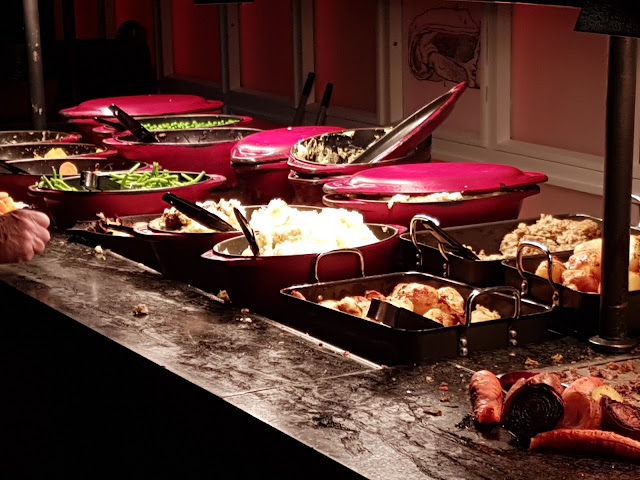 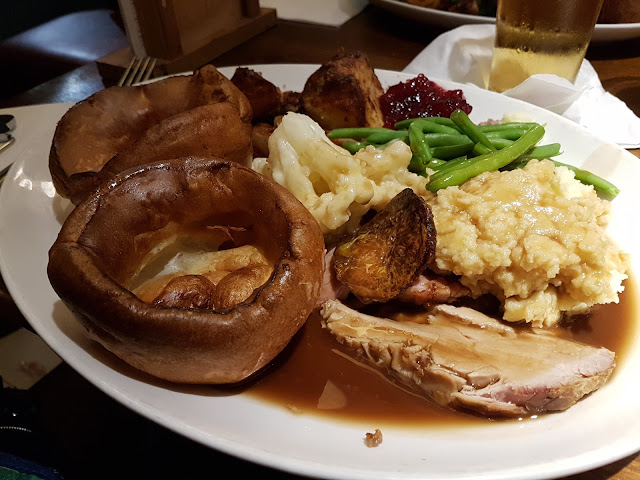 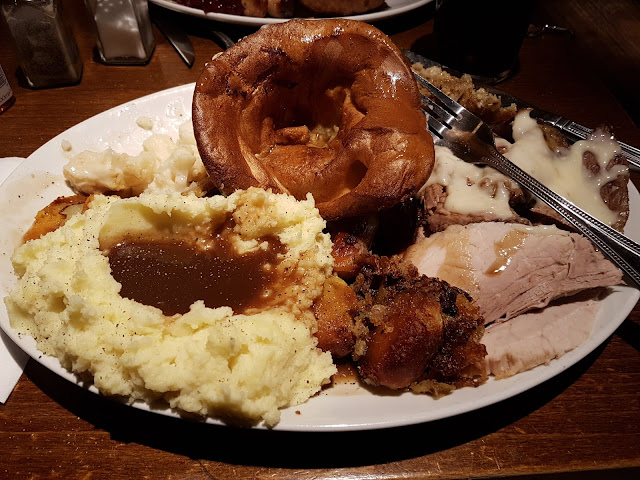 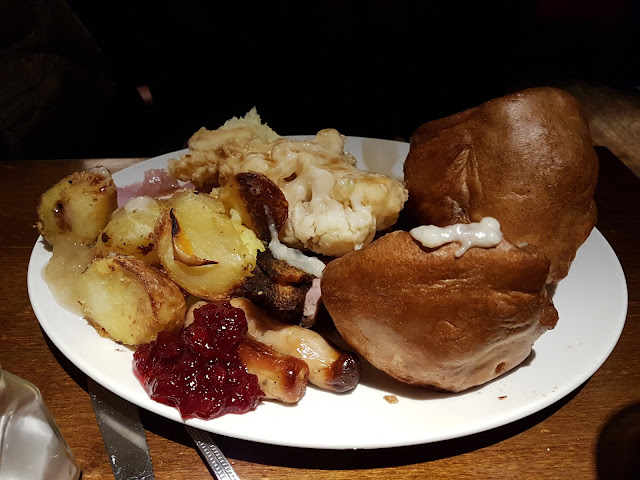 "Brilliant" as the locals would say. The food was very good and a decent TravelValue for the price. Make sure you trade-up to the "large plate" for an extra €1.50 and extra meat, including a couple of sausages. Traditional Sunday roast buffet-style ... HOOAH!

The downside: 1) The parking lot is not big enough for the number of cars .... the place was packed; 2) Beer/ale selection was inadequate; and 3) the Yorkshire pudding was not fresh - too dry.

Title: Gravesend, England: Dry The Pudding Was Dry, But These "Hacks" Offer A Decent Sunday Roast