Portland, OR: Fill Your Pie Hole With Pizza Napoletana At Life of Pie

Good concept, poor execution. The pizza itself was Neapolitan-like, not bad for an American version, but unfortunately I did not get what I ordered and attention-to-detail was lacking. 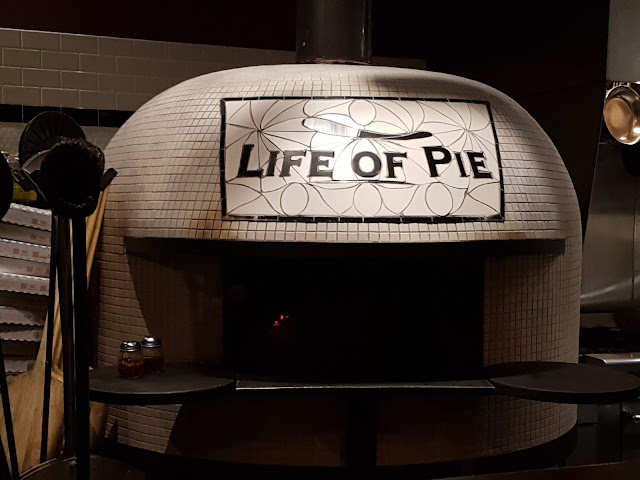 The arancini (deep fried rice balls with mozzarella inside - $6) were actually quite good, but I told the woman that took our order that my wife was allergic to tomatoes, yet the three arancini came on a bed of tomato sauce. I had to cut the arancini in half, giving my wife the halves unsoaked in tomato sauce in order to avoid an allergic reaction, eating the other halves myself. 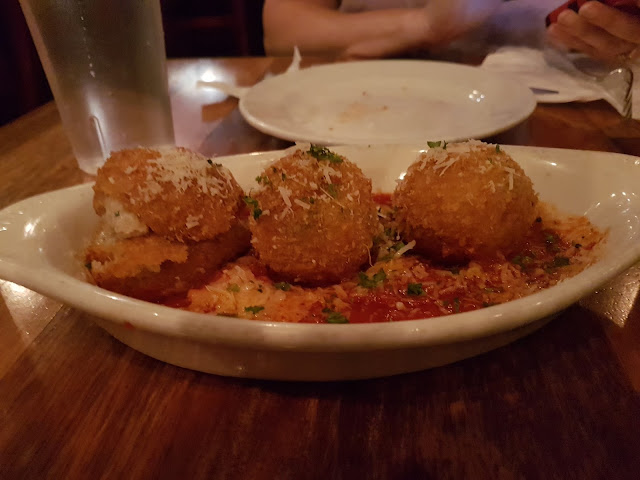 I ordered a "build your own" pizza with "mozzarella and salami" ($11), but what I got was the Chop Salami, Mama Lil’s Peppers, Goat Cheese & Honey version ($13). I paid $2 extra for pepperoni agrodolce (bell peppers in a sweet and sour - vinegar and sugar - reduction), which I dislike in any form, pecorino (goat cheese), which I like in some dishes, but NOT on pizza, particularly a salami pizza, and honey, which does not belong on a pizza of any kind. My wife's build your own pizza with mozzarella and mushrooms on an olive oil base ($11) came as ordered and she, being Italian and from Naples (Italy), was actually quite pleased. I probably would have been too had I received the simple mozzarella and salami pizza I ordered. There is nothing I like better than a pizza with tomato sauce, mozzarella, and salami. Unfortunately, I could not even taste the sauce, cheese, or salami through the sweet and sour peppers and goat cheese I neither wanted nor ordered. 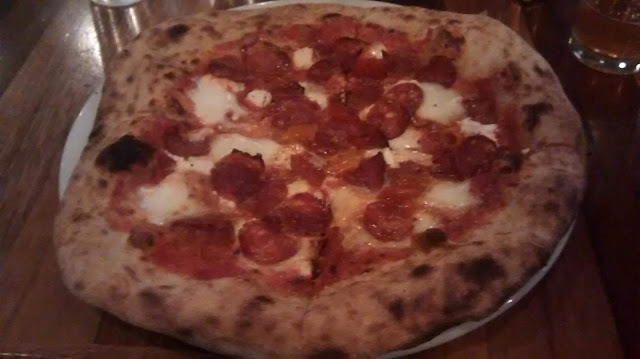 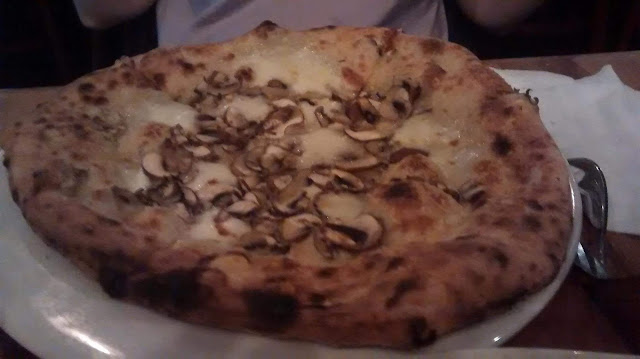 The price was right, even though I paid $2 extra for ingredients I neither like nor wanted and the IPA ($5) was cold and tasty. I will be back because I see promise here and think a properly prepared and executed salami pizza might be quite good. Time will tell, but for now ... 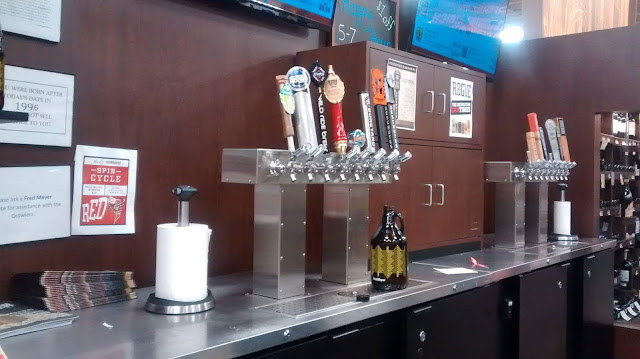 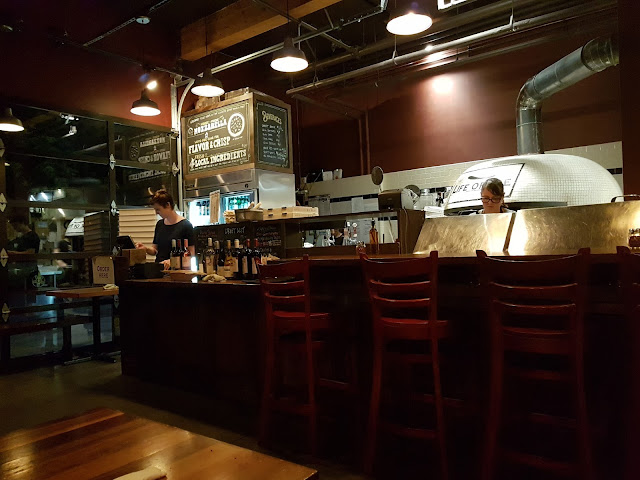 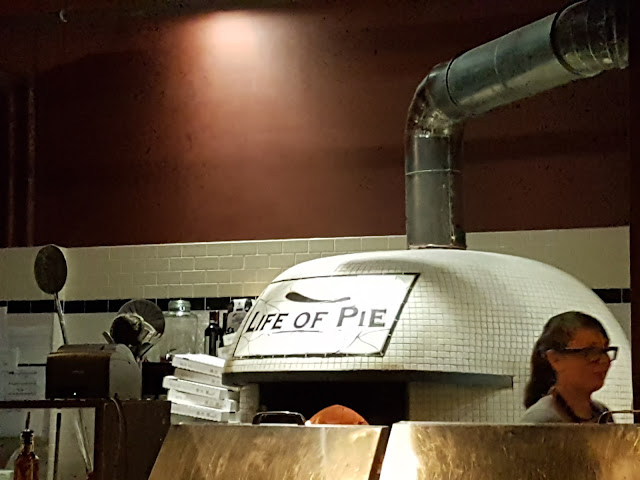 CombatCritic Gives Life of Pie 5 Bombs Out Of 10 ... More Bombs Are Better!

Title: Portland, OR: Fill Your Pie Hole With Pizza Napoletana At Life of Pie