Portland, OR: Pie In The Sky Or Solar Eclipse ... It Was Both!

Prices: $$$$
A nondescript 1980s coffee shop feel, we passed the case full of homemade pies and cakes on the way in and were quickly seated at 9pm. On the eve of the great 2017 full solar eclipse, a strange late rush began shortly after arrival with the place quickly filling up. Our server, like many, was over-eager to take our order, asking what we wanted before we even had a chance to crack open the massive menu. 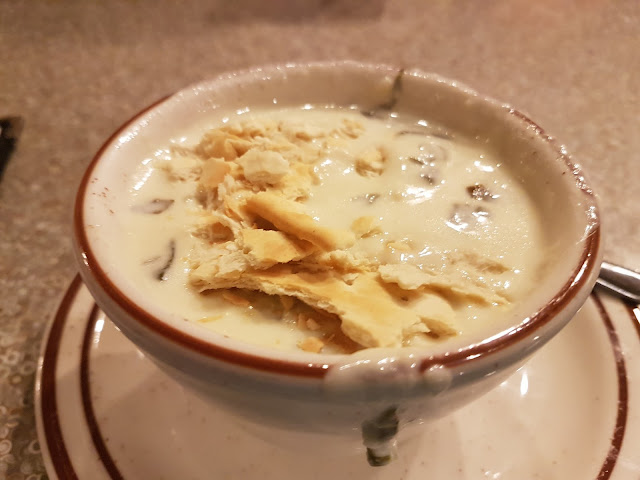 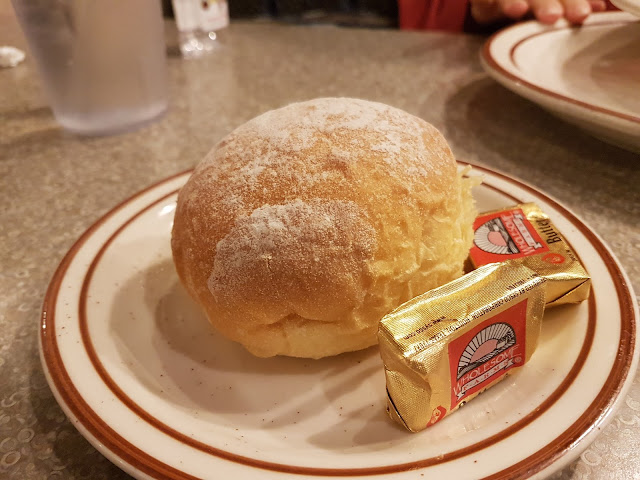 I ordered the Country Fried Steak ($15.39) and my wife the Mac and Cheese ($10.99). My country fried steak was HUUUUUGE (as Donald Trump would say) with loads of country gravy atop the big piece of breaded beef and a decent size portion of mashed potatoes with mixed veggies on the side. All dinners come with soup or salad and fresh bread rolls. My wife's mac and cheese was also plentiful and very good. The food is as close as you can get to home cooking outside the home. 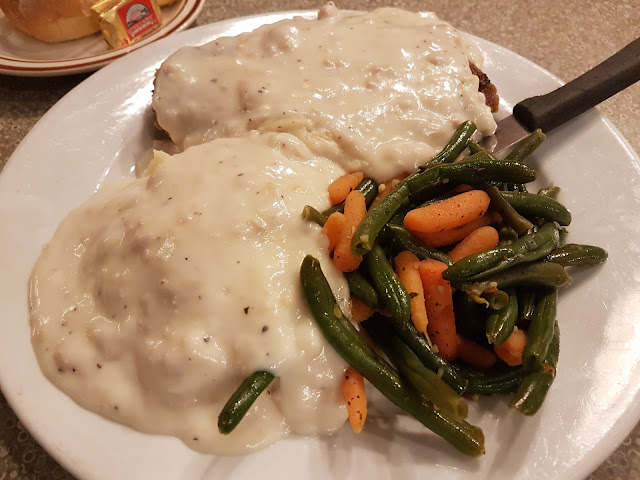 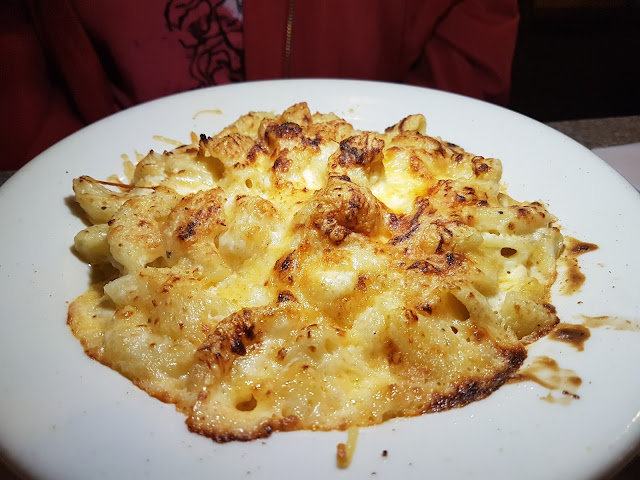 The pies are made in-house as well. My wife tried the Marionberry and me the Peanut Butter ($4.59 a slice). The Marionberry was very good, not too sweet, not too tart. It would have been better with a scoop of vanilla ice cream, but my Italian spouse detests vanilla so we went without. The peanut butter was tasty upon first bite, but quickly became far too sweet, tasting less and less like peanut butter with every bite. I could only eat less than half the slice. A creamier, less sweet, more peanut buttery filling would have been nice. 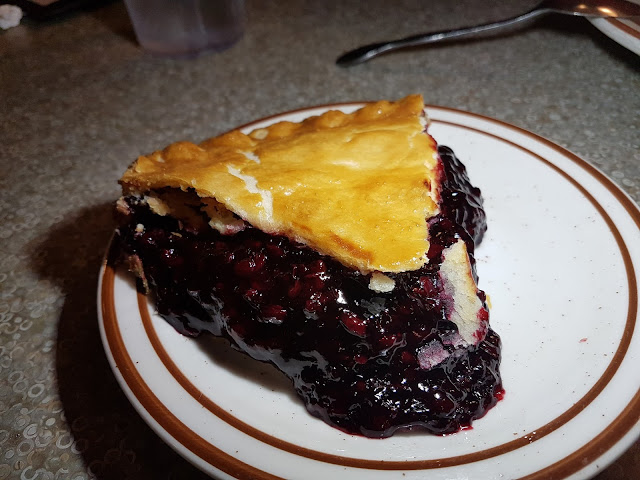 The place looks like a diner out of the '80s yet it is clean and comfortable. Like Denny's, they are open 24/7 and you even pay at the register as you are headed for the door just like the old days, The service was excellent although just a bit too eager (pushy), particularly when we first arrived and had not had time to scan the menu before being grilled, figuratively speaking, for drink and food orders.

CombatCritic Gives Bannings 8 Bombs Out Of 10 ... More Bombs Are Better!

Title: Tigard, OR: Pie In The Sky Or Solar Eclipse ... It Was Both!