Having spent a few days at Cape Disappointment State Park just 15 minutes up the road, this was one of the few modern, semi-upscale (not a dive) restaurants on the peninsula as far as I could tell. A bit of a dive, inside and out, the place could use a complete remodel or a deep cleaning at the very least. The prices are a bit on the high side for Mexican, but the service was decent. 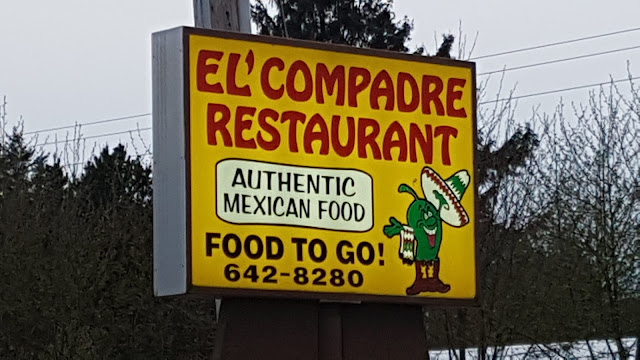 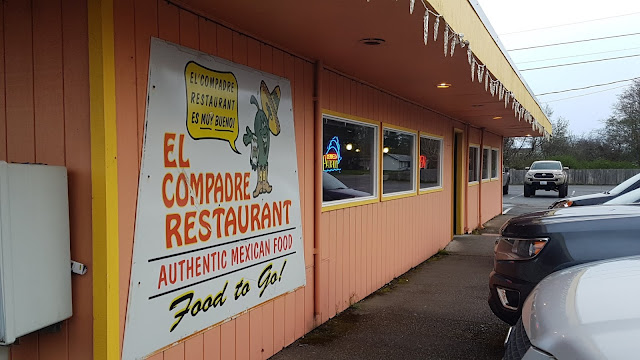 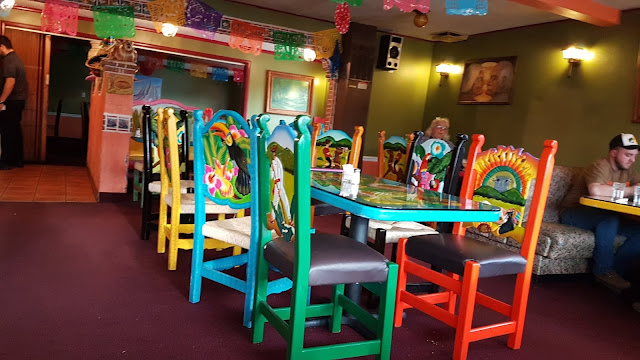 Fortunately, the chips and salsa were free because the chips were of the cheap, store-bought variety and, likely, the salsa was as well. We also added a side of guacamole ($5.25), probably the best value on the menu and not bad, having been properly seasoned and with hardly any of the less expensive tomato filler most places use. 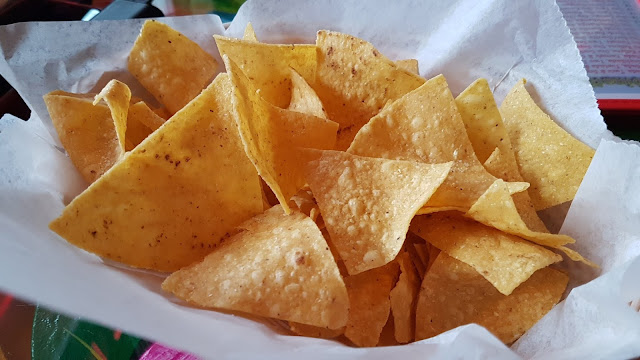 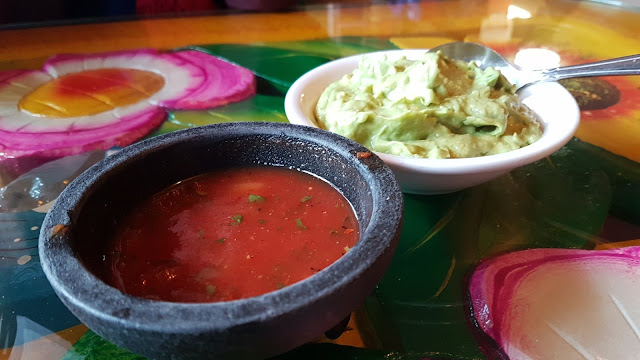 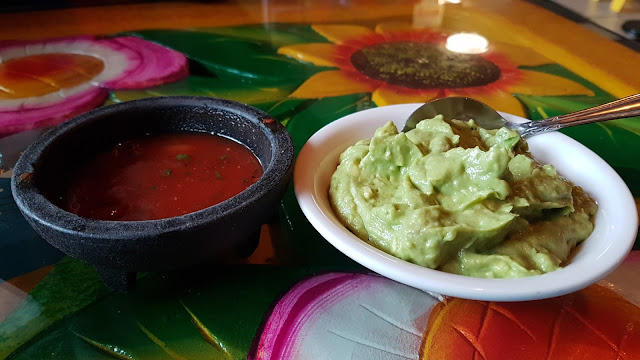 I had the #2 Combo, a taco, enchilada, and tostada with rice and beans ($11.95). The taco came with picadillo (shredded beef) on a store-bought, pre-fab taco shell that fell apart upon first bite because of the not-so-well drained meat and the cheap shell. If you know me, my biggest pet peeve at a Mexican restaurant is store bought chips and pre-fab taco shells, a sure sign of mediocre quality. The cheese and onion enchilada was actually quite good and the sauce tasty, I will give them that. But the tostada was a nightmare, coming on a, you guessed it, pre-fab tostada shell that was so soggy by the time I got to it that I could only eat it with a fork. I asked for “all beans, no rice”, but I got the rice anyway. The refried beans were actually quite tasty. 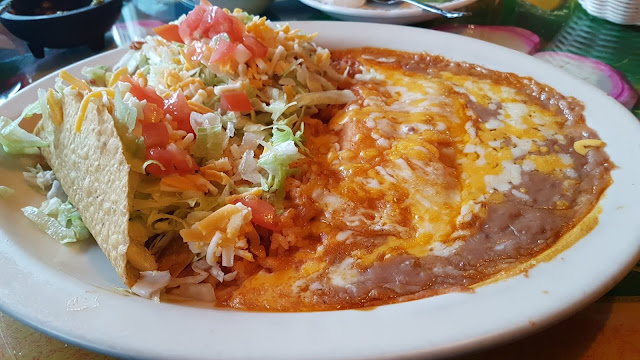 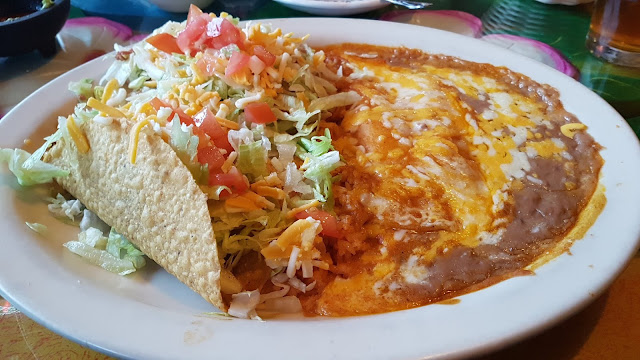 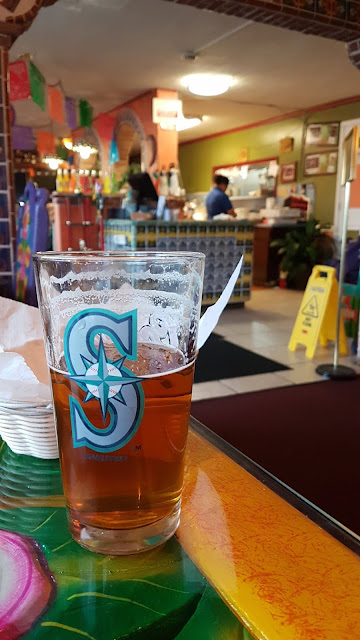 My wife ordered a Cheese Quesadilla ($8.95), coming with a large dollup of guacamole, sour cream and diced tomatoes. A bit pricey for a tortilla filled with cheese, but this was one of the biggest quesadillas I have ever seen with loads o’ melted cheese inside a huge flour tortilla. Still not worth anything near $9, it was not a horrible value in contrast to the other menu items. 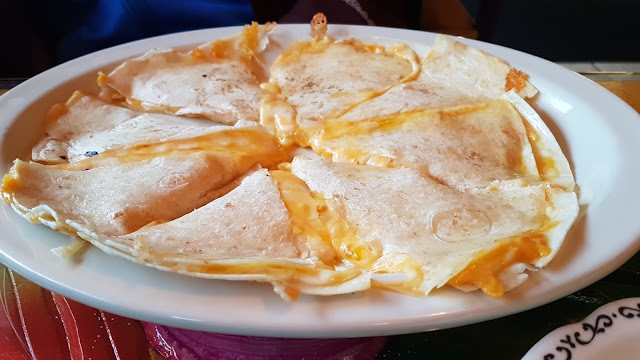 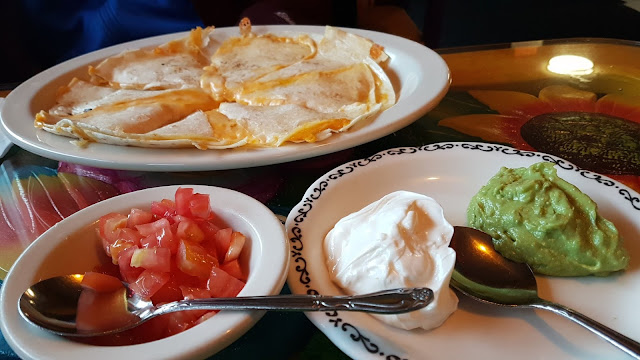 This rather expensive, mediocre Mexican food in a less than stellar environment left me "Disappointed" once again.