Camas, WA: Very Good, Albeit A Bit Pricey, Brunch In The Heart Of Historic Camas

Maybe it was the COVID-19 pick-up and eat out of styrofoam box thing that affected my overall impression. Granted, my food was pretty good, but after paying $17, including a 20% tip, for a single biscuit and gravy, four slices of bacon, and two eggs over-medium seems a tad high. An included side of crispy hash browns and a tad more gravy might have lessened the feeling of being overcharged, but, alas, it was not to be. 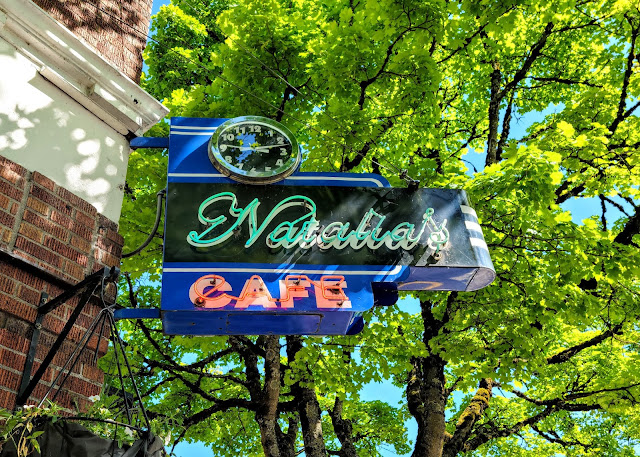 Natalia's Cafe is a cute little place on the corner of 4th and NE Dallas in the heart of historic downtown Camas. In an old, brick building, Natalia's has the feel of an old-time diner with a huge griddle behind the counter and a few tables scattered about, although the tables and chairs were roped-off and stacked in the back of the small dining room. When there are tables, they are, in my experience, routinely full at this place and I am not sure if they take reservations.

They have their menu on their Facebook page, so I was able to select a meal and call-in my order on the way back from a colonoscopy, having not eaten a bite in 40 hours even though I could live off of my fat for weeks if not months. I assume it was Natalia behind the counter cooking my breakfast, the Biscuit Special ($13), coming with a homemade biscuit topped with sausage gravy, four slices of bacon, and two eggs (any style).

The biscuit was decent in size, not massive and not small, but their could have been a bit more gravy on top. As I said before, some crispy hash browns would have completed the meal and made it a better value. The gravy was good, but it had an odd taste, not a bad taste, but an unknown ingredient or two had been added that probably could have been omitted altogether. 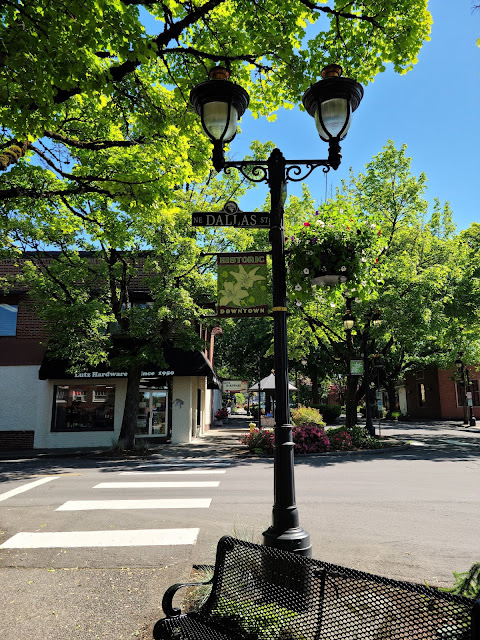 The bacon had been precooked, but the slices were large, warm, thick, dark and chewy, just the way I like it ... HOOAH! The eggs over-medium were just that, eggs over-medium because it does not take a rocket scientist to cook breakfast.

The only thing I will add is the fact that thay have no website. A Facebook page just does not cut it these days because there are many folks out there who refuse to use Facebook for a number of reasons. A business without a webpage will likely fail unless they get as lucky as Natalia's has with people waiting out the door to get in and overpay, a little, for brunch. 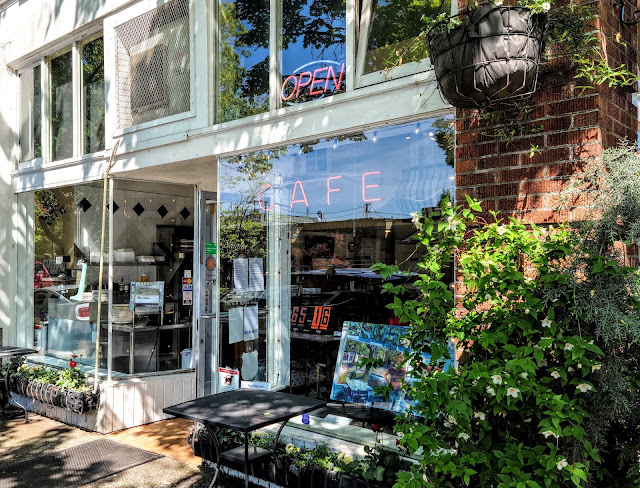 As I said, hash browns would have made this breakfast worth $13, but, then again, I am sure that rent on 'Main Street' in Camas is not cheap and I appreciate the fact that she decided to stay open during the COVID-19 pandemic, having added an extra BOMB/star to my review just for that purpose ... thank you Natalia!

Title: Camas, WA: Very Good, Albeit A Bit Pricey, Brunch In The Heart Of Historic Camas