St Joseph, MO: Give The Hi-Ho The Heave-Ho If Hungry In St Joe 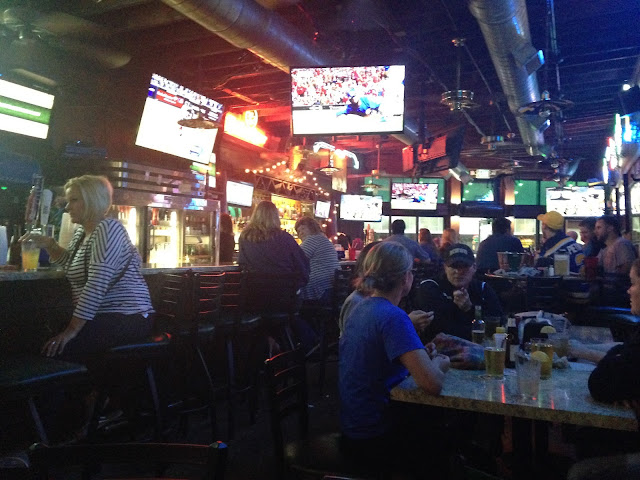 Across the street from the equally mediocre Il Lazzarone you will find the Hi-Ho Bar and Grill. Again, Yelp reviewers raved about the food here, so we gave it a try. What a disappointment! It seems as though low expectations have become the norm among many customers in the region because I am continuously shocked by how appalling food and service turn out to be at places with four and five-star ratings (out of five). The highlight here was the nice guy behind the bar. The lowlights were the food, the prices, and his rude, blonde, female companion. 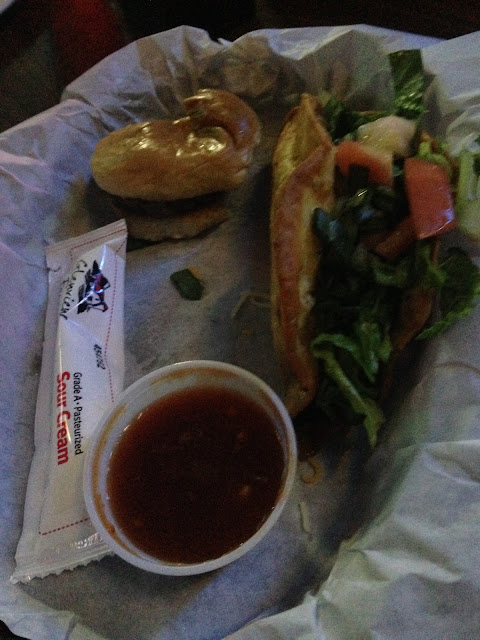 The companion, a young, blonde woman in her twenties, worked behind the bar and as a server. When we first arrived, I had to get out of her way as she forced her way past me to get to a table, no "excuse me", nothing. Then, after I noticed that a couple of drunk guys had turned the TV I was watching the National League Division Series between the Cubs and the Cardinals on away from me (so they could watch it - again, without asking), I asked her if I could please continue watching the game we had taken that table specifically to see. She said: "well, they've been at that table all day", to which I replied "so?". She finally went over and turned the TV back in our direction after rolling her eyes. She then ignored us for 15 minutes until the nice guy behind the bar came over to take our order. 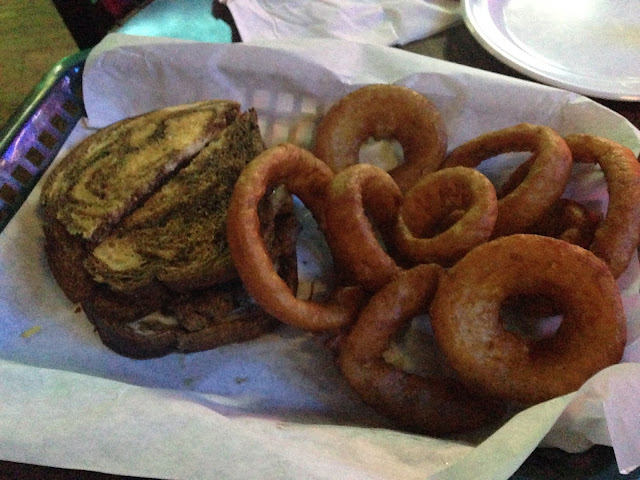 We almost left at that point and probably should have looking back, but decided to stay and ordered a few different things to sample the menu. As appetizers, we had a beef "slider" with cheese ($3.58) and a deep-fried beef taco ($2.79). The slider was a tiny piece of frozen meat with American cheese between two tiny bun halves, that was it. Hardly worth the price. The taco was in a greasy flour tortilla, was otherwise not bad, but overpriced by $.29 to $.79. 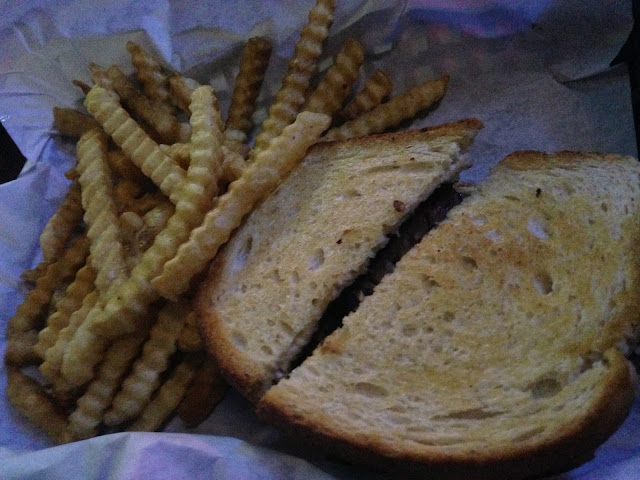 For our mains, we had a patty melt with onion rings ($8.99) and a Cuban sandwich with fries ($9.49). The patty melt's beef patty was small, there was hardly any cheese, the onions were almost raw (not "grilled"), and the onion rings tasted of fish because the frier obviously had not been cleaned in quite a while. The Cuban tasted decent, but there was not nearly enough meat or cheese and the fries were "OK".

Overall, the service was sketchy, the food mediocre at best, the prices too high, and the value just not there.

CombatCritic Gives Hi-Ho Bar And Grill 3 out of 10 Bombs ... More Bombs Are Better!

Title: Give The Hi-Ho The Heave-Ho If Hungry In St Joe