St Joseph, MO: Memorable, But Not In A Good Way 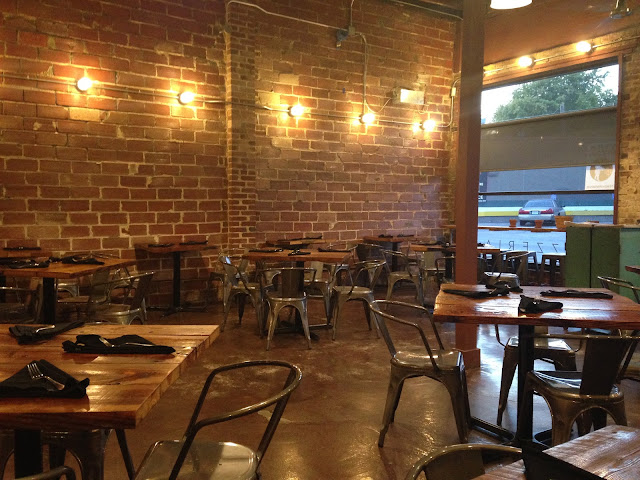 Across the street from the equally mediocre Hi-Ho Bar and Grill, you will find Il Lazzarone.  Their website claims: “The Association of Vera Pizza Napoletana hereby certifies this establishment to sell true, authentic pizza Napoletana", so we had high hopes that this was going to be a memorable experience. It was memorable all right, but not in a good way.

The place looks more like a burger or barbecue joint than a pizzeria, having brick walls, wood floors, and country music blaring over the speakers. Not much ambience. We arrived at 7pm and you could shoot a cannon through the place without hitting a soul. We were quickly seated. 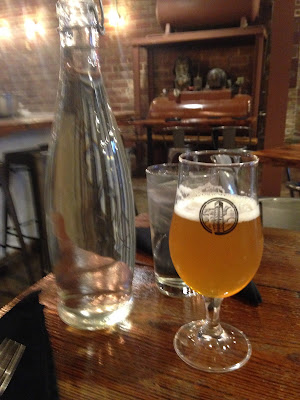 Glasses of average wine, Sicilian Nero d'Avola for example, started at $8, so I decided to have a "tap" beer. The menu said "ask server for selections" and prices were listed as "MKT", so based on the prices of the wine, I did not think the beer would be reasonably priced. It was not. If you like spending $1 an ounce for beer, this is the place for you! A 6 ounce Boulevard IPA (yes, that is the amount of beer I was served in the photo) was $7 ... $7 ... that is more than $1 per ounce ... MAMMA MIA!

I asked the server if the Caprese salad ($7) came with bread and she told me it did not. Nuff said, not ordering a Caprese, thank you very much.  But then she insisted that the "brushetta" (it is spelled bruschetta and pronounced brew-sket-a) was "the same thing", tomatoes and bread, same thing. I insisted that bruschetta (also $7) is not the same thing as Caprese and bread, having lived in Italy for three-and-a-half years, traveled extensively all over the country and married an Italian, but she would not be swayed. I guess we agreed to disagree because she walked off. I guess the customer is not always right, particularly at Il Lazzarone. 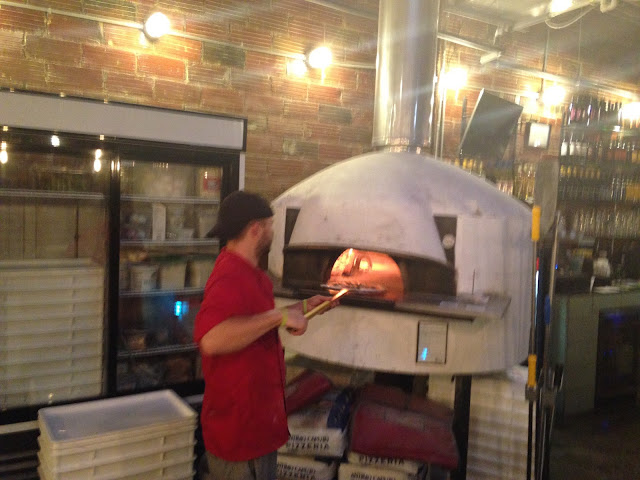 The pizzas come in red (with tomato sauce) and white (without), so my wife ordered the "funghi" (mushroom - which the waitress also mispronounced) and I the "carne" (meat - salame, sausage, and American pepperoni). The guys making the pizza in an authentic Neapolitan wood-fired oven were pleasant and helpful, so I asked who was trained or certified in Naples (a requirement of The True Neapolitan Pizza Association - Associazione Verace Pizza Napoletana or AVPN - a designation they claim on their website, menu and walls). He told me that he was trained by his boss who received the certification. OK, close enough I guess. 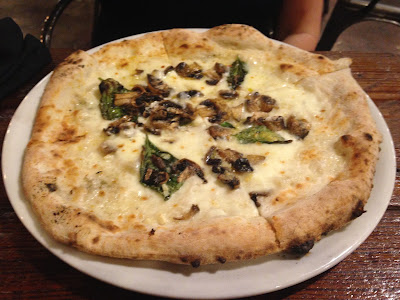 Anyway, back to the pizza. My wife's pizza ($10) looked decent enough, right size and so on, but just was not pizza napoletana (Neapolitan pizza). The crust was good, but drier and crunchier than any pizza napoletana I have ever had (and I have had many - in Naples) and there was not enough cheese or mushrooms. My wife was generally pleased, but not elated. 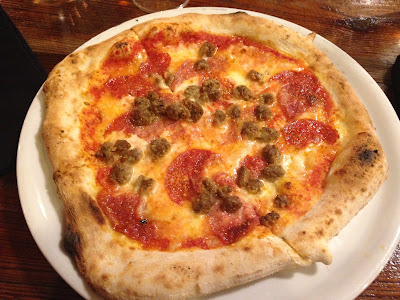 My pizza ($13.50) was smaller than my wife's, closer twelve inches in diameter, also with not enough mozzarella or "meat" and with an odd taste NOT reminiscent of pizza napoletana. Real ("vero" in Italian) pizza napoletana is made with very specific ingredients. Tomatoes from the Naples area with just the right color and acidity, for example, as well as specifically sourced olive oil, mozzarella, and wheat. The odd taste had to come from the tomatoes and I assume that they "seasoned" them, something that would NEVER be done in Naples. Crushed tomatoes and only tomatoes are the first ingredient added to pizza napolitana, no basil, no oregano, no garlic ... nothing ... tomatoes. 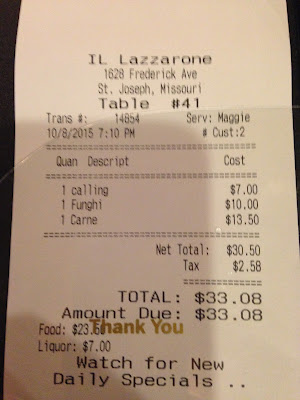 For the Midwest, the pizza was fair, but that is not saying much. The prices were twice what you would pay in Italy, even in Florence where everything costs an arm and a leg. A much better meal with two similar pizzas and a beer or half carafe of wine would cost around $16, less than half of the $33 plus tip we paid for this meal. Finally, the server should not have insisted that I was wrong about the Caprese and bruschetta. She could have also benefited from a larger tab (and a larger tip) by letting me have a Caprese salad and bringing me some damn bread. Caprese should not be eaten without a fork in one hand and a decent piece of bread in the other. Get a clue ... give your customers some bread when warranted.

Title: Memorable, But Not In A Good Way