Portland, OR: Apathetic Staff And Unfresh Food Were Not All That Gut ... Auf Wiedersehen Rheinlander!


I have spent a fair amount of time in Germany and Rheinlander reminds me a little, very little, of a traditional gasthaus with good beer in big steins, wonderful schnitzel, and other German gastronomic classics. Knowing German food well, I will warn you up-front that I am a bit picky when it comes to stateside imitations so here goes ... 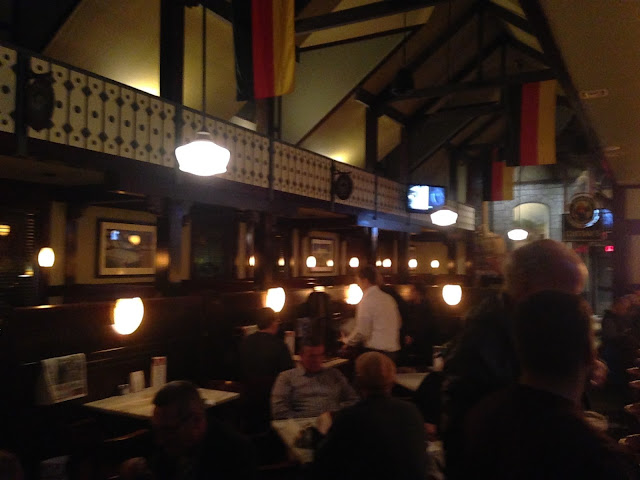 There was a short wait when we arrived even though there were numerous empty tables, so I went to the bar after a long day on the road to order a cold German stein of beer. I must have stood there for at least five minutes while the bartender frantically bounced around right in front of me, ensuring to take care of the servers at their station at the end of the bar, but ignoring me completely. Not even so much as a "hello", some eye contact, or "I'll be with you in a minute", so I went back to the waiting area empty handed. 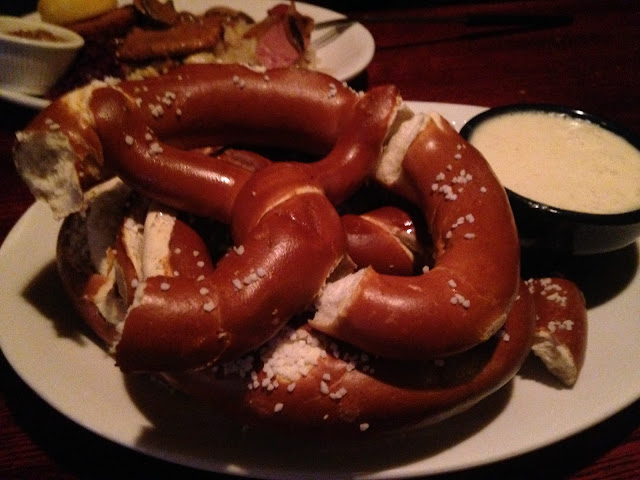 It took our server a good ten minutes to greet us once we were seated and she seemed so rushed that she ran off to order our Pretzel Fondue ($13.25) before I had the chance to finish inquiring about the menu and telling her what I wanted to order. I did get the chance to order a stein of Spaten Optimator ($8.95), a dark, robust German "bier" (7.2%), which took another 10-15 minutes to arrive. 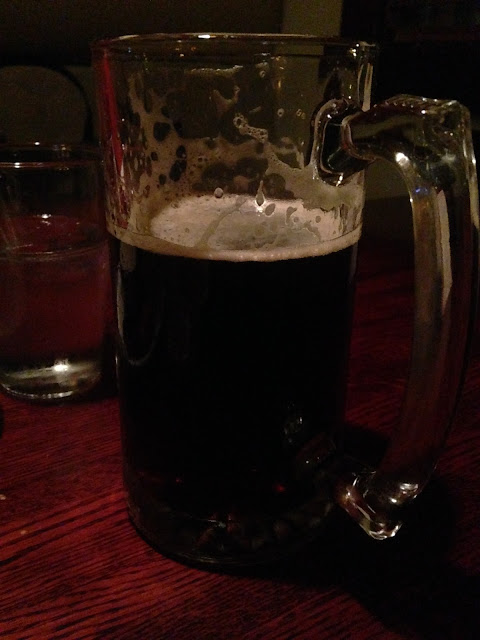 My wife and I decided to share the fondue and because they are closing for good on December 31st, I wanted to sample a few different menu items before they cease to exist, so I ordered the Munich Feast ($24.25) to share as well. The server had "the feast" split into two plates, each with half portions of the weinerschnitzel and creamy paprika mushroom sauce, pork cutlet cordon bleu, a wurst of some sort, spätzle, red cabbage, sauerkraut, and a Bavarian pretzel. 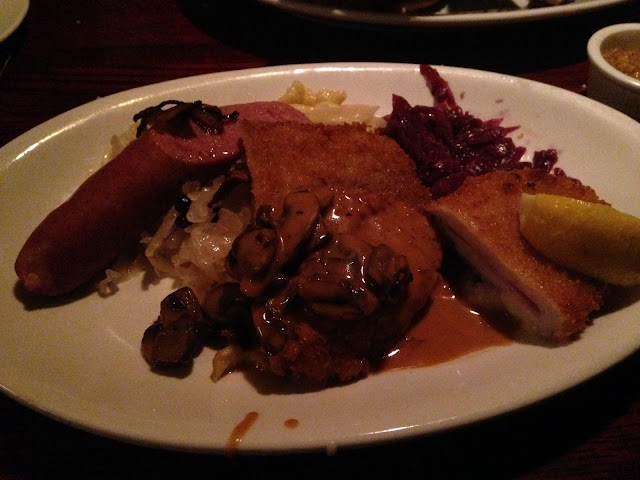 The fondue came in a soup cup with two pretzels, not in a pot heated by flame. The cheese was tasty enough, but lukewarm, especially after 10-15 minutes. The pretzels were big, salty, warm and soft, just as they should be. Not a bad effort for a German restaurant doing a Swiss dish. 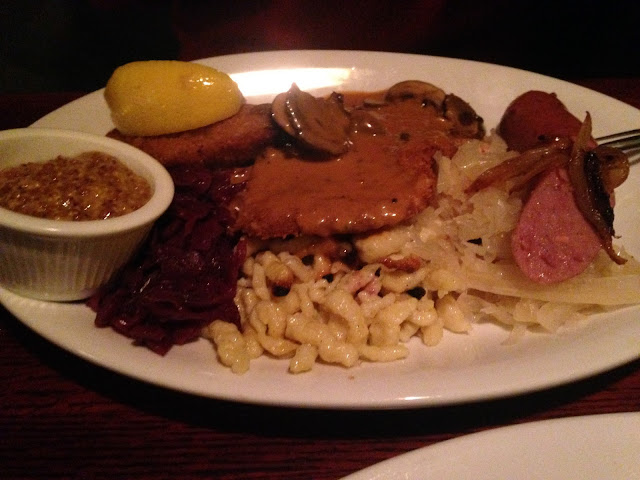 The Munich feast would have been too much food for one person, but the portions were most likely far smaller than the standard orders because the cordon bleu was tiny and the weinerschnitzel not a whole lot bigger. The biggest thing on the plate was the unidentified sausage, a rather cheap and benign variety looking like a big hot dog, only tastier. The spätzel was OK and the red cabbage/sauerkraut decent, but everything was, like the fondue, lukewarm and unimpressive.

Based on the speed in which both the fondue and feast arrived, very quickly, it seemed obvious that everything was pre-made, maybe nuked or stored in a warming tray, then thrown on a plate. Maybe that is why they are closing or it could be because they are closing, they just do not care any more because that was the impression I got from the staff and the food. 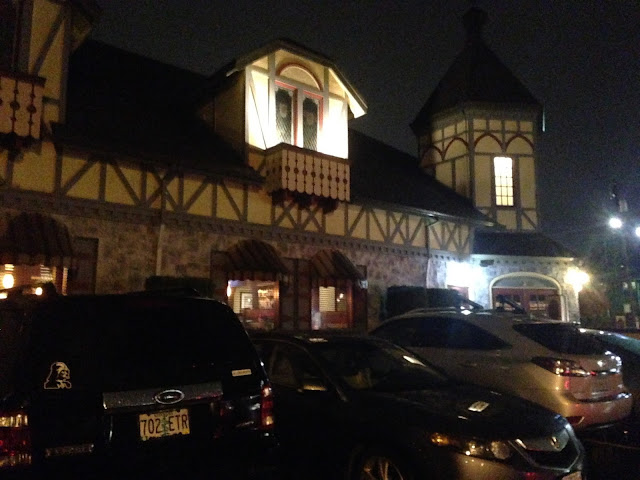 They will apparently be demolishing the beautiful building in early 2017, so make sure you visit during the last 5 weeks of 2016 and this Portland institution's existence if you are in the mood for fair, lukewarm German food and mediocre, apathetic service ... auf wiedersehen Rheinlander!

CombatCritic Gives Rheinlander A Parting 5 Bombs Out Of 10 ... More Bombs Are Better!

Title: Portland, OR: Apathetic Staff And Unfresh Food Were Not All That Gut ... Auf Wiedersehen Rheinlander!