Portland has dozens, if not hundreds, of wonderful restaurants, but trying to find a family-style, mom and pop, down-home Italian restaurant without the foo foo plates, faux gourmet tiny portions, and absurd prices is like trying to find a liberal at a Trump rally. Then I saw Denicolas menu, photos and reviews online, and briefly, very briefly, had some hope. 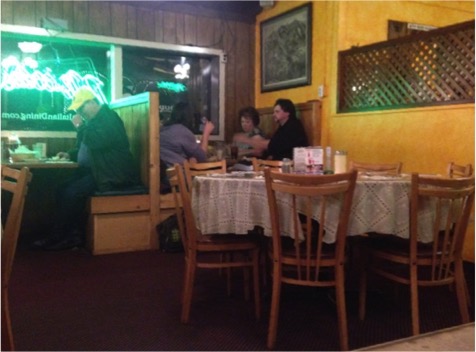 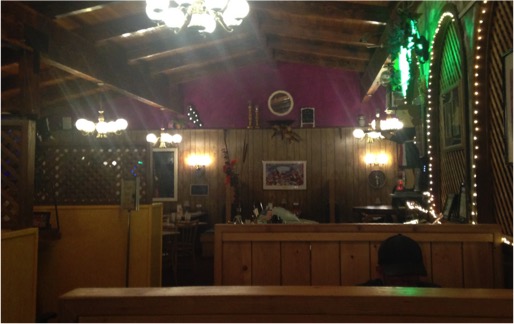 The smell was right when we walked in, but the place looks more like a Denny's than an Italian restaurant, bright lights, vinyl booth seats, and all. It took our server ten minutes to greet us and we rarely saw her after that. She took our order and brought us our bill, but other staff members did everything else. 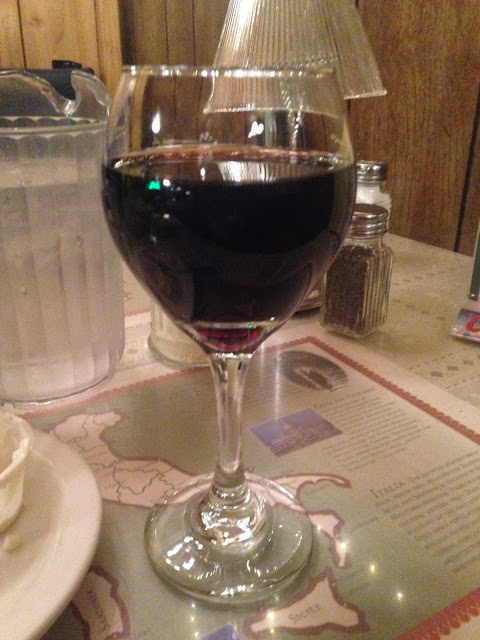 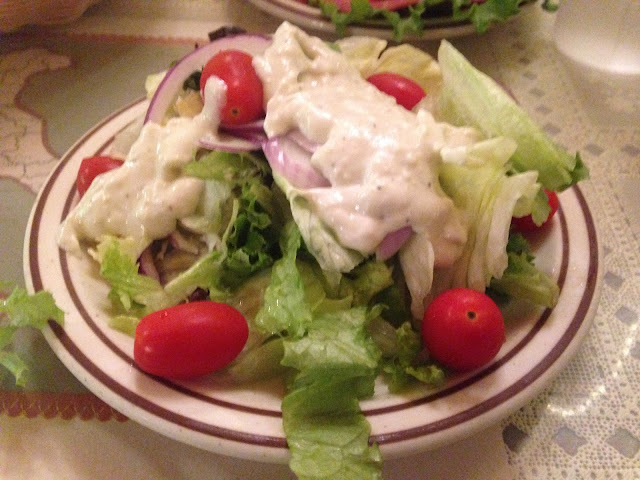 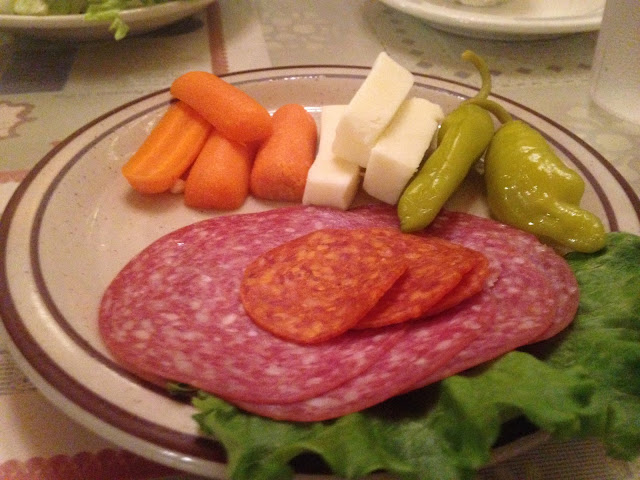 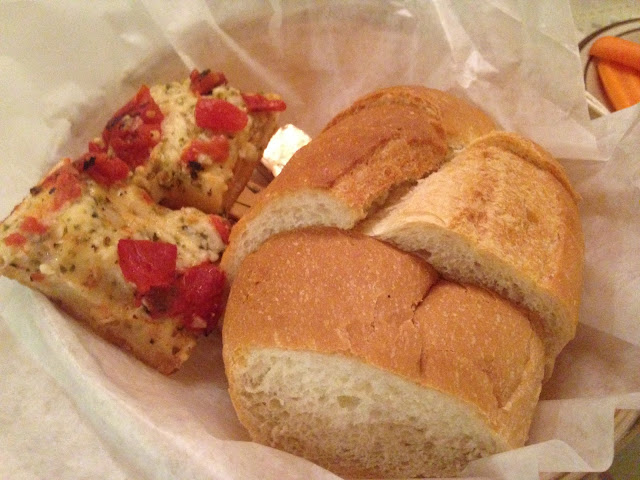 I had a glass of wine, the Dolcetto di Dogliani (2005), an Italian red ($6.25) that was decent for the price. The salads were small and simple, but fresh with romaine, grape tomatoes, and dressing on the side. The antipasto consisted of a few carrot slices, three small cubes of mozzarella, pepperoni and salami, and some peperoncini for two of us to share, accompanied by four slices of Italian bread and four small squares of focaccia topped with herbs and tomatoes. So far, so good. 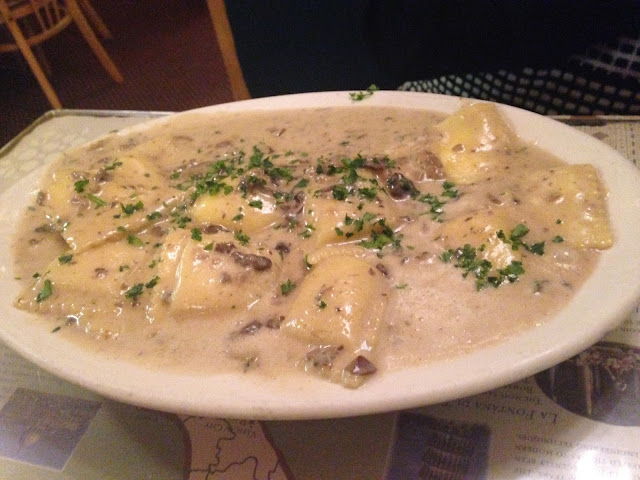 My wife's ravioli looked mass produced and frozen, but were plentiful and not that bad, and the mushroom Marsala sauce was actually very good. When my wife, who was born and raised in Italy, thinks American-Italian food is good, that is not a bad sign. She liked the sauce, but thought there was too much Marsala, but I had to disagree because there can never be too much Marsala ... Bravo! 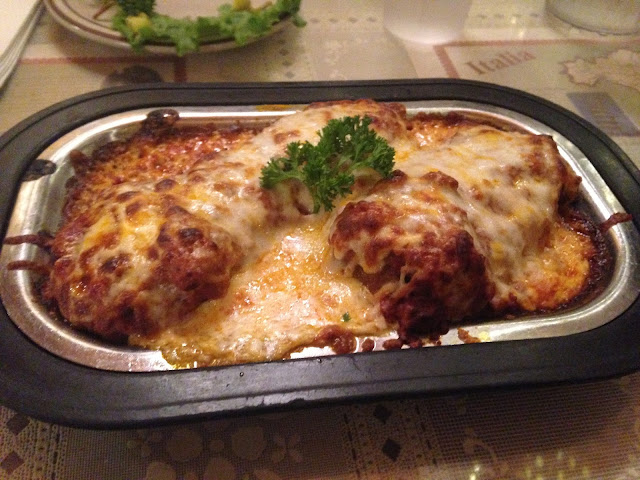 The veal was plentiful, but, like many places, a bit too thick, not pounded as thin as it should be before being breaded and pan fried. The veal was topped with ample sauce and mozzarella, then put under the broiler a tad too long. It was not bad, not the worst, but far from the best ... "così così" ("so-so" in Italian and pronounced like the word "cozy") as my grandfather would have said. The accompanying pasta with "meat sauce" had very little meat (or as the Wendy's lady used to say: "Where's the beef?") and was a bit on the skimpy side with barely enough sauce to coat the pasta. Once I did combine the two, adding a ton of parmesan for flavor, I saw that the pasta had not been drained well and there was water pooling underneath, one of the ten deadly sins of pasta serving (second photo below). 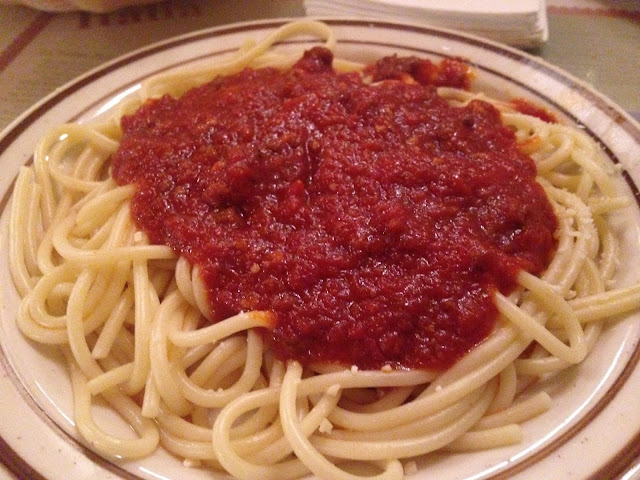 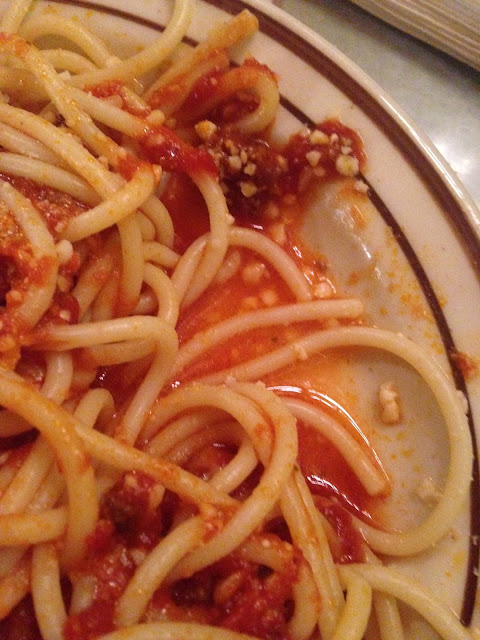 The prices were not that bad, the food not that great, and the service only adequate. Denicolas would definitely be the best Italian restaurant in Lawrence, Kansas (not a high bar), one of the worst in Brooklyn, New York, and in Portland "così così" if that tells you anything.

CombatCritic Gives Denicolas 5 Bombs Out Of 10 ... More Bombs Are Better! 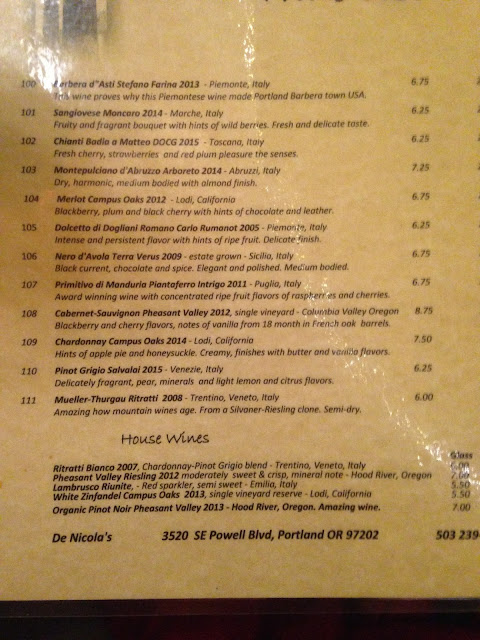