Le Central was one of my favorite restaurants … anywhere … and I have eaten at some of the best restaurants in the 41 countries I have visited so far in nearly 60 years on this planet. A short story of my last visit ... 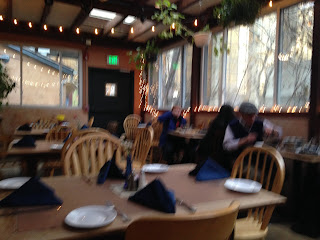 I was in India studying Buddhist philosophy with the Dalai Lama, but found out that my mom was hospitalized and dying, so I made my way over a 72 hour period to be by her side in Colorado Springs. She died four days later. Long story short, I was taking my wife to the Denver airport so she could return to work and we decided to stop at Le Central for their Happy Hour menu.

We had been gone for seven years, but the place had not changed except for the being open in the afternoon with a limited, but exceptional menu. They offer a $3 glass of wine, escargots, crepes, their fabulous mussels and French fries (moules frites). 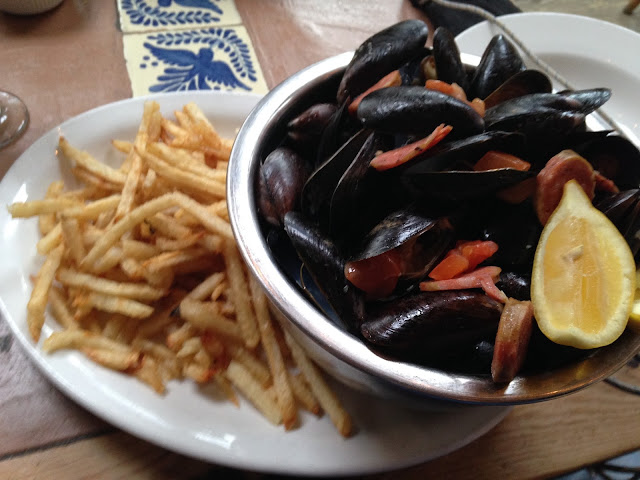 I had a glass of pinot noir ($3), which was excellent, the escargots in brioche ($7), and the moules Portuguese ($12.95).  The pinot noir was dry, a deep red, and robust. The escargots were superb as usual and I mopped-up every last drop with the wonderful French baguette.  The Portuguese mussels were excellent with slices of chorizo and chunks of fresh tomato in the white wine based broth infused with garlic although the broth was not as plentiful as I would have liked as was the case in years past. The frites were delicious, perfectly salted and hot, but by the time I de-shelled all of my mussels, they were not as hot as I would have liked … DRAT! 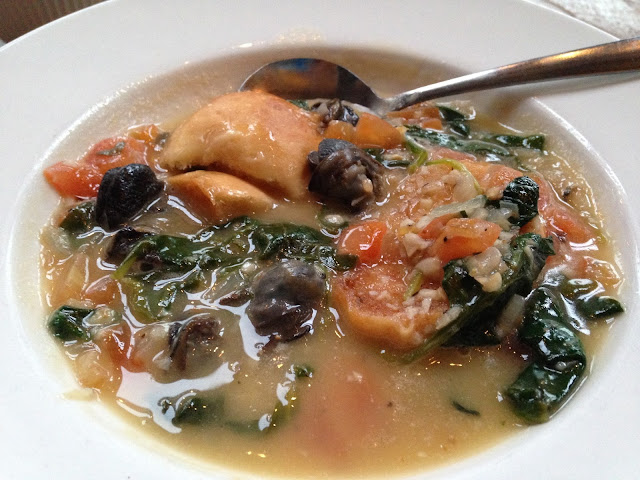 The prices had gone up a bit since we were there last, but Le Central was still an outstanding value.  The service always excellent, the food sublime and very reasonable, the wine list extensive, and the ambience country French.  If you did not have a chance to try Le Central, you do not know what you missed! 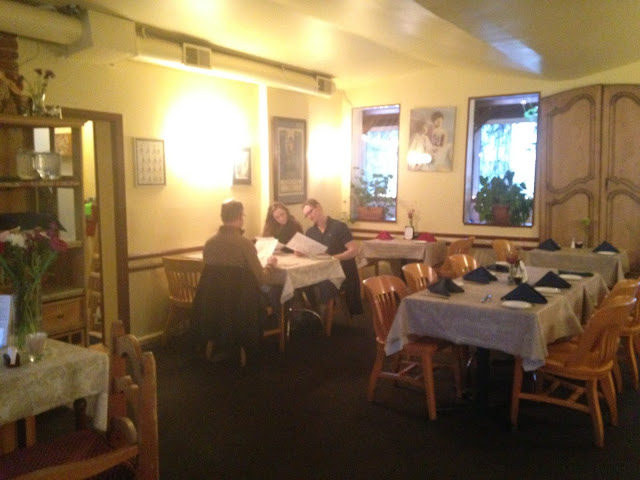 CombatCritic Gave Le Central the Coveted 10 Out of 10 Bombs In Their Last Review … Plus de Bombes Sont Mieux! (More Bombs Are Better)

End Note: I just found out in a Denver Post article (dated September 2nd, 2015) that Le Central closed in September 2015 after 34 years in business and it honestly felt like a lost an old friend. There are few restaurants as good or as good a value as Le Central was and she will be missed ... au revoir Monsieur Tournier, au revoir Le Central ... c'est la vie!