Tulsa, OK: Not The Wurst, But Pretty Gut

Having lived in Europe for six years and traveled extensively in Germany and other countries where schnitzel is a staple (Austria, Switzerland, Slovenia, Bosnia, Croatia, Macedonia, and Hungary to name a few), I have had some of the best and am therefore a bit more discerning than most American customers who have never eaten authentic schnitzel, For example, "Wiener" Schnitzel is made from "veal", not pork, but inexperienced travelers would never know the difference and an authentic German restaurant would not make the mistake of referring to pork schnitzel as wiener schnitzel. Anyway, Margaret's schnitzel, by comparison, was "OK". 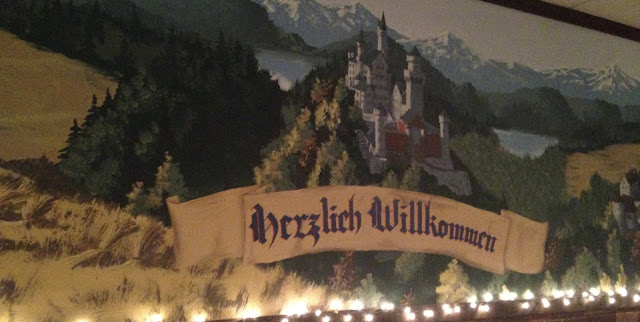 We were greeted by the tall, blonde owner who did not tell us her name, but told us she is actually Polish, having bought the German restaurant in 1989. We were seated at a table reserved for us in the semi-quaint back room furnished with German photos, beer steins, and a large mural of Austria's Neuschwanstein Castle with the phrase "Herzlich Willkommen" (heartfelt welcome) in the center. The service was in-fact welcoming and efficient, as should be the case in any German restaurant, but the music did not fit the theme and it was a bit too loud. 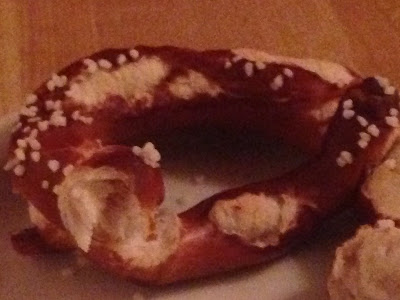 Starting with the prerequisite German dark wheat beer, a Weihenstephaner Hefeweissbier Dunkel (17 oz - $5.95), we ordered a pair of the German pretzels ($4.95) to share. The bottled beer (they have no drafts) was cold and good, the pretzels hot and salty with a spicy German mustard to add as needed. So far so good, but it is difficult to mess up a bottle of beer and a couple pretzels. 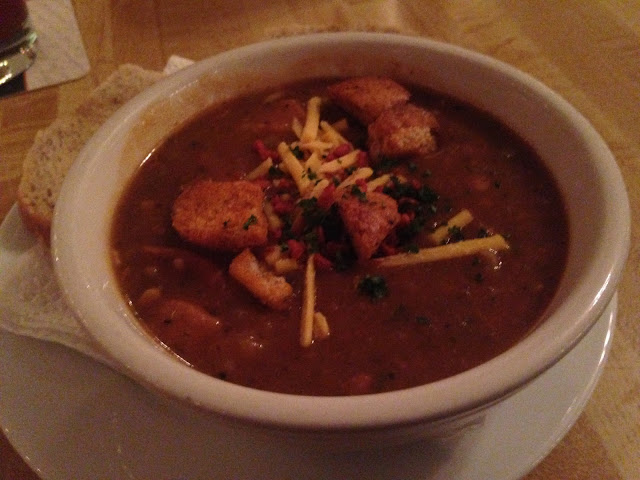 For our main courses, my wife ordered the Jägarschnitzel ($15.99) with spätzle and red cabbage and I the Klosterschnitzel ($16.99) with fried potatoes, saüerkraut and a side of Jäger sauce, both coming with a bowl of goulash soup. 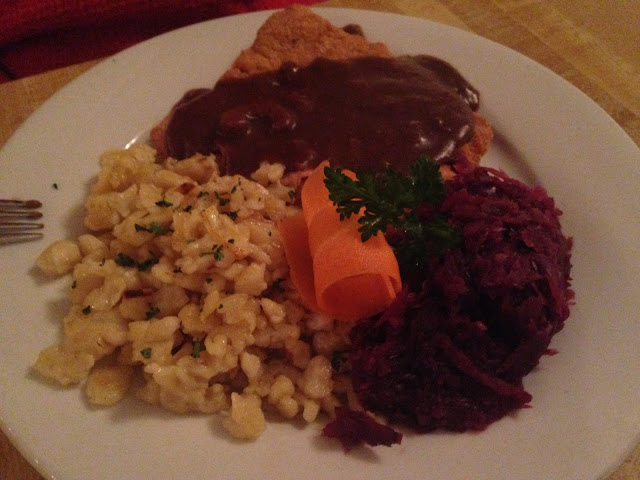 The goulash was tasty, but unlike any I have had before. Accompanied by two slices of German pumpernickel, there were croutons and a sprinkling of cheddar cheese on top and instead of the customary cubes of beef there were chunks of sausage, beans, peas and other veggies. It was spicy and pretty good, but not quite what we were expecting, particularly because my wife dislikes beans. 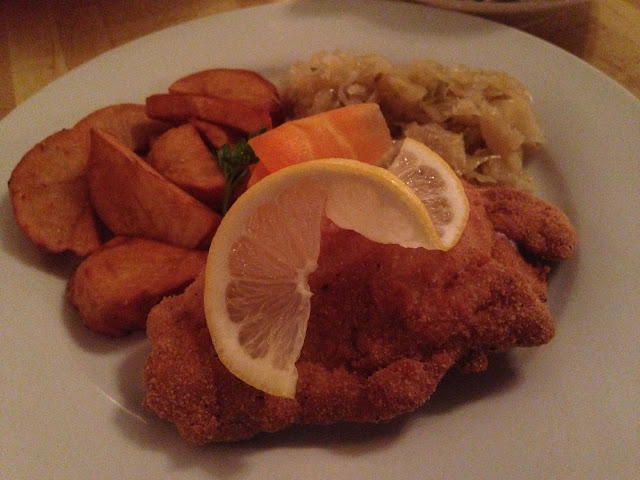 Both schnitzels were a bit on the small side, but well prepared. The Jägerschnitzel, a breaded, pan-fried pork loin, was topped with a typical hunter's sauce (brown gravy with mushrooms) that was not great, not tasting like it was made from scratch. The spätzle was decent and the red cabbage sweet and sour, but a bit soggy. The Klosterschnitzel, basically cordon bleu, a breaded pork loin stuffed with ham and cheese, then pan fried was also pretty good. Unfortunately, the fried potatoes looked more like frozen steak fries than any German fried potato I have ever had and the saüerkraut was unremarkable. 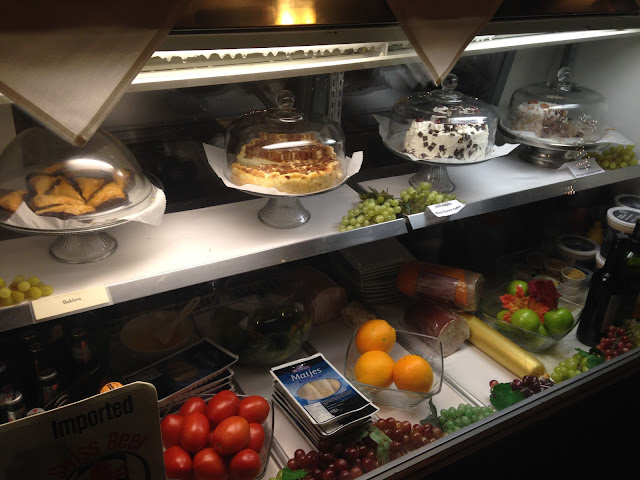 Overall, the service very good, the ambience decent, the food fair and the value average. Some German or Austrian background music would contribute to a more authentic atmosphere, the schnitzel could be a tad bigger, and the Jäger sauce definitely needs some work, but otherwise, Margaret's does a pretty good job with an uncommon cuisine south of the Mason-Dixon. 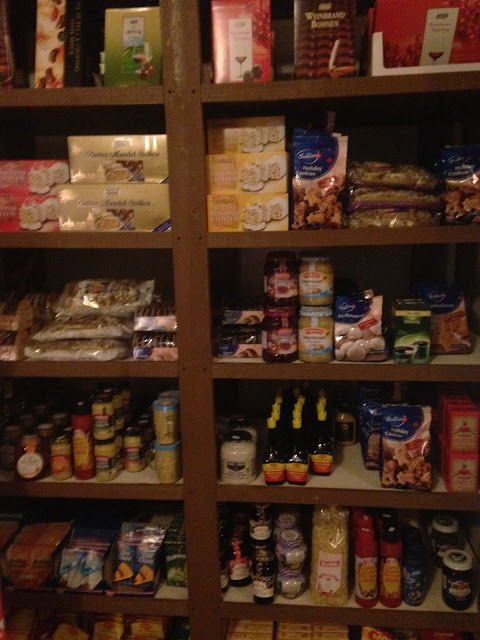 CombatCritic Gives Margaret's German Restaurant A Respectable 5 Bombs Out Of 10 ... Bombs Are Gut!

Title: Tulsa, OK: Not The Wurst, But Pretty Gut