We arrived 30 minutes earlier than our 6pm reservation because it was cold and rainy and we ran out of things to do in Tulsa on the day after Thanksgiving. There was plenty of room in the near empty restaurant and we were quickly seated. Twenty seconds after sitting down, our server, Amy, asked if we wanted anything to drink. She did not introduce herself (I had to ask for her name before we left), did not greet or welcome us, only saying "what would you like to drink?". The words "we'd like to start with ice water" were barely out of my mouth (I was about to order a glass of wine) when she cut me off saying "the wine and beer menu is right there". I then proceeded to order a glass of the house red wine ($6) when she asked, "Are you ready to order your dinner?", to which I replied, "we just sat down, can we have a few minutes please?". 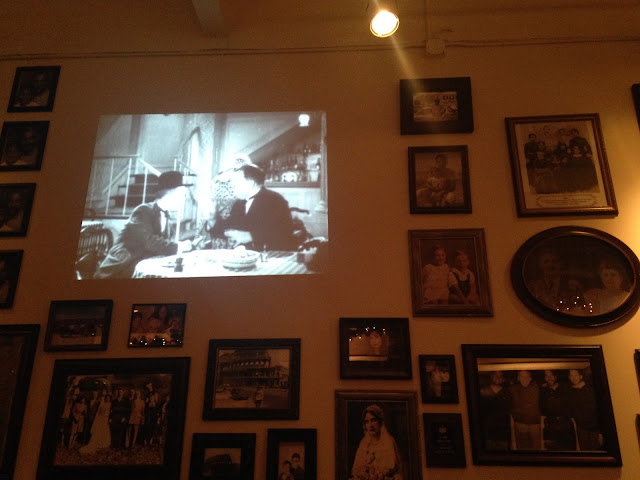 Our water soon arrived, then my wine a minute or two later, when again we were asked, "have you decided on your order?". "Not yet", I said, but Amy was back less than five minutes later, asking again and hovering like a helicopter apparently hoping to move us along so she could fill the table as many times as possible in one night. Finally, on her fourth pass we were ready to order, veal Marsala ($18.95) for my wife and veal parmigiana ($18.95) for me. After ordering, we noticed a board with specials listed behind us by the bar which Amy had failed to tell us about, but by then it was too late so we let it go. 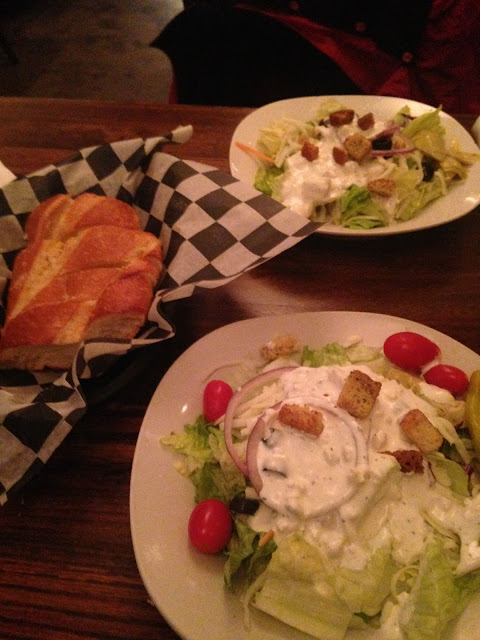 Dinners come with soup (minestrone or clam chowder) or salad (house or Caesar) and bread, and not surprisingly our house salads and what Amy called "garlic bread" soon arrived. The bread was toasted and good, but I could locate little if any garlic. The salads were of decent size and the best I have had in recent memory, with romaine and iceberg lettuce, sliced olives, shredded mozzarella, pepperoncini, artichoke heart, grape tomatoes, croutons and bleu cheese dressing. My wife eats faster than I do and finished her salad a few minutes before I did with Amy quickly scooping up her plate and looking at me like "aren't you done yet?. 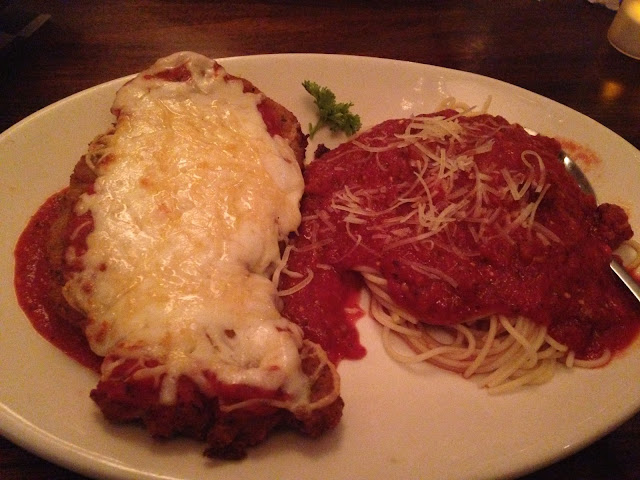 Once again, with little surprise, our meals quickly followed my salad plate being whisked away. My veal parmigiana looked quite nice, a good size portion of breaded veal covered with tomato sauce and baked mozzarella cheese and a side of spaghettini (not spaghetti as posted on the menu) with meat sauce. The veal was tender and very good, the pasta with a bit too much sauce as is the norm in many stateside Italian restaurants. The sauce was fair, nothing special, with little "meat" visible to the naked eye. Overall, I was pleased. My wife's veal Marsala was probably one third the size of my portion, maybe half when you factor in the breading on my parmigiana, and the sauce was creamy unlike any Marsala sauce I have ever seen. Although unconventional, it was also pretty good with a fair number of sliced mushrooms accompanying the four ounces or so of sauteed veal and a side of spaghettini also with the creamy Marsala. 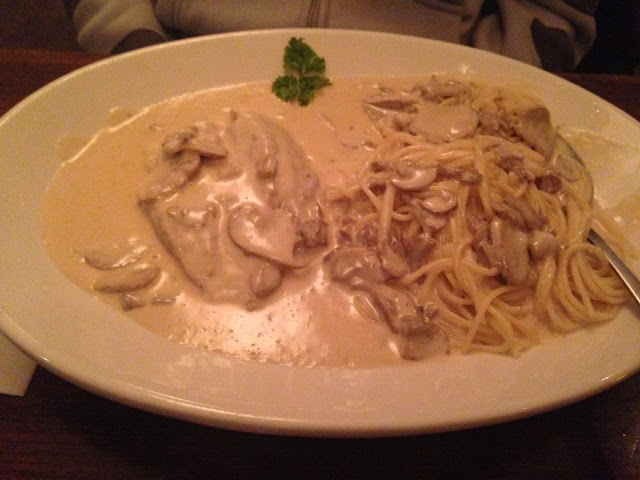 I had not even come close to finishing my meal when Amy swooped by again, taking my wife's empty plate and asking if we wanted dessert. "Would it be OK if I finish my meal first?" I thought to myself, but by then I was so fed up with the pushy service that I kept my mouth shut and went about eating my dinner. Amy was never unpleasant, only overeager to move us along and with a fake friendliness and forced smile, never once treating us like fellow human beings but more like cattle being led to slaughter. "Git along little dogies"! 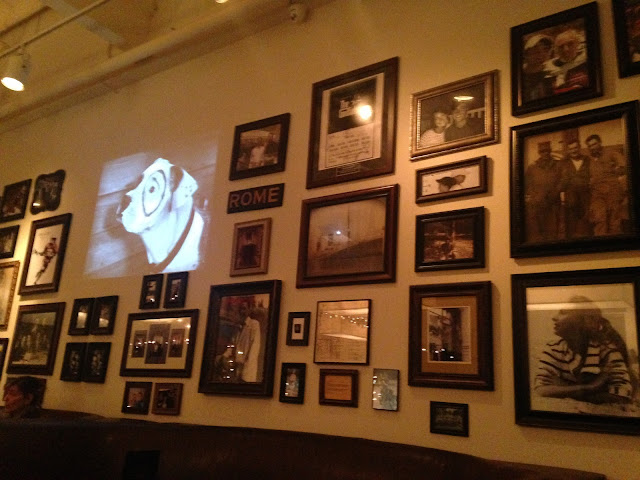 Beside the pushiness, Amy was efficient for fairly obvious reasons and we were never left waiting for anything. In fact, we were in and out of there in record time considering we had to eat a two course meal. The food was actually pretty good overall and the prices reasonable, probably meriting an additional star (or a bomb or two) in my rating had it not been for having felt so rushed. I would likely return again if in the area, hopefully in the seating area of a more personable and patient server. 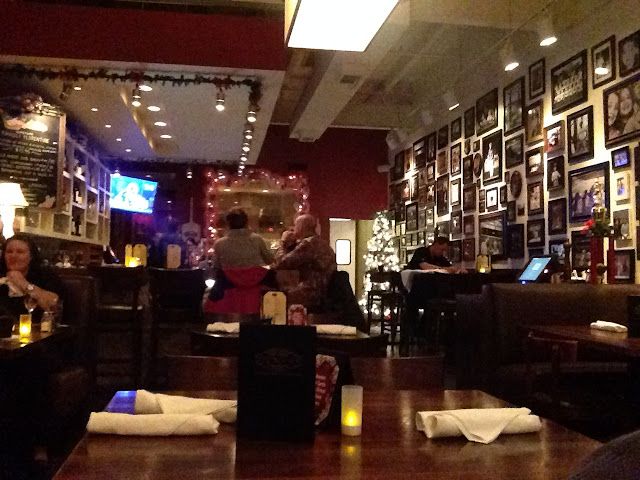